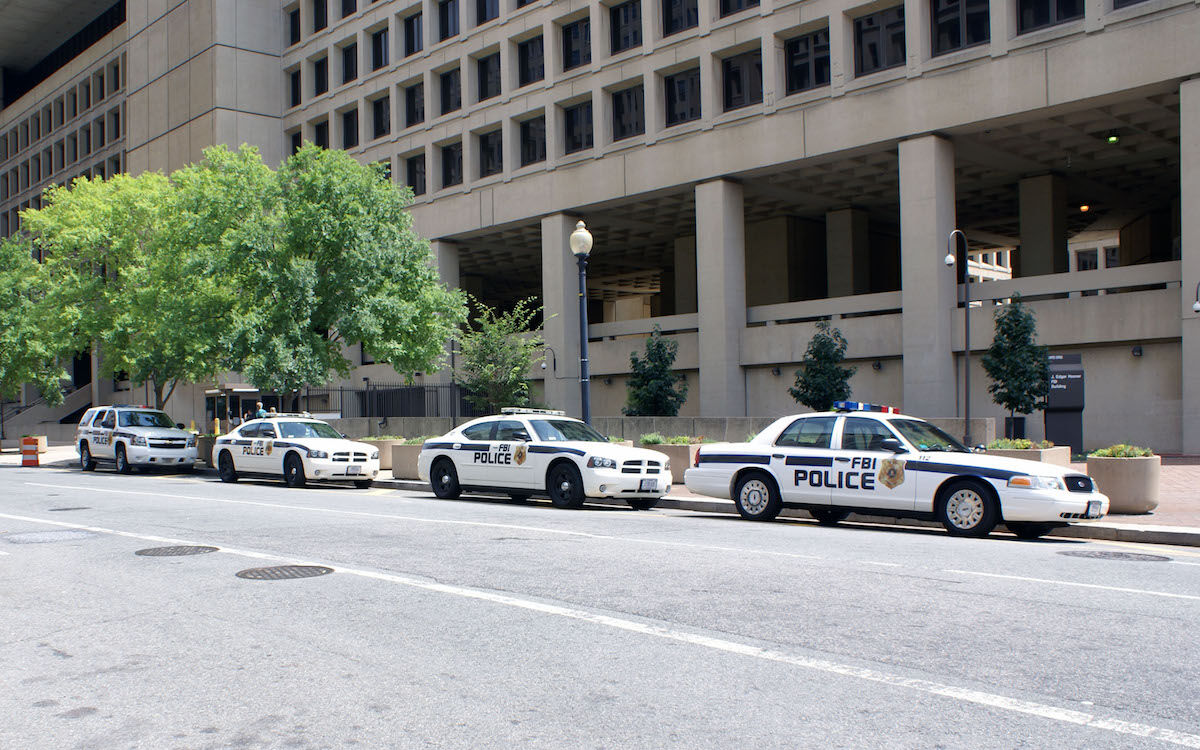 FBI vehicles. Photo by Matti Blume, via Wikimedia Commons.
On Tuesday and Wednesday, FBI agents raided a home and barn in rural northern Michigan belonging to Donald “DB” Henkel, an artist suspected to be behind a years-long string of forgeries. Of the alleged forgeries linked to Henkel, five purport to be by Precisionist painter George Copeland Ault, two by Ralston Crawford, and one by Surrealist painter Gertrude Abercrombie. In addition to the paintings, Henkel is tied to a forged drawing of Mickey Mouse signed by Walt Disney, and fabricated sports memorabilia purported to be linked to Willie Mays, Lou Gehrig, and Babe Ruth. Sales of paintings linked to Henkel include a purchase by New York City’s Hirschl & Adler Galleries, which spent about $500,000 buying two of the supposed Ault paintings. Sales also include that of a faux-Crawford painting titled Smith Silo and an Abercrombie painting titled Coming Home, which went for $395,000 and $93,750, respectively.
Red flags were set off after an unnamed purchaser paid $200,000 for an Ault painting titled The Homestead, but was unable to find details of the work in the artist’s records. A conservator examined the painting, and as the FBI told The Detroit News, “the conservator believed the painting was made in acrylic paint, a paint type not of the period when the painting was purportedly painted.” Acrylic paints were made commercially available in the 1950s, and George Ault died in 1948.“These were very beautiful–fake or not. Whoever did this is quite an accomplished artist—just not the artist he or she purported to be,” Elizabeth Feld, managing director of Hirschl & Adler Galleries, told The Detroit News. “This is every dealer’s nightmare.” An FBI agent also told the Michigian publication “the barn contains other paintings that may be forgeries, as well as more paintings that appear to be in the process of being modified,” in addition to “other artwork that appears to be in progress, as well as baseball bats, baseballs, and other memorabilia."
Arrests have yet to be made, though the search warrant indicates the FBI is also investigating alleged co-conspirators in California, Florida, and Virginia.DB Henkel’s eight-foot tall bronze fountain statue Rainman (2011) was an entry in a past edition of the Grand Rapids, Michigan contest ArtPrize and has since been installed in a local shopping development.

Further Reading: How Forgers and Grifters Have Conned the Art World for Generations