JONG AGAIN (after all these years)


Erica Jong’s ‘Fear of Dying’ Defies the Sunset of Sex

Stories from Our Advertisers

Advertisement
Posted by Cabecilha at 5:36:00 PM No comments:

Continue reading the main story
On Aug. 24, the chef George Mendes’s ultramodern, Iberian-inspired restaurant, Aldea, shut its doors for 10 days. Six years after its opening (and five years after receiving its first Michelin star), the time had come, he explains, for some long-awaited updates. “The relaunch itself has probably been on my mind for the past year and a half to two years,” he says. “I wanted to take this on full force — what started out as a need for wear-and-tear renovations became an opportunity, in the summer months, to close down, do a complete renovation from head to tail, make changes at the bar and revisit the menu.”

For those who already love Aldea, there’s still much to appreciate in the newly relaunched restaurant, which opens Sept. 4. “We will still have our signature dishes as verbal specials, like the duck rice, but we’ve spread our wings and evolved from a creative aspect. We hit a point where it was a constant menu of signature dishes that left little room for evolution,” Mendes says. Now, he’s offering a new structure with a focus on tasting menus. “I think a tasting menu is a chef’s story. It’s what the chef is presently thinking. It’s an art and a craft and the ability to have a dialogue, while experiencing drastic creativity,” he says. He’ll emphasize new flavors, new ingredients and even new cooking styles — and tend more toward simplicity. The wine list and signature cocktails will also receive an overhaul. However, the kitchen will remain visible to the dining room, something Mendes feels strongly about. “I have always liked that openness and the ability to communicate with the customer,” he says. “It’s more than transparency, but the shared experience with the cook, observing reactions.”
Among the options on the new menu — from salt cod with potato, egg and black olive to a fat rice featuring duck sausage, clams and squid — is a superb veal sweetbread. “I have always loved the crunch of pan-fried sweetbread,” Mendes says. “I also enjoy using innards and parts of animals that are less popular. This is going to be something that people will relate to and something people have never tried.” While pork has received a lot of attention lately, veal has been all but forgotten in haute cuisine; in Mendes’s sweetbread, it comes to life in an entirely unexpected way. “The way I have approached the Aldea menu is very personal and present — that’s really what the restaurant has been and continues to be,” he says. “Now, as I have matured in the kitchen and my personal life, it carries over.”

Yield: 4 servings
Sunchoke Miso Purée, recipe below
Sweetbreads, recipe below
Candied Meyer Lemons, recipe below
Seasonal baby lettuce
Oil, salt, pepper and strips of piquillo pepper, to taste
1. Place a dollop of the purée in center of the plate.

2. Arrange the sweetbreads on top with a few thin slices of the candied Meyer lemon peels on each side.
3. Garnish with seasonal baby lettuce dressed with olive oil, salt and pepper and a few strips of piquillo pepper.
Advertisement
Continue reading the main story

1.6 pounds sunchokes
1 bay leaf, torn
5 thyme sprigs
Salt, to taste
Extra virgin olive oil, to taste
112 grams or ½ cup white miso
Lemon juice, to taste
1. Wash and scrub the sunchokes. Toss them in olive oil, salt, bay leaf and thyme. Place them in a roasting pan, wrap in foil and roast at 375 degrees for 20 minutes or until tender.
2. Drain off the oil and cooking liquid. Purée until smooth.
3. Reserve the purée and add the miso. Season with salt and lemon juice.

1. Blanch the sweetbreads for 3 minutes in simmering water. Plunge into an ice bath to stop cooking.
2. Pat dry and dust with Wondra flour, salt and pepper.
3. Pan-fry until golden brown and crispy.

2. Blanch the zest in boiling water and plunge in ice bath. Repeat twice.
3. Make a simple syrup by mixing Meyer lemon juice, equal parts sugar and star anise and simmer until dissolved.
4. Simmer zest in simple syrup until tender.
Posted by Cabecilha at 5:24:00 PM No comments:


10) ou será por exemplo porque---»»»   “When you go to Europe, they treat you well, they give you a house, they pay you money, they take care of your health,” said Ali Hattam Jassim, 37, whose brother recently arrived in Belgium. “We have so many friends there, and they tell us how great the life is.”

:::»»»  Emboldened by the recent wave of news coverage showing their countrymen and fellow Arabs fleeing the war in Syria and reaching Europe, many Iraqis see a new opportunity to get out......

The president of the European Commission offered a plan on Wednesday to share the burden of resettling 160,000 people in Greece, Hungary and Italy, the three countries where the most migrants have arrived in Europe.

The plan assigns each member state a number of people based on its economic strength, population, unemployment and the number of asylum applications it has approved over the last five years.

Based on the proportions outlined in theproposal, here are countries that have alreadyapproved asylum applications at a rate …


Higher than the quota 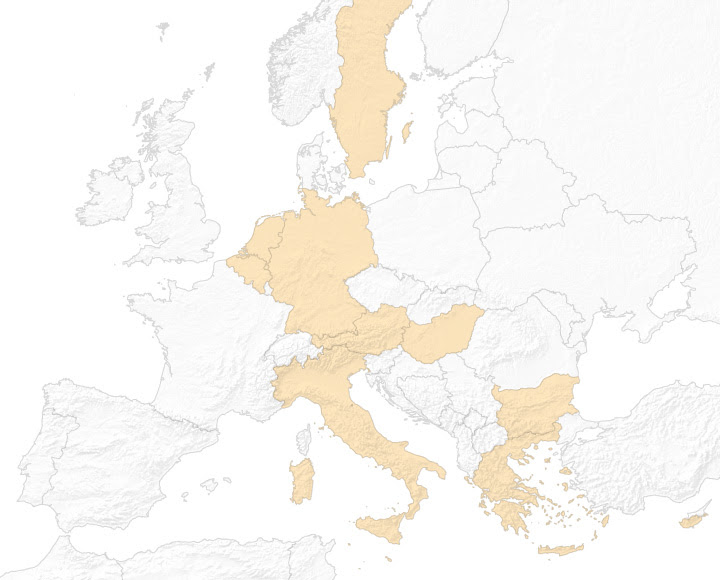 Lower than the quota 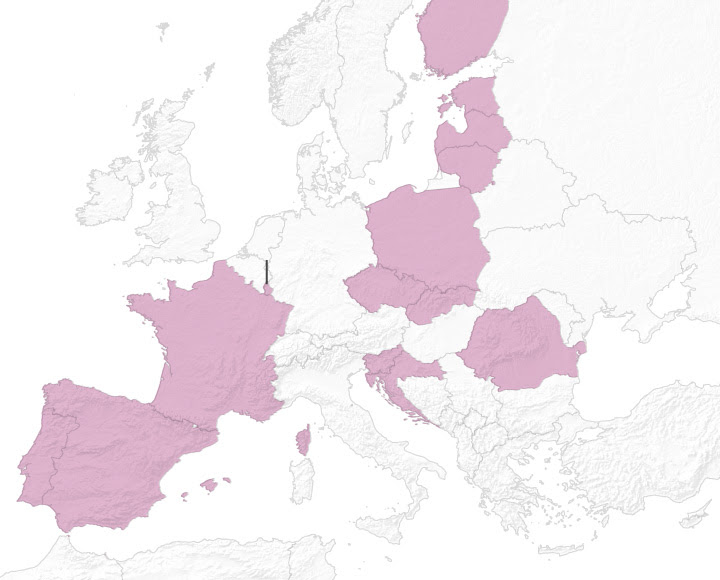 
Source: New York Times analysis of demographic, economic and asylum data for each country. Note: Britain, Denmark and Ireland are exempt from the new relocation proposal.


The proposal is not comprehensive: Hungary has already received nearly three times more asylum applications than the 54,000 from those who would be redistributed. But the quotas would be a sign of cooperation in Europe, and they may be a starting point for further distribution.


“We now need immediate action,” said the European Commission president, Jean-Claude Juncker, in his State of the European Union speech. “We cannot leave Italy, Greece and Hungary to fare alone.”


There is no guarantee that ministers will accept the plan, which Mr. Juncker asked member states to approve at a meeting on Sept. 14. European Union leaders failed to agree on far more modest quotas at a summit meeting in June, and many governments must contend with the growing support of populist or anti-immigrant groups.


These charts use the proportions from the quotas proposed on Wednesday to assess which countries have taken on a higher share than the proposal would require, and which have not.

If the proportions proposed onWednesday went into effect now:


A country’s population and its gross domestic product account for 80 percent of the formula used to calculate the proposed quotas. The European Commission has said that larger populations and economies “are generally considered more able to shoulder greater migration pressures.”