masterpieces from the Gilman and Gonzalez-Falla collection 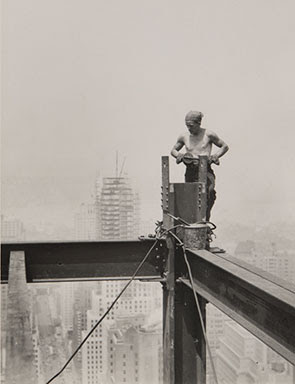 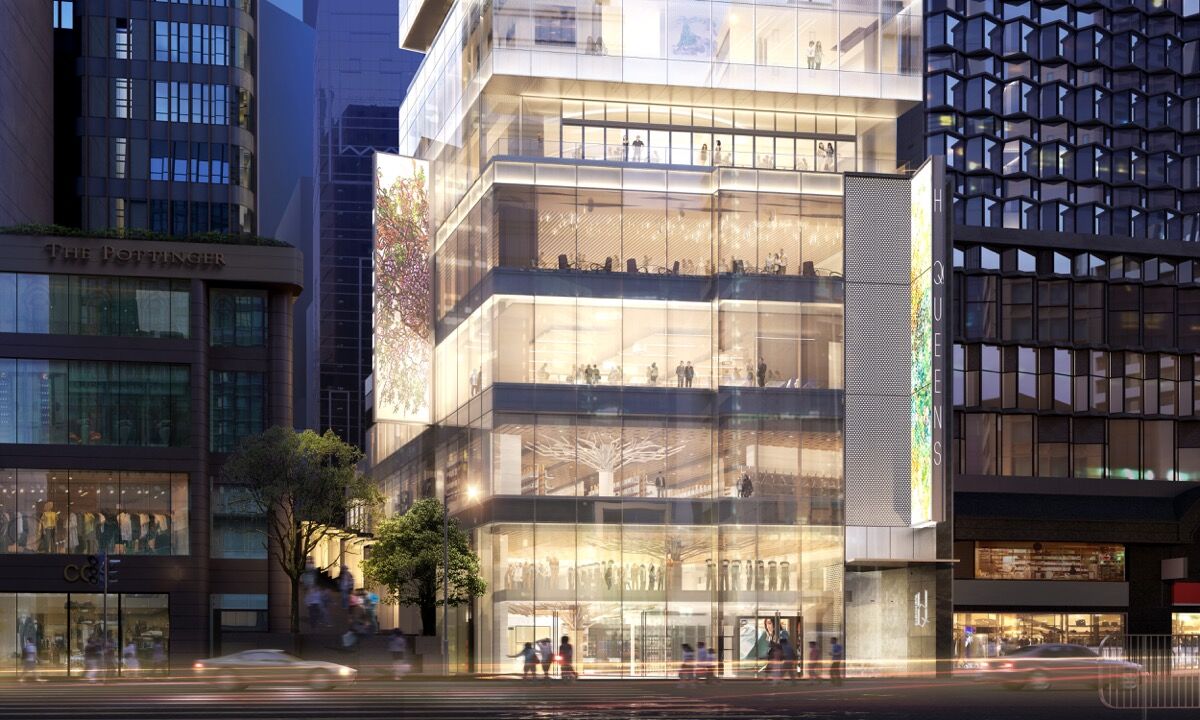 Rendering of HQueen’s. Courtesy of Sutton.
International galleries have flocked to Hong Kong over the past decade, beginning in earnest with Ben Brown Fine Arts in 2009 and intensifying following the purchase of the Art HK fair by Art Basel in 2011. Thanks to this influx, the city, which has long been the region’s financial hub, has become the center of the art trade in Asia. However, densely populated Hong Kong’s historic buildings, with their low ceilings, compact floor plans, and high rents, have put substantial limitations on all but a few major galleries’ ambitions of what they can show in Hong Kong—and on the ultimate aspirations of the city’s art scene as a result.
A new addition to the Hong Kong skyline, H Queen’s, is out to change that. Eleven of the building’s 24 floors have so-far been purpose-built for seven galleries and one auction house; the structure features open floor plans, UV coated glass walls, high ceilings, and a gondola system to lift large crates of works. Hong Kongers got a sneak peak into the H Queen’s offering in December with the opening of Tang Contemporary Art. 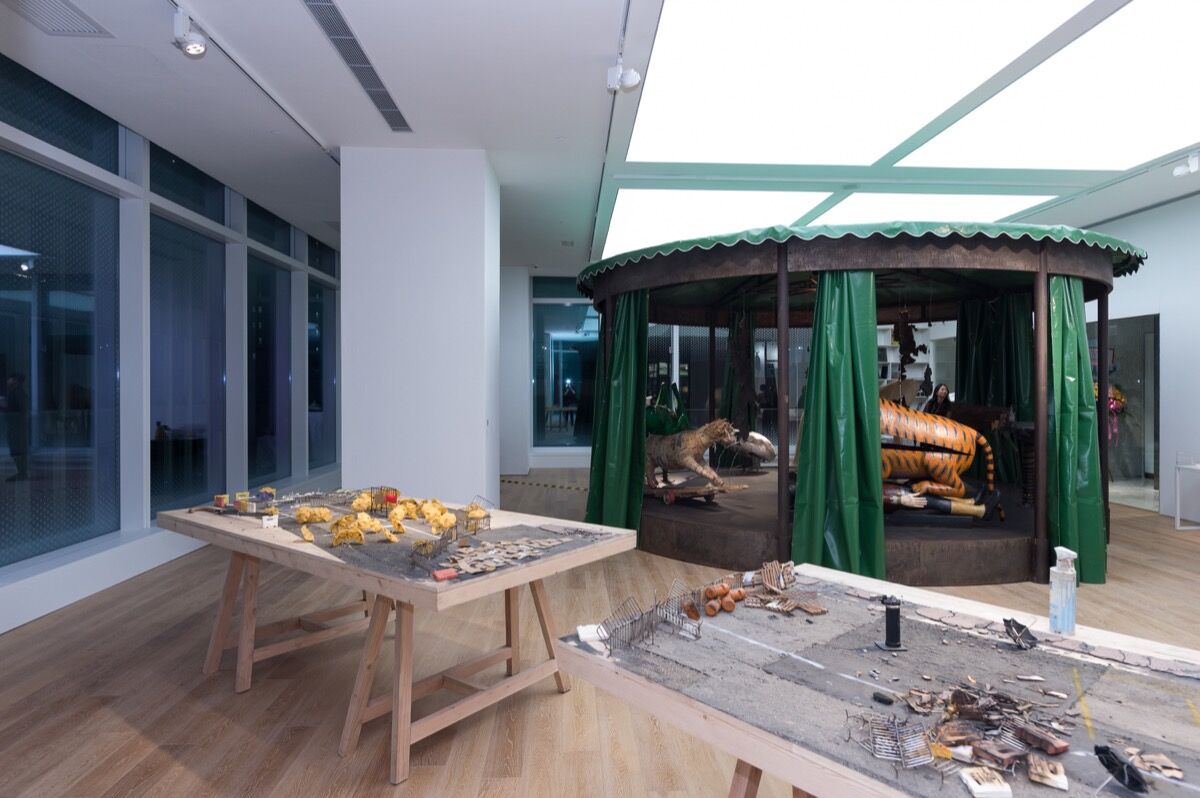 Installation view of Tang Contemporary’s “Theater of the World.” Courtesy of Tang Contemporary.
On Saturday, David Zwirner becomes the first of several international mega-galleries to open outposts in H Queen’s, to be followed by the likes of Hauser & Wirth, Pearl Lam Galleries, and Pace Gallery, all opening just ahead of Art Basel in Hong Kong in late March. Jennifer Yum, who left Christie’s to direct Zwirner’s new outpost alongside former Shanghai dealer Leo Xu, said the dealer began looking to open a space in Hong Kong years ago but hadn’t found a suitable location until seeing the plans for H Queen’s.
“What drew the us to this particular space were the open ceilings, open air, and the opportunity to make Central Hong Kong more of an arts district,” she said.
The inaugural show, which coincides with Zwirner’s 25th anniversary celebrations in New York, features the work of Michaël Borremans: unsettling depictions of bloodstained cherub-like children, some of whom have been partially dismembered, set sparsely against taupe cloth-like backdrops as if being photographed in a studio. Borremans describes them as a metaphor for the human condition. 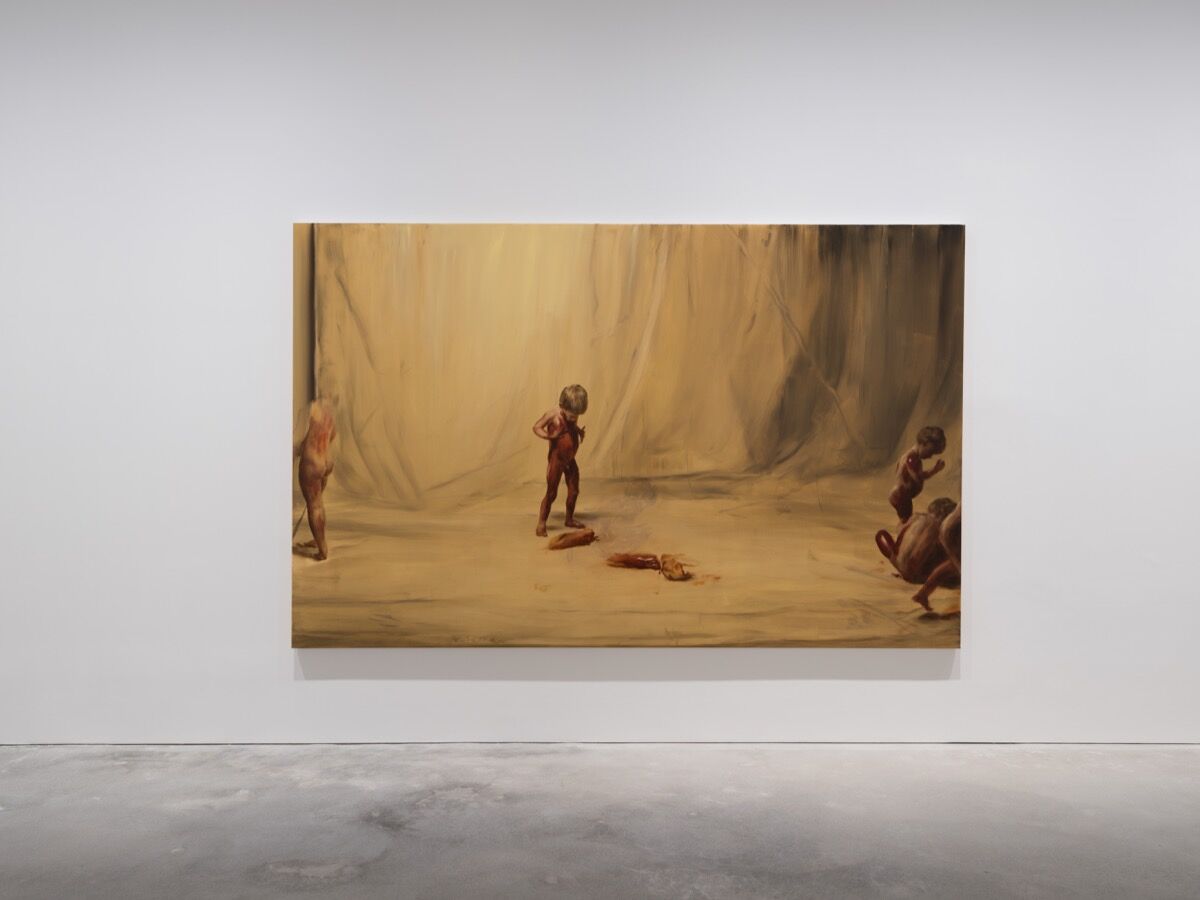 Installation view of Michaël Borremans, “Fire from the Sun,” David Zwirner Hong Kong, 2018. © Michaël Borremans. Photo by Kitmin Lee. Courtesy of David Zwirner.
H Queen’s was inspired by architect William Lim’s personal experiences as a collector in Hong Kong, spending Saturdays walking up and down the hills of Central to attend exhibitions and openings. “It was an awful experience to go to galleries, especially the ones in office buildings,” he said. “I saw an opportunity with the growth of Art Basel and the scene in Hong Kong, that there was actually this need.”
Lim’s team took cues from the growing association of contemporary art in Greater China as being part of a larger lifestyle and decided to fill its remaining floors not with office space but with other activities demanded by gallery goers. That includes restaurants such as Écriture by celebrated Hong Kong restaurant group Le Comptoir and luxury brands like Audemars Piguet.
“From the beginning we realized it was essential to have more than just art,” said Kristine Li, Deputy General Manager of Portfolio Leasing at H Queen’s developers Henderson Land Development Company Limited.
The idea is to allow people to wander off the highly trafficked Queen’s Road, make their way into a gallery, head downstairs for a cup of coffee or a bite to eat, then jump back on the elevator to continue their gallery hop. 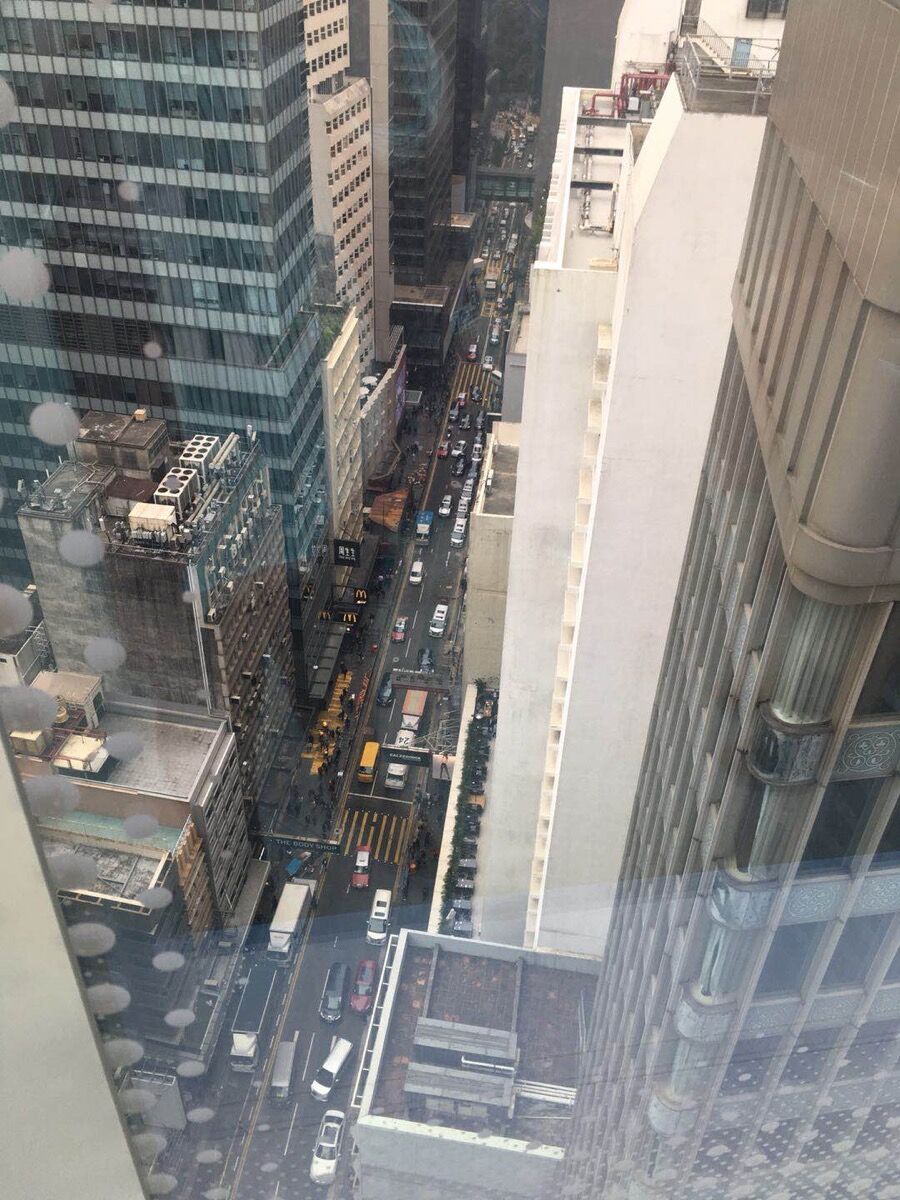 Shot of the street from inside HQueen’s. Photo by Sarah Forman.

Rendering of HQueen’s. Courtesy of Sutton.
The benefits of the improved viewing conditions at H Queen’s are ample for collectors but Lim also hopes the building can engage and educate a wider public about art. “Galleries shouldn’t be intimidating. They should welcome visitors, bring schools in; this is how you’ll encourage the development of art by having people see more art,” he said, echoing hopes Zwirner director Xu articulated when he announced the closure of his Shanghai gallery and move to Hong Kong.
H Queen’s is far from the only location set to take on such a role in Hong Kong. The city’s major museum for visual culture, M+, is scheduled to open in 2019, and renovations continue at the former Central Police Station, or Tai Kwun, which is being transformed into a cultural and arts hub. But by the time the international art world descends on Hong Kong for Art Basel this Spring, the city’s art market epicenter will be H Queen’s.
Sarah Forman
Posted by Cabecilha at 12:02:00 PM No comments: