think outside the box... 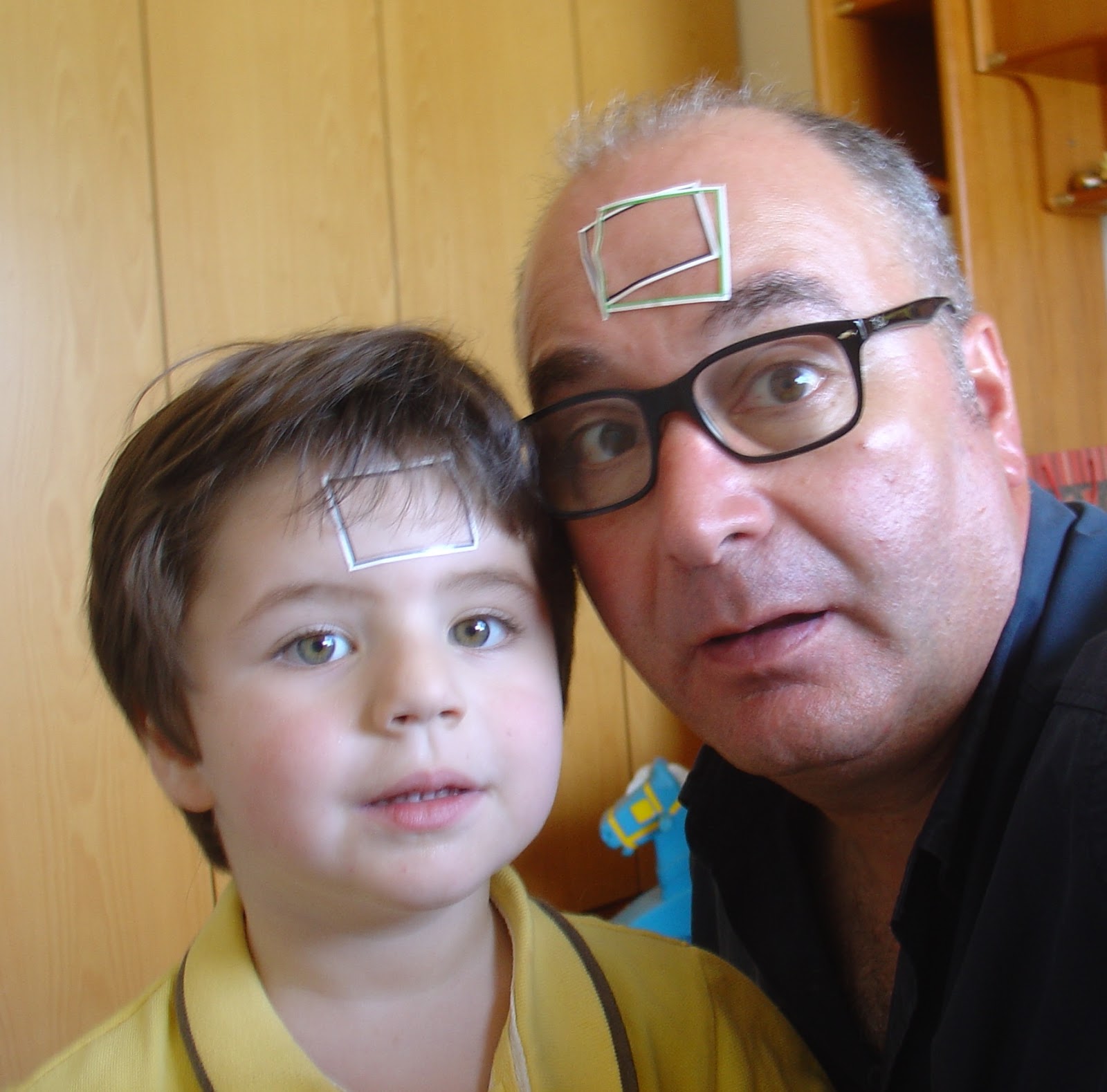 PART TWO: THE RETURN OF a selfie modulated by the obtrusive ruses of perception AND THAT THEREFORE can only be considered an ersatz of the ultimate ego trip 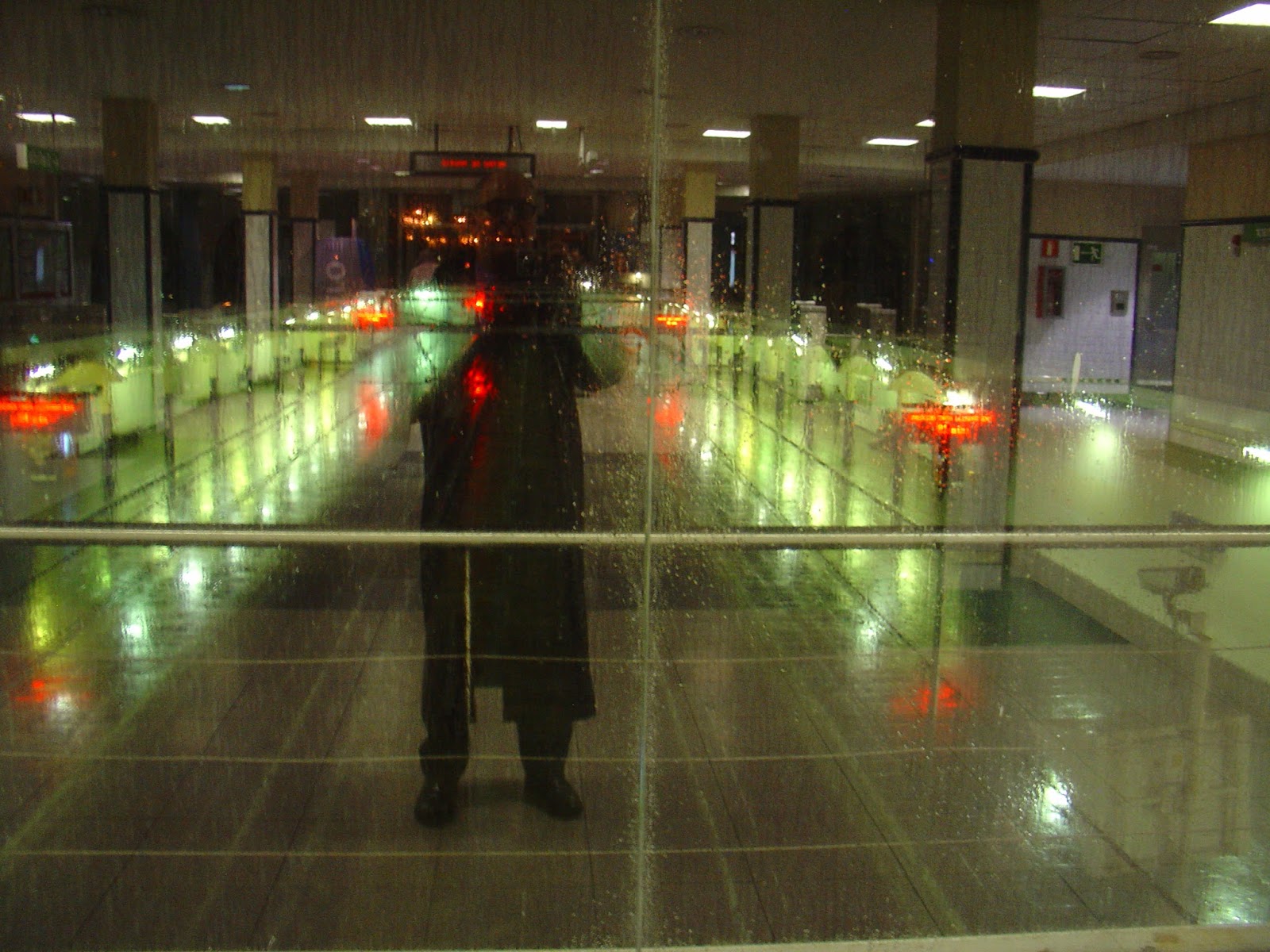 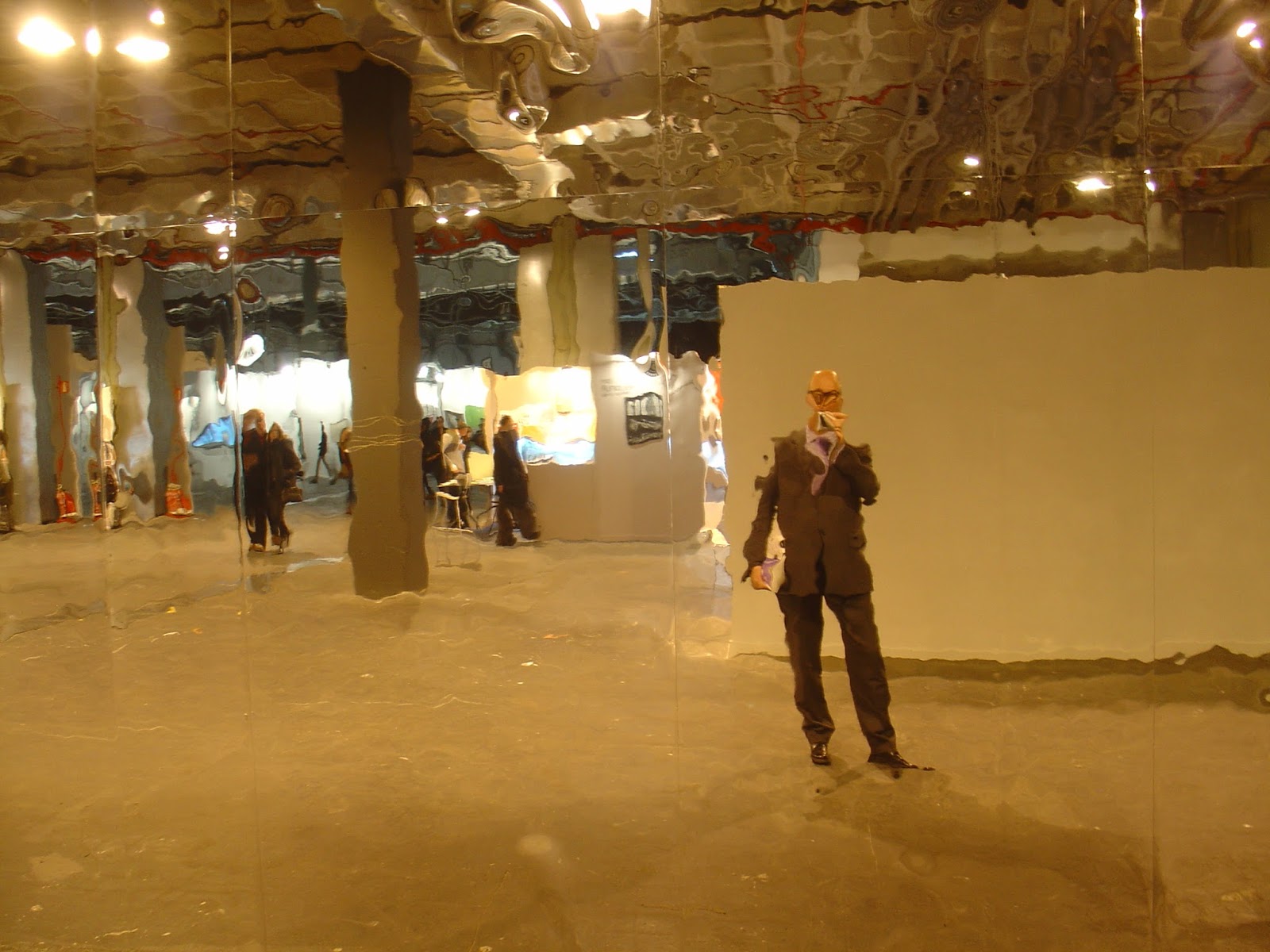 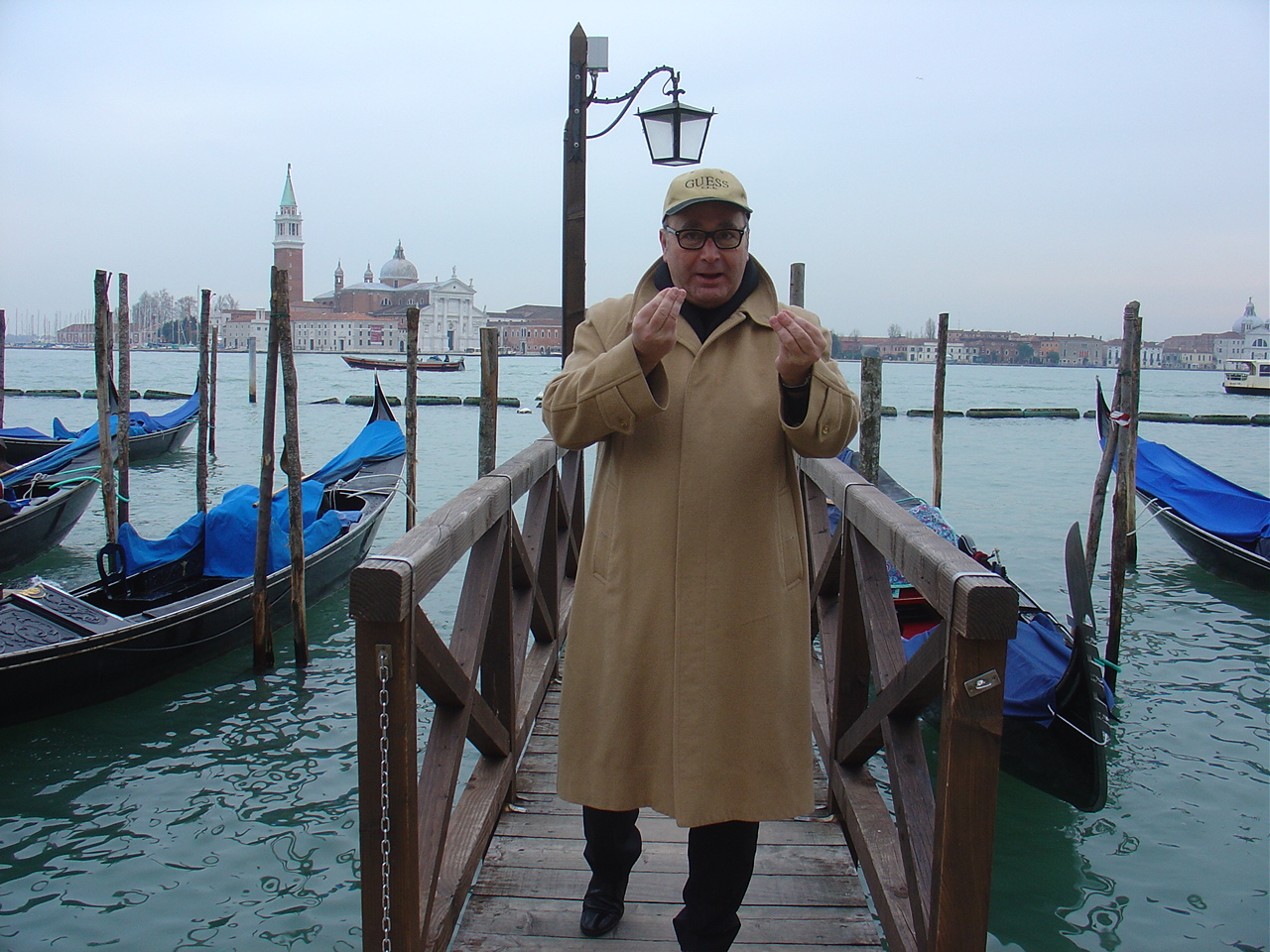 The Floating Piers: Christo's project on Lake Iseo. Photo: Wolfgang Volz © 2015 Christo
Christo debuts his first completed public project this month since his 2005 collaboration with Jeanne-Claude on The Gates in New York. The Floating Piers (18 June-3 July) is a fully-functional modular floating dock on the scenic Lake Iseo, the fourth largest lake in the northern Italian region of Lombardy.

The three-kilometre pier connects the communes of Sulzano and Monte Isola to the island of San Paolo with 70,000 sq. m of yellow fabric atop 200,000 floating polyethylene cubes.

Visitors will be able to walk the length of the pier across Lake Iseo. The pier continues for one-and-a-half kilometres onto the pedestrian streets of Sulzano commune and San Paolo. After its 16-day duration, the pier will be removed and recycled.

PILZONE, Italy — It was a long-held dream, but finally, this week, the artist Christo walked on water.
On Thursday, the artist tried out his latest project, “The Floating Piers,” a walkway stretching three kilometers, or nearly two miles, to connect two small islands in Lake Iseo, in Italy’s Lombardy region, to each other and to the mainland.
Christo walked on the floating walkway of puckered yellow-orange nylon fabric, crafted to change color according to the time of the day and the weather. On Thursday, it was pockmarked with bright orange blotches left by footsteps treading on the rain-drenched fabric.
“It’s actually very painterly, like an abstract painting, but it will change all the time,” Christo, a Bulgarian-born American citizen, said of his project.
“The Floating Piers” is his first outdoor installation since 2005, when he and Jeanne-Claude, his collaborator and wife, who passed away in 2009, installed 7,500 golden-paneled gates in Central Park in New York City. Like his other works, the 15-million-euro, or $16.8 million, project will be funded through the sale of his original works of art.
“I think this is a record in the history of Christo’s special projects because he and the team realized it in 22 months; normally it takes decades,” the director of the project, the curator Germano Celant, said on Thursday. “So I will say that it’s an Italian and American miracle at the same time.”
“Look!” Christo said, pointing to a juncture where two pathways joined to form a bright saffron-colored V, contrasting against the deep blue of the lake. “You see! It falls in that way so you can see the movement,” he said. “It’s actually breathing.”
Getting the walkway to both gently undulate and remain securely affixed to the uneven lake bottom was the feat that has occupied engineers, construction companies, French deep-sea divers and even a team of Bulgarian athletes drafted over the past two years. The walkway is assembled from 220,000 high-density polyethylene cubes that form its 16-meter-wide spine, covered this week with a waterproof and stain-resistant fabric made by a German company for the project.
“Each project is like a slice of our lives,’’ Christo said, “and part of something that I will never forget.”
Continue reading the main story
From Saturday through July 3, the project will be open and free to the public 24 hours a day, with a legion of boat hands, lifeguards, stewards and information officers standing guard to avert unintentional dips in the lake.
“It’s really a physical thing, you need to be there, walking it, on the streets, here. And it’s demanding,” Christo said. The route, which laps around the small island of San Paolo, also includes pedestrian areas in the towns of Sulzano, on the mainland, and Peschiera Maraglio, on Monte Isola, an islet rising out of the lake.
The project, he said, “is all this” — The piers, the lake, the mountains, “with the sun, the rain, the wind, it’s part of the physicality of the project, you have to live it.”
Continue reading the main story
Christo, whose full name is Christo Javacheff, and his wife first envisaged a floating piers project 46 years ago, when they were approached by an Argentine art historian who suggested the Río de la Plata basin in South America as a site, but the plans fell through. In 1995, they considered reviving it in Tokyo Bay, Japan, but that project, too, was never realized.
But Christo was determined.
Apart from the sporadic protests of labor unions and a national environmental organization that was worried about the impact on the lake, the Italian project went smoothly after local officials and administrators came on board.
But the concerns about the ability of a small lake community to deal with the avalanche of visitors that the project is expected to draw — an estimated 40,000 people a day, according to officials — appear to have been muted for now by enthusiasm for the project. Lake Iseo is arguably northern Italy’s least famous lake, overshadowed by neighboring Lake Garda. But hotels and other lodging options here and in nearby towns are practically fully booked for the duration of the run.
“Lake Iseo won’t be the same after this event,” said Fiorello Turla, the mayor of Monte Isola. “Monte Isola will change skin,” as its exposure to the global spotlight puts it on the map, he said. “It’s a great opportunity that we’ve been given, and that we want to seize and bring forward.”
At the close of its 16-day period, the walkway will be dismantled and its parts recycled and resold. “The important part of this project is the temporary part, the nomadic quality,” Christo said. “The work needs to be gone, because I do not own the work, no one does. This is why it is free.”