ART / 2 AUG 2017 / BY YOKO CHOY
Portuguese artist João Penalva’s solo exhibition at Galeria Filomena Soares
1 OF 15
Lisbon is building a very strong case for getting on the list of global contemporary art hubs. After a deep economic recession, Portugal is finally emerging from the doldrums; the coastal country is not only opening up towards southern Europe, but is also reaching out again across the globe. Investors from Western Europe and new businesses are taking advantage of the low property prices and lenient tax regime (and surely the sun and sea, too), helping to kickstart the economic recovery. And this is not simply financial good news: the art scene in Lisbon – Best City in this year’s Wallpaper* Design Awards – has emerged in the wake of the country’s economic crisis.
The MAAT (Museum for Art, Architecture and Technology) opened its doors ten months ago as a public platform for local and international artists and curators; new galleries are being established; international dealers are opening branches in the capital and the affordable property is also a magnet to artists setting up homes and studios; in addition, the Spanish art fair brand ARCO strategically launched a Lisbon edition last year to take advantage of the country’s financial recovery.
image: https://cdn.wallpaper.com/main/arco-lisboa-15-e.jpg?WMDsWZo5BAIfHURT3n5mACtuw5HoyCMK

Portuguese artist Ana Vidigal at Galeria Baginski. Photography: Bruno Lopes
In only a year, the boutique fair has already become a fixture on the international arts calendar, bringing galleries and collectors from different backgrounds to Lisbon and helping to globalise its market. This year’s ARCOlisboa, held again in the Cordoaria Nacional in May, showcased 58 galleries from 13 countries. ‘I think what ARCO brought to the local art scene, is visibility – here they have a very interesting group of artists, curators and galleries, but we brought visibility and opening up a more international perspective for the local community.’ Carlos Urroz Arancibia, the fair director says.
Among the recent gallery openings, Madrid’s Galería Maisterravalbuena made its recent Lisbon debut in the post-war, modernist district, Alvalade. Its inaugural group show, curated by João Mourão and Luís Silva of the renowned non-profit Kunsthalle Lissabon, included works by Magdalena Jitrik and Haris Epaminonda and Christodoulos Panayiotou. Last December, native Galeria Vera Cortês relocated to an industrial space in the area too. ‘I believe that Lisbon’s art scene is booming but it has been for a long time. The difference is that now, for different reasons, we have the spotlight on us and finally people are starting to get to know Portugal better,’ says gallerist Vera Cortês.
In the city centre, the edgy, one-year-old Madragoa founded by Matteo Consonni, the former director of Galleria Franco Noero in Turin, is currently hosting Plasma, a solo show by Mexican artist Rodrigo Hernández, one of the city’s new residents. After lodging for two years in a temporary space in New York City, Monitor Gallery has found a new address in the heart of Lisbon’s historical quarter of Rato, and greeted the neighbourhood with British artist Graham Hudson’s solo show, ‘Major Trauma’.
image: https://cdn.wallpaper.com/main/arco-lisboa-14.jpg?GGm60KQTg_CL9VQsTcqKf7YWFYcCBOy9

Installation view of ‘Morphogensis’ at Galeria Francisco Fino
Galeria Francisco Fino joined key players Galeria Filomena Soares, Galeria Baginski and Galeria Múrias Centeno in Marvila, an entrenched gallery district in the city. The gallery, housed in a former warehouse, presented its inaugural exhibition ‘Morphogenesis’, curated by the young João Laia, which included works by established artists such as Tris Vonna-Michell and Maria Loboda, together with emerging names like Debora Delmar and Karlos Gil.
‘Portuguese art and artists are getting more attention and that's translating into a strong collective energy,’ Miguel Mesquita, artistic director of Galeria Baginski, says. ‘I think that the situation at the gallery is essentially the result of an improvement from the former state of the economic crisis in Portugal. Nevertheless the new wave of tourism and immigration has had an impact in the affluence of visitors to the gallery, and naturally that has a parallel in sales.’

Read more at https://www.wallpaper.com/art/lisbon-rising-a-global-art-hub-emerges-from-crisis#oIIK0hIxhiHAolzd.99
Posted by Cabecilha at 7:20:00 PM No comments:

Photographic portraits are explored in exhibition 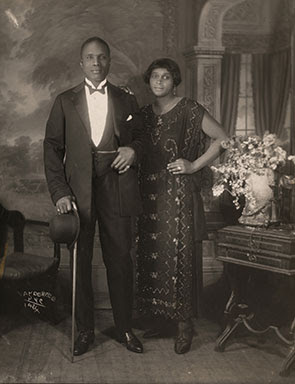 Police are looking for a mystery bandit who struck across New York.

A woman tried to rob four Manhattan banks in 40 minutes, according to the NYPD, and made off with some cash a little before noon on Tuesday.
The woman hit the first bank, a Bank of America at 127 8th Ave., at 11:17 a.m. and passed a note demanding cash but didn’t get any, a police spokesman said.

Police are looking for a mystery bandit who struck across New York.

A woman tried to rob four Manhattan banks in 40 minutes, according to the NYPD, and made off with some cash a little before noon on Tuesday.
The woman hit the first bank, a Bank of America at 127 8th Ave., at 11:17 a.m. and passed a note demanding cash but didn’t get any, a police spokesman said.
Three minutes later, at 11:20 a.m., she hit a Capital One at 144 8th Ave., where she was seen with a note but didn't pass it to a teller. Seven minutes later, at 11:27 a.m., she passed a note to a teller at an Apple Bank at 250 West 23 St., but didn't get any cash.
Mohamed Ali, the assistant manager at Apple Bank, said the teller called him to the booth, but the woman calmly left the bank without any cash when she saw him walking over. He said it seemed like she knew what she was doing since unexperienced robbers tend to make a scene if they don't get what they want. Ali said the woman wore a red wig under a black hat.
She finally made off with an as-yet undetermined amount of cash at 11:57 a.m. after hitting a Chase Bank at 71 West 23rd St. Police said she left the note at that bank.
The woman is still at large. Police describe her as 5-foot-6 and 125 pounds and said she was wearing a grey hooded sweatshirt with the word "London" on it and a black "NY" cap. She claimed to have a gun but didn't show it, police said.
— Additional reporting by Emilie Plesset
Posted by Cabecilha at 8:43:00 AM No comments: