Jorge Nuno Vieira de Sousa Cardoso, from early on, had contact with the worlds of art. The first practical initiatives were the workshops of free expression organized by the painter Elvira Leite (future director of the Educational Service of the Serralves Museum).
Later, his activity was in the economic sphere (in several sectors) but also in Art with the creation of Vantag Gallery and part of the founders group of Nasoni and Atlântica galleries. With the latter he had access to important international art fairs. At the same time he developed his collector skills. Research in the field of art, complementing the activities of gallerist and collector, focused on the most theoretical aspects with numerous readings in History and (mainly) Art Theory.
It was all this process that came to result in the decision to, in due time (and in parallel with his business and associative activity), also present his artistic expression, with emphasis on the conceptual. Given that throughout his life photography always accompanied him, this was the means of expression used - most often - as a tool of his artwork.
In his artist statement he clarifies: - “But just as there are many and complex relationships between art and photography, in this case we also have photography as part of a whole with conceptual purposes, such as a register of installations or performances or even as a simulacrum of archive; it is not an end nor is it intended to be analyzed as photographic art. Photography is part of the works of art and these are the ones under analysis as a whole. In other cases, we have specific constructions in metal, glass and paper, and they are also an intermediary mechanism for presenting concepts.”
His artistic practice has been presented either in his own name or with the tag T.f.T from the group "The fLIPADOS Team”, where he represents several alter-egos.
The search for innovation also led him to develop a new process in terms of graphic arts and multiples - the lithopass - together with a team from the Cooperativa Artística Árvore.
Always maintaining a critical position regarding the hermetism in the current process of writing about art, Jorge Cardoso chose to write on the same topics, but in accessible language. This process led, from theory to practice, to act as commission/curator in several exhibitions.

Monographs (in 4 languages: Portuguese, English, French and Spanish): "The New Treaty of Tordesilhas"; "Creating your own style in photography in the era of digital bedazzlement"; "The Flipados Team and censorship on the web", Vantag Editora.
Postcards “Imagine”, Vantag Editora; in more than 10 collections already published, he organized the covers, photographed most of the themes and wrote the texts in 4 languages (PT EN FR SP)
Mini-posters “Porto”, photography, Vantag: a Loja; 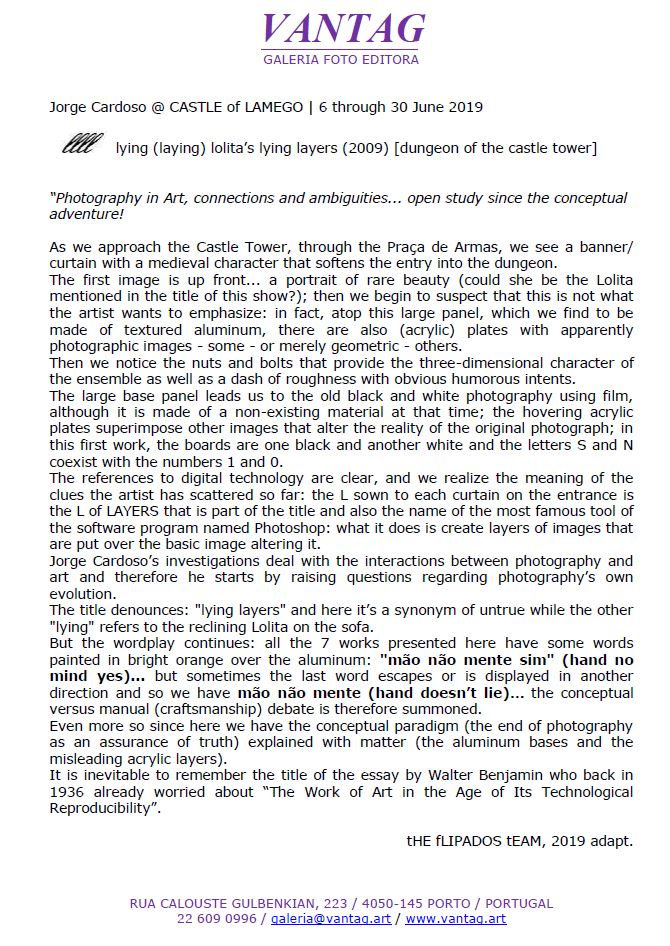 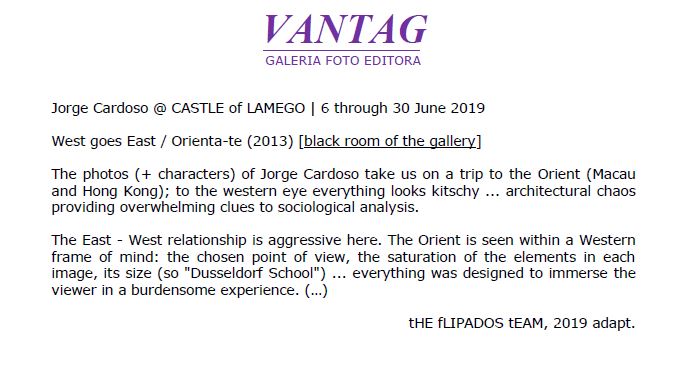 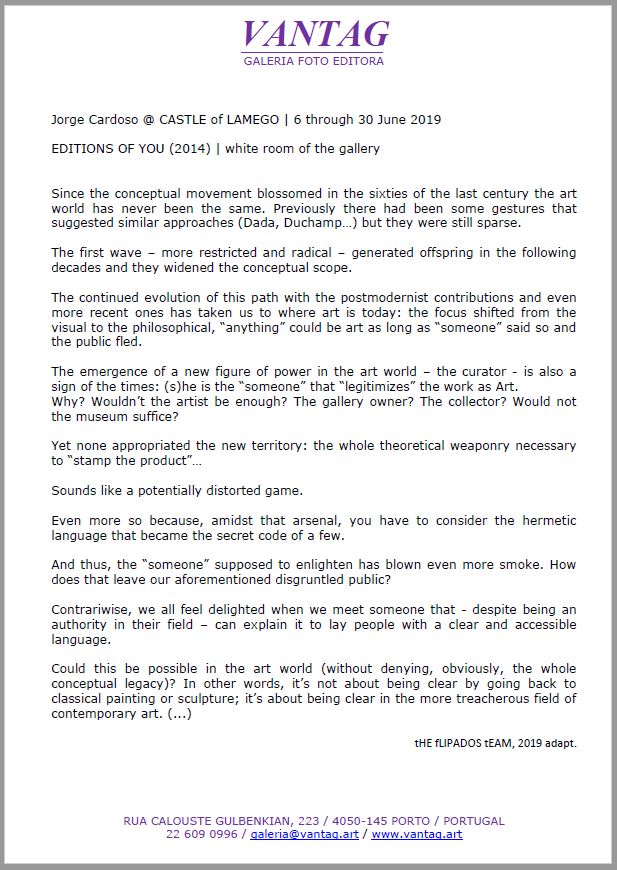 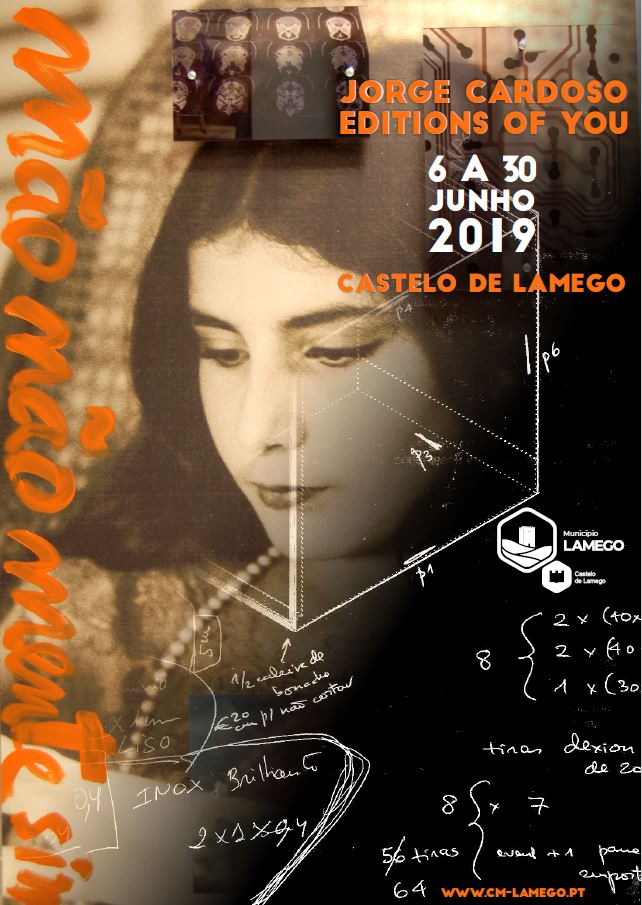 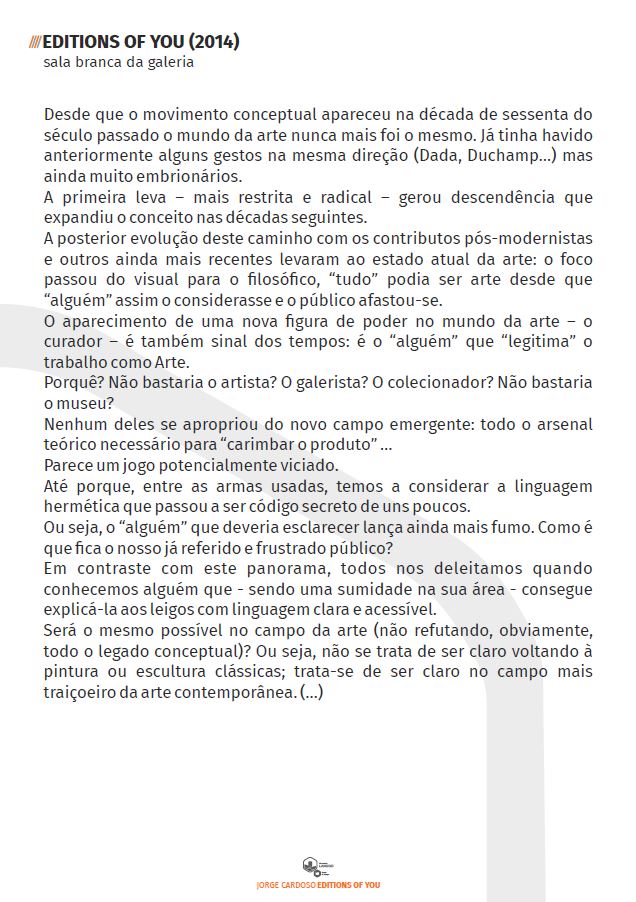 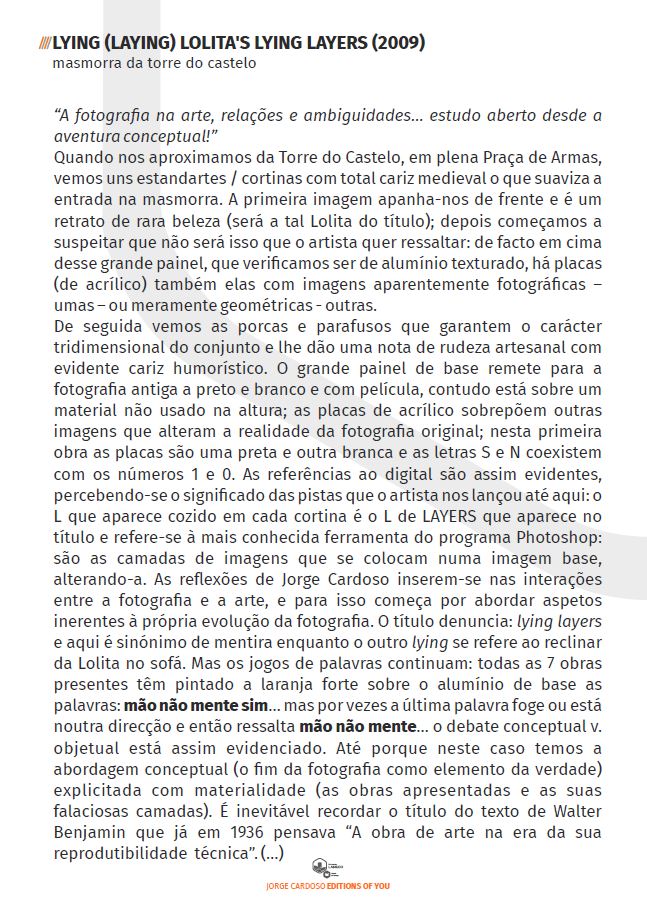 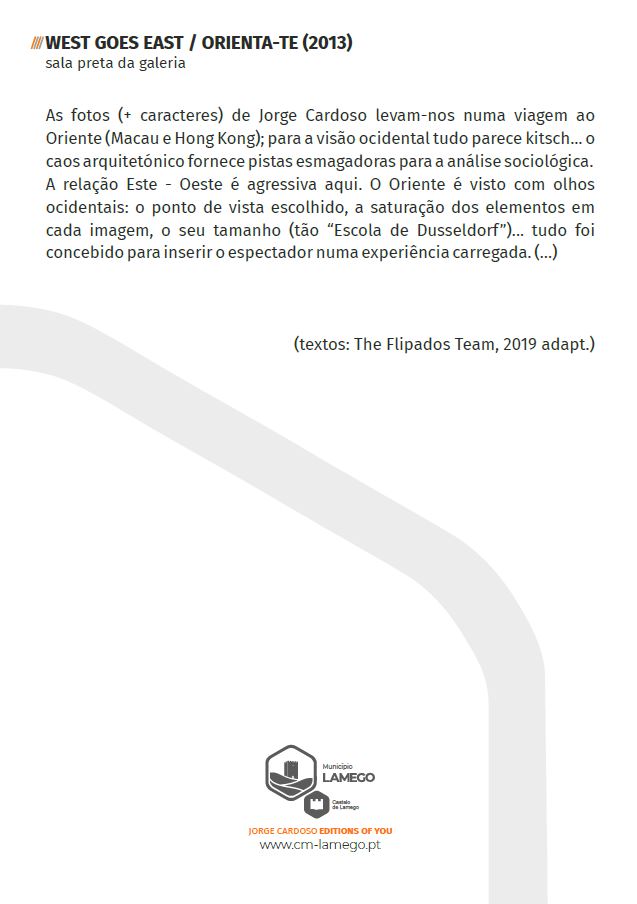