Something Not Rotten in Denmark


Something Not Rotten in Denmark 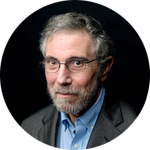 No doubt surprising many of the people watching the Democratic presidential debate, Bernie Sanders cited Denmark as a role model for how to help working people. Hillary Clinton demurred slightly, declaring that “we are not Denmark,” but agreed that Denmark is an inspiring example.

Such an exchange would have been inconceivable among Republicans, who don’t seem able to talk about European welfare states without adding the word “collapsing.” Basically, on Planet G.O.P. all of Europe is just a bigger version of Greece. But how great are the Danes, really?
The answer is that the Danes get a lot of things right, and in so doing refute just about everything U.S. conservatives say about economics. And we can also learn a lot from the things Denmark has gotten wrong.

To pay for these programs, Denmark collects a lot of taxes. The top income tax rate is 60.3 percent; there’s also a 25 percent national sales tax. Overall, Denmark’s tax take is almost half of national income, compared with 25 percent in the United States.
Describe these policies to any American conservative, and he would predict ruin. Surely those generous benefits must destroy the incentive to work, while those high taxes drive job creators into hiding or exile.


Strange to say, however, Denmark doesn’t look like a set from “Mad Max.” On the contrary, it’s a prosperous nation that does quite well on job creation. In fact, adults in their prime working years are substantially more likely to be employed in Denmark than they are in America. Labor productivity in Denmark is roughly the same as it is here, although G.D.P. per capita is lower, mainly because the Danes take a lot more vacation.
Nor are the Danes melancholy: Denmark ranks at or near the top on international comparisons of “life satisfaction.”
It’s hard to imagine a better refutation of anti-tax, anti-government economic doctrine, which insists that a system like Denmark’s would be completely unworkable.


But would Denmark’s model be impossible to reproduce in other countries? Consider France, another country that is much bigger and more diverse than Denmark, but also maintains a highly generous welfare state paid for with high taxes. You might not know this from the extremely bad press France gets, but the French, too, roughly match U.S. productivity, and are more likely than Americans to be employed during their prime working years. Taxes and benefits just aren’t the job killers right-wing legend asserts.


What explains this poor recent performance? The answer, mainly, is bad monetary and fiscal policy. Denmark hasn’t adopted the euro, but it manages its currency as if it had, which means that it has shared the consequences of monetary mistakes like the European Central Bank’s 2011 interest rate hike. And while the country has faced no market pressure to slash spending — Denmark can borrow long-term at an interest rate of only 0.84 percent — it has adopted fiscal austerity anyway.
The result is a sharp contrast with neighboring Sweden, which doesn’t shadow the euro (although it has made some mistakes on its own), hasn’t done much austerity, and has seen real G.D.P. per capita rise while Denmark’s falls.
But Denmark’s monetary and fiscal errors don’t say anything about the sustainability of a strong welfare state. In fact, people who denounce things like universal health coverage and subsidized child care tend also to be people who demand higher interest rates and spending cuts in a depressed economy. (Remember all the talk about “debasing” the dollar?) That is, U.S. conservatives actually approve of some Danish policies — but only the ones that have proved to be badly misguided.
So yes, we can learn a lot from Denmark, both its successes and its failures. And let me say that it was both a pleasure and a relief to hear people who might become president talk seriously about how we can learn from the experience of other countries, as opposed to just chanting “U.S.A.! U.S.A.! U.S.A.!”