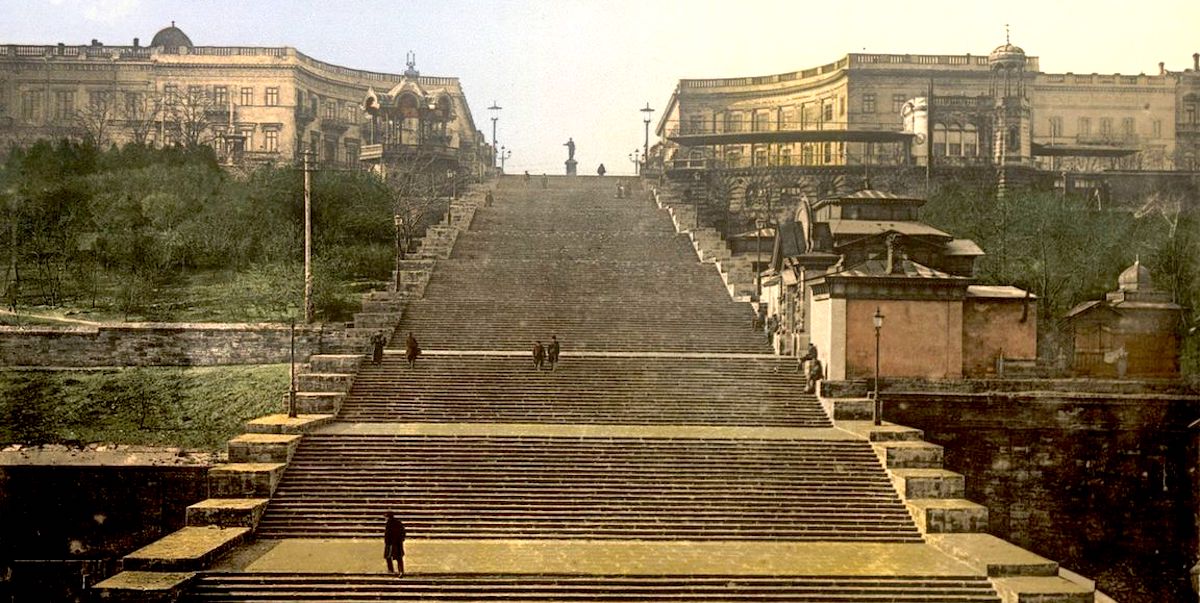 “Every hut in our beloved country is on the edge.” Contemporary Ukrainian Poetry by Boris Khersonsky

The 19th-century Ukrainian Romantic poet, Taras Shevchenko (1814-1861), wrote most of his powerful verse from exile. Born a serf, Shevchenko was (anomalously) sent by his master to study art. Fellow artists from Ukraine and Russia helped to raise money to buy his freedom. He later became a member of the Ukrainian “Brotherhood of Cyril and Methodius,” a group devoted to promoting Ukrainian self-determination within the Russian Empire, and the liberation of the serfs. He was arrested for his political activity in 1847, and sentenced to a series of exiles. He died in 1861, the year the serfs were liberated, having not seen Ukraine in 15 years. In 1845 he wrote his well-known “Testament,” asking to be buried in his beloved Ukraine. It begins:

Shevchenko’s “Testament” remains an anthem for Ukrainian national sentiment. It’s a poem of longing, written by a man who is separated from his native rivers, cliffs, and steppe. It shows off the alliterative power of the Ukrainian language. Dozens of musical scores have been written to accompany this poem. Soviet poets who couldn’t publish their own work at the height of Stalinism, from the Russian poet Boris Pasternak to the Yiddish poet Dovid Hofshteyn, translated Shevchenko instead.

Little wonder, then, that after the Russian-language Odessa poet, Boris Khersonsky, began to write poems in Ukrainian in solidarity with the 2013-14 Maidan “Revolution of Dignity,” he wrote a version of “Testament.”

When I die, don’t let me restBuried in a graveLet the waves of fire carryMe up to the sky.Let the windy powers dispelThe gray ash, let it scatterFor, no wings are necessaryFor this ash to fly.For no land in all the worldCan be called my own.

Khersonsky is a psychiatrist and professor in Odessa. He has written about the shtetls of his Jewish ancestors, his estrangement from his heritage, the stagnant presence of Soviet memorials in Ukraine, and Orthodox Christianity, to which he converted. If Shevchenko’s poem is about spiritual rootedness, Khersonsky’s is about rootlessness. “It’s my destiny to fly overhead,” he writes further, “with the Jewish ashes from the Holocaust.”

The fact that a Romantic Ukrainian poet can be a vehicle for talking about alienation in 21st-century Odessa is important. Khersonsky, who was a dissident in the late Soviet period, is an outspoken critic of the Russian military and cultural presence in Ukraine. His early poems of the Donbass war, read as Russian forces move toward Odessa, appear tragically prescient.

In one, he presents Ukraine as a woman, eternally pregnant with Russia’s thieves “thieves and bandits”—a reference to the Ukrainian heroine in Shevchenko’s “Kateryna,” who is left alone with a Muscovite’s child. But Khersonsky has also criticized ideas about a monolithic Ukrainian identity, and his “Testament” suggests that the Jewish story of loss is part of Ukrainian identity: “Sing to me, Ukraine,” he writes further in the poem, “a simple lullaby.”

“We’ve been at war, but we’ve also started to know freedom.”

A poet who embraces his eclectic mixture of identities, Khersonsky frequently presents biblical texts, from either the Hebrew bible or the New Testament, sometimes setting the two at odds with one another. “Abraham is walking” appeared just before Easter, in 2020. During the early months of the Covid-19 pandemic, when the virus hit Odessa especially hard, Khersonsky posted “Korona-virshy” (Corona-verses) to his Facebook page.

When I met him in Odessa in 2019, he spoke of the paradox of the ongoing war: “We’ve been at war, but we’ve also started to know freedom.” Now that the country is actively defending itself against the invasion of its cities, the concept of freedom—and of a freely chosen civic-based patriotism—is more central than ever to Ukrainians.

The poems here were all written in the aftermath of the Maidan protests, during the war against separatists in the Donbass.

Kids, here’s a geography lesson.Here’s a map. Let’s memorize it.There’s no Siberia or Kolyma in Ukraine.And here’s the Vladimirsky highway, off to the side,Way off to the side, I’m certain, though not completely. This is a geography lesson.This land won’t go to waste.There’s not enough space, no place to build huge camps,it’s not that we’re cramped and angrybut, compared to Russia, we don’t have the expanse.And we have no taiga, and the snow isn’t so white,and the shackles have rung out less on our roads, but the sabers more often and the church bells were louder, and we’ve never cared much about the universe but about our own housekeeping.But this is all psychology, and now it’s time for our geography lesson. A local lesson, from the front door to the gate.Every hut in our beloved country is on the edge.And to be honest, I’m on the edge, too.I feel sorry for the ones at the center, but really I’m especially sorry for the ones in the camp towers, watching the frosty distance.I’m sorry for the land beneath the searchlights, I’m sorry for the collective-farm cows rumbling from hunger.There’s no poetry in all this. I accept this rebuke.This is only a geography lesson. Kids, learn this lesson.

Translated, from the Russian, by Amelia Glaser and Yuliya Ilchuk.

Translated, from the Ukrainian, by Amelia Glaser and Yuliya Ilchuk.

Abraham is walking—old, bearded, severe.Behind him, Isaac, bent under a bundle of wood,young, timid, trembling from the strain.It’s an unbearable weight, a burden like this.Here comes Abraham. Knife in hand.Here’s the knife. Here’s the firewood. Where is the lamb for the burnt offering?Carry this, Isaac, you’re the victim, you’re the two-legged lamb,But the Lord isn’t all that bloodthirsty, His thoughts are pure,relax, God’s only testingthe bearded ancient’s patience, your earthly father:Will Abraham trust the Lord to the end?How this senile face has changed!His features have sharpened, his eyes grown dull.Lie down on these logs, Isaac, pawn in a weird world.Don’t be afraid—here’s an angel—he’ll intercept that hand and knifeand here’s the ram, horns caught.The ram will be stabbed and burned before God.It all ended well. But you’re still tenseyouthful Isaac, a sacrifice for all the living.You bent low under the firewood’s weight, Isaac, bent low, but carried it.Like you, Christ too will carry his cross,exhausted, thrice falling in the via dolorosa.But Christ’s angel-savior didn’t fly from heaven.He died, then he rose again, in that order.Arose, and then ascended, according to that famous book.

Translated, from the Russian, by Amelia Glaser and Yuliya Ilchuk

Translated, from the Ukrainian, by Amelia Glaser and Yuliya Ilchuk.

the virus is totalitarian—breaking through the shellhe penetrates and subjugates each cellturns a room into solitary confinementputs us back under the whiskered forefather’s heelhe closes borders he separates coupleshe sweeps groceries from the shelves with a filthy broomhe turns beds into hospital cotshe compels us to smuggle contraband goodshe turns neighbors cruel, if it weren’t for fear of getting itthey’d gnaw through one another’s throatsthe virus drives everyone, distorting faceswe start to walk in circles like in a prison yardthe virus is the leader he’s a jailor he’s the screwyou’ll die, your face deformed by rage, if you disobey himhe takes all for himself and gives directives in exchangefor everyone to sit alone and fear contamination

Translated, from the Russian, by Amelia Glaser and Yuliya Ilchuk 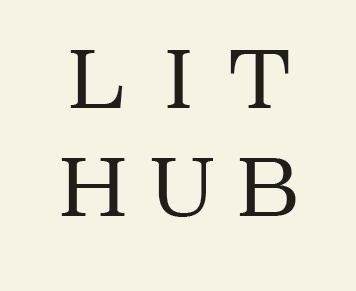 Boris Khersonsky was born in Chernivtsi in 1950. He lives in Odessa, and is the former chair of the psychology department at the Odeaa State University. He has published over a dozen books of poetry in Russian and Ukrainian.

Amelia Glaseris Associate Professor of Russian and Comparative Literature at U.C. San Diego. She is the author of Jews and Ukrainians in Russia’s Literary Borderlands(2012) and Songs in Dark Times: Yiddish Poetry of Struggle from Scottsboro to Palestine (2020). She is currently a fellow at the Radcliffe Institute for Advanced Study.

Yuliya Ilchuk is Assistant Professor of Slavic Languages and Literatures at Stanford University. She is the author of Nikolai Gogol: Performing Hybrid Identity(2021).