Markets are braced for a global downturn 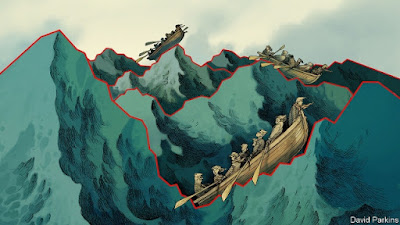 The world economyMarkets are braced for a global downturn

The signals from bonds, currencies and commodities are increasingly alarming 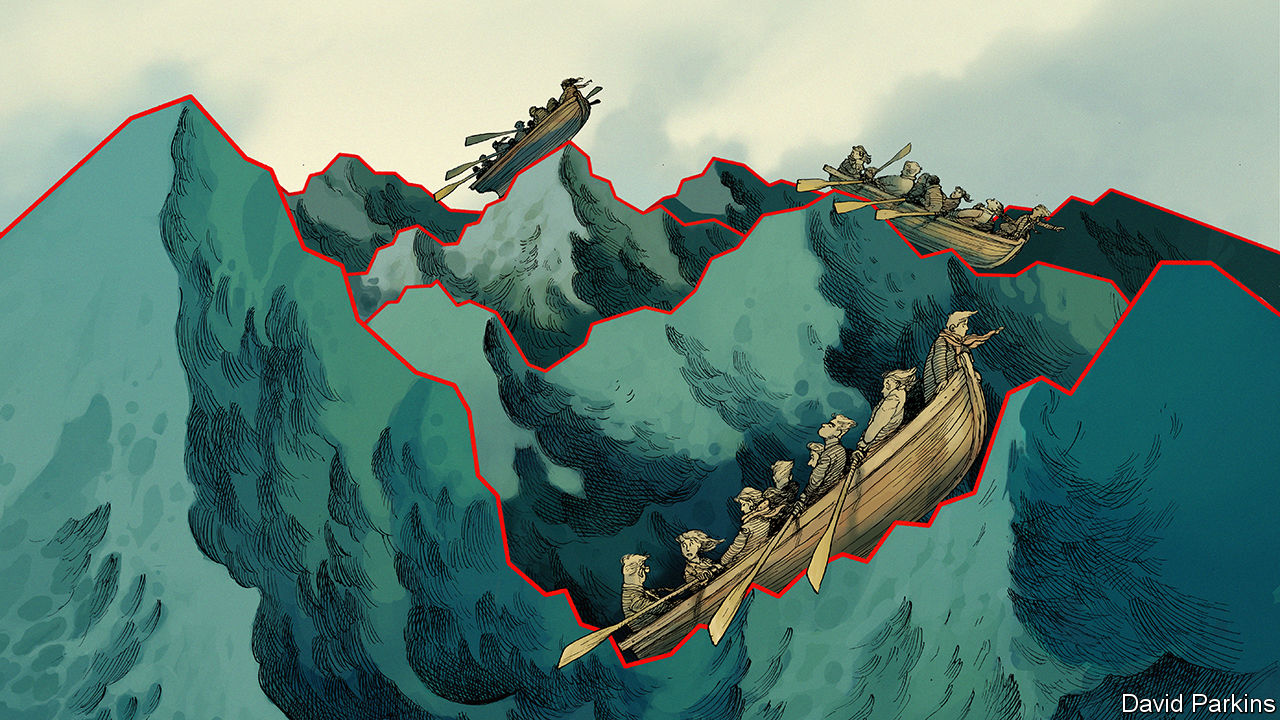 Looking for meaning in financial markets is like looking for patterns in a violent sea. The information that emerges is the product of buying and selling by people, with all their contradictions. Prices reflect a mix of emotion, biases and cold-eyed calculation. Yet taken together markets express something about both the mood of investors and the temper of the times. The most commonly ascribed signal is complacency. Dangers are often ignored until too late. However, the dominant mood in markets today, as it has been for much of the past decade, is not complacency but anxiety. And it is deepening by the day.
It is most evident in the astounding appetite for the safest of assets: government bonds. In Germany, where figures this week showed that the economy is shrinking, interest rates are negative all the way from overnight deposits to 30-year bonds. Investors who buy and hold bonds to maturity will make a guaranteed cash loss. In Switzerland negative yields extend all the way to 50-year bonds. Even in indebted and crisis-prone Italy, a ten-year bond gets you only 1.5%. In America, meanwhile, the curve is inverted—interest rates on ten-year bonds are lower than on three-month bills—a peculiar situation that is a harbinger of recession. Angst is evident elsewhere, too. The safe-haven dollar is up against many other currencies. Gold is at a six-year high. Copper prices, a proxy for industrial health, are down sharply. Despite Iran’s seizure of oil tankers in the Gulf, oil prices have sunk to $60 a barrel.


Get our daily newsletterUpgrade your inbox and get our Daily Dispatch and Editor's Picks.


Plenty of people fear that these strange signals portend a global recession. The storm clouds are certainly gathering. This week China said that industrial production is growing at its most sluggish pace since 2002. America’s decade-long expansion is the oldest on record so, whatever economists say, a downturn feels overdue. With interest rates already so low, the capacity to fight one is depleted. Investors fear that the world is turning into Japan, with a torpid economy that struggles to vanquish deflation, and is hence prone to going backwards.
Yet a recession is so far a fear, not a reality. The world economy is still growing, albeit at a less healthy pace than in 2018. Its resilience rests on consumers, not least in America. Jobs are plentiful; wages are picking up; credit is still easy; and cheaper oil means there is more money to spend. What is more, there has been little sign of the heady exuberance that normally precedes a slump. The boards of public companies and the shareholders they ostensibly serve have played it safe. Businesses in aggregate are net savers. Investors have favoured firms that generate cash without needing to splurge on fixed assets. You see this in the vastly contrasting fortunes of America’s high-flying stockmarket, dominated by capital-light internet and services firms that throw off profits, and Europe’s, groaning under banks and under carmakers with factories that eat up capital. And within Europe’s stockmarkets a defensive stock, such as Nestlé, is trading at a towering premium to an industrial one such as Daimler.
If there has been no boom and the world economy has not yet turned to bust, why then are markets so anxious? The best answer is that firms and markets are struggling to get to grips with uncertainty. This, not tariffs, is the greatest harm from the trade war between America and China. The boundaries of the dispute have stretched from imports of some industrial metals to broader categories of finished goods (see article). New fronts, including technology supply-chains and, this month, currencies, have opened up. As Japan and South Korea let their historical differences spill over into trade, it is unclear who or what might be drawn in next. Because big investments are hard to reverse, firms are disinclined to press ahead with them. A proxy measure from JPMorgan Chase suggests that global capital spending is now falling. Evidence that investment is being curtailed is reflected in surveys of plunging business sentiment, in stalling manufacturing output worldwide and in the stuttering performance of industry-led economies, not least Germany.
Central banks are anxious, too, and easing policy as a result. In July the Federal Reserve lowered interest rates for the first time in a decade as insurance against a downturn. It is likely to follow that with more cuts. Central banks in Brazil, India, New Zealand, Peru, the Philippines and Thailand have all reduced their benchmark interest rates since the Fed acted. The European Central Bank is likely to resume its bond-buying programme.
Despite these efforts, anxiety could turn to alarm, and sluggish growth descend into recession. Three warning signals are worth watching. First, the dollar, which is a barometer of risk appetite. The more investors reach for the safety of the greenback, the more they see danger ahead. Second come the trade negotiations between America and China. This week President Donald Trump unexpectedly delayed the tariffs announced on August 1st on some imports, raising hopes of a deal. That ought to be in his interests, as a strong economy is critical to his prospects of re-election next year. But he may nevertheless be misjudging the odds of a downturn. Mr Trump may also find that China decides to drag its feet, in the hope of scuppering his chances of a second term and of getting a better deal (or one likelier to stick) with his Democratic successor.
The third thing to watch is corporate-bond yields in America. Financing costs remain remarkably low. But the spread—or extra yield—that investors require to hold risker corporate debt has begun to widen. If growing anxiety were to cause spreads to blow out, highly geared firms would find it costlier to roll over their debt. That could lead them to cut back on payrolls as well as investment in order to make their interest payments. The odds of a recession would then shorten.
When people look back, they will find plenty of inconsistencies in the configuration of today’s asset prices. The extreme anxiety in bond markets may come to look like a form of recklessness: how could markets square the rise in populism with a fear of deflation, for instance? It is a strange thought that a sudden easing of today’s anxiety might lead to violent price changes—a surge in bond yields; a sideways crash in which high-priced defensive stocks slump and beaten-up cyclicals rally. Eventually there might even be too much exuberance. But just now, who worries about that?■ 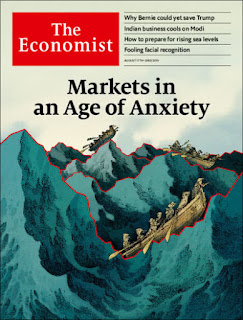