Most Anticipated Buildings of 2016

13 Most Anticipated Buildings of 2016


Some hotly anticipated buildings are scheduled for completion in 2016 — already meaning that it is destined to be a good year for architecture.

The World Trade Center Transportation Hub in New York, by Santiago Calatrava, is finally moving to completion after years of delays and spiraling costs. Abu Dhabi’s new Saadiyat Island Cultural District will be opening two new buildings, including a second Louvre to exhibit art, manuscripts, and objects of historical significance. And a number of significant world galleries will open new extensions.

Every Beatles Spotify Playlist You Could Ever...


We Made Every Beatles Spotify Playlist You Could Ever Possibly Need

The best of John, Paul, George, and Ringo.

Last week saw a momentous day in the musical landscape: The Beatles are finally on streaming! To celebrate the band's entire catalogue becoming accessible to anyone with a broadband connection, we've created just about every Spotify playlist of Beatles' music you could possibly want — 29 of them, in fact. Want to listen only to George Harrison songs? Now you can! Want to listen to their heaviest tracks, the ones inspired by LSD, or the songs where you can really hear their Liverpudlian accents? Go for it. Want to listen to "Revolution 9" for ten hours? You can do that, too! So check them out; the movement you need is on your finger (that's going to click on all of these).
The Best of John
The smart one.
The Best of Paul
The cute one.
The Best of George
The quiet one.
The Best of Ringo
The drumming one.
The Best of George Martin
There's a reason they called him the Fifth Beatle. The Fabs' faithful producer from early on, Martin was especially integral as they moved into more experimental territory, often translating John's big ideas into full-blown orchestrations.
Ahh, Ahhh, Ahhhhhhh!
The best way to understand the Beatles’ chemistry is to spend time with their elaborate, tightly wound four-part harmonies.
All Acoustic
The softer, gentler side of the boys who taught you how to play the guitar.
They're So Heavy
They started out emulating the blues and early rock ’n’ roll, and they ended that way, too. Heavy on the harder highlights from Let It Be, The White Album, and Abbey Road.
For the Kids
The silly character studies, the posi anthems, and, of course, all those animal songs. 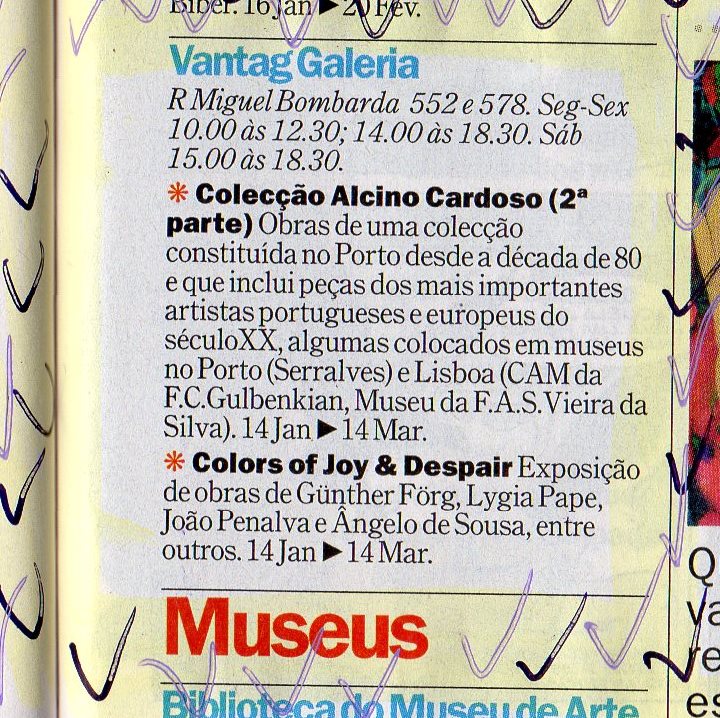 A Belgian soldier patrols on Brussels' Grand Place, December 30, 2015, after two people were arrested in Belgium on Sunday and Monday, both suspected of plotting an attack in Brussels on New Year's Eve, federal prosecutors said.
Reuters/Francois Lenoir
BRUSSELS Authorities in the Belgian capital Brussels on Wednesday called off the city's traditional New Year's Eve fireworks display, citing fears of a militant attack.On Tuesday, federal prosecutors said two people suspected of plotting an attack in Brussels on New Year's Eve had been arrested during house searches in different parts of the country.
"Together with the interior minister, we've decided to not have the celebrations on Thursday evening," Brussels mayor Yvan Mayeur told the state broadcaster RTBF.
The two people arrested, who were likely to appear in court on Thursday, belong to the Kamikaze Riders, a motorbike club whose members are mostly of North African origin and whose bike stunts can be seen in various online videos.

Belgium has been at the heart of investigations into attacks in Paris on Nov. 13 in which 130 people were killed.
Two of the Paris suicide bombers, Brahim Abdeslam and Bilal Hadfi, had been living in Belgium. On Wednesday, a source close to the French investigation confirmed a report that said at least one man was suspected of having coordinated the attacks by mobile phone from Belgium as they were being carried out.
Brussels last canceled its New Year fireworks in 2007, when it was also on high alert after a plan was foiled to free Tunisian Nizar Trabelsi, convicted of plotting to blow up a military base.

Narrated by Liev Schreiber, this film was made in conjunction with the exhibition Power and Pathos: Bronze Sculpture of the Hellenistic World, on view at the Gallery from December 13, 2015, to March 20, 2016. Produced by the department of exhibition programs, it explores artistic achievements of the Hellenistic period from the death of Alexander the Great in 323 BC to the rise of the Roman Empire. Bronze, with its gleaming surfaces, tensile strength, and ability to capture fine detail, became the preferred medium of Hellenistic sculptors for lifelike portraits expressing character and individuality, innovative images of deities, and dynamic expressions of movement. The film includes footage shot on location at archaeological sites in Greece—Delphi, Corinth, and Olympia—and was made possible by the HRH Foundation.


MOSCOW.- The Lumiere Brothers Center for Photography is presenting an exhibition of Polish photographer Kacper Kowalski whose series of works, such as Toxic Beauty, Flood from the Sky, Polish Autumn have received numerous international awards. The exhibition showcases his most recent project Side Effects that was also published as the artist’s very first monograph.

Kacper Kowalski, born in 1977, was supposed to be an architect. Yet five years of studies and four of designing were more than enough for him. In 2006, he eventually quit his job and turned to his two true passions: flying and photography. Both a pilot and a photographer, he takes unique control over each shot, capturing previously unseen natural environments and ordinarily inaccessible cityscapes. The results are unreal, almost graphic images, which reveal patterns, symmetries, and asymmetries created by humans and nature. Views from the air reveal an impact of industry on the environment that is hard to see from the ground, as effluent leeches into the Polish landscape—coal ash (the waste that remains after coal is combusted, containing toxic heavy metals) from power stations, by-products of mining, emissions from chemical factories. What is the natural environment for humans? Is it an untouched, virgin landscape? Or is it a landscape that has changed, adapted to human needs? 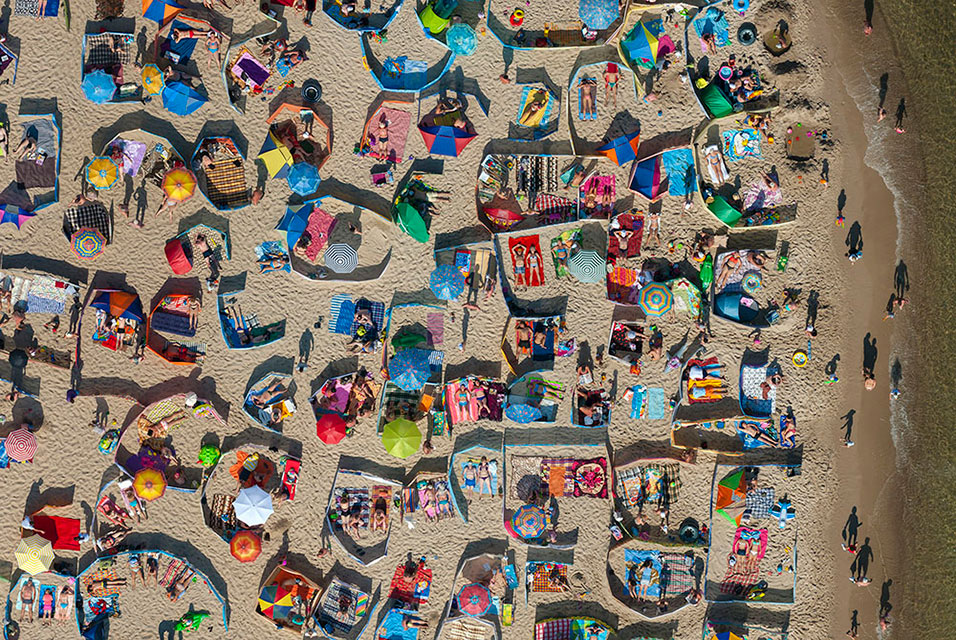 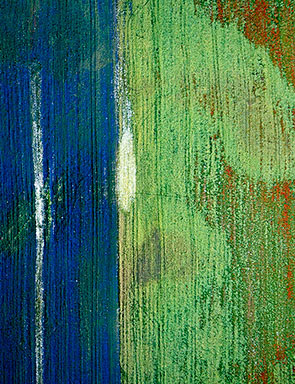 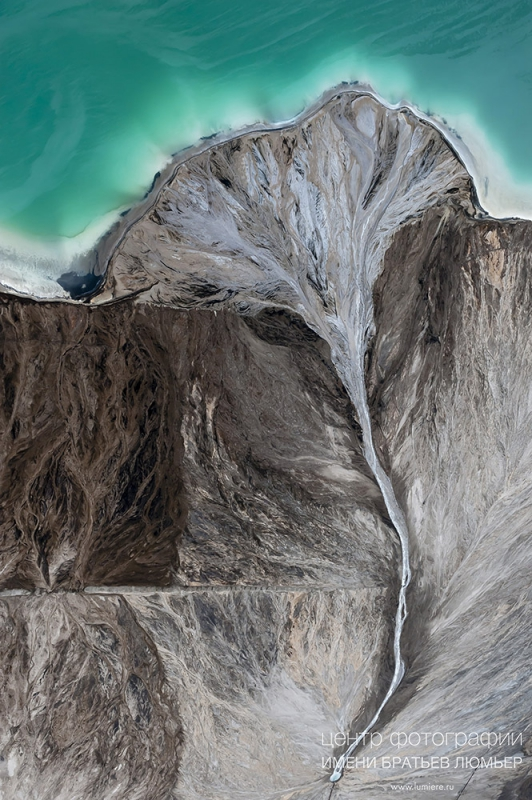 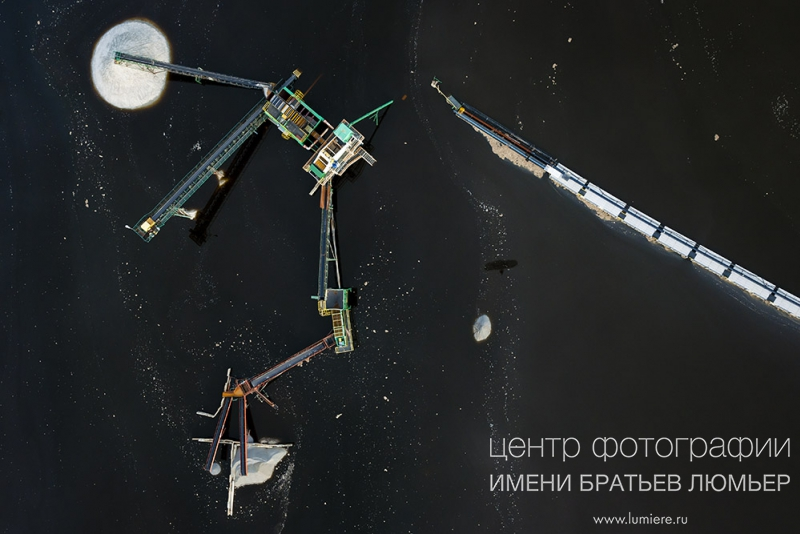 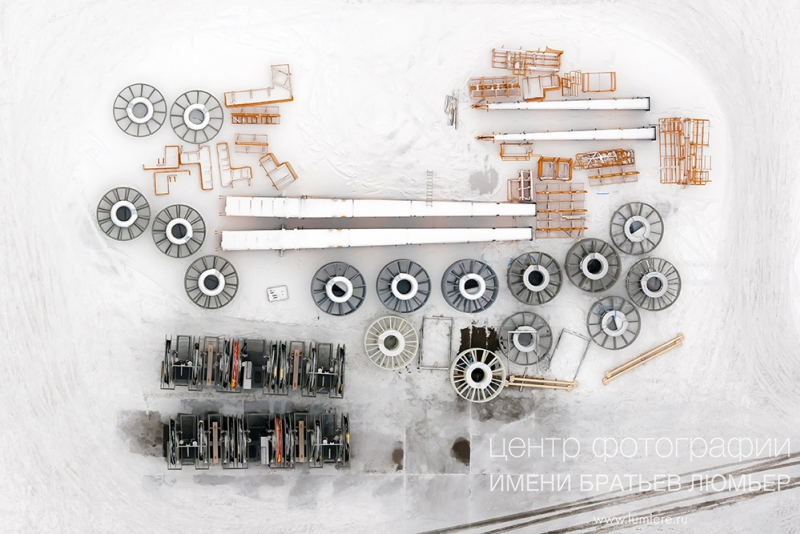