SelgasCano inaugurates their pavillon in Cognac 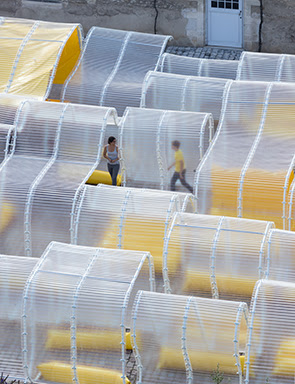 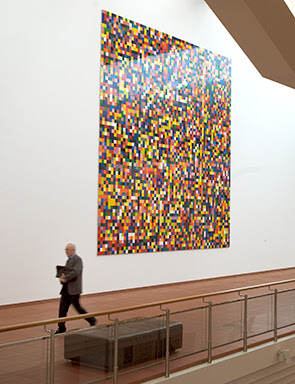 Two significant art purchases—a Bacon diptych and Gerhard Richter’s Dusenjager—have caught Lin San in a terrible bind. But Lin San was not the buyer of either work. Still, he stands to lose a great deal of money because of a judge’s order.
Lin, a Chinese citizen, loaned another Chinese citizen, Zhang Chang, the money to pay for a Bacon work he purchased in the Summer of 2015 at Christie’s in London for £12m.
Zhang defaulted on the loan leaving Lin San no other option but to consign the Bacon to Gagosian to sell for ready cash.  Here’s the Courthouse News Service on the backstory:

“Mr. Zhang paid Christie’s for the purchase over time, using funds loaned by Mr. Lin for this purpose in accordance with a loan agreement between them executed in June 2015,” the 9-page complaint states. “Those loans from Mr. Lin first began in June 2015, and continued through 2017.”

Lin says Zhang agreed to transfer the painting to him because he was not able to repay the loans.

In the meantime, Lin San claims he did not know that Zhang Chang also bought Gerhard Richter’s Dusenjager at Phillips 17 months later for $24m.
When Zhang Chang failed to pay for the work, Phillips sought a judgment against him in mid-2017 by claiming the Bacon now on consignment to Gagosian. A judge granted Phillips the work in lieu of the payment.
Lin San is now suing to assert his title to the Bacon diptych.

Lin on Thursday filed a petition to intervene in Phillips Auctioneers v. Chang, saying the painting is rightfully his.

If Lin San wins, Phillips is out of luck. If Phillips wins, Lin San is facing a big loss.
Either way, Zhang Chang has caused a great deal of discomfort within the art world.
Modern Master Paintings Cause Legal Pile-Up in NY (Courthouse News Service)

Art Is Comic: A light response to the terrorist attacks in Brussels 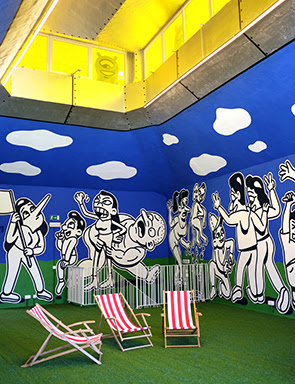