Most Small Businesses Are Barely Saving Any Money

America Is Not the Greatest Country on Earth. It’s No. 28

The Professor Who Was Right About Index Funds All Along

Fink: Markets to Fall 15% Without Fiscal Action
Share on FacebookShare on Twitter
Share on LinkedInShare on RedditShare on Google+E-mail
As Federal Reserve officials gather to issue their monthly assessment of the world's largest economy, a new study lays bare the extent to which many small firms are pressed for cash.
"Most small businesses are operating on very small margins," Diana Farrell, CEO of the JPMorgan Chase Institute, an in-house think tank that uses data from the bank to analyze the economy. "The small business sector is less full of future Googles and Ubers and tons and tons of very small operators living month to month," she said in a phone interview.

Start your day with what’s moving markets.
Get our markets daily newsletter.
The companies in question may be small, but they represent an outsized share of the U.S. economy. According to the Small Business and Entrepreneurship Council, they account for roughly 50 percent of gross domestic product and more than 50 percent of new job creation — a metric that's closely watched by the Fed in determining whether the economy can withstand a constriction in financing conditions. Yet even though they're contributing a great deal to the economy there remains ignorance about their financial health, Farrell added. On average, the companies surveyed have just 27 days worth of cash reserves — or money to cover expenses if inflows suddenly stopped — according to the JPMorgan study, which analyzed 470 million transactions by 570,000 small business last year. Restaurants typically hold the smallest cash buffers, with just 16 days of reserves, while the real-estate sector boasts the biggest, at 47 days.
Small businesses attempting to expand (or just keep their head above water) may find it difficult to build up reserves, with daily income outpacing expenditure by just $7, according to JPMorgan's study.
The findings come as small-business optimism appears to be stagnating in the U.S., with the National Federation of Independent Business's (NFIB) Small Business Optimism Index dropping 0.2 percentage points to 94.4 in August. That's running below its 42-year average of 98.

"Political uncertainty two months ahead of the presidential election could be distorting small business sentiment," Carl Riccadonna, Bloomberg Intelligence Chief Economist, wrote in a report earlier this month. "A sharp drop in the economic outlook and hiring plans weighed on overall business optimism, pushing the headline NFIB Small Business Optimism Index lower in August."
Some 39 percent of small business owners cited the political climate as a reason not to expand — an all-time high, according to the NFIB. Uncertainty over government policy, as well as the wider economy, also hit record highs last month. Still, the JPMorgan Institute's Farrell suggests small businesses should focus the things they have control over rather than taxes or regulatory changes, for instance.
"What most small businesses should be thinking about is having a clear sense of what their liquidity picture is," she said. "This is an immediate thing that would impact a large swath of small businesses that they themselves can act on."

Before it's here, it's on the Bloomberg Terminal. LEARN MORE
by Taboola
Sponsored Links
From The Web
Posted by Cabecilha at 5:56:00 PM No comments:

The Mother Behind the Entrepreneur

The Mother Behind the Entrepreneur

There are commonalities in the lives of children whose passion projects lead them to success.

Text Size
Concocting a reliable “recipe for success” is about as likely as finding that one missing sock, not filling up on appetizers before Thanksgiving dinner, and seeing the Chicago Cubs win the World Series. (Oh, wait.)
And yet, in her new book, Raising an Entrepreneur, Margot Machol Bisnow sought to crack the perplexing parenting code of what makes certain children thrive and excel. Bisnow interviewed dozens of people—and their mothers—who have found success in fields ranging from athletics and entertainment to business and fashion. And it turns out the founder of Under Armour, the talent manager who discovered Justin Bieber, and a former leader in the United Nations have something in common. Beyond the fact that Kevin Plank, Scooter Braun, and Elizabeth McKee Gore are successful entrepreneurs, all three—and scores of others like them—had supportive parents who believed in them.
I talked with Bisnow about the commonalities she found in the parenting styles of successful entrepreneurs, her own experiences as a mother, and the ways she thinks the school system could be improved to foster the spirit of innovation in all students. Below is a lightly edited version of our conversation.
Hayley Glatter: Your book really focused on the mothers of the successful entrepreneurs and some of the paths that they took to success. In the book, you described an entrepreneur as someone who “turns a passion into a project.” Can you talk a little bit more about what, exactly, that means?
Margot Machol Bisnow: I think most people, when they think of an entrepreneur, they think of some tech geek. And to me, it's important to expand the definition so it's anybody who starts something. So in this book, I have people who've started for-profit companies, and—by the way—a wide variety, not just tech but shops or any kind of for-profit company. It's people who've started nonprofits. It's people who've started profits for purpose, which is what they call TOMS Shoes. It's artists, it's activists. It's even intrapreneurs, people who started large projects within bigger organizations.
The point of my book is that, and it was also hugely important to me, I didn't want to just go out and interview the people who started the 10 biggest companies in America because, let's face it, most people are not going to end up being Mark Zuckerberg. But I do think it's possible to start something and to turn your passion into a project and to make a fulfilled and happy life out of it. Maybe it'll be a billion-dollar company, and maybe you'll have five employees. So I wanted to have a huge range, and whatever your interest is, whether it's music, whether it's making things, whether it's fixing things, whether it's computers, whether it's art, whether it's helping people in other countries, whatever you want to do, I think it's important for you to know that you can start something and you can be your own boss.
HG: How did you go about selecting from that huge swath of potential stories and hone in on who you wanted to talk to for the book?
MB: My goal was to have a very diverse group. I wanted half men and half women. I wanted it completely diverse in that sense, but I also wanted half men, half women, every race, every ethnicity, every family background, every family income—from single moms barely making it to upper-middle class where they could lend their kids $10,000 to get started.
HG: And what sorts of commonalities did you find?
MB: I ended up with 10 rules, and I have five to eight stories illustrating each rule. I would say all of the 60 entrepreneurs pretty much followed seven, eight, nine of the rules. In addition, there was one rule that every single person I talked to followed, and it's the overarching theme of the book. Every person that I talked to had a parent, usually a mom, who believed in them. And you'll say, “Well, every parent believes in their child.” But, no, and this is so important to me, I think every parent loves their child, I think every parent wants their child to be happy and successful, but I think most parents believe if their child follows their heart, then they can't make a living. 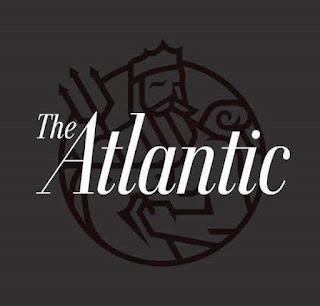