Code of Conduct for Collectors 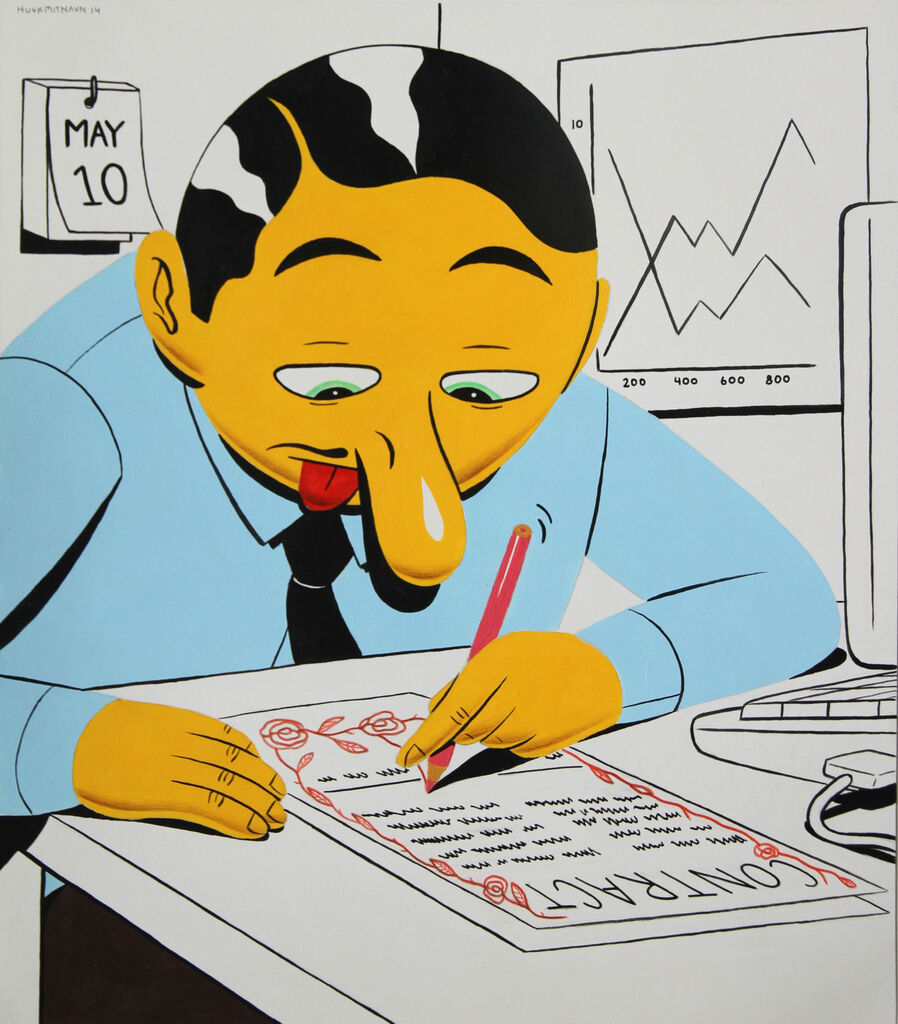 HuskMitNavn
THE CONTRACT, 2014
ALICE Gallery
A few years ago, collector Piergiorgio Pepe had a simple yet revelatory epiphany about an issue that has long plagued the art world. “The unavailability of a language around the market makes the roles and responsibilities of a collector opaque,” Pepe told Artsy. In an industry that generates upwards of $50 billion annually, a laissez-faire attitude towards the art market inevitably allows for acts of misconduct and abuse. The private execution of many transactions behind closed doors and through pliable agreements can enable money laundering, art flipping, conflicts of interest, and speculative buying.
The founder of Quantum Ethics, a Paris-based ethics and compliance organization, Pepe saw how many of the fair execution measures he reviews with his healthcare and legal clients could also be applied to art collecting. “Many reinforced and practiced regulations in sectors such as finance and energy are overlooked in the art field,” he explained. In 2020, Pepe teamed up with seven other collectors from around the world—Pedro Barbosa, Iordanis Kerenidis, Andre Zivanari, Sandra Terdjman, Haro Cumbusyan, and Jessica and Evrim Oralkan—to start the Ethics of Collecting. Operating as a collective think tank, the group generates ways to promote transparency in a field in whose ethics had, until then, remained unwritten. 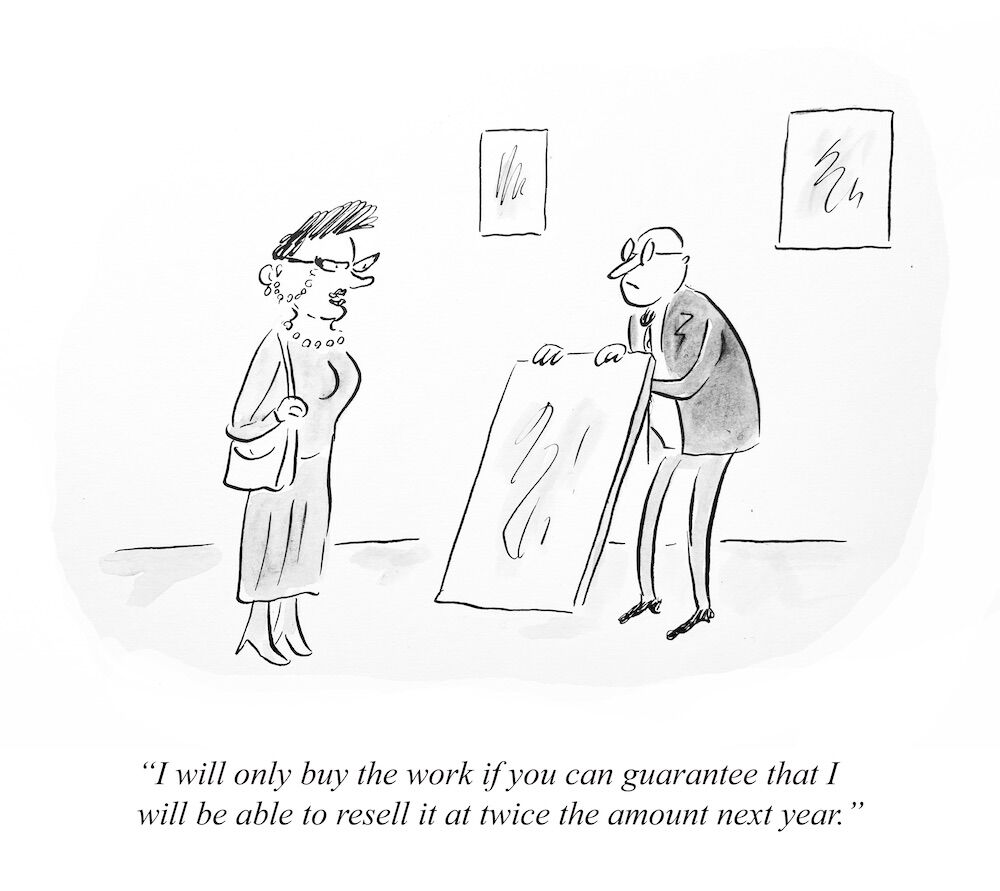 Yesterday, the collective took its first official action, releasing the “Code of Conduct for Contemporary Art Collectors” at ARCO Madrid. The set of guidelines aims to provide collectors of any level with ethical processes for acquiring, commissioning, exhibiting, donating, and championing art. Members of the collective worked alongside an advisory team of 15 curators, artists, and gallerists to pen the manual. And while the code may seem like a no-brainer for serious collectors, Pepe emphasized that agreeing to it is entirely voluntary. “We are not an authority with the power to enforce any law,” said Pepe.
The goal of the code is to provide a template for conscious collecting through policies that have been proven successful in other sectors. The standards listed throughout the document’s 11 pages stem from clauses outlined in other industries, as well as collectors’ own experiences of art buying. From how to interact with artists, to supporting institutions, to serving as a member of a governing body, each bullet point is broken down into multiple subcategories. These subcategories cover the potential risks that may come as a result of wrongdoing, as well as best practices for moral conduct. The section gathered under “Building, Maintaining, and Showing the Collection,” for example, outlines how to avoid manipulating the market, conclude purchase contracts, and enforce resale rights for artists, as well as a breakdown of NFTs and the blockchain.
The code also cautions collectors against buying art solely as an investment citing its ethical implications, and encourages collectors to make sure the artist’s career sustainability is a priority. In a section about commissioning and supporting new artworks, the code explains five pillars of patronage. These include avoiding influence on artistic content, compensating the artist with fair market prices, and honoring the artistry and respecting the creative process. 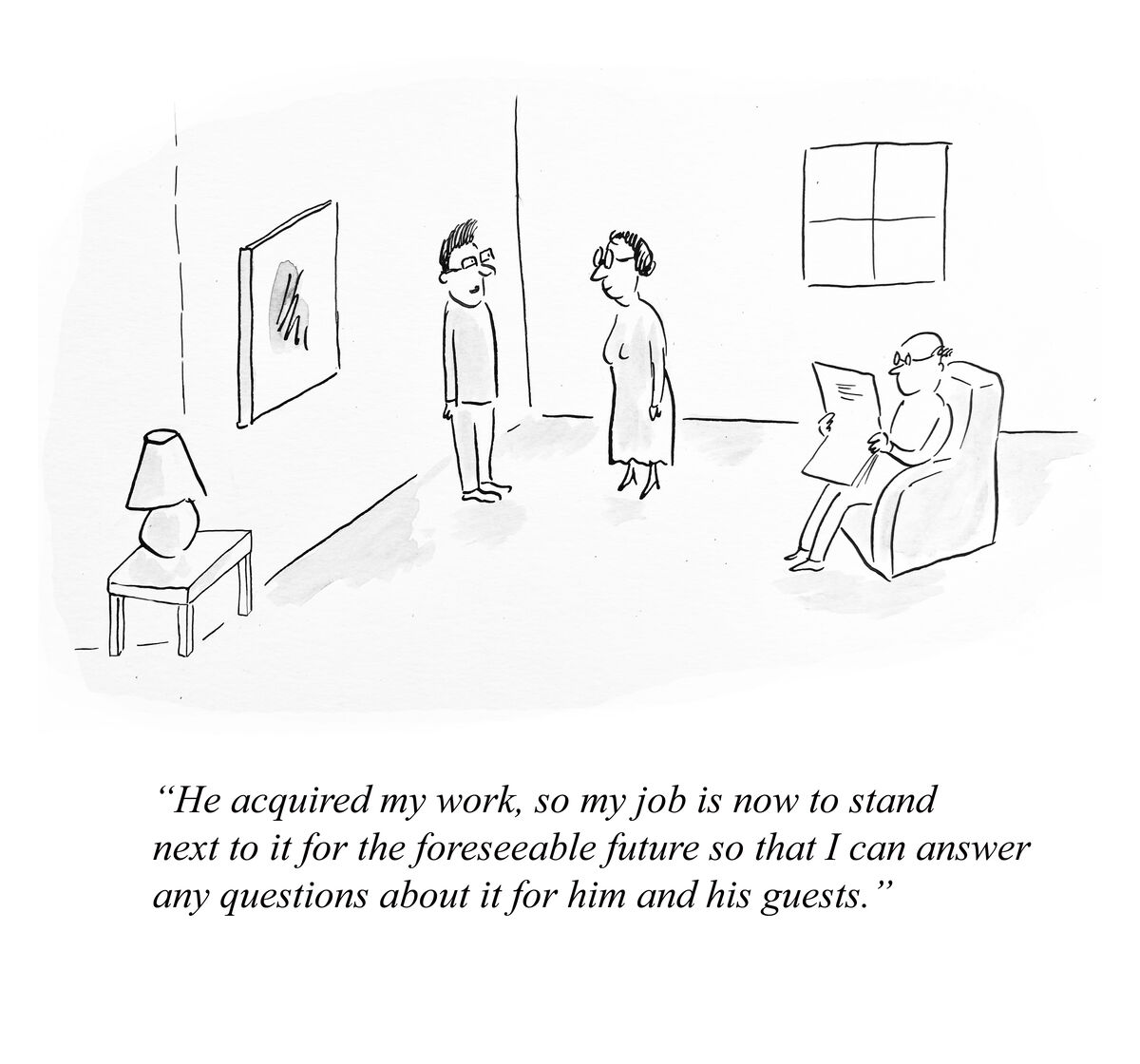 Ethics of Collecting has made the code available to the public via their website. In order to make their points as clear and accessible as possible, they commissioned a series of comics by the artist Pablo Helguera that humorously illustrate typical industry scenarios. In addition, the site also includes a self-assessment test that quizzes collectors on how familiar they are with best practices.
The collective’s plans for the near future include a workshop at the influential Delfina Foundation in London and ongoing engagement with art fairs to put the codes into practice. “In 2022, we’d like to be proactive,” said Pepe. “The image of an enthusiastic buyer with a passion for possessing things for private enjoyment excludes our duties to artists, institutions and the public. Owning an artwork comes with responsibilities.”