How much progress has philosophy actually made?

The fantastic podcast Philosophy Bites features two professors of philosophy, David Edmonds and Nigel Warburton, interviewing other philosophers about their various specialities. One of the recurring questions they ask their guests is, “who is your favorite philosopher?” The interviewees can take this question however they want — is it someone they enjoy reading the most, who they think is the most influential, or maybe who they think has the best arguments? The three most common answers are David Hume, Immanuel Kant, and Aristotle. That’s two from the 18th century and one from Ancient Greece. It’s hardly on the pulse.

Philosophy is a rich and engaging discipline, and it attracts millions of people around the world. But how far can we say that it progresses? To what extent does it improve? Isaac Newton famously wrote that science means “standing on the shoulders of giants,” where every new discovery and invention owes itself to that which has gone before. Yet, in philosophy, countless journals, books, and articles are spent examining and re-examining the thoughts of ancient philosophical thought. When a discipline spends so much “new” research looking backward, and overturning old ideas, how far can we say it progresses?

To answer the question, we shall look at two ways to understand the term “progress.” First, we’ll discuss it in terms of getting closer to truth, or at least, removing error. Second, we’ll look at in human terms, examining the extent to which philosophy improves our lives.

One foot in the laboratory

Many disciplines that we now think of as discrete fields of study were once called philosophy. Plato and the Samkhya system were doing psychology long before Freud, and the sciences were once called “natural philosophy.” The likes of Aristotle and Descartes were as much scientists and mathematicians as philosophers. The Babylonians and Egyptians saw little difference between astronomy and metaphysics. Even the smartest person in the world, Newton, dabbled in philosophy.

The fact is that philosophy has a long history of dealing with science. The questions that philosophy grapples with grow out from and respond to the developments in science. Let’s take two big areas of philosophy: epistemology and mind.

Subscribe for counterintuitive, surprising, and impactful stories delivered to your inbox every Thursday

Epistemology, or the theory of knowledge, is irrevocably entangled with the progress of psychology. The notion of “innate ideas,” which sees our ideas as pre-formed, or a priori (without experience), suffered as much from the blows of science as the critiques of philosophy. Plato and Gottfried Leibniz’s claims that we contain already all the ideas we’ll ever have, only to be rediscovered by experience, are pretty hard to maintain in a world of neuroscience. But, likewise, John Locke’s strong empiricist claims we are born as a “tabula rasa” — an utterly blank slate — are shown to be flimsy. Stephen Pinker, in his book The Blank Slate, and Noam Chomsky’s nativism of language are both examples of science encroaching on and correcting philosophy.

In the philosophy of mind — which concerns things like consciousness and the phenomenon of experience — it’s impossible not to walk in step with science. The more we discover about memory, awareness, unconscious and conscious thought, perception, dreaming, and so on, the more philosophy must adapt. Substance dualism — the idea that mind and body are two entirely separate substances — struggled even in its own day to explain how mind-body interaction happens. The more we learn about the brain, the more it seems untenable.

In those areas where philosophy deals in partially (or exclusively) scientific questions, philosophy is tied to the progress made in science. In epistemology, mind, and linguistics, philosophy sometimes leads and other times follows, but ultimately it must bow to the overwhelming weight of what science disproves. If progress means getting closer to the truth, then this is what progress means in philosophy.

A better world for everyone

Yet this answer will hardly satisfy those who love and value philosophy. It’s not exactly high praise to say progress in philosophy hangs desperately on the coat tails of what science achieves. But there is another way to view progress: in terms of human progress. Through this framework, we can measure the progress of philosophy in how far it reaches out into the world and changes things for the better. We can see philosophy as the blueprint which comes before societal change. It’s the brainstorming before the implementation.

This is seen first in the relationship between ethics and law. As times moves on, what today seems like science fiction eventually becomes real-life problems for people in the future. Things like data protection, the right to be forgotten, the highway code, or parental leave would have been nonsense to our forebears. While professors of ethics are rarely paid six digits as consultants, legislators, lawyers and judges definitely do practice philosophy in the draft stages of new laws. The debate, discussion, and critical analysis that occurs in making and passing bills is certainly philosophical. Progress, in terms of the laws and systems we live by, is built atop a foundation of philosophy.

Second, we are personally and collectively defined by those values forged in philosophy. Things like liberty, equality, democracy, or privacy are not found lying on the ground, like some mineral. They are articulated, defended, and celebrated by philosophers. Today, we live in a safer, fairer, and healthier society than any that’s gone before — much of which is owed to the theorists and philosophers of yesterday. This, then, could meaningfully be called progress in philosophy.

But progress is rarely a straight arrow. Rather, it starts and stutters its way forward. Philosophy’s progress, when measured in societal change, is no different. Progress can also regress. Democracy and liberty might be progressive, but environmental exploitation and rampant inequality might not be.

A great sea to sail

Perhaps the very question misses the point. What if philosophy is not about progress, about moving toward some final resolution, but rather it’s about finding something to live for? Philosophy is a humanity, and it’s as varied, complicated, and confusing as humans are themselves. Philosophy is not some path heading to some unknown destination. It’s a spotlight on the human condition. It’s not a single book into which we write another page. Philosophy is a library of books, and we each have to find the one which speaks best to us.

That is not to say that any philosophy will do, or that anyone with an opinion and a comments thread makes a good philosopher. There are rules and methods to philosophy, and arguments can be debunked and undone. But those that survive the fire-trial of philosophical analysis are there to be read and digested. They are the ideas and theories by which we live. They are the values, religions, morals, virtues, and behaviors that define who we are.

Philosophy is not a ship, sailing to some faraway shore. It’s the sea on which the ship sails. 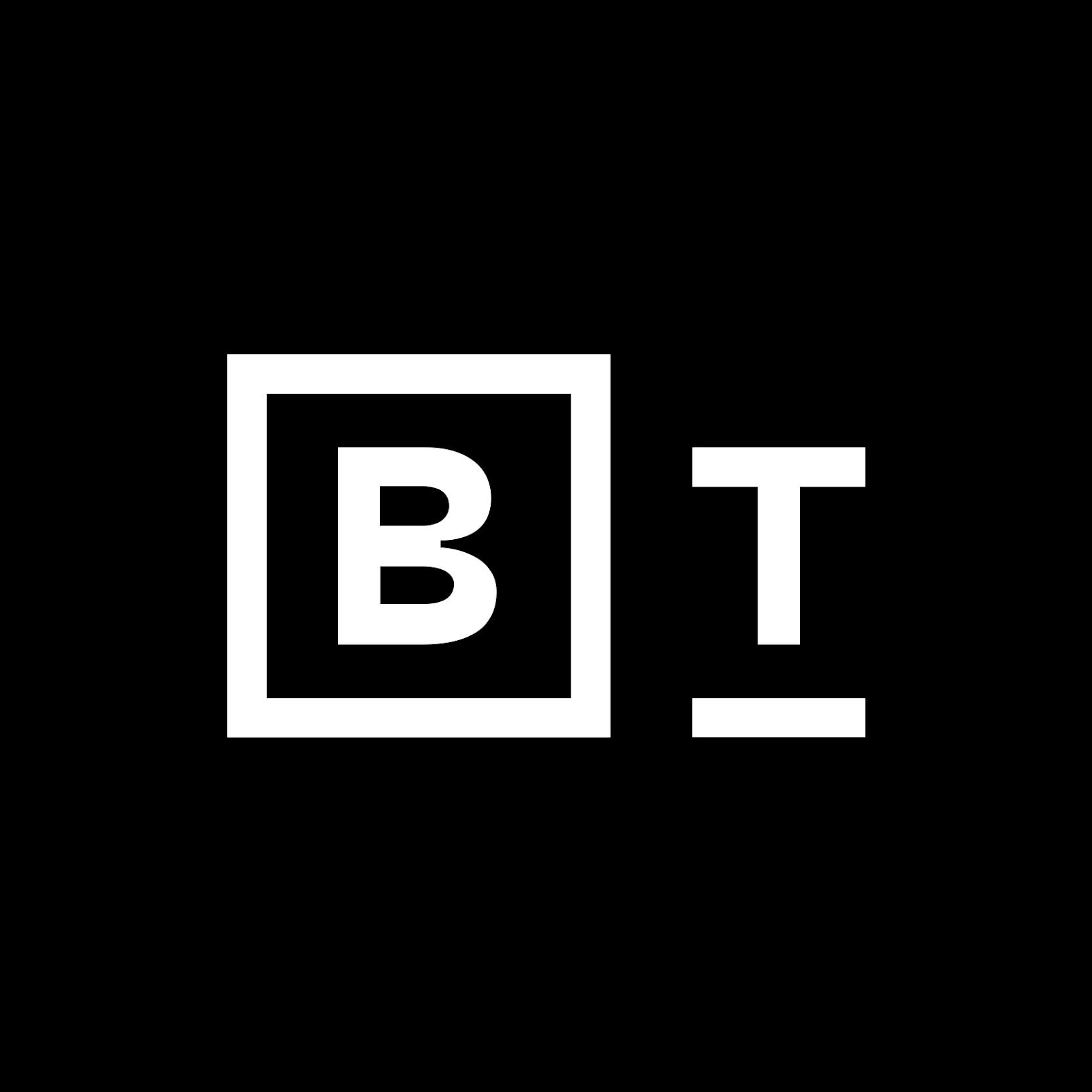 “Dopamine Nation”: Why pain is crucial in an era of easy pleasures

Experiencing too much pleasure and not enough pain may yield counterintuitive consequences.
THINKING

The death of God didn’t strike Nietzsche as an entirely good thing. Without a God, the basic belief system of Western Europe was in jeopardy.
GUEST THINKERS

“Provide the Platform of Ideas Wherever Ideas Strike”: Bart Steiner of Bulbstorm

n Since 2007, Bulbstorm has been at the forefront of smart thinking about ways that companies and brands can tap into powerful ideas online and then transform them into new products […]
THINKING

Knowing who you are can stop you from becoming who you want to be.
NEUROPSYCH

When facing a hard decision, consider choosing change over inaction.
UP NEXT
HARD SCIENCE

The light from Earendel took 12.9 billion years to reach Hubble. The star is millions of times brighter than our Sun and 50 times as massive.
Posted by Cabecilha at 4:48:00 PM 1 comment: