Lockdowns could have long-term effects on children’s health 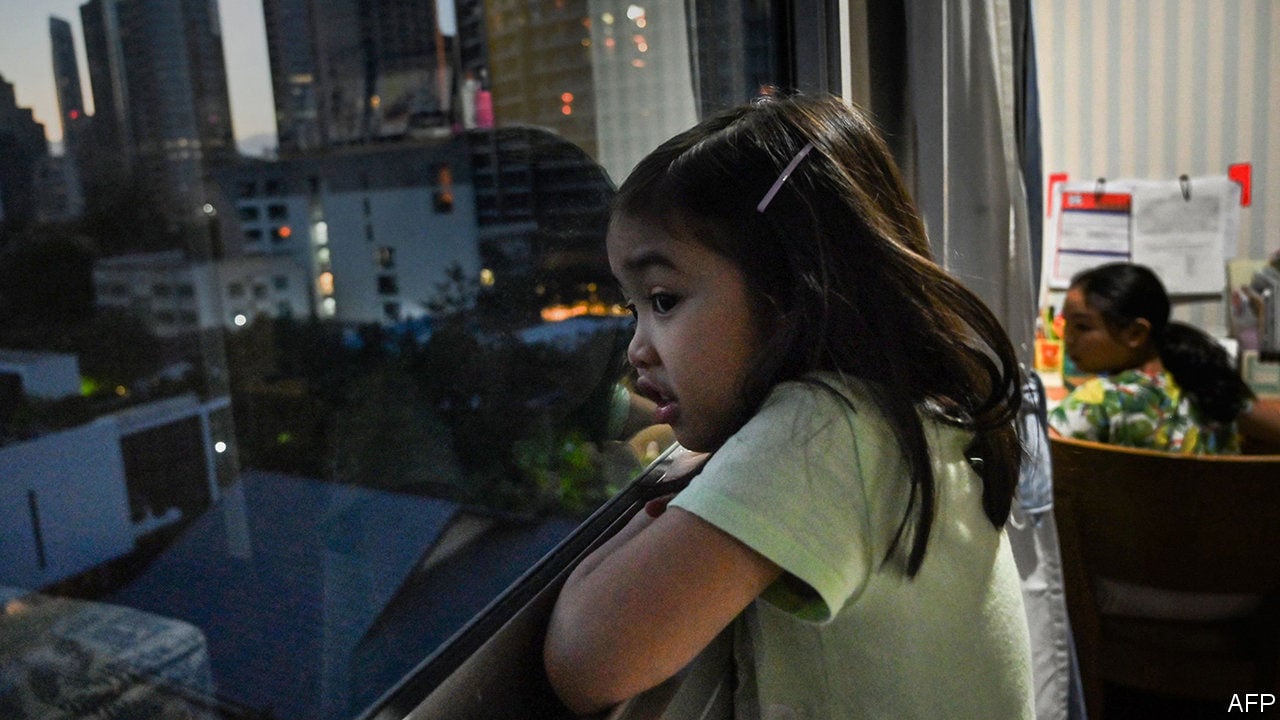 International
Jul 19th 2020
THIS MAY seem a foolish time to stage a gigantic volleyball tournament in Florida, a covid-19 hotspot. Yet this week several thousand young athletes turned up in Orlando to smash balls back and forth over a net. At least they will get some exercise. Many of their peers will not.
The pandemic is harming children’s health. Not that they are dying in large numbers of the virus itself, which seems to affect them only mildly. And not only because of a growing body of evidence suggesting that lockdowns harm their mental health. It is also because life under confinement in rich countries has been making children fatter and more sedentary. These effects may well last much longer than the restrictions designed to curb the disease.
Research on children’s behaviour during these strange times is of course in its infancy. But early-stage data suggest that their diet has changed. A new study in Obesity, a science journal, looked at already overweight youngsters who were confined to their apartments in Verona, Italy, during the coronavirus outbreak. It found that although the children’s intake of fruit and vegetables was unchanged, within three weeks they were consuming considerably more crisps, sugary drinks and red meat. The researchers found they were sitting down, on average, to one extra meal every day.
One reason for this is that they spent more time gawping at their phones, televisions and computers. Screen time among the Obesity survey sample increased by close to five hours a day. That not only means more time spent sedentary, but is also linked to higher consumption of unhealthy foods. Partly, this is because staring at a device presents an opportunity to snack, says Myles Faith of the University of Buffalo, one of the report’s authors. But children are also bombarded with marketing for junk food. As fast food and sugary drinks are known to be addictive, their appetite for such fare is likely to continue when lockdown ends.
Sloth can become a habit, too. According to a study by the University of Wisconsin, during the pandemic American children over the age of ten have engaged in 50% less physical activity. Younger children who spend more of their time staring at a screen than running around (or vice versa) tend to carry that behaviour into adolescence, says Anthony Okely of the University of Wollongong in Australia. Lack of sleep is another problem, he says. Children have spent on average half an hour less in the land of nod while under confinement, he reckons. Worse, their sleep patterns have changed. Locked-down kids are going to bed much later (and lying in a little longer). Such behaviour is associated with poorer cognition and self-regulation. It may also increase a child’s weight.
All of these effects can be traced, in part, to schools being closed. School not only gives structure to pupils’ lives, affording them less time to stare at a phone, spacing out their meals and prompting them to go to bed earlier. It also forces them to move around more. Break-time kickabouts and games lessons help hugely. Even the physical act of going to school—the walk to the bus stop or the cycle ride to class—adds to youngsters’ daily exercise. But even when schools reopen, many of these health benefits may remain lost, at least for a while. Parents worried about germs on public transport will be more likely to drive their offspring to school. At break, social distancing will be the rule. After-school athletics clubs will hardly be a priority.
Indeed, organised youth sport has been another casualty of the pandemic. Children who play sport are less likely to be obese, to smoke or to take drugs, says Jon Solomon of the Aspen Institute, a Washington think-tank. They also tend to get higher grades and, eventually, better-paid jobs, even after controlling for family income. All this is associated with better long-term health. Yet after just two months of anti-coronavirus measures, nearly a fifth of American kids have lost interest in playing sport, according to a survey by an Aspen division called Project Play. Something similar seems to happening elsewhere, too. New Zealand was one of the first countries to leave lockdown, and has also lifted nearly all covid restrictions. Even so, registrations for organised rugby in the 5-13 age group are down by around a fifth from last year. The number of players is expected to rise as the season progresses, says Steve Lancaster, head of participation and development at New Zealand Rugby. But being a “close proximity sport” probably counts against it, he thinks. Social distancing in a scrum is impossible.
In all of this, it seems that hard-up kids will suffer most. They are more likely to rely on schools for nutritious meals. They are also less likely to have the space at home in which to exercise. And as their neighbourhoods tend to be more dangerous, playing outside is less appealing, says Mr Okely.
That means organised sport should play a bigger role. Yet according to Aspen’s survey, although 60% of parents who earn over $100,000 say their kids will resume sports at the same or higher level once pandemic restrictions are lifted, only 44% of those earning under $50,000 say the same. Furthermore, because ethnic minorities in America appear to be at greater risk from the virus, black and Asian parents are more fearful that their children will fall ill while playing sport. They are correspondingly less likely to say their kids will resume activity once the pandemic passes, says Mr Solomon.
Back in Florida, one hopes that the young volleyballers come away with nothing worse than the odd twisted ankle or pulled muscle. For many children elsewhere, the effects of 2020’s confinement may last for years.
Reuse this contentThe Trust Project

Are There Any “Art Movements” in Photography? 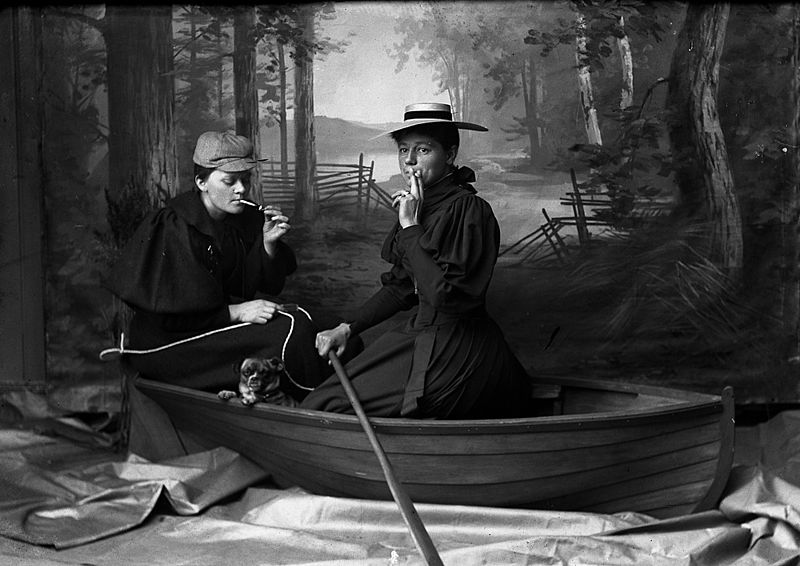 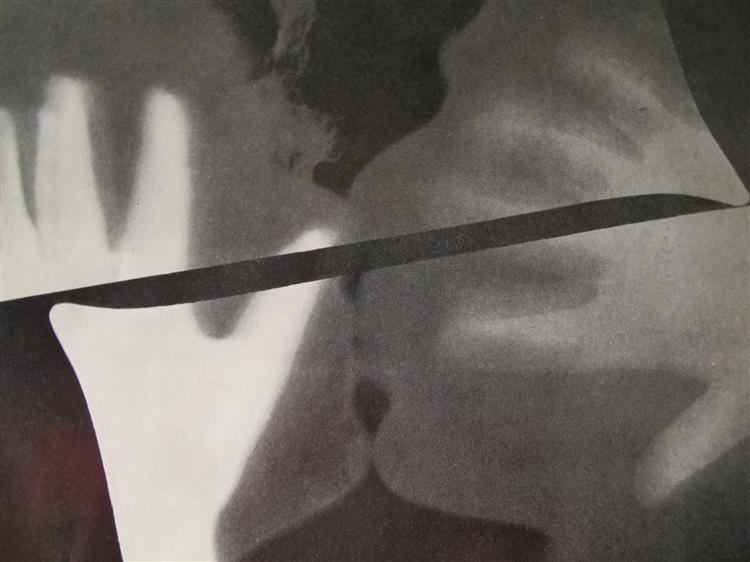 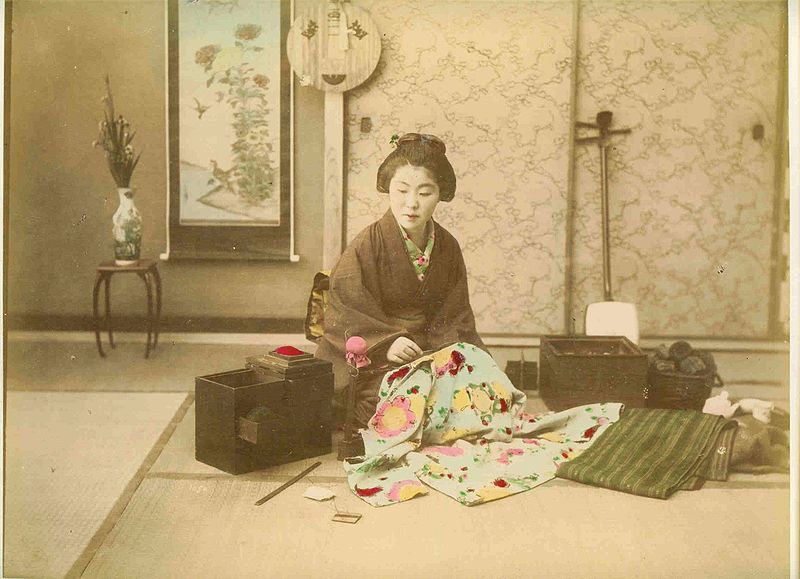 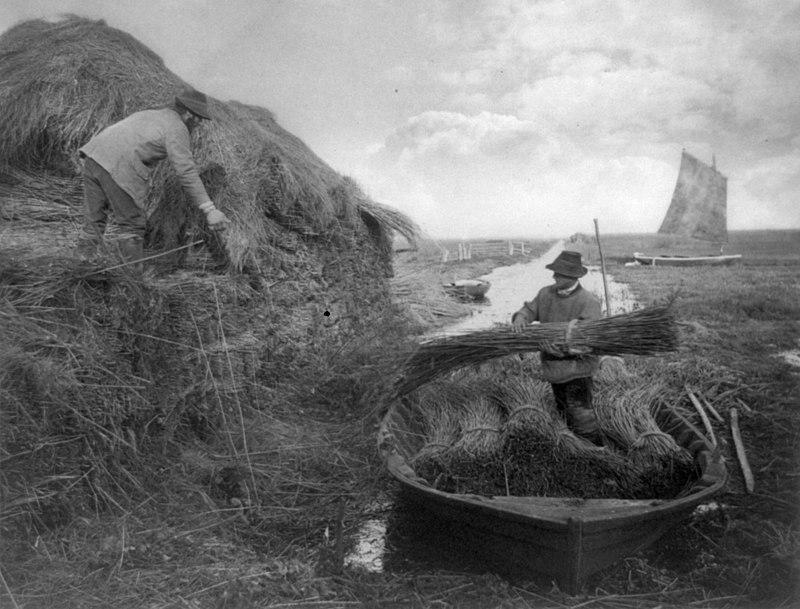 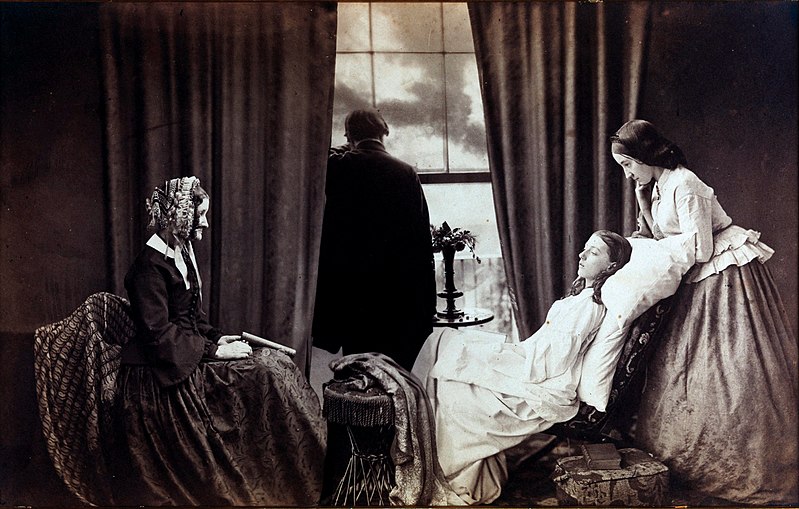 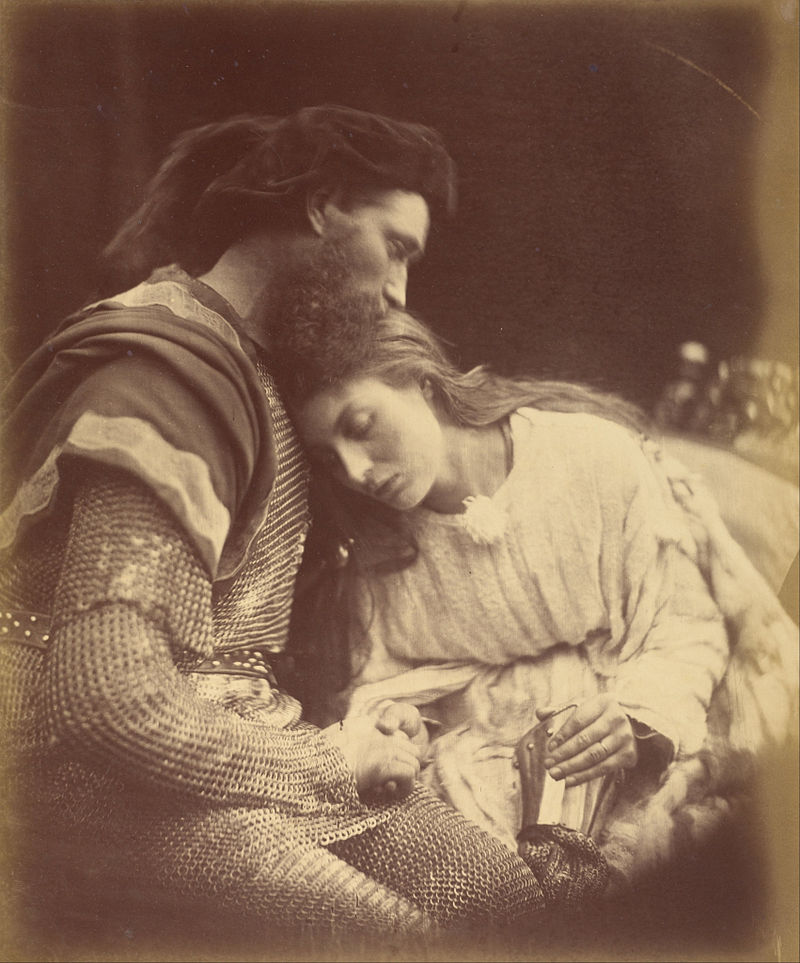 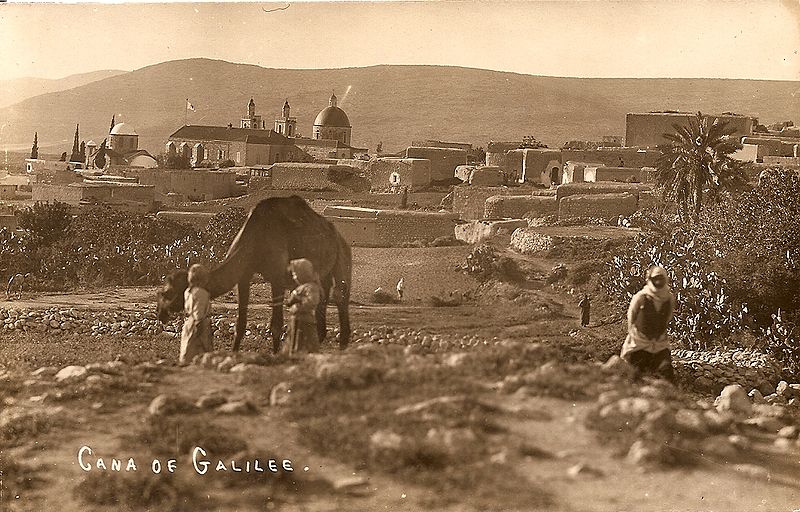 How To Talk About Art History

It's easier than it seems.

Are There Any “Art Movements” in Photography?

An example of pictorialist photography. Marie Høeg and Bolette Berg, Marie Høeg og Bolette Berg i båten, ca. 1895-1903. Preus Museum, Norway.
Reader question: “My question is related to photography. More specifically movements in photography. For example, in paintings we have romanticism, surrealism, minimalism, etc. Are there anything similar in photography or are there anything specific to photography in this regards?”—asked by Phaisal
That’s a great question, and my short answers are: yes, photography was often part of those art movements (once it was invented), but also, yes; there are a couple of movements that are specific to photography.
(Sidenote: “Art movements” are often there to help us understand a large range of influences, aims, and styles that were happening in a certain period of time, but it’s also of course true that not all art belonged to a movement. In this early blog post, I answered the question “Are all artists and their works classified as part of a particular movements?”, which could be useful reading for this topic as well.)

Man Ray, Rayograph, 1922. The Museum of Modern Art, New York. © Man Ray Trust / Artists Rights Society (ARS), NY / ADAGP, Paris 2018
I’ll get to the “photography-only” movements below, but first, I want to quickly make the point that lots of other art movements involved photography as well. Ever since it was invented in the early 19th century, photography became deeply integrated into the art world. It served as inspiration for movements like Naturalism and Impressionism, but there was also photography in movements like Romanticism, Surrealism, Dada, and many more. Well known photographer Man Ray, for example, participated in both the Dada and Surrealist art movements. He created “rayographs”, a type of cameraless photography in which he placed objects directly on a sheet of photosensitized paper and exposed them to light. That’s how he created the above work, The Kiss, by using hands, darkroom trays, and two heads kissing as stencils.
As well as being part of art movements, photography has also been an essential component of many art forms that aren’t just photography. There are, for example, the photographic collages of Dada and Pop art, and the photographic documentation of performance art throughout the 20th and 21st centuries. A great example of this is the Beijing East Village performance artists. In the early 1990s, they started staging intense happenings in which they would use their bodies in extreme ways. The performance 12M2 by Zhang Huan, for example, involved him sitting in an outdoor toilet covered in honey and fish oil for 45 minutes. The performances were primarily documented by photographs, which have become just as much a part of the art as the performance was.

Peter Henry Emerson, “Ricking the reed”, from Emerson’s first photographic album Life and Landscape on the Norfolk Broads, 1886.
Straight photography was more related to the initial view of what photography was: a completely objective, faithful, and almost scientific depiction of a scene. The main aim was to improve photographic technology to create sharper images that could even more faithfully depict reality. British photographer Peter Henry Emerson advocated for straight photography in his 1889 book Naturalistic Photography for Students of the Art with the phrase “beauty is truth, truth is beauty”. In many ways, the book was a direct attack on photographers who manipulated or staged their photographs. Emerson took all of his photos in a single take and without any retouching.

Henry Peach Robinson, Fading Away, 1858. George Eastman Museum.
Pictorialism, meanwhile, stated that pictorial photography’s main aim was to be symbolic or allegorical, and that manipulation of the image was actually encouraged to better communicate the message of the image. Emotional impact was also a key component. This view was first articulated in British photographer Henry Peach Robinson’s 1869 book, Pictorial Effect in Photography: Being Hints On Composition And Chiaroscuro For Photographers. He was a big proponent on a specific way of manipulating photographs called ‘photomontage’, in which multiple different photographs were combined to create fictional scenes.

Julia Margaret Cameron, Parting of Sir Lancelot and Queen Guinevere, 1874.
British photographer Julia Margaret Cameron was another well known 19th century photographers who staged and manually manipulated her photographs, creating symbolic or allegorical scenes such as Parting of Sir Lancelot and Queen Guinevere above. She would, for example, make deliberate ‘mistakes’ like having prolonged exposure or a slightly out-of-focus lens to get the effects she needed.
Pictorialism later also gave rise to the American Photo-Secession movement in the early 20th century, which also promoted photography as a fine art with the viewpoint that the artist’s manipulation of the image was the most important part of photography rather than what was in front of the camera lens.
There are lots of other photographic “styles” and “genres” that could possibly be classified as movements (I mean, what even is a “movement”? Am I right?) like conceptual photography, travel photography, photojournalism, and street photography. The reason I’m not really including these is because the terms tend to not be as time-specific—conceptual photography, for example, emerged during the conceptual art movement, but is still being applied to photographs produced today.

Karimeh Abbud, Postcard of Cana in Galilee, ca 1920.
Overall, there aren’t as many clearly delineated art movements that are unique to photography as there are to paintings and sculptures. I’d say that’s most likely because photography came pretty late in the game—most bona fide, widely acknowledged art movements, after all, were named decades or even centuries after they happened, in attempts to delineate and classify art history.
So, maybe in a few hundred years there’ll be more photographic art movements out there. Until then, let me know what your favourite style/genre of photography is! Or favourite photographer! (Mine are, respectively: 19th century studio portraits and, right now, probably Zanele Muholi.)
1800S1900SPHOTOGRAPHY
Posted by Cabecilha at 4:14:00 PM No comments: