MUTANTS in the park

this cock-a-doodle-rooster, for lack of human visitors, decided to take over the park and become lord of the trees » so now , this flying cock thinks he's an eagle! He manages to do a crafty landing but... he just can't stop cock-a-doodling! 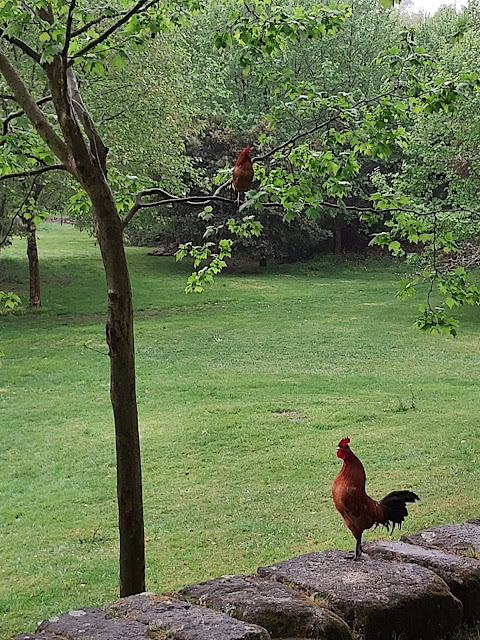 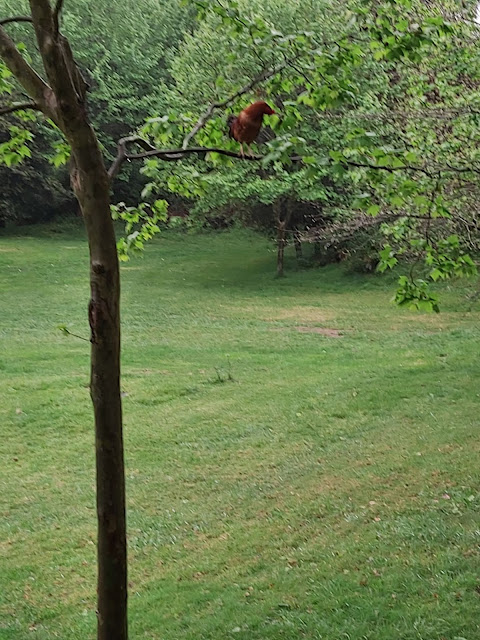 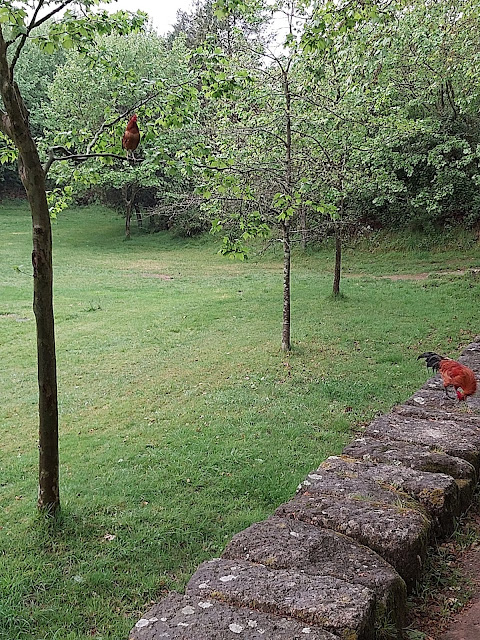 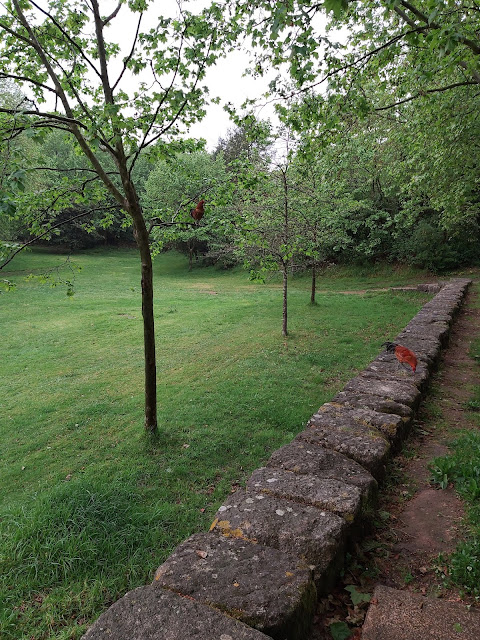 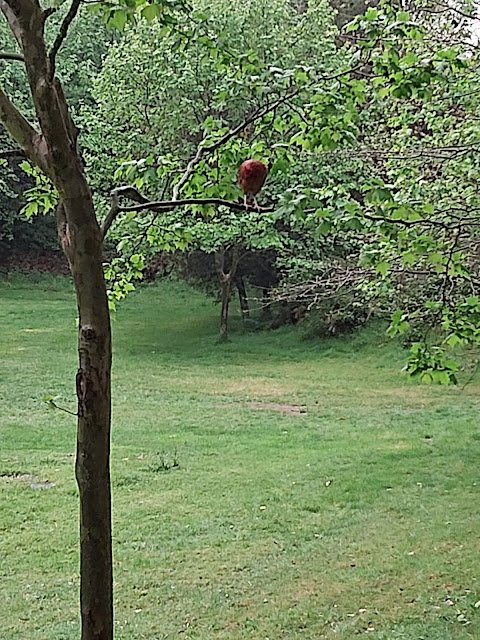 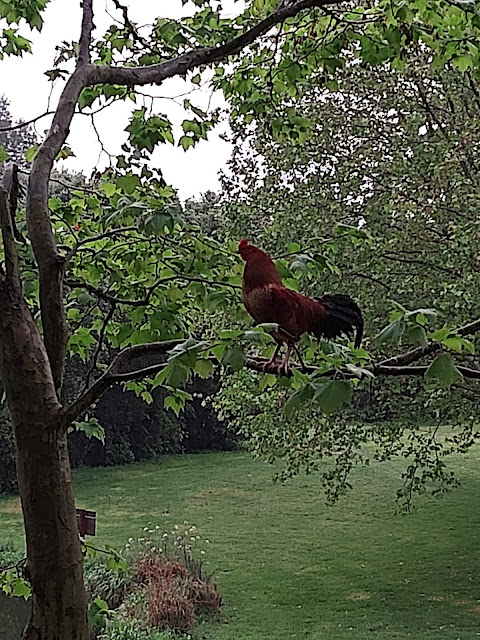 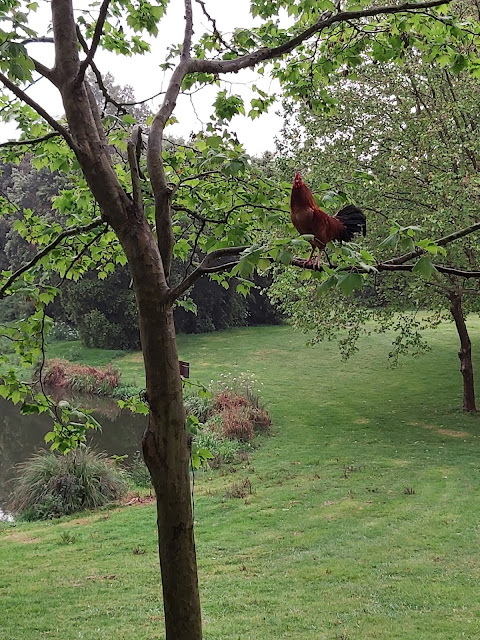 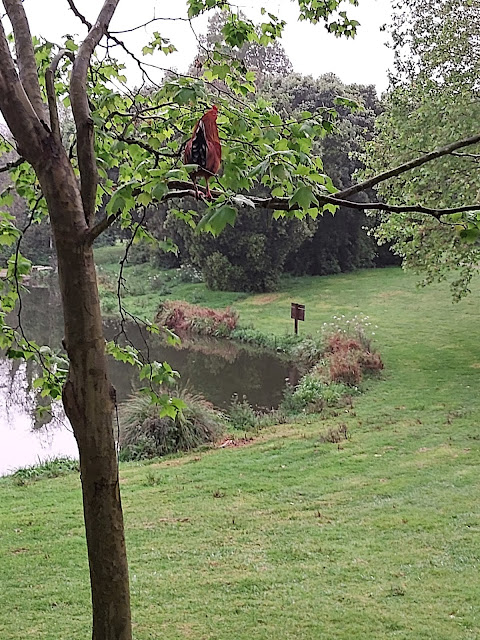 HE CAN'T BE BOTHERED

European Art World Will Recover Faster Than the American

The Gray Market: Why the European Art World Will Recover Faster Than the American One (and Other Insights)

Our columnist digs into the US and Europe's economic rescue plans to show why one stabilizes the arts much better than the other.
Tim Schneider, April 6, 2020
Every Monday morning, Artnet News brings you The Gray Market. The column decodes important stories from the previous week—and offers unparalleled insight into the inner workings of the art industry in the process.
This week, finding that not all rescues are created equal…

On Monday, economists Emmanuel Saez and Gabriel Zucman contributed a New York Times op-ed that suggests American and European businesses might recover from our current global crisis along very different timelines. This possibility could have major implications for the two continents’ respective art industries, for-profit and nonprofit alike. And if so, the deciding factor won’t be the amount of government aid provided to small businesses and the self-employed; it will be the way that aid was distributed.
Headlined “Jobs Aren’t Being Destroyed This Fast Elsewhere. Why Is That?,” Saez and Zucman’s piece opens with a few of the staggering labor figures already roaring out of a US economy under siege. They report that 3.3 million new people filed for unemployment insurance during the week of March 15 alone. That was the highest number of first-time applicants recorded in one week since the Department of Labor started keeping track of jobless claims in 1967. The previous peak, reached in October 1982, was 695,000—an order of magnitude lower, as this blood-chilling GIF clarifies.
And if you think that’s bad enough, brace yourselves: the following week, the number of new unemployment filings doubled to 6.6 million, bringing total jobless claims to about 10 million during the final two weeks of March 2020.
Yet the most deeply disturbing element here is that the catastrophe is still in its early stages. Saez and Zucman relay an estimate that a jaw-dropping 30 percent of the American workforce could be jobless by July 1. For reference, that’s also the earliest date the Metropolitan Museum of Art realistically hopes to reopen. Yet even more aggressive projections exist. The Washington Post, for instance, claimed on Friday that “economists expect that 40 million Americans will be out of work by mid-April.”
Now, as I covered last week, the US just passed the largest rescue bill in its existence: a $2.2 trillion aid package that includes $349 billion in forgivable loans to small businesses, $300 billion in direct payments to households, and another $250 billion in expanded unemployment insurance. Although the legislation includes very little money specifically earmarked for arts and culture (about $300 million), plenty of artists, arts workers, art-business owners, and arts nonprofits will benefit from these general funding mechanisms.
Yet despite a historic federal cash infusion, Saez and Zucman argue that “Congress must quickly design a more forceful response to the crisis.”
Why? Because the US rescue accepts mass layoffs and small-business destruction as givens, whereas countries such as Germany, France, and the UK have designed their own respective efforts to prevent those outcomes in the first place. And unless something changes, the strategic distinction could leave the post-crisis American arts infrastructure woefully behind its transatlantic counterparts.

The critical differences between US and European rescue measures hinge on two questions: Who gets money, and what do they have to do to receive it?
Let’s cover the European side of the equation first—and Brexit be damned, Great Britain’s approach justifies its inclusion with the rest of the continent. Across national borders, the rescue packages are largely designed to funnel government funding to businesses of all sizes first—but only on the condition that employers retain workers, usually at two-thirds or more of their pre-crisis pay rate, throughout the state-mandated shutdown.
The wisdom in this approach comes from recognizing that every capitalist economy is an ongoing chain reaction that is at risk of backfiring in a prolonged period of social distancing. Customers confined to their homes stop buying goods and services from most businesses; most businesses then can’t manage to pay their staff (or their landlords); many staff members then lose their jobs, meaning they, in turn, can’t pay their landlords or buy goods and services from most businesses; and the vicious cycle repeats, worsening every time.
European-style job-retention measures aim to reinforce as many existing links in this economic chain as possible. In the short term, these systems minimize both the tangible and intangible costs of mass unemployment. The benefit isn’t just that millions of workers can continue buying essentials and paying their rent during a society-wide stay-at-home period. It’s that, once conditions restabilize, the recovery won’t be delayed by an enormous hunt for new work and new workers.
Think of it as the economic equivalent to Jurassic Park: all the necessary genetic material has been preserved in amber; flip a few switches, and the T. Rex is roaring out of the underbrush again almost as soon as the habitat is ready.
And while the US rescue package contains elements of this approach, the similarities risk being undermined by a regrettably on-brand commitment to the law of the jungle—one that can be especially deadly to an arts economy that doesn’t necessarily proceed along the most easily trackable path. US treasury secretary Steven Mnuchin at a White House press briefing, with secretary of state Mike Pompeo looking on. Photo by Andrea Hanks. Courtesy of the White House.

Under the American system, small businesses—including galleries, nonprofits, art-services companies, and more—must apply for emergency loans through the newly established $349 million Paycheck Protection Program (PPP). The loans are forgivable if recipients channel at least 75 percent of the funds into keeping staff on payroll at or near their pre-crisis compensation levels, theoretically incentivizing business owners to preserve the workforce à la Europe.
However, the rollout of the PPP so far borders on being a junkyard blaze. Final rules and regulations were not finalized until late last Thursday night, only hours before lenders were scheduled to launch the program Friday morning. As a result, many financial institutions—including major banks such as Wells Fargo, Citigroup, and PNC—did not even offer applications for the PPP on the initiative’s opening day.
Those who did were overwhelmed by demand. Bank of America alone received 85,000 applications totaling $22 billion in loans by end-of-day Friday.
This bungled execution is already problematic based on the fact that every day counts for struggling small businesses, most of which only have enough cash on hand to survive between two and four weeks. But it’s doubly damaging because the US is distributing its $349 billion in emergency loans on a first-come, first-served basis. So if you were a small gallery owner unable to apply on Friday for any reason, guess what? Tens of billions of dollars in aid are already gone from the fund, lowering your odds of securing desperately needed liquidity before the vault is bare.
Yet even the lucky entrepreneurs who were approved for emergency loans aren’t necessarily out of the financial danger zone. According to an NBC News report on Saturday, bankers “had no idea when these customers would start to see money in their accounts.” The uncertainty arises from both the tidal wave of applications and what the US Small Business Administration, which must process each loan, termed “ongoing technical issues” syncing its own computer systems to those of lenders. Andy Warhol in Paris, April 22nd, 1986. (Photo by Francois LOCHON/Gamma-Rapho via Getty Images)
What happens to the US galleries and art-services businesses that don’t manage to fight their way to a federal emergency loan? It partly depends on geography. New York City, for instance, has rolled out both an employee-retention grant program and its own small-business loan initiative. But the New Art Dealers Alliance (NADA) has been lobbying city and state officials for weeks because the requirements of the programs, including the ability to demonstrate a 25 percent decline in revenue caused by the present crisis, render many of New York’s small galleries ineligible.
Without significant expansions of federal, state, and municipal aid, then, many businesses inside and outside the art world will simply die. In the short term, this will leave millions of workers no choice but to apply for unemployment insurance. This separate bureaucratic process is frustrating enough on its own; an aside in another Times piece this week mentioned one applicant having to call the New York State Department of Labor “roughly 240 times in two days in March to finally connect with a person to file for benefits.”
But relying on unemployment insurance also amplifies the inefficiencies of an eventual American recovery by linking payments to weekly proof that the suddenly jobless are actively hunting for new work. In other words, the system incentivizes the destruction of pre-crisis links in the economic chain, making it much more likely that workers must start over somewhere else when this mess is over—especially since their former employer may not survive the social-distancing epoch.
Workers and business owners in every sector of the art industry are now in danger from these unprecedented circumstances. In the past seven days alone, three major American museums—SFMOMA, the Whitney, and the New Museum—furloughed or laid off employees collectively numbering in the hundreds. Emerging and midsize galleries in the US will start closing down for good in the coming weeks, with the damage radiating out to scores of freelancers and related companies in the arts.
The end result will be thousands of Americans left wondering what to do next in one of the most uncertain moments in art (and human) history. Meanwhile, their European counterparts will have significantly more stability, now and in a post-crisis future, strictly because their officials have designed aid programs meant to preserve the valuable connections already formed.
This is not to say that great art, great galleries, and great new institutions won’t arise to fill the void created by this unprecedented fiasco. Maybe the new American art world will even be more interesting and more innovative than the old one. But it will take time to form, and some promising figures battered by the crisis and abandoned by the deeply flawed rescue system simply won’t come back. And for a US art scene already hundreds of years behind Europe, at least in terms of the way it is valued by the larger culture, we’re kidding ourselves if we think the “how” of our government’s aid efforts matters any less than the “how much.”
[The New York Times]

That’s all for this week. ‘Til next time, remember: don’t trust the process unless you’re sure it’s been thought through.