To Save Paris, Defeat ISIS 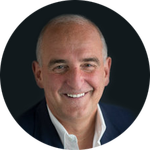 MILAN — The Paris slaughter claimed by the Islamic State constitutes, as President François Hollande of France declared, an “act of war.” As such, it demands of all NATO states a collective response under Article 5 of the North Atlantic Treaty. This says that, “An armed attack against one or more of them in Europe or North America shall be considered an attack against them all.”
Alliance leaders are already debating what that response should be. Hollande has spoken to President Obama. Other NATO countries, including Germany and Canada, have expressed solidarity. Indignation and outrage, while justified, are not enough.
The only adequate measure, after the killing of at least 129 people in Paris, is military, and the only objective commensurate with the ongoing threat is the crushing of ISIS and the elimination of its stronghold in Syria and Iraq. The barbaric terrorists exulting on social media at the blood they have spilled cannot be allowed any longer to control territory on which they are able to organize, finance, direct and plan their savagery.
Hollande left no doubt that that the attacks were “prepared, organized and planned from abroad, with complicity from the inside.” ISIS, or one of its affiliates, has also claimed responsibility for the recent downing of a Russian passenger jet, with the loss of 224 lives. The United States and Britain believe these claims are credible.
It was wrong to dismiss ISIS as a regional threat. Its threat is global. Enough is enough. A certain quality of evil cannot be allowed physical terrain on which to breed. Pope Francis declared the Paris attacks “not human.” In a sense he is right. But history teaches that human beings are capable of fathomless evil. Unmet, it grows.


To defeat ISIS in Syria and Iraq will require NATO forces on the ground. After the protracted and inconclusive Western interventions in Iraq and Afghanistan, it is reasonable to ask if this would not be folly. It is also reasonable to demand – and many will – whether military action will only have the effect of winning more recruits for ISIS as more lives and treasure are squandered. Terrorism, the old nostrum has it, can never be completely defeated.
Such arguments are seductive but must be resisted. An air war against ISIS will not get the job done; the Paris attacks occurred well into an unpersuasive bombing campaign. Major powers, including Russia and China, have vigorously condemned the Paris attacks. They should not stand in the way of a United Nations resolution authorizing military action to defeat and eliminate ISIS in Syria and Iraq. Regional powers, especially Saudi Arabia, have an interest in defeating the monster they helped create whose imagined Caliphate would destroy them.


ISIS is slick and effective. It has a well-run propaganda machine and an ideology compelling to disaffected Muslim youth persuaded of Western perfidy. The combination of medievalist literalism and technological prowess has produced a fanatical army of borderless appeal. But ISIS is far from insuperable in military terms. Western intelligence is now elaborate. The almost certain killing in an air strike Thursday of Mohammed Emwazi (known as Jihadi John), the Islamic State’s most wanted executioner, demonstrated this.
Advertisement
Continue reading the main story
Advertisement
Continue reading the main story
It is not enough to say, as the Obama Administration has up to now, that ISIS will be defeated. These words lack meaning without a corresponding plan. There is time pressure because time is being used precisely to plan new atrocities.
? You call that a policy? I don't even call it a coherent sentence.
With each one, the possibility of a spiral of religious and sectarian violence in strained European societies increases. Hatred of Muslims seems to be on the rise. The Bataclan, the club targeted in the Paris attacks, has, as the French magazine Le Point pointed out, been a frequent meeting-place for Jewish organizations.


The killings occurred as hundreds of thousands of desperate Muslim refugees from Syria are streaming into Europe. This is not the time to turn on them, but to help them, even if extreme vigilance is needed. They, too, in their vast majority, are fleeing ISIS, as well as the indiscriminate violence of President Bashar al-Assad. Nonintervention in Syria has proved a policy fraught with bloodshed and danger, now seeping into Europe.
The battle will be long. Islam is in a state of fervid crisis, riven by the regional battle of Sunni and Shia interests (read Saudi Arabia and Iran), afflicted by a metastasizing ideology of anti-Western hatred and Wahhabi fundamentalism, seeking a reasonable accommodation with modernity. The scourge within it can probably only be defeated from within, by the hundreds of millions of Muslims who are people of peace and are as appalled as any sentient being at the Paris slaughter. Their voices need to be raised in unambiguous and sustained unison.
Crushing ISIS in Syria and Iraq will not eliminate the jihadi terrorist threat. But the perfect cannot be the enemy of the good. Passivity is a recipe for certain failure. It is time, in the name of humanity, to act with conviction and power against the scourge of the Islamic State. Disunity and distraction undermined past military efforts to defeat the jihadis. Unity is now attainable and with it victory.
Posted by Cabecilha at 7:04:00 PM No comments: