Quotes in Praise of Precipitation

They say that April showers bring May flowers, but April is officially off the hook this year in parts of the U.S.: a historically wet winter has alleviated Southern California’s drought, resulting in a “superbloom” of desert wildflowers. With crisis momentarily averted (except for in the Pacific Northwest, which is now expecting the worst flooding in decades), we can enjoy one of life’s simplest pleasures in a state of freedom from expectation. 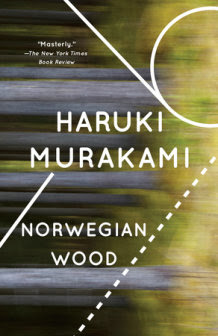 
Precipitation has inspired authors to pick up the pen since time immemorial, a phenomenon Sylvia Plath noted in her journals: “It is raining. I am tempted to write a poem. But I remember what it said on one rejection slip: ‘After a heavy rainfall, poems titled ‘Rain’ pour in from across the nation.'” Even so, we’re glad for the glut of memorable lines on the subject, it’s a reminder of one of the secondary pleasures of a rainy day: finding a dry, quiet place to read.
Pablo Neruda, Neruda: Selected Poems, 1990
“At night I dream that you and I are two plants
that grew together, roots entwined,
and that you know the earth and the rain like my mouth,
since we are made of earth and rain.”
Haruki Murakami, Norwegian Wood, 1987
“Colors shone with exceptional clarity in the rain. The ground was a deep black, the pine branches a brilliant green, the people wrapped in yellow looking like special spirits that were allowed to wander over the earth on rainy mornings only.”
Charles Bukowski, Betting on the Muse: Poems and Stories, 1996
“I think that the world should be full of cats and full of rain, that’s all, just cats and rain, rain and cats, very nice, good night.”
Barbara Delinsky, The Secret Between Us, 2008
“Rain didn’t make things messy. People did that all on their own.”
Arundhati Roy, The God of Small Things, 1997
“Heaven opened and the water hammered down, reviving the reluctant old well, greenmossing the pigless pigsty, carpet bombing still, tea-colored puddles the way memory bombs still, tea-colored minds.”
Terry Pratchett, Soul Music, 1994
“It was raining in the small, mountainous country of Llamedos. It was always raining in Llamedos. Rain was the country’s main export. It had rain mines.”
Jerry Spinelli, Maniac Magee, 1990
“It was the day of the worms. That first almost-warm, after-the-rainy-night day in April, when you bolt from your house to find yourself in a world of worms. They were as numerous here in the East End as they had been in the West. The sidewalks, the streets. The very places where they didn’t belong. Forlorn, marooned on concrete and asphalt, no place to burrow, April’s orphans.”
Jeanette Winterson, Art and Lies, 1994
“Fall for me, as an apple falls, as rain falls, because you must. Use gravity to anchor your desire.”
Lewis Carroll, Alice’s Adventures in Wonderland & Through the Looking-Glass, 1865
“‘Do you think it’s going to rain?’
Tweedledum spread a large umbrella over himself and his brother, and looked up into it.
‘No, I don’t think it is,’ he said: ‘at least – not under here. Nohow.’
‘But it may rain outside?’
‘It may – if it chooses,’ said Tweedledee: ‘we’ve got no objection. Contrariwise.'
”