Great Things To Do Before the Year is Out

A pleasing end to 2018 courtesy of the best exhibitions to see, films to watch, theatre to enjoy and food to eat this month

The Best of Film

If you’re looking for a reason to roll off your sofa this holiday season, our handpicked array of upcoming releases provide excellent incentive. First up there’s The Image Book, the latest offering from directing legend Jean-Luc Godard. It is a dizzying film essay, composed chiefly of pre-existing imagery, that serves to explore the role of cinema in world history in a way that only Godard can. The Old Man and the Gun sees A Ghost Story director David Lowery turn his attention from aggrieved spectres to ageing swindlers in this excellent heist caper. It’s worth catching for the cast alone: Robert Redford plays the most gentlemanly bandit you’re ever likely to encounter in what is reportedly his last role, while the inimitable Sissy Spacek plays the part of doting love interest to a T. Then there’s Sorry To Bother You, the much-buzzed-about satirical fantasy from Boots Riley, set in alternate present-day version of Oakland, California and following a telemarketer who discovers a magical key to success. A macabre farce ensues.
Two more accomplished debuts come courtesy of Tides by Tupaq Felber and An Elephant Sitting Still by young Chinese director Hu Bo, who tragically died after the film’s completion. The former is the story of four friends who reunite for a drink and drug-fuelled boat trip along the canals of southern England, and offers a meandering, monochrome meditation on the trials and tribulations of middle age. The latter is an electrifying, almost four-hour portrait of four people desperate to escape the stupor of their small-town lives in northern China and takes place between dawn and dusk on a single, anxiety-ridden day.
Don’t miss Polina, the heady tale of a classically trained young dancer (Anastasia Shevtsova) whose discovery of contemporary choreography derails her plans to enroll with the Bolshoi Ballet. Starring the ever-brilliant Juliette Binoche as Polina’s exacting mentor, this captivation drama will enthrall dance lovers and film fanatics alike. This month’s unmissable documentaries, meanwhile, are Theatre of War by Argentine multidisciplinarian Lola Arias – an artfully absurd exploration of the Falklands War, 35 years on; and Free Solo, from Jimmy Chin and Elizabeth Chai Vasarhelyi, which follows the fearless scrambler Alex Honnold as he completes the first ever free solo climb of El Capitan’s 3,000-foot vertical rock face at Yosemite National Park (not one for the faint of heart).

Lina Stores at Browns East: until January 7, 2019Christmas shopping can be overwhelming, but at Browns East a respite from the chaos is on hand courtesy of Lina Stores’ pop-up. Enjoy exquisite panettone and coffee from the delicatessen’s small-but-mighty corner in the East London store, as well as hot chocolate, traditional Italian treats and store-cupboard delights (which also make for excellent Christmas presents).
Pompette, Oxford: open nowFrom one of the minds behind London favourite Terroirs comes Pompette, a new restaurant opening in the heart of Summertown, Oxford. Charcuterie, cheese and cured meats are available on Pompette’s bar menu – the name Pompette, incidentally, comes from the French word for ‘tipsy’ – while the restaurant, the exposed-brick walls of which are hung with playful French prints, paintings and illustrations, celebrates French cooking with the likes of turbot with beurre blanc and brown shrimps.
Chinese Jewish Christmas Feast at The Good Egg, Stoke Newington: December 21 and 22, 2018The longstanding Jewish-American tradition of eating Chinese food on Christmas day is being celebrated in London by Stoke Newington haunt The Good Egg this month. The four-course menu will feature Jewish favourites – think matzo ball soup and gefilte rolls – with twists of Chinese flavours and cooking styles, kicked off with a sichuan-pepper spiced cocktail to start. A festive feast like no other.
LINO: open nowHoused in a converted linoleum and carpet warehouse in the City, LINO’s old-school brown tiled exterior belies a fresh new take on all-day dining. Sustainability takes centre stage here, from the salvaged light fittings to the kitchen team pickling, curing and fermenting on site as part of a seasonal, low-waste menu. Classic cocktails on offer include a Singapore Sling and a Snowball, while dinner options range from oxtail and potato hot-pot to whole grilled lemon sole to share.

Whether you’re feeling shamelessly festive or stubbornly Scrooge-like, there’s something for everyone when it comes to December’s new productions. Theatre highlights include Mark Ravenhill’s new play The Cane at the Royal Court, a potent exploration of power and control centred on a veteran teacher whose home comes under siege by a group of angry students shortly before his retirement. Don’t miss Lynn Nottage’s Pulitzer Prize-winning play Sweat at the Donmar, the product of two years the playwright spent in Reading, Pennsylvania: officially one of the poorest cities in the USA, getting to know its inhabitants and understanding the racial tension and industrial collapse that plagues them. Meanwhile, a new production of Sam Shepard’s searing play True West opens at the Vaudeville Theatre, starring Kit Harington and Johnny Flynn as two estranged brothers who meet for the first time in five years in what proves an explosive reunion.
For a true dose of Christmas cheer, meanwhile, take your pick from Matthew Warchus’ charming take on Charles Dickens’ immortal classic A Christmas Carol, which has just returned to The Old Vic; Matthew Bourne’s masterful, modern take on Swan Lake promises to thrill at Sadler’s Wells, while opera fans must be sure to catch Antony McDonald's delightfully picturesque version of Humperdinck’s Hansel and Gretel at the Royal Opera House.
Posted by Cabecilha at 8:24:00 PM No comments: 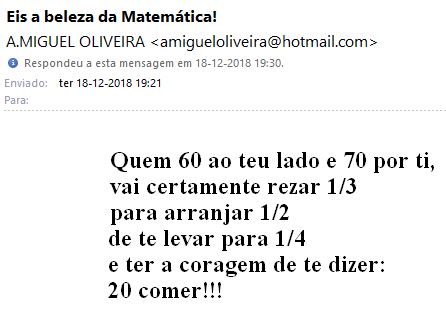 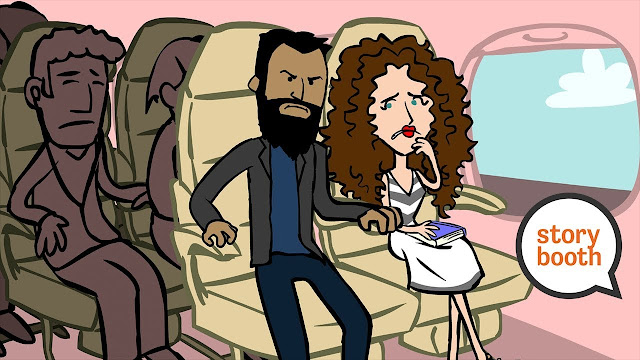 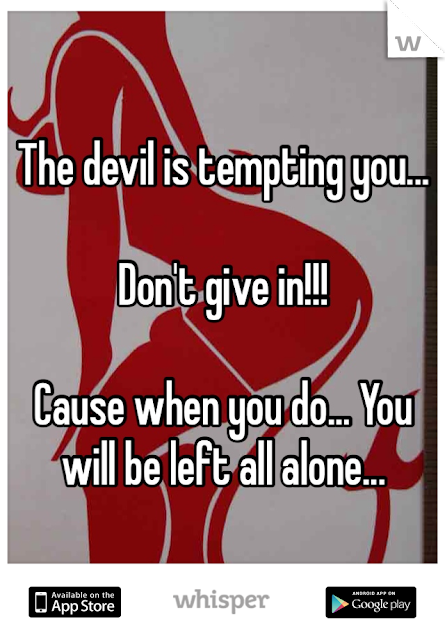 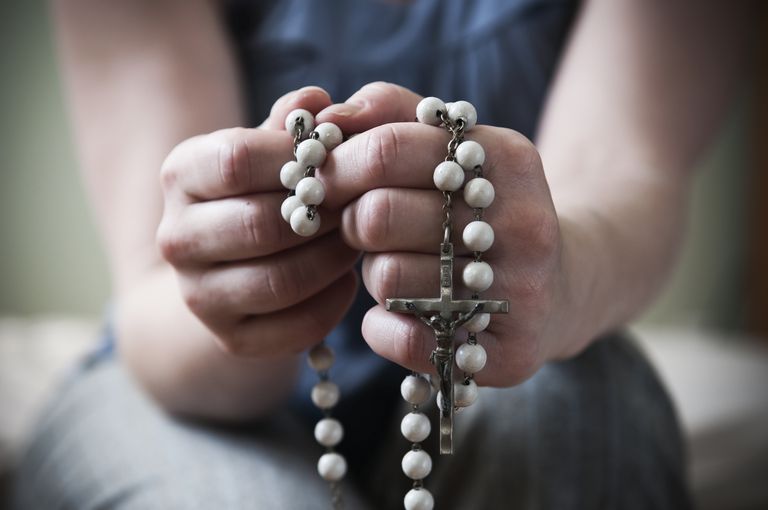 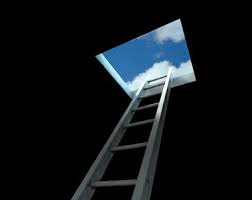 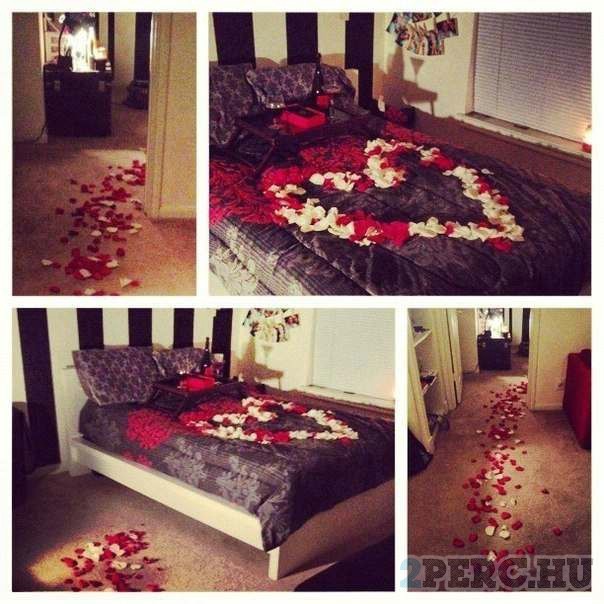 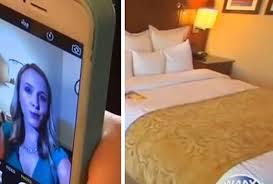 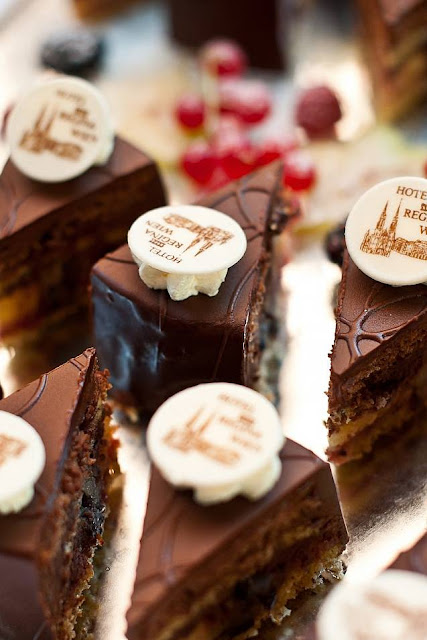 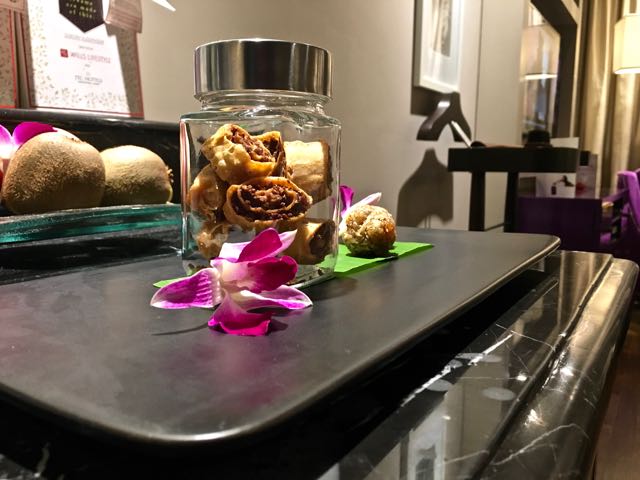 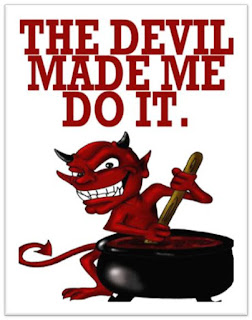 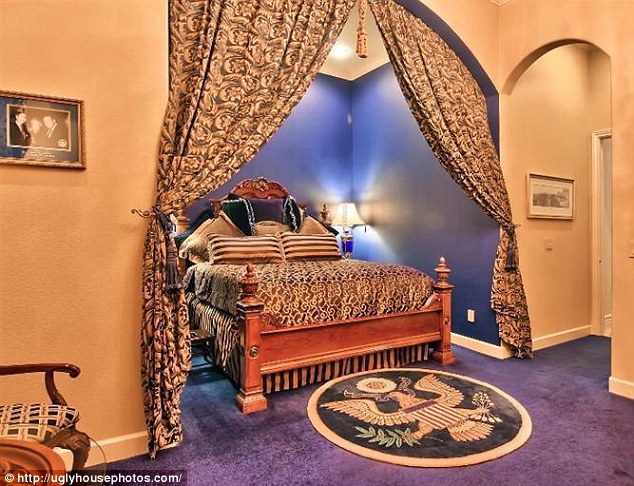 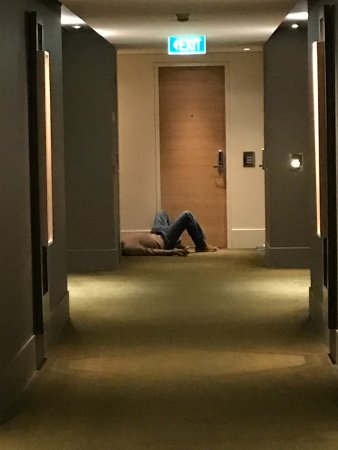 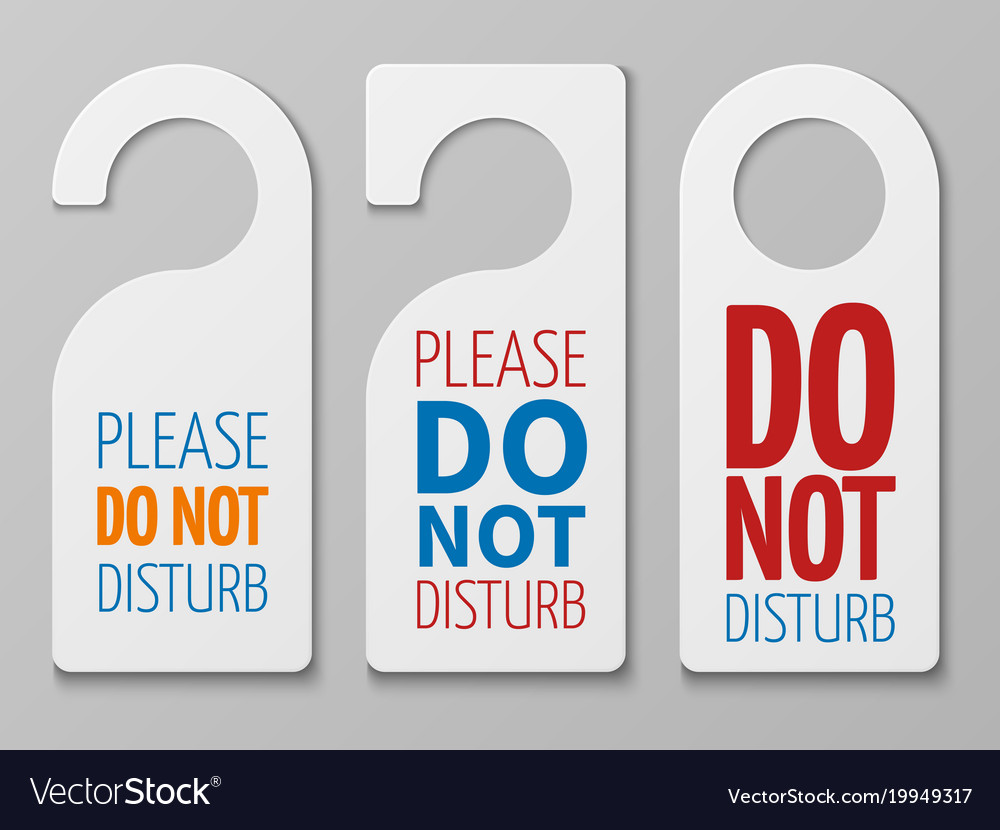 Welcome to the Smarter Living newsletter! Sign up here to get tips and advice for living a better, more fulfilling life delivered to your inbox.
Welcome to winter, my favorite time of year to run! No sweating through my running top, no sun trying to burn my scalp — well, at least here in New Jersey.
Winter running is not without its challenges though. In collaboration with Wirecutter, a New York Times company that reviews and recommends products, here are five cheap(ish) things that’ll keep you warm when running in frightful temperatures.
Hand warmers
Sometime it’s just too cold for gloves to keep your fingertips warm, which is where hand warmers come in. I used a pair of disposable Hot Hands (which you can get at just about any drug and hardware store) for all but two miles of the Philadelphia Marathon this year.
ADVERTISEMENT
For reusable warmers, Wirecutter recommends the Human Creations EnergyFlux Ellipes 5200mAh, which can last up to six hours with one charge.
Lip balm
As much as I like crisp, cold winter air, my lips do not. That’s why I apply lip balm before and after I go out the door — and on super cold days, around my nostrils. Like Wirecutter, I like Aquaphor, but Vaseline works in a pinch too.
This is your last free article.
Subscribe to The Times
Reflective vest
If you’re getting miles before or after work in the long darkness of winter, you’ll need to alert cars to your presence. The Amphipod Xinglet Vest is a reflector vest that lights you up in a way that’s not too bulky, and designed to fit you so it doesn’t muck up your running motion. Be bright. We want you to stick around, you hear?
Ear warmers
Like the tip of my nose, the tips of my ears do not like the winter all that much. Wool is all the rage in running gear right now, but I’m allergic, so I wear a Buff ear warmer with a microfleece lining, which can double as a neck warmer too.
If you don’t have a wool allergy, Wirecutter recommends the SmartwoolPhD HyFi Training Headband. And for super cold and windy days when just covering my ears is not enough? It’s balaclava time. 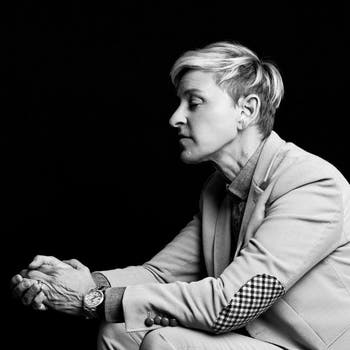 Ellen DeGeneres Is Not as Nice as You Think 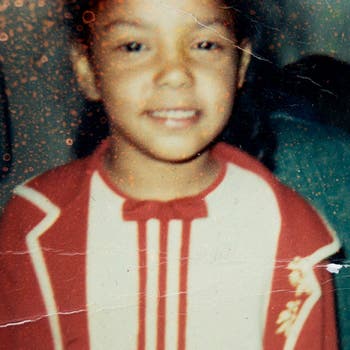 The Adopted Black Baby, and the White One Who Replaced Her 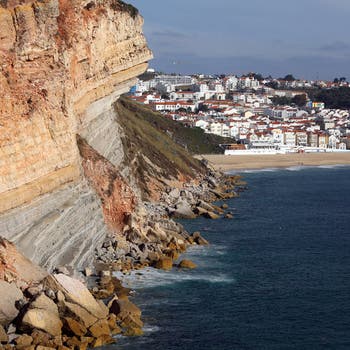 This Town Once Feared the 10-Story Waves. Then the Extreme Surfers Showed Up.

ADVERTISEMENT
Mittens
They’re not just for kids! They’re for giving your fingertips an extra layer of protection. I’m digging the Brooks Threshold gloves, which has a wee little pocket on the back of the glove that holds a flap to turn the gloves into mittens.
But for super cold days, when sweat freezes on my eyelashes, I go all in: REI Co-op Tahoma mittens, which lean more toward ski mittens. I may look goofy, but my fingers stay nice and warm.

How to Save for College Where should you begin? Right here.
Why You Start Things You’ll Never Finish One solution: Start fewer things.
5 Cheap(ish) Things to Pamper Yourself With You deserve it.
How to Finally Write Your Nonfiction Book No, it will not be easy. Yes, it will be rewarding. (Eventually.)
Great Gifts for Kids (and What Makes Them Great) Wirecutter’s kid-tested, parent-and-teacher-approved gift ideas for toddlers, preschoolers, and elementary schoolers.
Your Liver Doesn’t Know It’s the Holidays Psssssst.

Tip of the Week

This week I’ve invited writer Kate Oczypok to share some tech that will make the holidays a little easier.
There’s nothing I love more than the holiday season. My obsession with the time between Halloween and Christmas is so great that I am one of those people — I love to get my shopping done in September so I can sit back and truly enjoy the season.

A weekly roundup of the best advice from The Times on living a better, smarter, more fulfilling life.
ADVERTISEMENT
But I know the holidays can become a source of stress and chaos in many people’s lives. Anything to make life simpler this time of year is welcomed in my world (and I’m sure many others!).
Here are five easy ways to simplify things this holiday season.
Delivery services
Order a Christmas tree from Amazon.
If you want to leave the trip to a Christmas tree farm to your neighborhood Clark Griswold, a family-owned, Wisconsin-based business is offering tree delivery. ChristmasTreesNow.com is offering Fraser and Douglas firs as well as fresh holiday wreaths.
Capturing memories
Skip the professional photographer and do your own holiday card and capture your holiday memories with a solid digital camera. Wirecutter, a New York Times company that reviews and recommends products, chose the Canon EOS 80D as its favorite Canon DSLR. As an owner of a Canon DSLR myself, I’m already setting aside money to upgrade to the 80D.
Robot vacuum
Who really has time to clean over the holidays? Leave the messes to your new robot best friend, the Eufy RoboVac 11S, Wirecutter’s favorite robot vacuum. It cleans beautifully, and it’s amusing to watch your pet stare quizzically at it as it darts around the floor.
Fitness tracker
The holidays are an easy time to overindulge and end up feeling downright gross by January. If keeping your nutrition on track is on your mind this season, Wirecutter recommends the Garmin Vívosport as the best fitness tracker.
Its display is always visible making the tracker hard to forget about. The automatic exercise detection is a great plus too — perfect for those impromptu post-dinner walks or holiday snowball fights with the family.

How to Write a Family Newsletter Your Friends Will Actually Read

How to Clean Up Your Holiday Messes

How to Rescue, Repair and Revive Old Family Photos

Love ‘Mary Poppins Returns’? You’ll Love These Books, Too — No Matter How Old You Are

This Town Once Feared the 10-Story Waves. Then the Extreme Surfers Showed Up.

The Adopted Black Baby, and the White One Who Replaced Her