every one copies VANTAG... (about matte painting for cars) 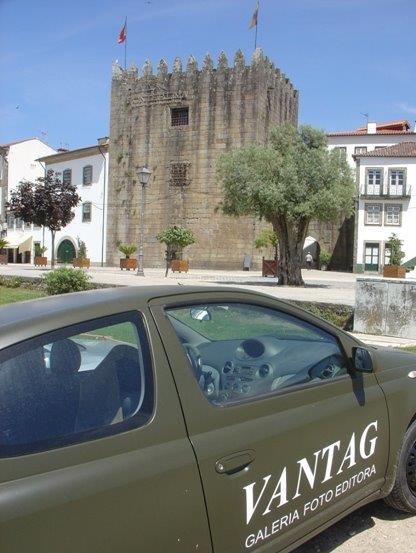 For most people, nothing is quite like buying a brand-new, shiny vehicle. Unless, that is, it’s a brand-new dull one.
A dull, flat matte finish for cars is increasingly coming into vogue, shaking up the expectation for how a new car should look. What started as a fad among celebrities has trickled down to the well-heeled public, with people ready and willing to pay as much as thousands more for a car that, to an untrained eye, may appear as if it needs waxing.
“Interest in a matte finish is exploding,” said Andrew Donovan, the director of operations for Dr. Beasley’s, a Chicago vehicle detailing shop and exclusive supplier of matte care products to several vehicle manufacturers.
“We used to see matte finish cars in our shop only once in a while,” he said. “Now we have services dedicated only to those vehicles.”
For fans of the matte look, the finish symbolizes exclusivity, exuding a cool factor that sets the vehicle apart from its mass-produced cousins.
“A matte finish gives a car a sporty, technical character that expresses its design language,” said Rossella Guasco, the lead color and materials designer for Fiat Chrysler, based in Turin, Italy. The company began offering matte finishes 13 years ago, first on its high-end Lancia and Alfa-Romeo models not sold in America.
And until recently, matte finishes, especially popular in dark colors, have been available in the United States only on the most expensive sports vehicles, such as those manufactured by Audi, BMW and Mercedes-Benz.
At the recent Los Angeles car show, for example, the Mercedes AMG GT3 and E63S were exhibited in a matte finish. And while Volvo does not offer the finish on factory models, it displayed its top-of-the-line V90 S.U.V. in matte gray at the show.
But now the look has moved to less expensive cars, like Hyundai’s Veloster, for which blue and gray matte finishes account for up to 5 percent of sales, according to Derek Joyce, a company spokesman.
“It’s done for aesthetics,” Mr. Joyce said. “It gives the car a unique look and puts it on the sportier side of things.”
Outside the United States, buyers of Fiat’s sports versions of its diminutive 500 and 500L, and Fiat Chrysler’s Jeep Renegade, can also buy the cars with a matte finish. Concerned that American buyers may not be as aware of the maintenance requirements, the company does not offer the matte finish here, it says.
The matte look does not come cheap, not in purchase price, nor in the time required to maintain the finish.

Hyundai charges Veloster buyers an additional $800 for a matte finish. Those who can afford Audi’s RS7 or S8 sports sedans will pay an additional $6,000 for a standard matte color, or $6,800 for a custom hue.


Journalism that matters.
More essential than ever.
The additional cost, according to Rebecca Kiehne, a spokeswoman for BMW, is partly because cars getting that finish must be pulled off the standard production line. But for the most part, matte paint jobs are applied in the same way as standard glossy ones: first the vehicle gets a primer coat, then the pigment layer and finally a clear coat.
In the case of a matte finish, that clear coat contains many microscopic hills and valleys rather than a smooth waxlike surface, deflecting light in many directions and making the finish look dull. Without the hills and valleys, the finish would begin to look shiny.
Keeping those hills and valleys intact is the maintenance challenge. Buffing out a scratch, taking the vehicle through an automatic carwash with hard rotating brushes, or waxing the car alters the look. Soon, the vehicle can lose its matte finish and begin to look like a teenager’s blotchy face.
Keeping the finish pristine requires hand washing with special soaps and cleaning cloths.
On the plus side, a matte finish does not show swirl marks as a standard polished car would, because the paint is not buffed to a shine.
With proper care, “a matte finish is as durable as a glossy one,” Mr. Donovan said.
Neither the cost nor the upkeep fazed Eduardo Sandoval, who recently ordered a new BMW M4 in a matte black paint the company calls “frozen,” for an additional $4,550.
Mr. Sandoval, a civil engineer in Miami, chose the color because it is rare, and because of the attention he gets from car enthusiasts. The only negative, he said, was when his previous matte finish car, a 2013 BMW M3, got a small scratch. “I couldn’t remove it,” he said.
Matte paint is not the only way to achieve the flat look. An alternative is to use a less expensive vinyl wrap.
For about $3,500, WannabeRacer.com, a company in Anaheim Hills, Calif., will wrap a vehicle in vinyl film, a process that takes about 24 hours. Clear vinyl is used if the owner wishes to keep the existing color but turn it into a matte finish.
Using a vinyl wrap “is like putting a big sticker on the car,” said Don Nguyen, the owner of WannabeRacer.com. The material typically lasts for six years without peeling, Mr. Nguyen said. And unlike matte paint, the car can still be put through an automatic carwash without hurting the look.
“Originally we just saw men in their 20s bringing their cars in for a vinyl wrap,” he said. “Now it’s men and women, from 20 to 60 years old.”
Mr. Sandoval, the owner of the BMW M4, has yet to enjoy his new matte-finished vehicle. Because the car had to be special ordered, he will not receive it until February. But that is not a concern, he said.
“The $5,000 extra cost for the matte finish is worth it,” he said. “At least for me.”


Get Aeon straight to your inbox

James Livingston
is professor of history at Rutgers University in New York. He is the author of many books, the latest being No More Work: Why Full Employment is a Bad Idea (2016). He lives in New York.
FOLLOWJAMES
3,000 words
Edited by Sam Haselby