Why We Need to Tell Different Stories About Entrepreneurs 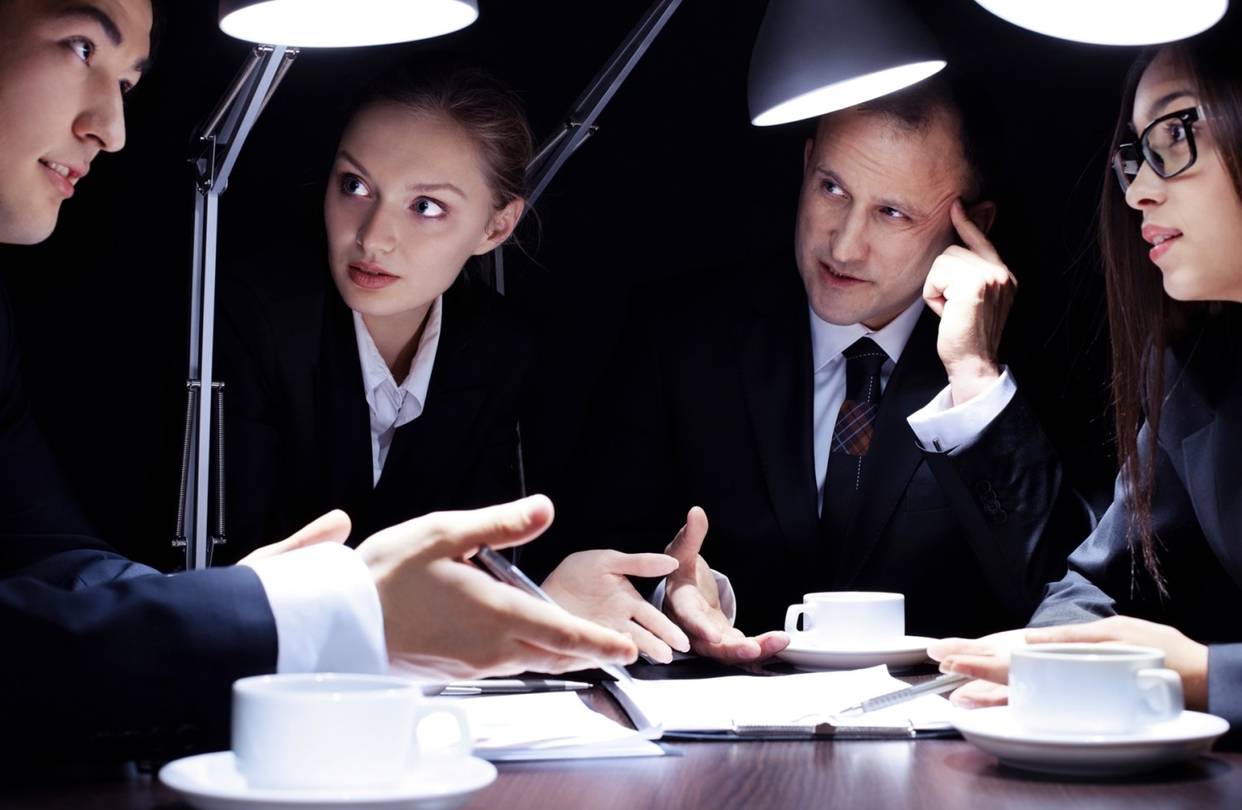 ENLARGE
It’s crucial not to be seduced by tales that don’t fit most founders’ real lives. PHOTO: ISTOCKPHOTO/GETTY IMAGES
By
MORRA AARONS-MELE
Updated Nov. 21, 2016 8:09 a.m. ET
3 COMMENTS
Storytelling has always been a big part of American entrepreneurship. And it has been a powerfully positive one: the idea of the lone striver relentlessly pursuing his or her dream.
But these days, the prevailing story we’re telling—in our companies, our media, our culture and to each other—does more harm than good.
Over the past five years, I’ve heard this story more times than I can count. I hear it at conferences, Chamber of Commerce sessions, media forums, and teaching and talking at universities. The tale is a breathless view of creating and running a business: Tireless, ambitious (mostly young) people who throw everything into a startup, spending sleepless nights at the office and filling their days with pitches and travel, until they finally arrive at fame and fortune.
Spread and amplified by social media, these narratives become inescapable—and are taken as the singular way to find wealth and happiness as an entrepreneur.
MORE IN SMALL BUSINESS

The trouble is, it isn’t true. These tales present an extreme, unrealistic view of business that amounts to entrepreneurship porn.
What’s wrong with aiming high? What’s wrong with offering myths for everybody to aspire to? Very simply, the stories set people’s expectations unreasonably high, so they feel like failures even if they never wanted their business to grow huge to begin with. What’s more, people feel they must subordinate real life to work life, spending day and night on the job and ignoring their family so they can keep up with their peers. And they feel embarrassed if they’re not becoming the Next Big Thing.
Those stories ignore the reality of entrepreneurship: The overwhelming majority of founders are never going to be Mark Zuckerberg or Steve Jobs. And that’s fine—people can be happy running a modest business that lets them lead fulfilling lives and do good for their community.
We’re selling a dream with real and damaging effects on our institutions and on people’s lives. It’s time for smart people to stop mortgaging their futures in pursuit of fantasies of super-success. I know it seems odd to say that stories of success can do harm, that an obsession with what seems to be the entrepreneurial dream could possibly be a negative thing. But it is, and in all sorts of ways.

Fear of missing out 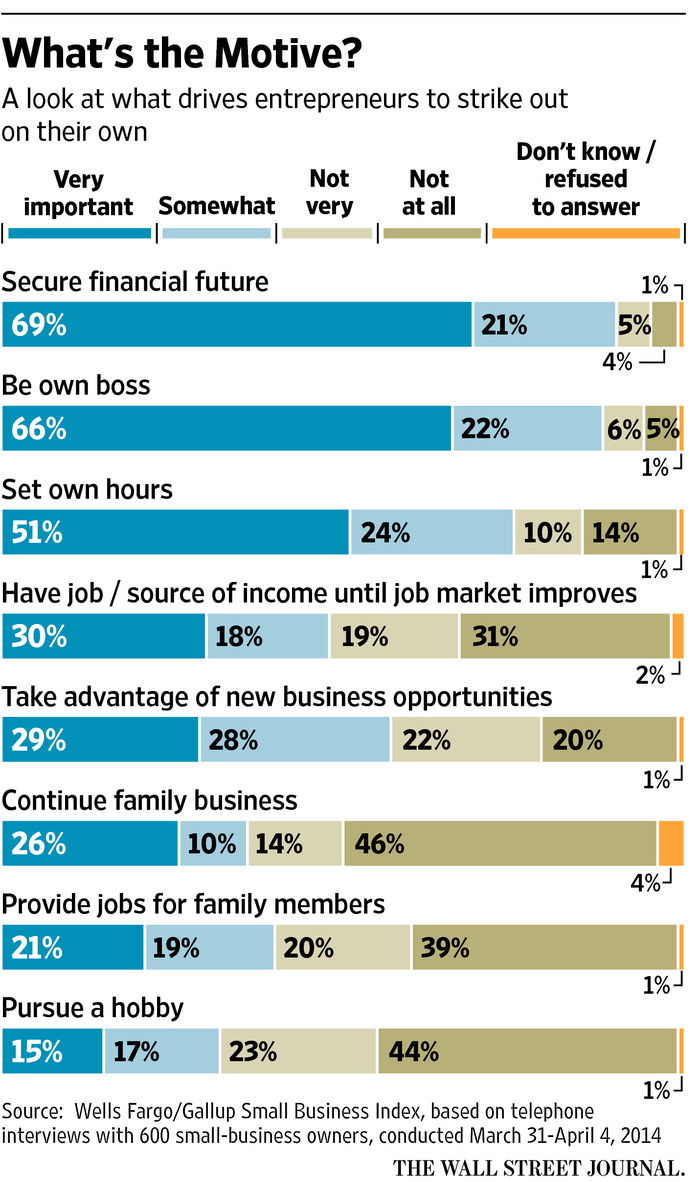 ENLARGE
Small-business owners who don’t grow beyond their community, or don’t devote their time to promoting themselves online, will not get accolades. You won’t be featured in magazines nor invited to give keynote speeches for enjoying your life and getting plenty of sleep. Even worse, everyone in your life, from your accountant to your graphic designer to maybe even your spouse, may question your strategy. You might find yourself questioning your strategy, too.
The answer—as hard as it is—is not to be taken in by FOMO. It’s more often than not a dead end. If you feel you’ve succumbed to FOMO, see it as a signal to take stock of your vision and your business. Plenty of colleagues have founded successful businesses while working reasonable hours, nurturing personal and professional relationships and making time for what matters. But their stories are told much less often—and they internalize the message that their stories don’t deserve to be told, that their achievements don’t deserve to be celebrated.
A small, profitable business that provides good jobs is something to be proud of. We can’t forget that.

Entrepreneurship porn demands that people consistently prioritize their startups over their family. That means many who leave corporate work and start businesses in hopes of achieving better work/life balance feel like they are lesser than the all-star, always-on entrepreneurs.
I have met more than one older, successful entrepreneur who deeply regrets lost time with their family. I will never forget a conversation with a successful man whose teenage child had died. He was shaken by the thought of the huge amounts of time he had spent away from his loved ones.
A friend who was an early executive at one of the most successful websites in history experienced a crisis of anxiety four months into maternity leave with her first baby. She didn’t want to go back to work at full speed, because she loved being with her child. But she was plagued with anxiety that she would fast be eclipsed in the marketplace by up-and-comers, that she would become irrelevant. The fact that she didn’t want to lean in scared her to death.
Time is finite. If we only tell business biographies of entrepreneurs who sacrifice all their personal time, then valuable time for an entrepreneur can only mean one thing: working. Our role models in business cannot simply be those who focus only on work and success.

But those are are what most people run, and there’s nothing wrong with that. The businesses that make headlines are a tiny fraction of the whole—and the ones that keep the country humming. Those are the businesses we deal with every day in our communities, like grocery stores, restaurants and boutiques.
These smaller businesses also are more bonded to their hometowns than a company cloistered away in a tech corridor could ever be. One entrepreneur I spoke with started her business, an executive-recruiting firm, after years at both large corporations and startups. It was important to her to control how her firm’s dollars got spent and give back to her community. “Philanthropy is a big part of me, and I wasn’t getting that in the larger companies.”
What can we take away from all this? We can have control over how we build our businesses. We can do it on our terms. Don’t get swayed by entrepreneurship porn. And don’t let a few successful entrepreneurs be your model for success. You can be your own model for success.
Let’s tell that story.
Ms. Aarons-Mele is founder of Women Online, a digital marketing company. Email her at reports@wsj.com.

What To Read Next...