Predictions for Art in the 2020s 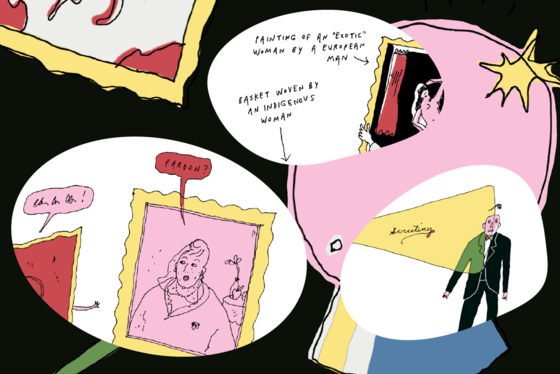 THE DECADE IN ART

Our Predictions for Art in the 2020s

Alina Cohen
dez 20, 2019 10:27am
Predictions, like science fiction tales, always say more about what’s already happened than about the future itself. H.G. Wells’s 1898 novel The War of the Worlds offered more insight into the threats of British imperialism than the potential for an alien invasion. Psychics and tarot card readers feed off the people in front of them, offering interpretations of their clients’ demeanors and reactions.
My guesses about how the art world will change over the next decade similarly reflect what I’m already hearing and seeing now, at the end of 2019. Drawing on the news and opinions that have recently pervaded galleries, museums, and my own conversations with artists and academics, I’m anticipating changes large and small that will ripple throughout the industry. These informed speculations reflect some widely held desires and fears for where the art world is headed—and prove more likely than extraterrestrial takeovers.
Illustrations by Liana Finck for Artsy. Museums can’t afford to weather scandal after scandal regarding the sources of their trustees’ incomes. Over the past few years, we’ve seen institutions including the Whitney, the Louvre, and the Museum of Modern Art contend, respectively, with complaints about how donors make their money: Warren Kanders (defense contracting), the Sackler family (opioids), and Larry Fink (investments in private prisons). Facing such a public relations emergency—and staff ire—is detrimental to both institutions and museumgoers. It seems that as time, energy, and resources are focused on crisis management, education and the audience experience suffer.
The fact that many museum employees are underpaid only exacerbates the staff’s resentment of the money at the top of the pipeline. As unions sweep the industry (the Guggenheim, New Museum, Frye Art Museum, and MOCA Los Angeles all unionized this year), donors and upper management may become increasingly concerned with the welfare of those working at the lowest institutional rungs—or they’ll lose non–trust fund talent to more equitable workplaces, mostly likely outside of the art world.
In the years to come, I believe museums will recognize that it’s in their best interest, from a strategic standpoint, to pay more attention to who sits on their boards. They’ll pivot from playing defense to implementing more thoughtful processes for accepting certain funds. Internally, museums will conduct more research into potential funders’ pasts and wealth. It’s no easy task to decide where the line should be drawn, or what constitutes clean and dirty money. But over the next decade, I predict we’ll see museums increasingly establishing new guidelines and taking steps to avoid such public outcries.

University art history departments are gradually replacing their Western art faculty with experts in other fields. As Bryn Mawr professor Steven J. Levine recently shared with me, institutions that once relied on scholars who specialized in a single (white, male) artist—

—are now staffing their departments with non-Western art historians who are versed in specific regions around the world. They’re prioritizing a broader view, with less emphasis on individual artists.
What departments will lack in depth regarding, say, 19th- and early 20th-century French art, they’ll make up for in an international perspective.
I predict this will continue far into the 2020s. Our global, tech-savvy, attention-addled, interconnected age isn’t set up for intensive study into a single artist. The age of the lone genius is over, and I don’t think it’s coming back.

The pendulum will swing back to abstraction hogged the spotlight throughout the 2010s. Artists such as

—who have been working steadily for decades—received renewed attention for their portrayals of marginalized bodies. A younger generation of painters, including

, gained prominence in gallery shows, real estate in the media, and skyrocketing auction results.
Art history is rife with examples of pendulum swings and dialectical tensions—centuries ago, stark

, which triumphed over orderly

. I predict a similar turn over the next decade. The art world will tire of the same narratives about figuration and the body, seeking more spiritual, transcendent art-viewing experiences. We’ll all be talking and thinking about

again.
Young painters will increasingly look to leaders of contemporary abstraction, including

, as they develop their own visual languages. An older generation, including

—a trio that evidences significant diversity in the field—will only exert more influence in the decade to come.

Digital artists are already embracing Instagram. Throughout the 2010s, Amalia Ulman conducted an extended performance on the platform, creating a faux storyline that involved pregnancy and lots of pigeons. Recently, filmmaker Miranda July contrived an affair and its aftermath with actress Margaret Qualley, documenting it via Instagram posts and stories. Jaden Smith got in on the fun, encouraging July to perform a ritual to make a “Hazion Circle” of pennies on a wood floor. Curator Helen Molesworth commented on the post: “💫✨🌟⚡️💥⭐️.” At its worst, Instagram offers a feedback loop of narcissism. At its best, it provides innovative artists with new ideas and formats for their work. Museums will struggle to show this kind of art, but that’ll hardly be a concern for artists who can rack up millions of followers—and buyers—on their own.

Mega-galleries will only get more mega 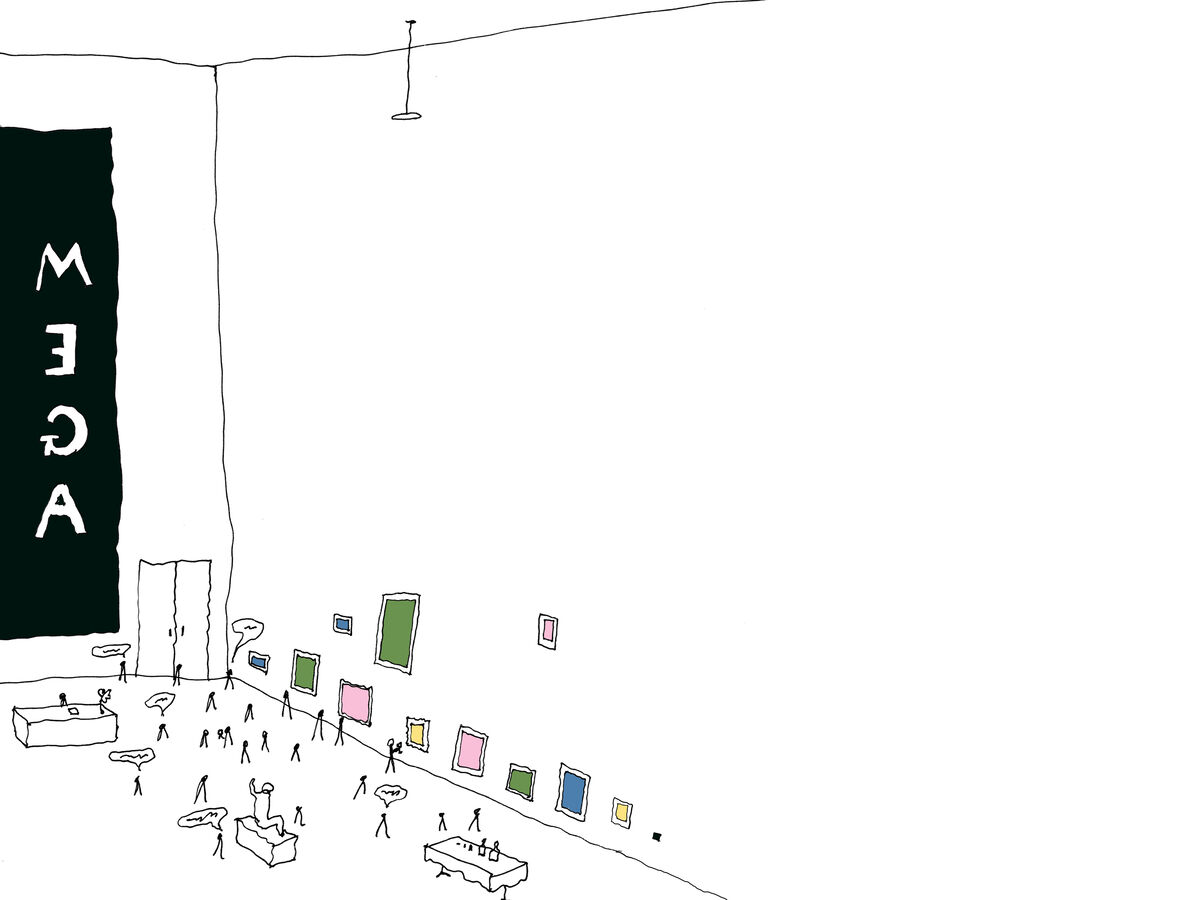 In 2019, mega-galleries solidified their roles as formidable, global corporations. This fall, Pace opened a 75,000-square-foot, eight-story flagship on West 25th Street, a building much larger than many art museums. The gallery employs an entire curatorial team, headed up by the former senior curator at Cleveland’s Museum of Contemporary Art, and it will soon launch its own editorial content under the guidance under Amelia Redgrift, formerly of Hauser & Wirth.
Hauser & Wirth now operates out of eight cities worldwide—which will soon become nine, once plans for an arts center in Menorca come to fruition. This year, the gallery launched Ursula, a publication under the direction of former New York Times writer Randy Kennedy. And ahead of Art Basel in Basel, the gallery’s publishing arm opened its own headquarters in Zurich. The gallery also announced its nonprofit scholarship initiative, the Hauser & Wirth Institute, in late 2018.
Meanwhile, Gagosian opened a location in Basel over the summer, expanding its portfolio to 17 exhibition spaces in 10 cities.
David Zwirner, whose galleries grace a relatively meager four cities, nevertheless has asserted its own dominance as a media organization, having launched a partnership with big-five publisher Simon & Schuster this year and a podcast in 2018. The gallery also expanded to Paris in October, and will open a

–designed gallery in Chelsea in 2021.
This apparent arms race—to dominate through media, brick-and-mortar locales, and scholarship—shows no signs of stopping. Throughout the 2020s, I believe we’ll see these four galleries invest even more in their physical spaces, set up shop in new cities, and continue to blur the lines between commercial businesses and art institutions with higher aims. They’ll mount more “museum-quality” shows and offer lectures similar to what a nonprofit might offer. By the end of the next decade, the average art viewer may have trouble telling the difference between a mega-gallery and a museum.

Galleries will enhance their online presence

It’s expensive and exhausting for galleries to travel the world and ship their wares overseas. Over the next decade, they’ll focus on fewer fairs and enhance their online presence—predominantly with viewing rooms, or portals off the gallery website where potential buyers can see works situated in living spaces. Mid-size and smaller galleries, in particular, will embrace this selling strategy, finding it a more affordable alternative to purchasing art fair booths. (Full disclosure: As a staff writer for Artsy Editorial, I work alongside an online marketplace that offers such services to galleries.)
In March, the art world received its most significant evidence yet of just how effective this strategy can be. Gagosian launched an online viewing room solely dedicated to an untitled 1988

painting with an asking price of $6 million. According to gallery director Sam Orlofsky, the work sold within three hours of launching the site.
In the future, I believe that sale will look like more than a one-time stunt. It will be seen as a moment that encouraged galleries of all sizes to invest in their online capabilities, as well as one that spurred collectors to think more seriously about buying art on the internet.

Museums will “remix” their collections When MoMA reopened in October with an additional 38,000 square feet of gallery space, the way curators had “remixed” the collection on view received near-universal acclaim. In a much-discussed coup, the curators paired

breakthrough, Les Demoiselles d’Avignon (1907). Viewers could connect his fractured picture plane with her angular image of a shattered society.
Privileging ideas about artistic communities over notions of solitary artistic genius, MoMA also curated a room featuring photographs, sculptures, and paintings made in Paris throughout the 1920s. A voluptuous landscape by Brazilian painter

now hangs across from a

costume sketch and a sculpture by

made of bronze, wood, limestone, and marble. With these types of arrangements, MoMA took major steps to undermine the hierarchies that have long pervaded art history. The old reverence for painting as the pinnacle of aesthetic expression will only continue to decline over the next decade.
I predict that museums around the world will follow MoMA’s lead and recognize that traditional art-historical schemas are more restrictive than enlightening. The best of these reshufflings will be brilliant. Some may miss the mark, embracing chaos over curation.
Of course, a successful remix requires interesting, diverse permanent holdings to begin with. The Baltimore Museum of Art (BMA) is already making efforts in this direction, pledging next year to only acquire artwork made by women. I believe institutions will be increasingly open to taking similar gambles. More and more, as the BMA and other museums have already done, they’ll deaccession works by white male artists, and use those funds to purchase art by women, minorities, and other historically underrepresented groups.

Data-gathering methodologies will only become more popular and accessible throughout the art industry. As mega-galleries sprout into institutional behemoths, who’s to say that they won’t eventually start employing their own data teams to assess artists’ markets or the viability of a certain international art scene where they may want to put down roots?
I believe museums will increasingly use data to analyze their target audiences and tailor their marketing efforts to attract new visitors and retain members.
As artists brush up against all this data, we can depend on them to comment on it through their artwork.

, long used to analyze and undermine power structures in the art world, will become an increasingly attractive means for artists to examine the digital structures that guide contemporary culture.

The immersive art immersion will continue 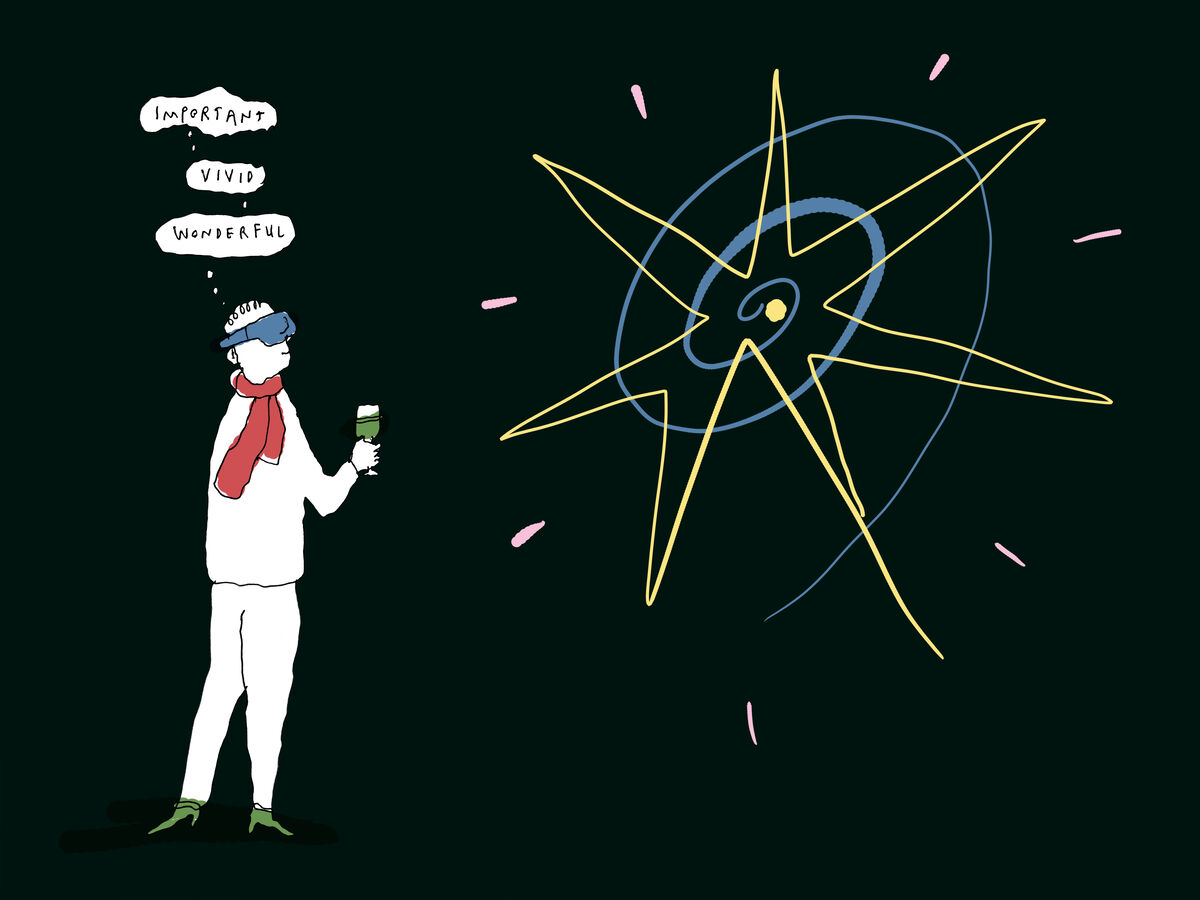 Throughout the 2010s, the art world got

-fied as art viewers fell in love with the artist’s immersive “Infinity Mirror Rooms”—and posted to Instagram to prove it. The public’s adulation for social media–worthy viewing experiences has contributed to the popularity of Japanese art collective

, which plans to expand into Macau and Shanghai within the next year. The collective’s Tokyo space became the world’s most visited single-artist museum in 2018, welcoming 2.3 million visitors.
The masses’ hunger for novel, enchanting art-viewing experiences will also encourage a rethinking of virtual reality. Over the next decade, virtual reality might just catch on, particularly if it becomes cheaper to work in and experience the medium. Once someone figures out how to ’gram a virtual reality experience, the medium could finally take off.
Art education will continue to embrace new media. As a young generation of artists who grew up with Instagram and experiential art comes of age, art schools will cater to their desires to push digital and immersive art further.

Alina Cohen is a Staff Writer at Artsy.
Posted by Cabecilha at 7:22:00 PM No comments: