Poolhouse Nestled Into the Earth

I Forgot to Budget for Art. Now What? 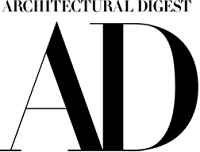 I blew through most of my design budget—but totally forgot to think about art. Now what?

Dear Artless,
Two words you may have heard before: Prints, please!
“Prints are an excellent option if your art budget is tight,” says Rebecca Wilson, chief curator & VP, Art Advisory, at Saatchi Art. The key is giving the sense that they’ve been collected over time, even if that’s not the case. To do that, Wilson suggests pulling together a wide-ranging selection in different frames. “You can also combine new works with existing pieces, such as children’s drawings and family photos,” she says. “It will all come together to create an eclectic, cost-efficient mix, giving personality to the overall design.”
Another option: Shop small. “I’ll often commission something from a local emerging artist, or even shop Etsy,” says Andrew Torrey, principal of Manhattan interior design firm B.A. Torrey. “The important thing for me is that it doesn't look cheap or like decorative filler. If, in fact, it is decorative filler, only myself and the client can know it!”
As Torrey points out, an obscure signed oil painting picked up for $25 and framed beautifully could be a family heirloom—who’s to say? "So long as there is a bit of mystery and age to a piece,” he says, “going that route can work beautifully!”
At Saatchi Art, Wilson and her team routinely inform designers about great up-and-coming artists, offering a complimentary advisory service through which they can recommend original works by younger artists at what she calls “extremely reasonable prices [starting at $300]. Plus there’s the bonus that if you buy a work by a young artist or recent MFA graduate, their work might go up in value.”
The next time around, of course, Wilson says a good rule of thumb is to set aside about 10 to 15 percent of your overall project budget for art. This will amount to three or four original works in key areas, supplemented by framed prints.
Beyond that, a low-art room needn’t be, well, artless. Torrey has worked with clients who simply weren’t art people. In those cases, he might incorporate mirrors and screens, or rely on wall coverings and bookshelves. Wilson concurs: “Wall coverings can be really accessible if you want to make a big statement on a small budget,” she says, “especially in a bathroom, entryway, or child’s bedroom. You can fill a whole wall with one stunning image and you won’t need any other art in the room.”
—AD PRO 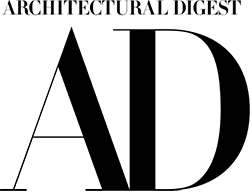 These days, there are so many apps and online streaming services to help you get in shape outside of a fitness center. People are buying sleek exercise bikes for their apartments. There are magical mirrors for a nearly invisible home gym. So, while it's easier to find the most accessible option for your lifestyle, let's face it, most workout gear is still usually an eyesore. It's not often that you think of a set of free weights or a treadmill as a beautiful piece of equipment you want on display in your home.
Considering most home gyms are set up in a garage or spare room, it's clear that these spaces and their furnishings are not meant to be on view. However, there's a way to make your personal fitness area look like a gallery display. Thankfully, a slew of designers are making dumbbells and benches you don't need to store somewhere when not in use—this stuff is stylish and functional and can be left out in any room. For a gym rat who still appreciates good aesthetics, here is training equipment that's too good to hide away.