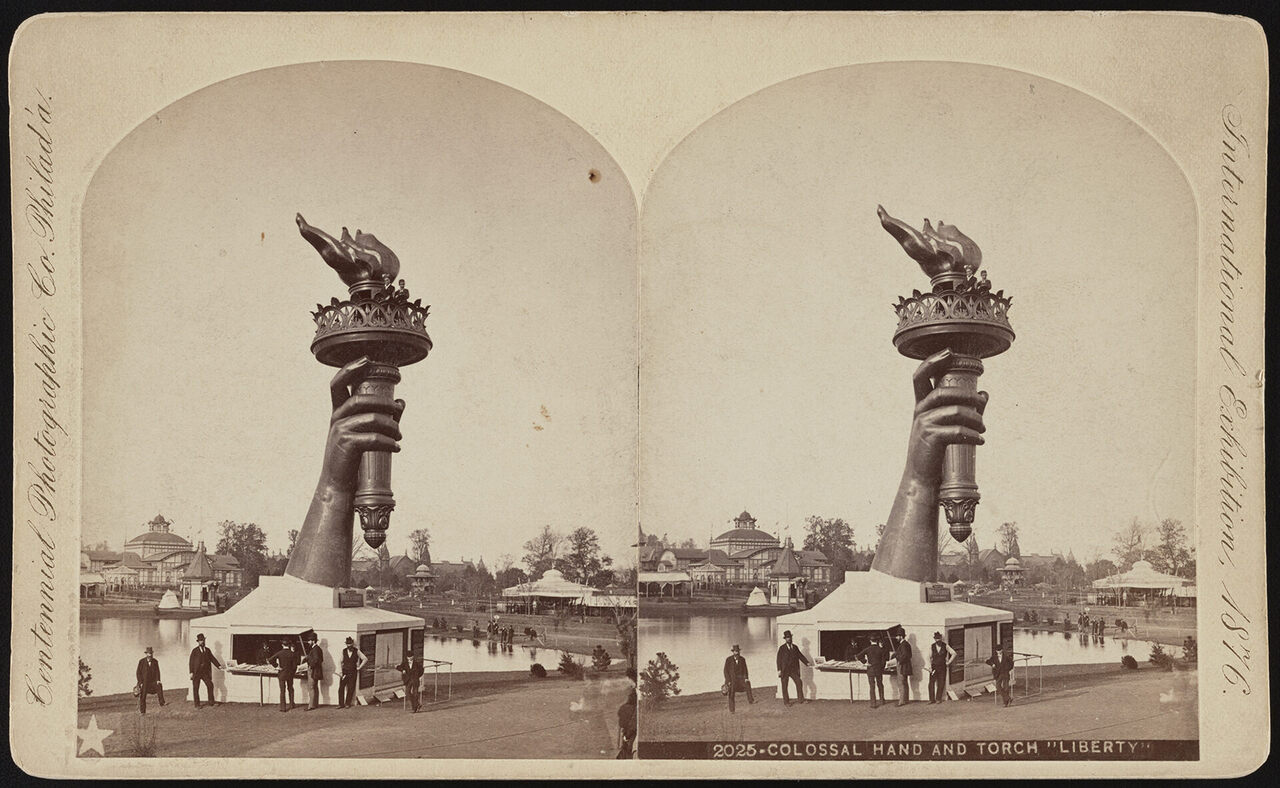 The torch and part of the arm of the Statue of Liberty, on display at the 1876 Centennial Exhibition in Philadelphia. LIBRARY OF CONGRESS
In This Story

It was unpleasantly foggy and rainy on October 28, 1886, but New York City was celebrating. That was the day the Statue of Liberty was officially unveiled with much fanfare and ceremony. In the middle of some speech, the statue’s French designer Frédéric-Auguste Bartholdi prematurely pulled the rope that released a large French flag draped in front of the statue’s face. When Lady Liberty’s copper visage was revealed, she officially became the tallest structure in the city—305 feet, 6 inches from pedestal base to torch tip. But that wasn’t the first time she had made an appearance. Before that, she had spent several years at home and abroad, and mostly in pieces.
When Bartholdi had artisans begin constructing the sculpture in France in 1876, they started with her extended right arm and the lofty torch. He planned on that part of the statue first, deliberately, to raise attention and especially money, since at the time fundraising both in France (for the statue) and the United States (for the pedestal) was painfully slow. The arm was shown at the Centennial Exposition in Philadelphia, and adventurous visitors helped raise funds by paying to climb a ladder in the statue’s forearm to the torch balcony. “It’s amazing (and even a little unsettling) to see the Statue’s disembodied head or arm today— and certainly no one in Bartholdi’s day had seen a work of art of this size,” says Carly Swaim, vice president of History Associates Inc., who worked on the recently opened Statue of Liberty Museum. The fire-bearing arm was then relocated to Madison Square Park in Manhattan, one of the most fashionable spots in the city, where it served, for blocks around, as an advertisement for the grandeur to come. Her arm stayed there for six years.
Lady Liberty’s head and shoulders were completed next, and they also had an independent, promotional life. While the right arm was in residence in Midtown Manhattan, her bust went on display at the Paris International Exposition in 1878. Once again visitors bought tickets to explore inside the statue—and they could also purchase entry to observe the bustle of activity at the construction workshops. “Bartholdi was immensely proud of his design,” says Swaim. “He hired professional photographers to document his team’s artistic and engineering prowess, but also to raise awareness and money for its construction … he hoped that these ‘action shots,’ along with many other fundraising efforts, would help the cause.”
Between 1881 and 1884, the entire statue—after the right arm was sent back across the Atlantic—was eventually assembled in a public park in Paris, to test the structure that would hold her up and together (engineered by Gustav Eiffel; you may have heard of him). The French people lovingly referred to her as the “Lady of the Park.”
Her structural integrity established, she was dismantled into about 350 copper and iron pieces (ranging from 150 pounds to four tons) that were then packed in more than 200 wooden crates and loaded onto the French warship Isère. She made the crossing in 1885, and then had to wait, still in pieces, while her new home completed the pedestal on the to-be-renamed Bedloe’s Island in New York Harbor. It took another year, but once it was done, construction crews worked quickly to assemble the enduring symbol of American values. It makes some degree of sense—after all, most of them were immigrants.

In 50 Years, Frankincense Could Be Snuffed Out

The ancient resin, used for everything from aromatherapy to Catholic ceremonies, is being overtapped.
ISLANDSSTATUESHISTORY 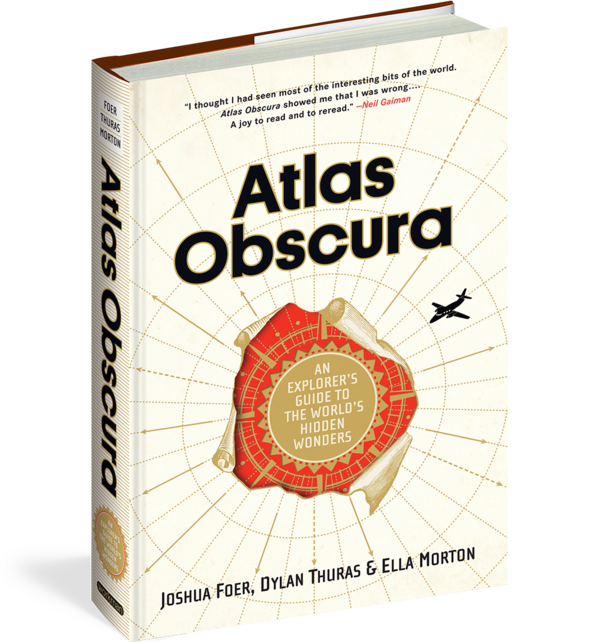 Keep Exploring
Posted by Cabecilha at 6:22:00 PM No comments: 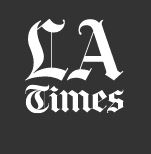 The Hollyhock House designed by Frank Lloyd Wright, a building that was almost demolished in the 1940s, earned Los Angeles its first UNESCO World Heritage Sitedesignation Sunday.
Built between 1918 and 1921 on a hill in East Hollywood, the house joins Wright’s more famous creations — the spiral-shaped Solomon R. Guggenheim Museum in New York City, Fallingwater in Pennsylvania, and Taliesin West in Scottsdale, Ariz. — that collectively recognize the genius of Wright’s architecture as a cultural global treasure.
Eight of Wright’s buildings nationwide represent the first U.S. modern architecture designations on the World Heritage list.
Why Frank Lloyd Wright’s Los Angeles houses deserve a closer look »
Also included in the eight designated buildings are the Unity Temple in Oak Park, Ill.; the Frederick C. Robie House in Chicago; Taliesin in Spring Green, Wis.; and the Herbert and Katherine Jacobs House in Madison, Wis.
“It’s a phenomenal moment for L.A.,” said Danielle Brazell, head of cultural affairs for the city of Los Angeles. “We now have a World Heritage Site in the middle of our city. It’s the highest recognition by an international body to acknowledge that Hollyhock House has universal value. There is no greater honor for a cultural site in the world.”
There are 1,121 World Heritage Sites around the world, of which 869 are awarded cultural status.
The Hollyhock House is named for stylized motifs of the flower of the same name that dominate the concrete house’s exterior. It was said to be the favorite flower of Aline Barnsdall, an oil heiress who engaged Wright to build her a hilltop community on what is now Barnsdall Art Park.
Tour Frank Lloyd Wright homes in California that rarely open to the public »
The house marked a change for Wright from his Prairie-style creations. Former L.A. Times architecture critic Christopher Hawthorne, now L.A.’s chief design officer, wrote in 2017 that the Hollyhock House was one of five Wright houses in L.A. that are underappreciated and largely misunderstood.
And he described the architect’s change in style.
“It features a number of nods to Mayan architecture, including a horizontal band of carved ornament under the roofline. With its walled interior court, the house also owes a clear debt to Spanish Revival architecture.”
The Barnsdall project proved problematic for Wright. With cost overruns and incomplete buildings, the oil heiress fired the famed architect. Another architect who would create his own L.A. legacy, Rudolf Schindler, was working under Wright as project manager for the Hollyhock House. He was hired to finish the home. Wright’s son, Lloyd Wright, also worked on the house.
Barnsdall never lived in the Hollyhock House and donated it to the city of Los Angeles in 1927.
In the 1940s, the house had deteriorated, was boarded up and was almost demolished. Instead, the city embarked on a series of major renovations that would last decades. It opened to the public in 1976.
In 2015, the city completed a four-year, $4.3-million restoration to the grounds and the home. Visitors now tour the outside gardens (which include plantings of hollyhocks) and wear protective booties before they entire the house. (Tickets cost $7 for a self-guided tour and an additional $7 for a docent tour.)
In 2016, a group of Wright buildings were considered for UNESCO World Heritage Site status. The most recent nomination dropped the Price Tower in Bartlesville, Okla., built from 1953 to 1956, and the Marin County Civic Center in San Rafael, built from 1960 to 1969.
The UNESCO committee met and released the news Sunday in Baku, Azerbaijan.

CONTACT
As Los Angeles Times assistant Travel editor, Mary Forgione writes and edits stories for the digital and print Travel section. She loves tips and stories about running, hiking and anything to do with the outdoors.
MOST READ
LATEST TRAVEL
Posted by Cabecilha at 6:07:00 PM No comments: