The cult of Frank Zappa: The life and times of the strangest success story in music

As the most ethereal iconoclast to never take drugs, Frank Zappa remains as enigmatic nearly 30 years on from his death as he did when he blazed music’s weirdest trail. “Without deviation from the norm,” he once declared, “progress is not possible.” Albeit every Rockstar claims not to give a damn what you think, Zappa is one of about three who genuinely seemed to put that into practice. The norm for him was as alien a naked upper-lip, as he and his iconic muff-duster pushed progress into the most bizarre directions. And despite the odds, he enamoured a cult of millions along the way.

In 1971, Frank Zappa was asked by journalist Howard Smith, what he made of audiences becoming increasingly political, Zappa replied in trademark fashion, “It’s superficial, it’s as superficial as their music consciousness. It’s just another aspect of being involved in the actions of their peer group.” When pressed for more details and whether he hadn’t noticed any changes coming from the political movements that began to entwine with his music he replied, “Sure, I’ve noticed a lot of changes, but I think they’re temporary changes. Any change for the good is always subject to cancellation, upon the arrival of the next fad.”

That dialogue, in a nutshell, encapsulates large swathes of what Zappa’s persona was all about. He never seemed to be in the music business, merely playing with its participants whilst masquerading as a rock star. He was shrewd, erudite and often inscrutably ironic. In that same interview where he dismisses political movements as a ‘fad’ he’s asked whether a woman could ever be part of his band, “I don’t think there’s a girl around,” he says, “that could fit in with what we do.” Unbeknownst to the interviewer multi-instrumentalist Ruth Underwood was pretty much a fully-fledged member at that stage. His music followed a similar bluffing path of his own amusement, some got the joke, some didn’t, as is the case with a lot of the best art.

The term genre-defying is perhaps overused, in part because some people get so pernickety about categorisation that avoiding it offers a safe way to navigate the genre-classified terrain, yet there’s scarcely any artists out there more befitting of the term than Zappa. His music prides itself on non-conformity as did his character; for instance, he went on to name his son Dweezil after his wife’s toe. Similarly, his music, contrary to the instrumentation, has more in common with classical music than atypical rock ‘n’ roll. He started off as a high-school drummer with his early influences being percussion-heavy modern-classical, before picking up the guitar and dipping into doo-wop.

The eclectic mix of influences, however, only tell half the story or as Zappa put it ‘exactly 50%’. After a brief time working in advertising Zappa understood that modern music was half about image and with that revelation the full artistic gestalt that became his act was formed. He was ahead of his time in this regard, almost forecasting the coming revolution of MTV a couple of decades before the fact. However, even this foresight was not deployed conventionally, he created one of the strangest images around.

And as fate would have it, it was a strange image that millions lapped up. In part, this was simply because it was anything but banal. However, other contributing factors pertained to the fact that he was indeed an insanely good guitarist and composer; he crammed his songs with humour while others went the way of regurgitated emotions; and what’s more, he seemed to embody the bohemian revolution of taking pride in individualism.

The strange story of The Shaggs: The band “better than The Beatles”

With all this in the welter and some truly stunning songs, he skirted the edges of outsider music and remained relevant enough to ensure that his weird life was loved by many. And what a weird life it was. Aside from his wild devotion to artistry, absurdity always seems to have been almost thrust upon his art itself. For instance, in 1971, while performing on stage, the jealous ex-boyfriend of his current girlfriend pushed him into the orchestra pit. The injuries Zappa suffered were so severe that his voice dropped by a major third forever after.

And as far as the flipside goes, when it comes to his saintly allegiance to art at all costs, the best example comes from guitar collaborator Steve Vai. While touring with Zappa in 1980, it was Vai’s first-ever time on the road, the heavy effects of which gave Vai figurative sea-legs and within a week his body was struggling. One sweltering night in Albuquerque, about nine days into the tour, Vai was so sick that he had to play strapped to a parcel trolley and be wheeled onto the stage, wherein he continued to vomit into a bucket throughout the show, while his backside played rather wet percussion. Afterwards, Zappa approached Vai and said, “Hey sport, you look like a guy who’s been on tour for the first time.”

This wasn’t just a flippant emotionless remark either. Vai was eternally grateful to Zappa for giving him his start. Instead, the story embodies three things that Zappa knew more than anybody—however much he tried to defy commercialism, he was well aware he was in a business and the show must go on. In a weird way, this defined his mainstream defying capitalist roadshow. The third factor was that he also always had an eye for talent and the sound mind to welcome it into his fold.

The pinnacle of this, at least from Zappa’s point of view, came from the same year that he tragically passed, 1993. During the ‘80s Zappa delved deeper into his eclectic influences and as a result, it all gets a little bit hard to tackle even for the most ardent fans of berserk beats and strange songs. However, in 1993, Zappa revisited some of his earlier rock classics on The Yellow Shark and produced a blistering reimagining of ‘Uncle Meat’, backed by his trusty band of stellar musicians the Modern Ensemble, it is a fairground fanfare of sound.

Tom Waits who toured with Zappa lent the effort a quote that could just about describe his entire career in the process: “The ensemble is awe-inspiring. It is a rich pageant of texture in colour. It’s the clarity of his perfect madness and mastery. Frank governs with Elmore James on his left and Stravinsky on his right. Frank reigns and rules with the strangest tools.”

It all sounds lovely when you put it in print, but in a world where swathes of sui generis masterminds are condemned to the ash heap of history because they struggle to conform, Zappa becoming one of the biggest alternative artists of his day remains a mystery. Perhaps the greatest paradigm for this comes from Užupis, the Lithuanian republic that replaced a Lenin statue with Frank Zappa.

Rather comically, Frank Zappa may not have ever visited, but his ethos that he “never set out to be weird, it was always other people who called [him] weird,” lives strong as the town disavows the absurd notion that surrounds it. This, in short, is the inherent appeal of Zappa and the reason he has the world’s largest music cult following—perhaps he simply wasn’t so weird after all. Like a Duchampian mirror to society, he was just a musical genius having fun, what more is rock ‘n’ roll about? 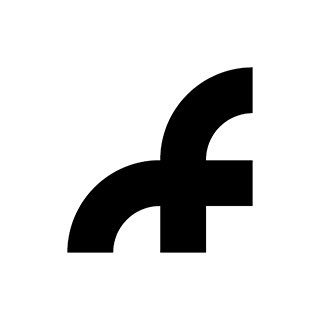