Perspective, n, Part of optics that teaches how to represent the objects on a plane with all apparent modifications, or with several aspects that their position and location determines with respect to the figure and to light. || Drawing or painting representing the objects as they are seen by our eyes. || Painting representing gardens, buildings in the distance and that you put at the end of a gallery or a garden mall to create an optical illusion. || Aspect that objects present seen from afar; panorama. || Appearance, mirage.

Digital, adj. comput. and Electronics. That operates with information represented in the form of digits associated with electrical impulses. || It is said of the device that provides information in the numerical form on a display. || Information stored in the form of numbers, using the digits 0 and 1. || Photography d., It is said of photography in which images are not fixed in a film sensitive to light, but recorded in a data storage device.


"... several architectural and decorative sources in the semantic field of re-readings, a sociology of creation, in a Porto timeframe of architectural anomie, of persistent forms and slow accumulations in a town of character, more of ways of being than fads of hype" (António Cardoso)

"One of the most fascinating aspects of photography is the infinite range of possibilities that the same scene offers. Pedro Bruschy’s work brings us a perspectival view of Porto, an invitation to the understanding of the city in a chromatic scale that fills our eyes" (A. DeLima) 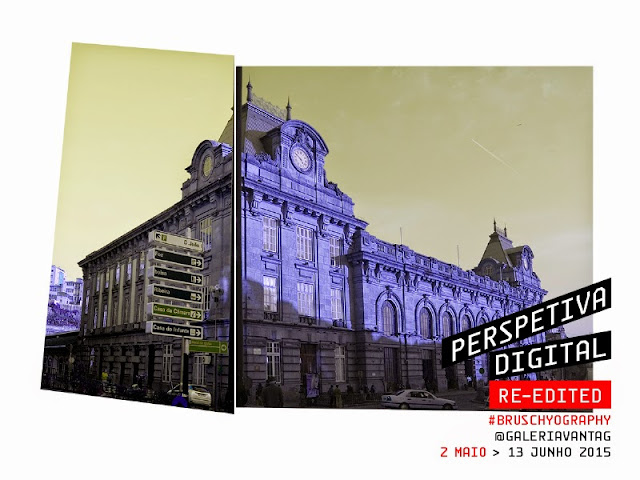 On the day Andy Warhol met Picasso someone was alert and registered it all...

When Georges Braque and Pablo Picasso developed Cubism, they surpassed the previous notion of a drawing, a painting having a single point of view ... the viewer / artist depicts what he/she sees facing the subject / landscape. In some cases the object is represented several times, suggesting that it moved, but ... what if it was the artist who moved? Then we have different points of view ... facing the object, on the side of the object, from above or below, near or far. 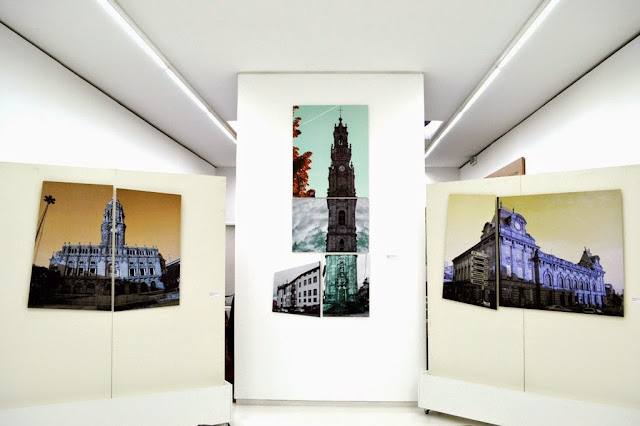 In his portraits of this phase the head is represented facing us but also as a profile, which could recall the mugshots of police records; but, while in such cases we have the whole head from the front and the full head from the profile, in the work of Picasso we have fragmentation: part of the head is facing us and another part is in profile. This gives us multiple points of view. 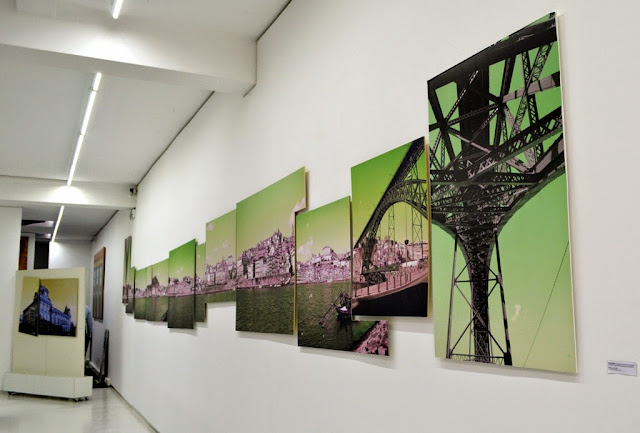 Andy Warhol, ultimate master of pop art, worked a lot with silkscreen printing where each color requires extra work ... so that might be one reason to use the same color in large areas of the base theme, usually appropriated photography. Making the analysis of his portraits (as we did for cubism) there are famous cases in which he uses a uniform color for the background and one for the represented face; in other cases he repeats the same photo 4 or 9 times on the canvas and each square will only differ for the colors used.

These two fundamental concepts of art history are alive in the work of Pedro Bruschy:

- we are privileged to, in the same work, have more than just one glance at an object/monument; as in cubist portraits we have the front and the profile of the same building. In other cases we have the result of a long traveling (to use cinematic language) ... in short we are presented with different points of view;

- the colors, as in Warhol, are scarce but each one fills much of the work surface and this procedure rejuvenates the image and therefore the monument; the study of history is much more appealing.

That’s why we said that "on the day Andy Warhol met Picasso someone was alert and registered it all..." It was Pedro Bruschy and we are the beneficiaries. 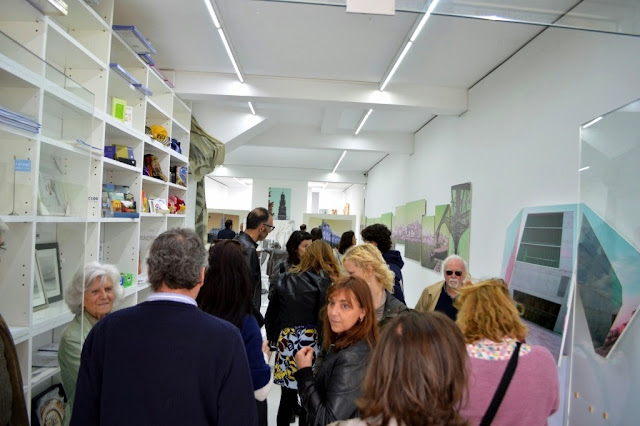 His early works, Digital Zoom (Rivoli - Janeiro06) and Digital Perspective (Anje - March 06) were dedicated to the city of Porto where the most emblematic icons of the city, after captured with his lens, underwent a treatment almost plastic a deconstructive game that invites new interpretations of the unbeaten. Three years and two exhibitions after its inception, Digital People Peter Bruschy project no longer project to become work. Work in progress, so, as befits the best contemporary art, Digital People come revitalize the famous postulate of André Breton, "la beauté will be convulsive or will be ne pas". Here, the convulsive beauty of the images born in the digital photomontage space-time, which reconfigures the gap between perception and representation, between abstraction and revelation, in short, between the eye and vision. The process of composition and decomposition of bodies, and spaces that bodies go through, rearranges itself heterogenesis the history of figurative art from the surrealism of Magritte the hyperrealism of Frida Kahlo, without forgetting the matrix illusion of Arcimboldo, which interartistic poses a dialogue that ultimately makes Digital People space of unlikely encounters, which are realized a new order, a new world and a new humanity. Beau comme… 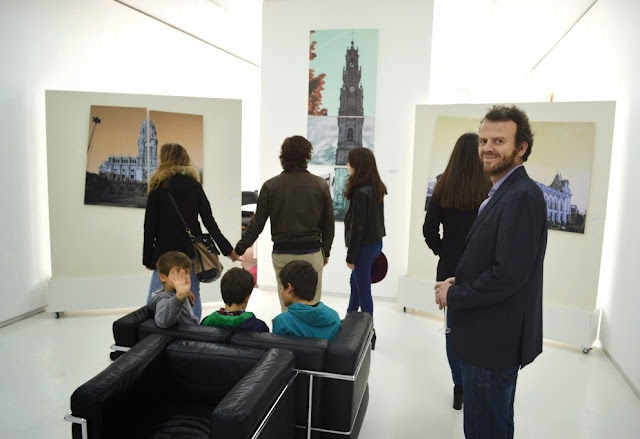 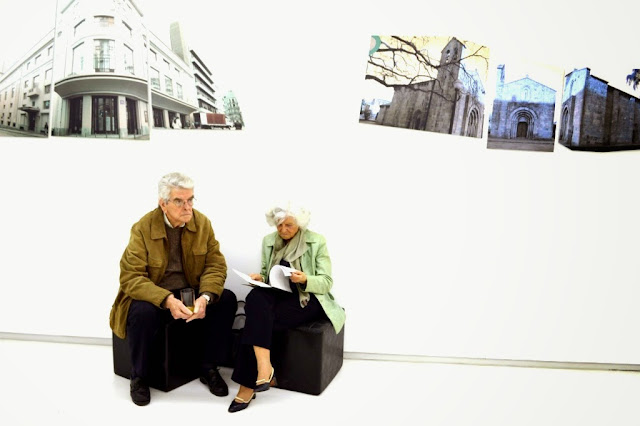