Younger Christians may be ditching doctrines of fire and brimstone – but will Christianity ever get rid of hell entirely?

A staggering number of people have been taught that a select few Christians will spend forever in a peaceful, joyous place called heaven, while the rest of humanity spends forever in torment and punishment in hell with no chance for anything better … This is misguided and toxic and ultimately subverts the contagious spread of Jesus’s message of love, peace, forgiveness, and joy that our world desperately needs to hear.

To judge by the reactions to Bell’s book, it was as if no one had ever questioned hell before or emphasised God’s love over his wrath. Many evangelicals were appalled. The viral effects of social media magnified the outcry, with supporters and opponents jumping in to offer tweets of praise or condemnation. In the wake of the controversy, Bell left the church he’d founded and in 2013 told The Grand Rapids Press he would start a ‘spiritual talk show’ in southern California. The book’s publication also led some 1,000 members to leave the church, according to a report in The Christian Post in 2013.
Believers in hell thrive on a sense of opposition and injustice – to affirm the stark either/or of heaven or hell requires it
But Bell never actually denied that there might be a hell after death, even as he also affirmed that hell could begin now in the violence humans enact against each other and the earth. In a video interview with The Washington Post in 2011 he said: ‘I believe in hell now, I believe in hell when you die. I believe God gives people the right to say no, to resist, to refuse, to reject, to cling to their sins, to cling to their version of their story.’ Still, Bell has been vague when pressed to describe what kind of hell this might be, allowing his opponents to read into it anything but the eternal hell of fire and brimstone that many continue to espouse.
The outcry over Bell’s book was perhaps all the more surprising given recent poll numbers in the US. A 2013 Harris Poll found that while 74 per cent of US adults believe in God and 68 per cent believe in heaven, only 58 per cent believe in the devil and in hell, down four percentage points from 2005. One might think that, with supporters of hell on the decline, defenders of Bell might have easily silenced the opposition. Yet only 25 per cent of US adults polled actively do not believe in hell, while another 18 per cent are unsure.
And numbers can hardly tell the whole story, anyhow. Believers in hell thrive on a sense of opposition and injustice – to affirm the stark either/or of heaven or hell requires it. Where Bell sees the violence humans enact against each other on earth as already a kind of hell, those who support eternal hell argue that it alone can make up for the world’s violence and suffering, and act as a deterrent against future forms of human-on-human brutality. Others say that there has to be a hell, if only for Hitler, or Stalin, or Mao, or Saddam, or Osama bin Laden.
These kinds of arguments have sustained the idea of eternal punishment for generations. Supporters of Hell have always claimed to have morality and justice on their side, even as its opponents have said the same. As much as some people might thirst for a hell-less faith and a hell-denying Pope, others eagerly participate in hell and judgment houses designed to frighten and convert attendees into belief. Poll numbers might fluctuate, but one thing’s for certain: in the US, hell isn’t going up in flames anytime soon.
SYNDICATE THIS ESSAY
Evil Metaphysics Values & Beliefs All topics →
07 July, 2014 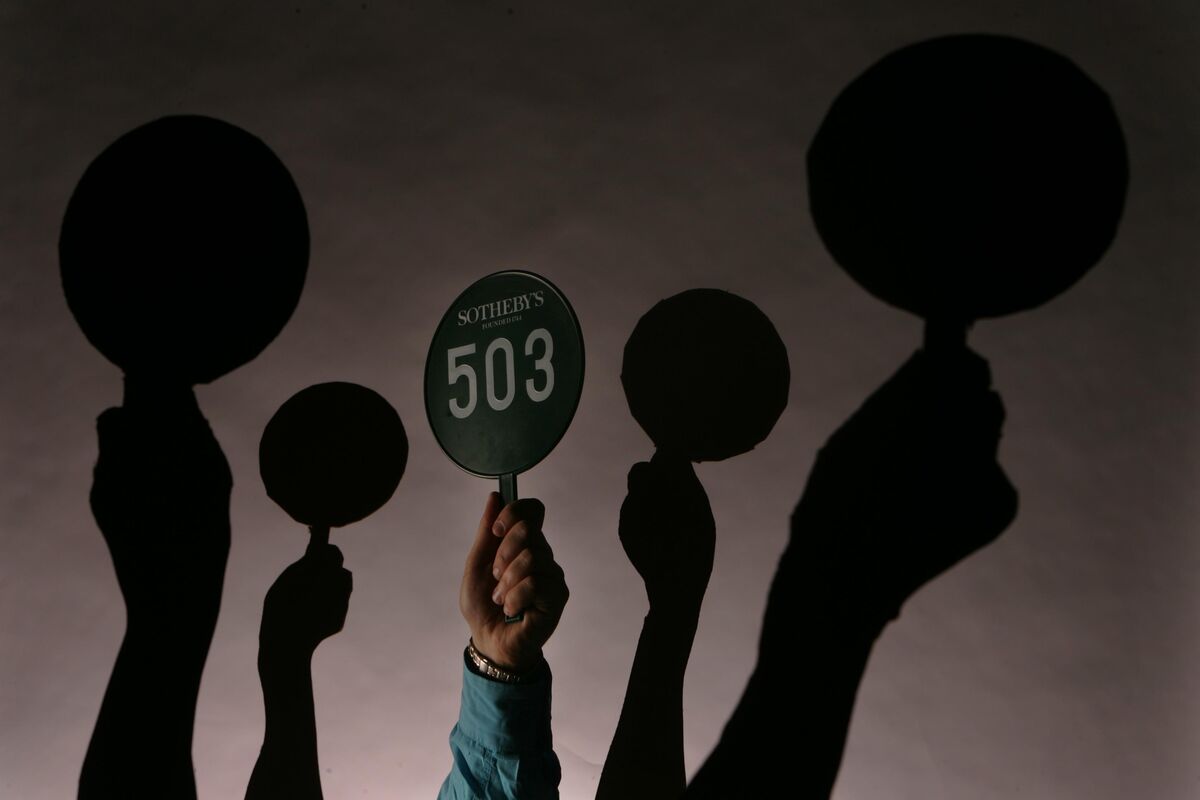 Photo by Steve Russell/Toronto Star via Getty Images.
One accurate cliché of the art world is that nothing matters more than relationships and information. High-end art dealers and auction houses know this better than anyone. How do they acquire these relationships and information? In addition to the old-fashioned ways of meeting new prospects (at art fairs, say, or by hosting elaborate dinners and events), some use the services of paid go-betweens.
These go-betweens—art advisors, curators, dealers, even family members(!)—can net tens to hundreds of thousands of dollars in fees on a single transaction, paid out as “introductory commissions,” or ICs. Surprisingly, their roles are sometimes hidden.
One collector I know bought a valuable painting from a gallery in the late 1990s, based in part on a glowing recommendation from a museum curator. Years later, when the collection was appraised, the collector was shocked to learn the painting was a fake. The gallery initially refused to refund the money, only acquiescing when it became clear the collector was willing to fight. To add insult to injury, unbeknownst to the collector, the gallery had paid the museum curator a sizeable introductory commission on the sale, and would only reimburse the collector for the sale price minus the IC payment. The collector now had an additional fight on their hands to get all their money back.
That’s one cautionary tale; I have heard of many more. They illustrate why collectors active at the high end of the art market should take steps to protect themselves, both as buyers and sellers.

To win consignments, auction houses sometimes pay introductory commissions to individuals who can influence which house the consignor selects to handle the sale. For example, suppose a collector is thinking about selling part of their collection. Having not sold many works before, she is uncertain about how to proceed. If someone close to her offers to introduce her to the right auction house to handle the sale, the seller is likely to take them up on the friendly offer. The introduction takes place, and sometime later the collector signs a consignment agreement with that auction house.
However, that person may have been sharing information with the auction house without the collector’s knowledge. Such information could inform how the auction house approaches and negotiates with the collector—e.g., what is motivating them to sell, whether they are savvy deal negotiators, or what type of specialist team will impress them. The go-between may also have an agreement with the auction house to be paid a success fee, perhaps two percent of the final hammer price. The more important their contribution to the auction house in winning the consignment, the higher the IC they may receive. From the perspective of the auction house, the IC is yet another cost to be netted against the buyer’s premium they earn on the sale.
Sometimes the payments are for legitimate services the consignor is aware of. But each auction house has its own policy on who is responsible for disclosing to the consignor that ICs related to the sale of their property are being paid. Some stipulate that the IC recipient is solely responsible for disclosing this fee, absolving the auction house of any responsibility. Others may include a reference to a third-party payment in the consignment agreement, without mentioning its size or value. As a result, consignors may not be aware of the existence or magnitude of introductory commission payments, nor that information they may have presumed was confidential was being shared with an auction house. In these types of situations, the consignor is effectively paying the third party for services they may never have agreed to pay for, had they been informed  Moreover, the IC payment warps the economics of the deal, because the collector and auction house could have elected to share the go-between’s fee in some other way.
Given these limited disclosure practices, what should collectors do to protect themselves? First, tell the auction house that any third-party fee arrangements related to the sale of their property must be fully disclosed. Since an auction house is an agent for the seller with an implied fiduciary duty, there should be no pushback on this request. If there is, the collector should immediately stop discussions. Second, this disclosure should be incorporated into the formal consignment agreement. The auction house should provide representations and warranties that it has informed the consignor of all the names and payments that will be made to third parties related to the sale of their property.

To attract buyers, galleries sometimes feel obligated to pay introductory commissions to art advisors or other third parties. But undisclosed introductory commissions taint the advice a collector receives. For example, let’s say an art advisor has an agreement with a client that allows her to bill a 10 percent fee on top of the sale price of any work the client buys based on her recommendations. The advisor may also have a side arrangement with a gallery in which she also gets a 10 percent IC from the gallery on all sales made to clients of the advisor. The payment from the gallery no doubt influences what the art advisor recommends to her clients. But it is up to the gallery and the advisor to decide whether to inform the client of this payment.
Undisclosed ICs have an additional complication—the buyer will likely overpay for the art because the IC negatively impacts the gallery’s willingness to negotiate on price. For example, suppose a gallery has a typical deal with an artist in which sale proceeds are split 50/50. To sell the work, the gallery may be willing to extend a 15 percent discount to the buyer, which comes out of their share. The gallery will keep 35 percent of the offering price to cover staff costs, rent, and other overhead. But if the gallery must also pay an art advisor a 10 percent IC, it again impacts the economics of the sale. The gallery will be far less willing to offer the same 15 percent discount, which drives up the price for the buyer.
Buyers should consider adding language to a purchase agreement along the lines of “no payments have been or will be made to any third party related to the purchase of the artwork without my prior knowledge and consent.” Most galleries will be willing to include language like this in purchase agreements, but it is best to mention it up front, so the buyer can get the best deal terms possible. If the collector uses an art advisor, they should also include language in the advisor agreement like “the advisor will not accept any fee from a gallery or other third party, in cash or in kind, related to works of art that I purchase based on their advice.”
Collectors are harmed when introductory commissions are not fully disclosed. On the buy side, they risk being seduced into buying things they shouldn’t, or paying too much for an artwork. On the sell side, they risk receiving less for their property because a portion of sale proceeds is siphoned off to an undisclosed third party. But sunshine is the best disinfectant. Collectors can protect themselves by asking questions, and including in their purchase and sale agreements the disclosure language mentioned above.
Doug Woodham is Managing Partner of Art Fiduciary Advisors, former President of Christie’s for the Americas, and author of Art Collecting Today: Market Insights for Everyone Passionate About Art.
Posted by Cabecilha at 7:21:00 PM No comments: