The urban commute reimagined as a rhythmic subterranean ritual

The urban commute reimagined as a rhythmic subterranean ritual

New York City’s legendary, and recently much-beleaguered, subway is one of the largest, oldest and most heavily trafficked urban commuter systems in the world. In her collage video Underground Circuit, the Chinese-born, Chicago-based artist Yuge Zhou brings a very unusual – and highly fantastical – form of order and reliability to the New York commute. Stitching together a multitude of subways scenes in concentric squares, Zhou turns the transit system into a subterranean labyrinth at the centre of which is a street performer pounding on a drum. Multiplied four-fold, this drummer is, for Zhou, ‘the controller of the movement, inspired by the concept of the Four-faced Buddha in Chinese folk religion, the god who can fulfil and grant all wishes of its devotees’.
Director: Yuge Zhou 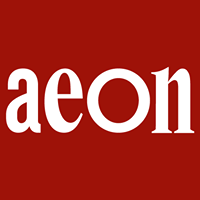