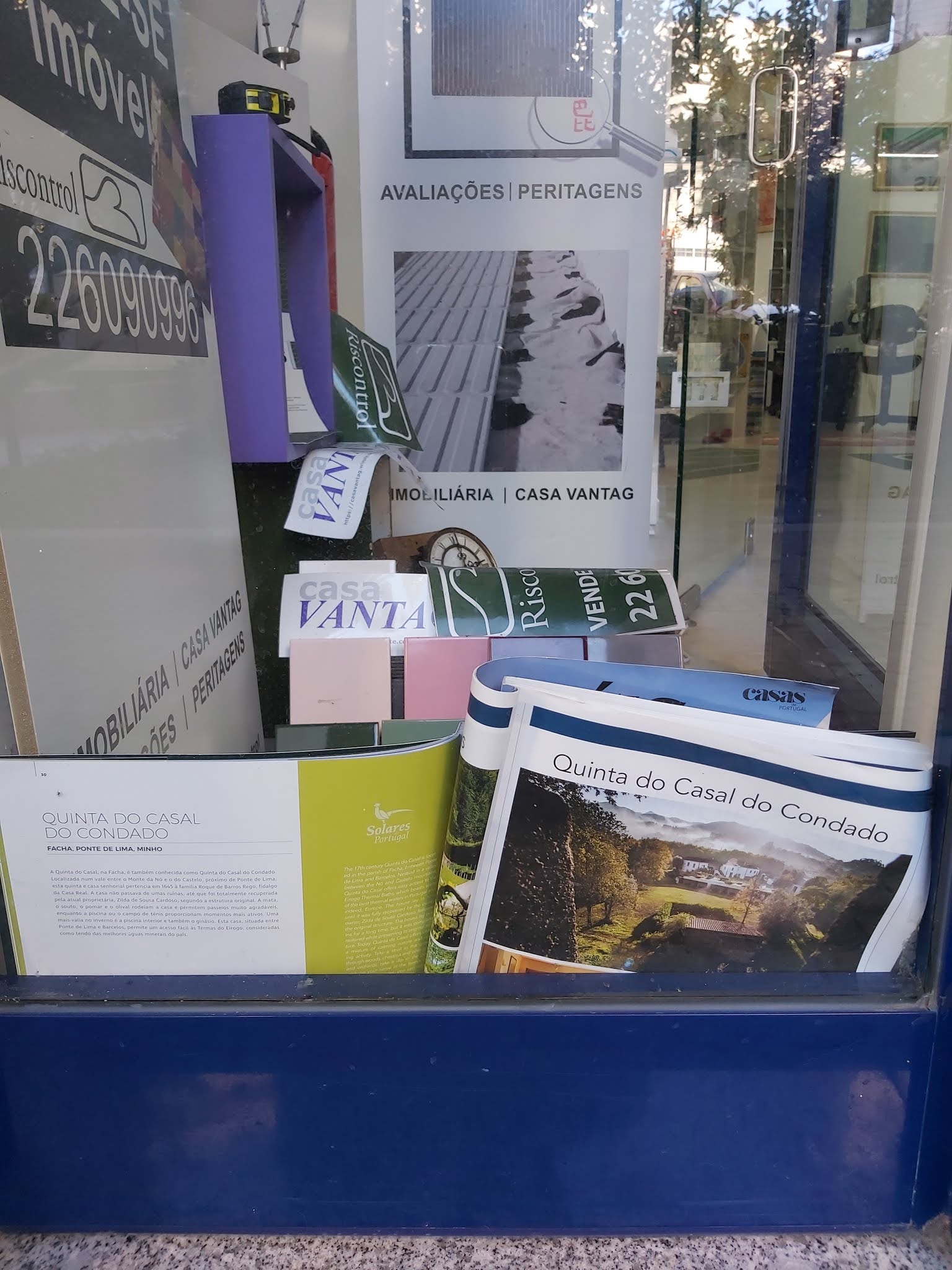 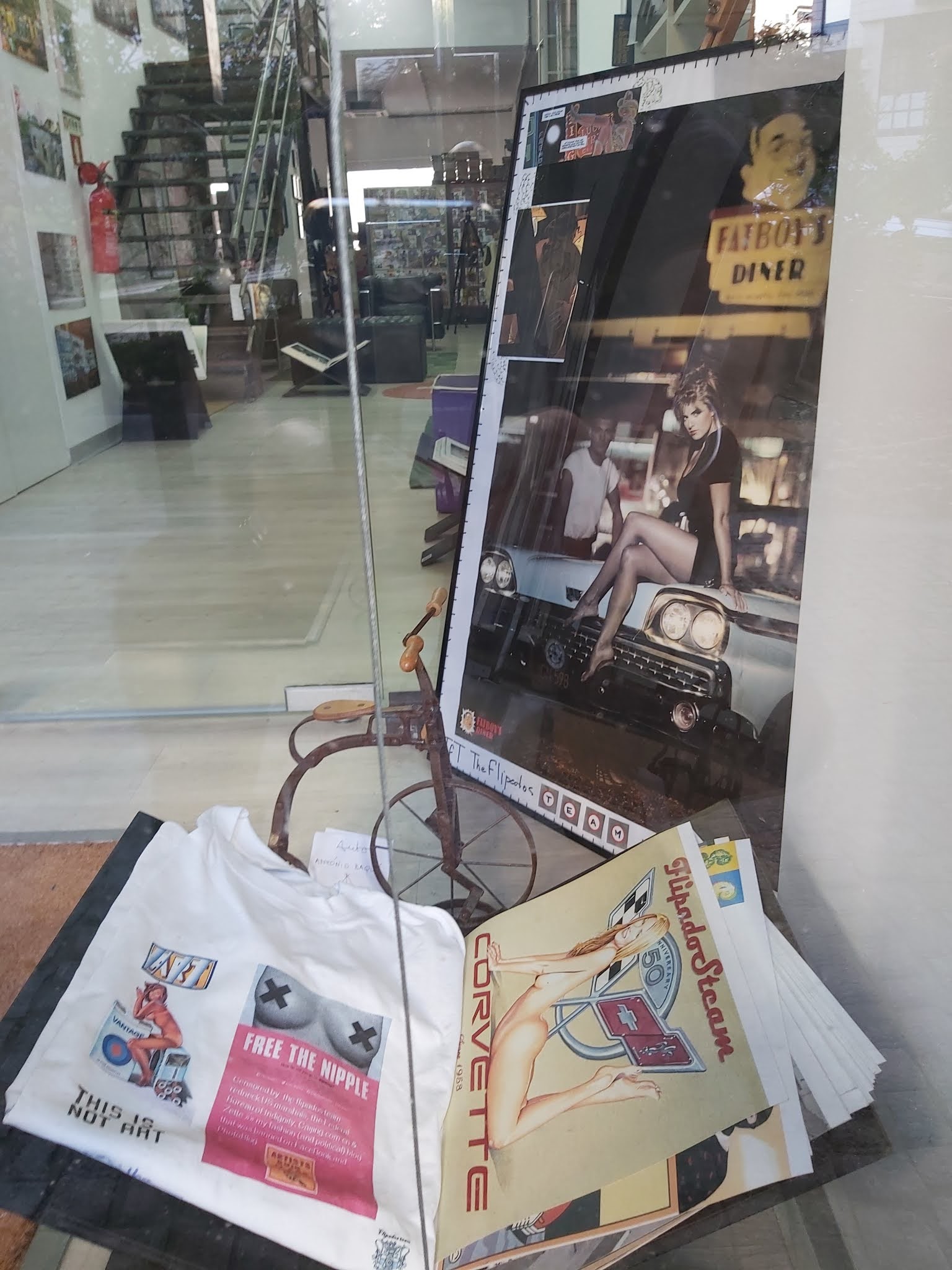 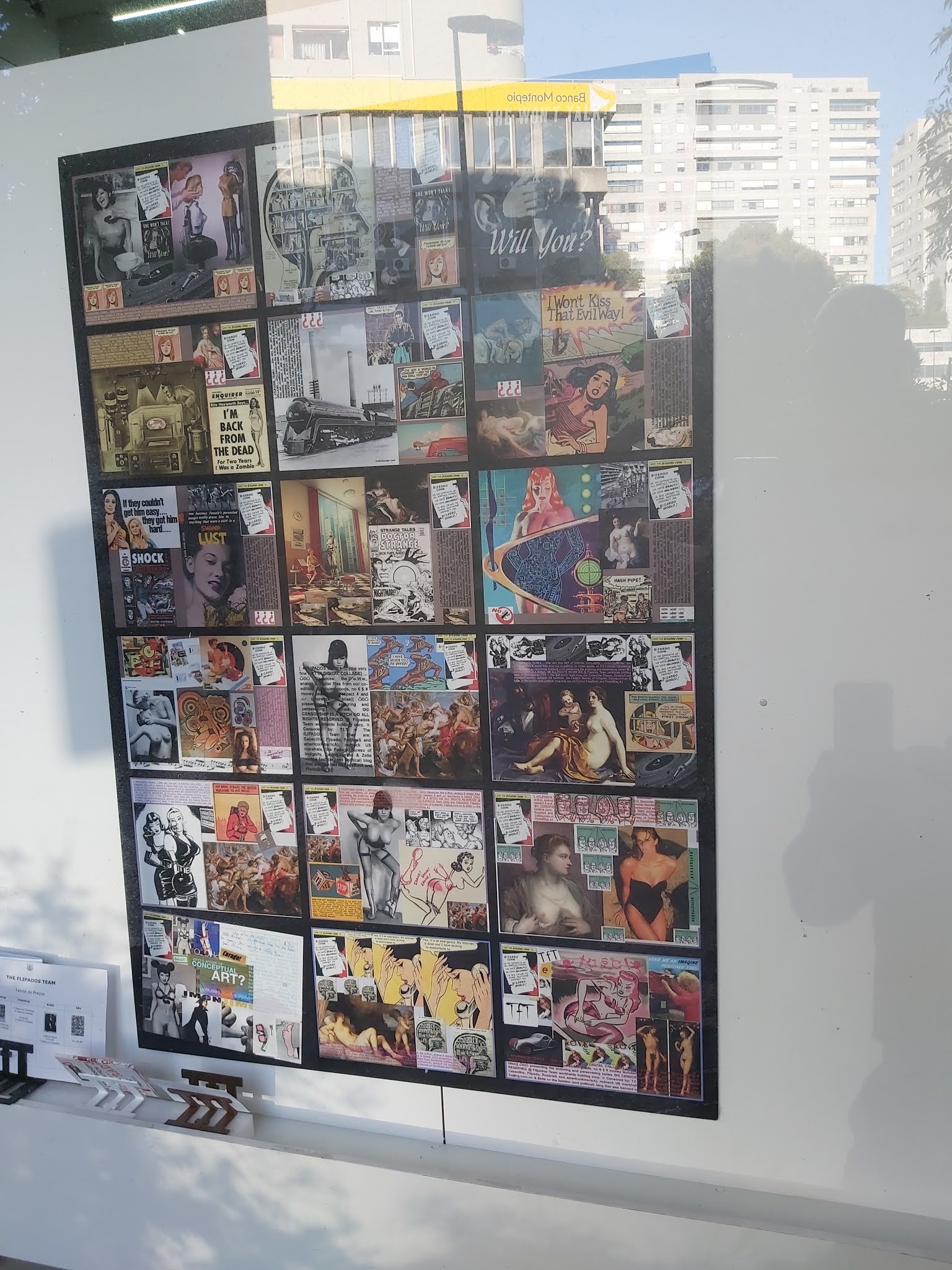 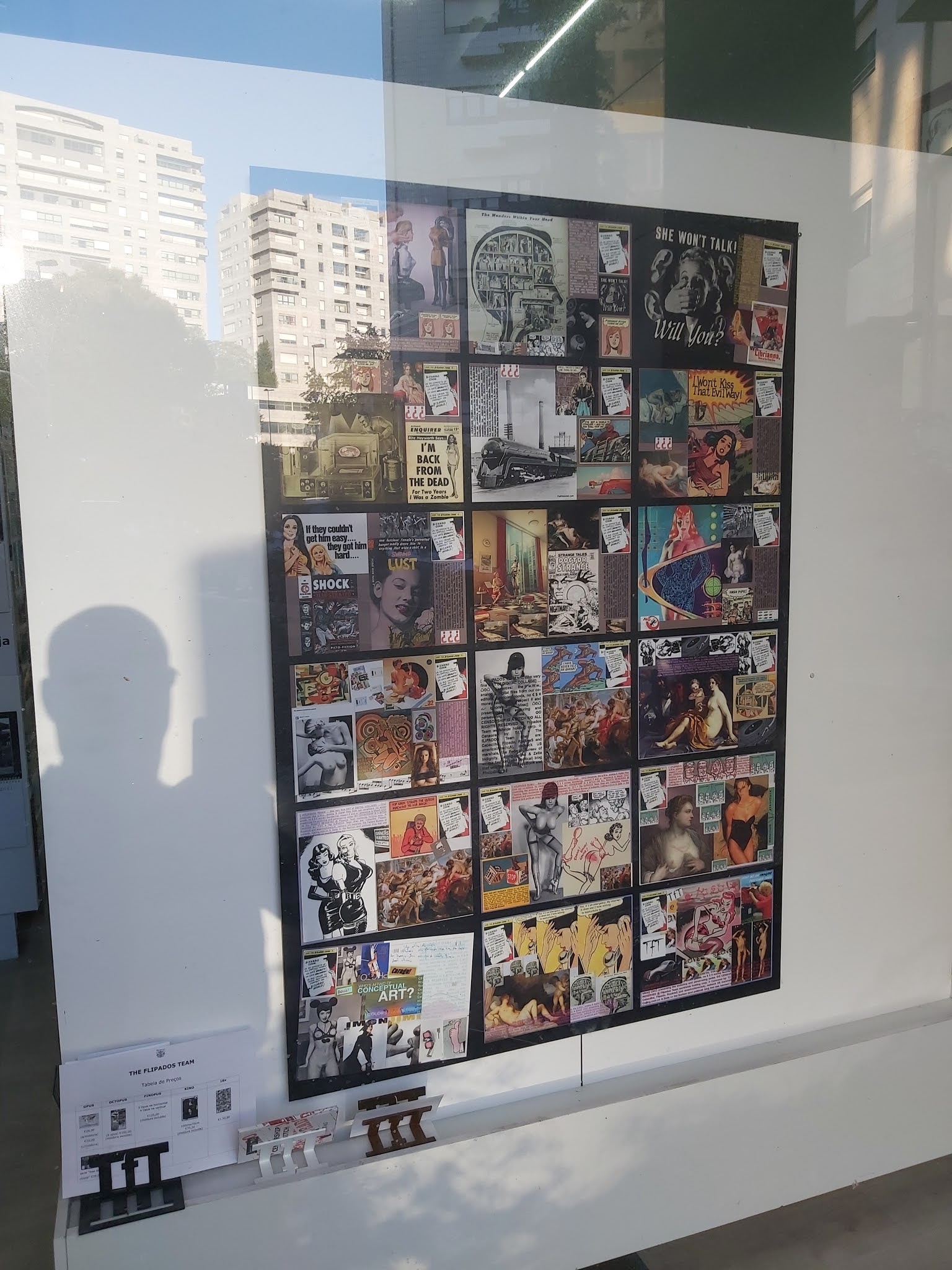 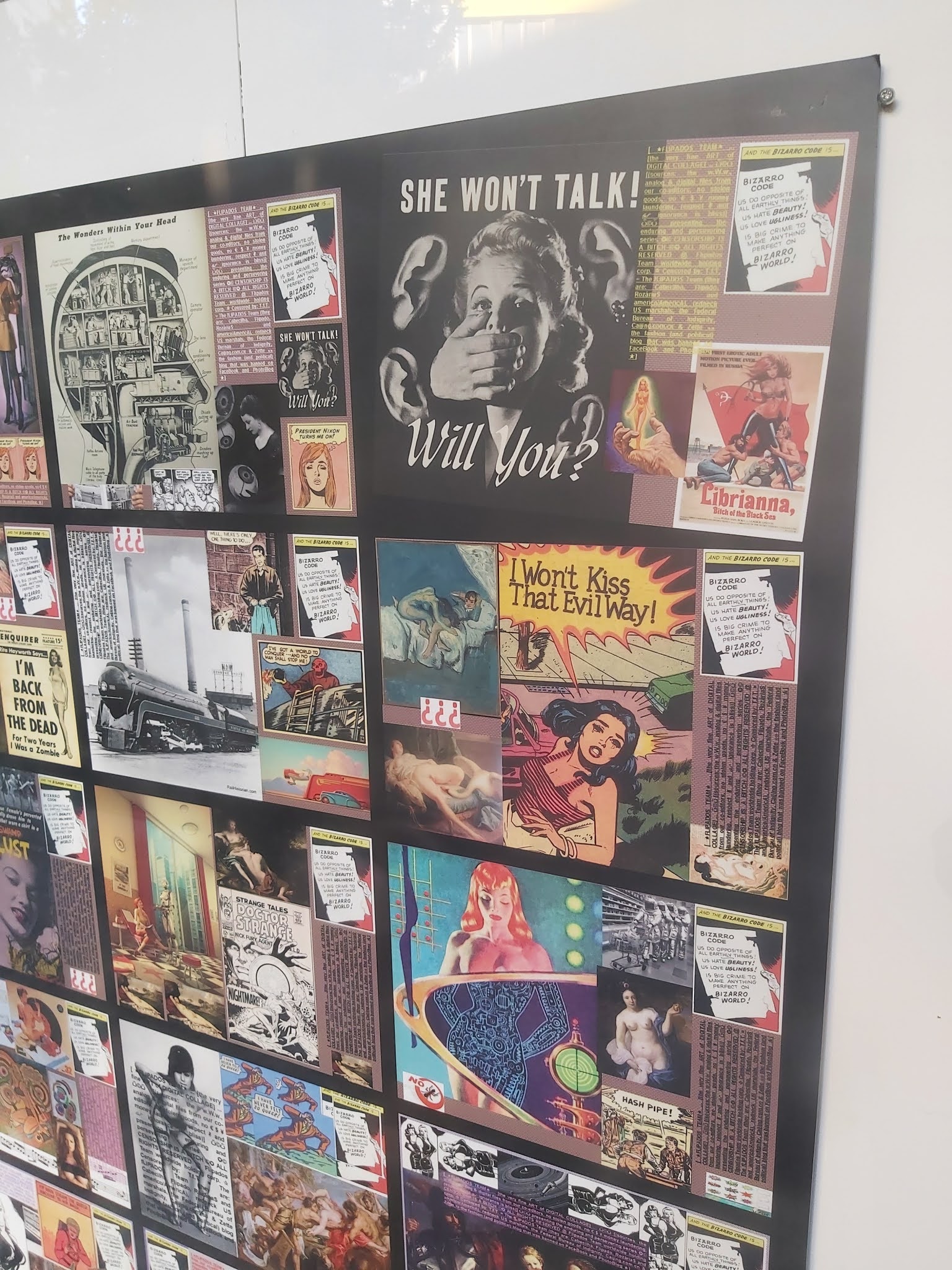 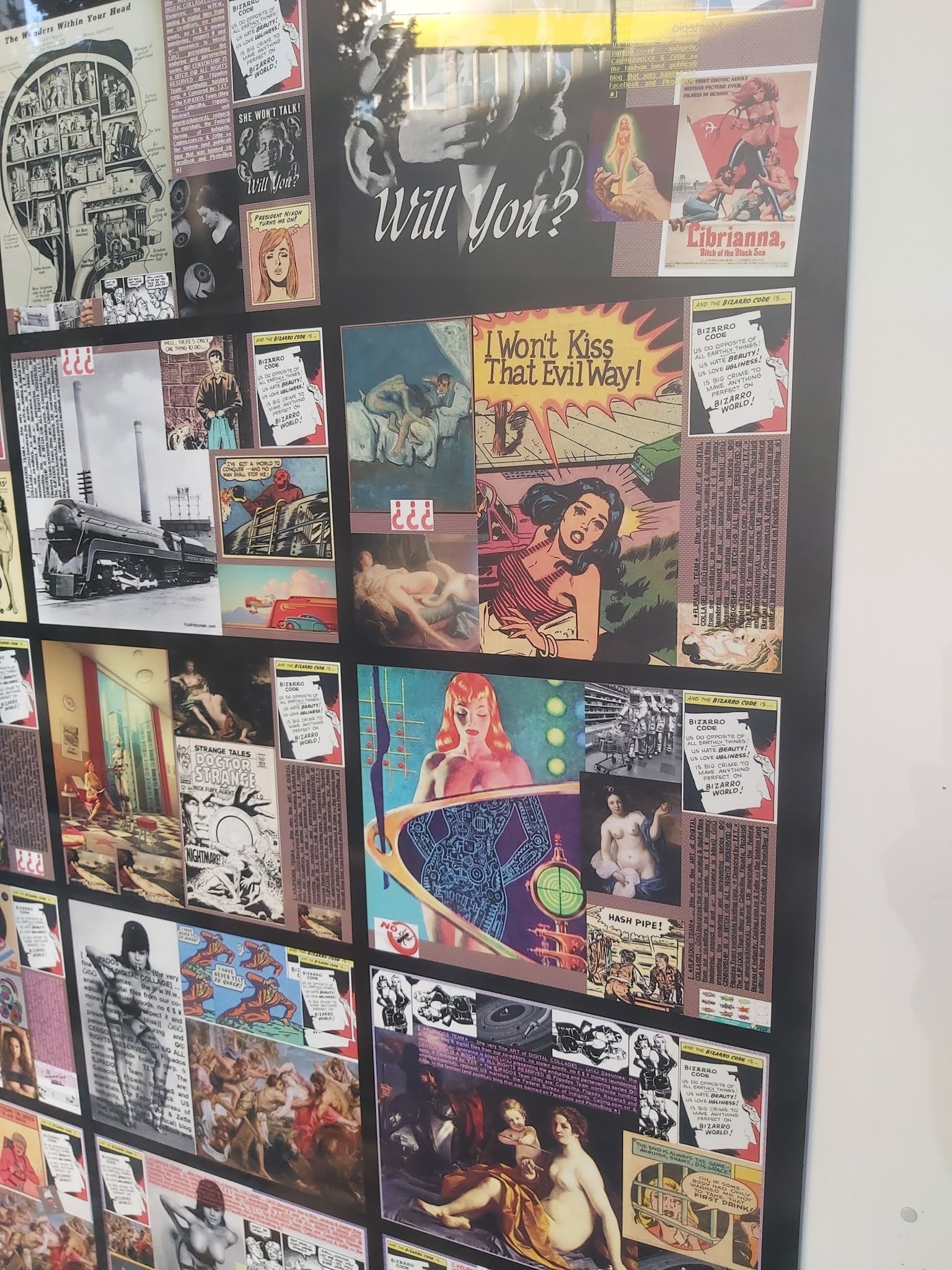 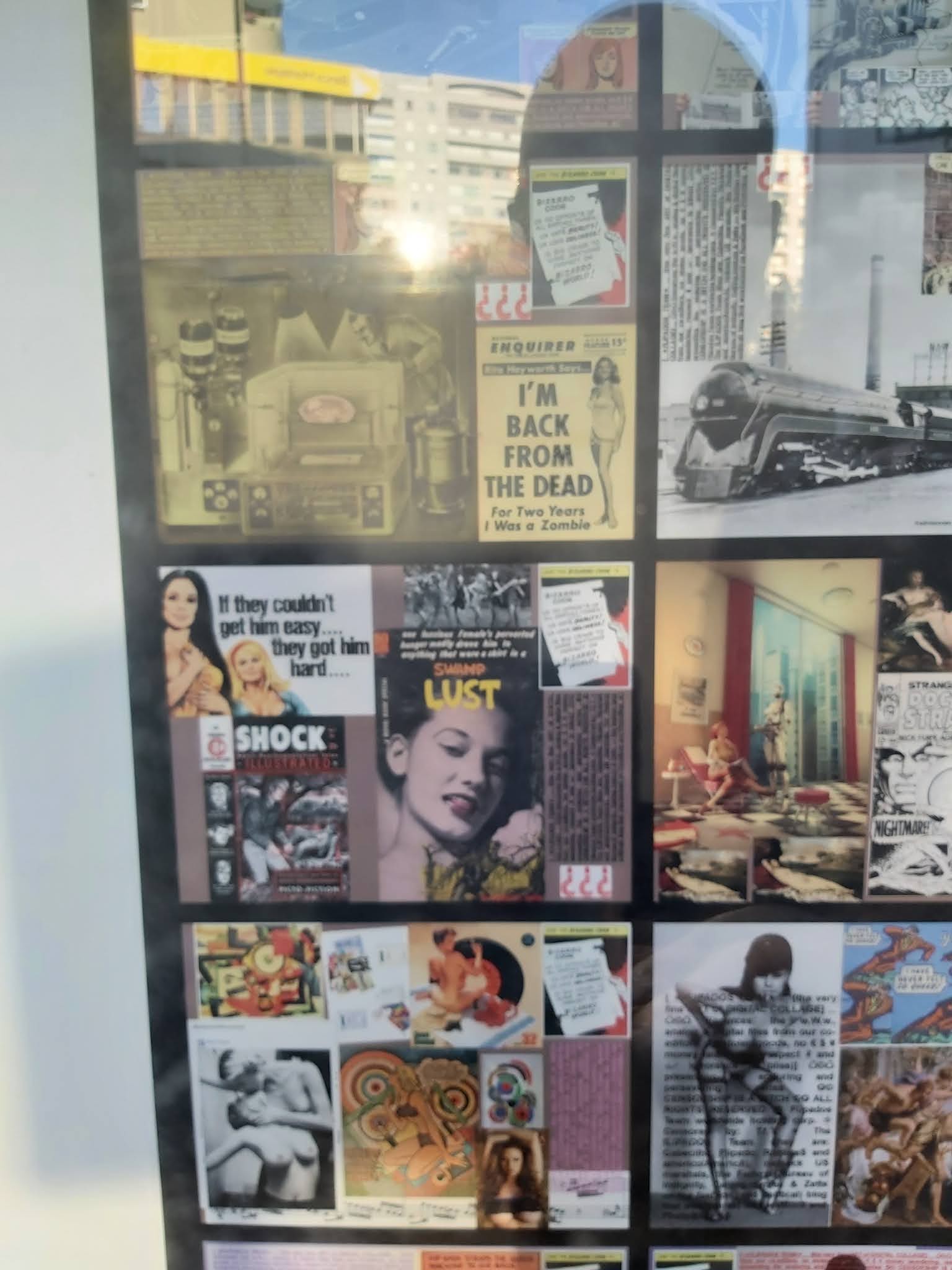 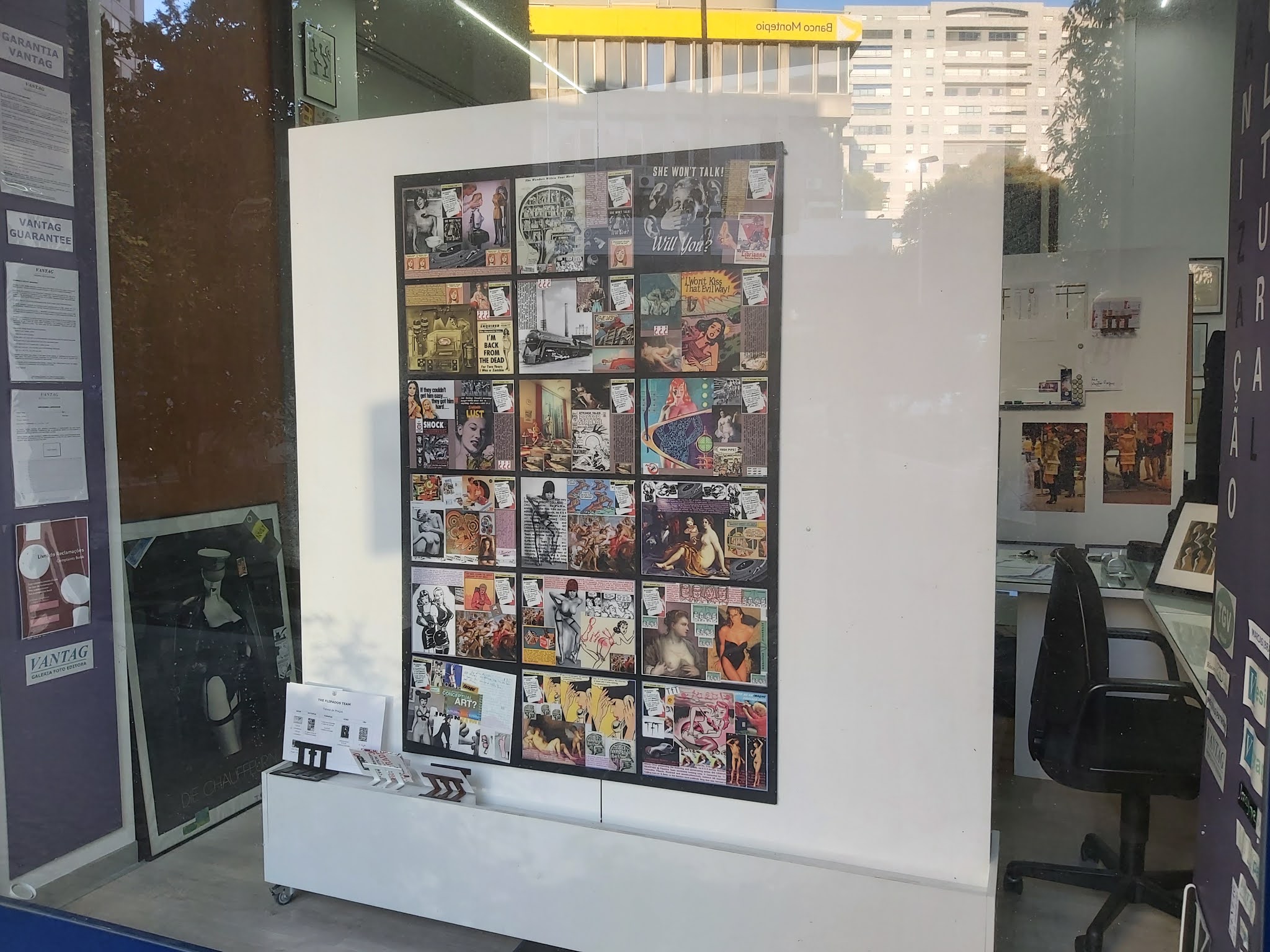 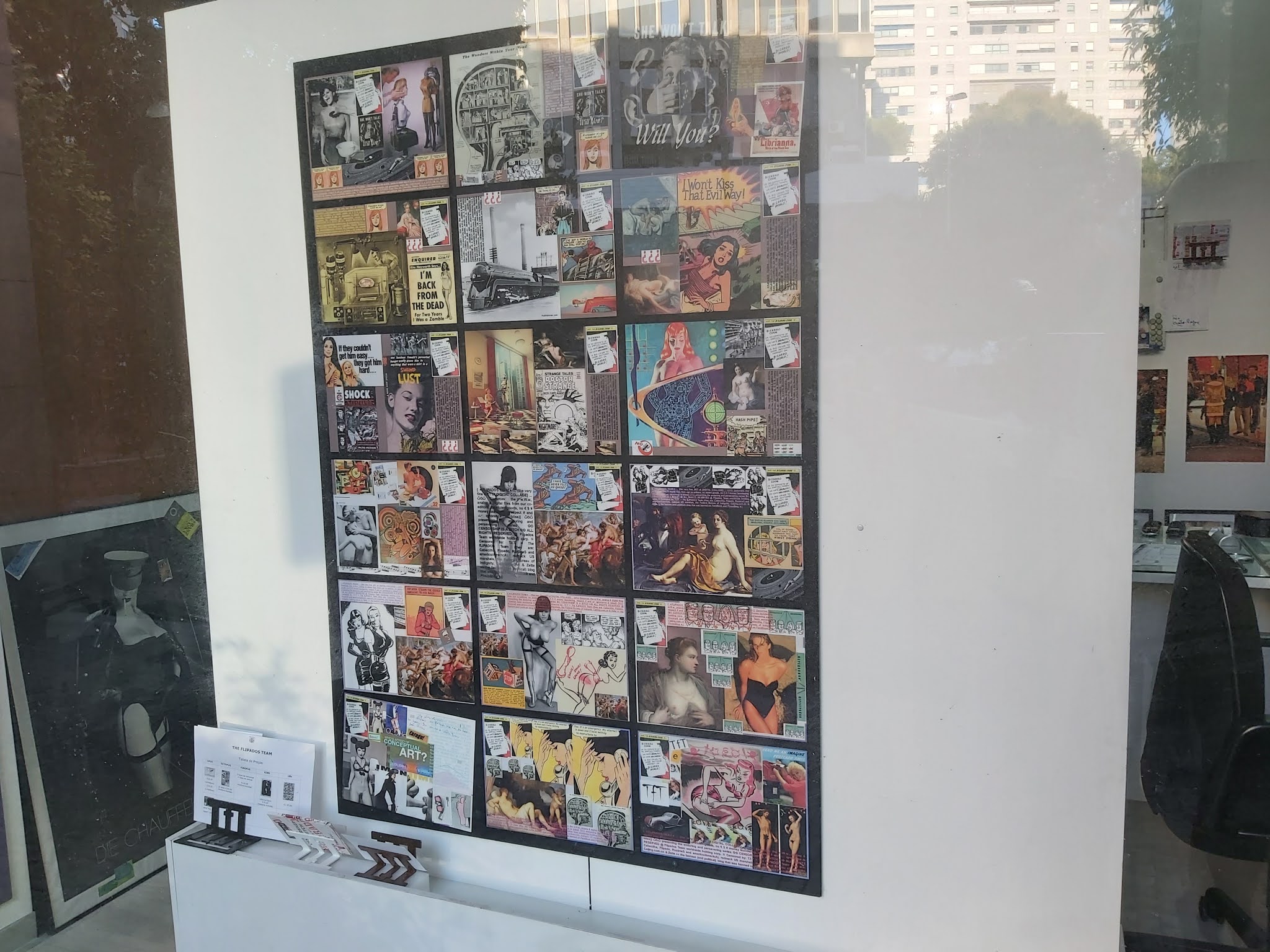 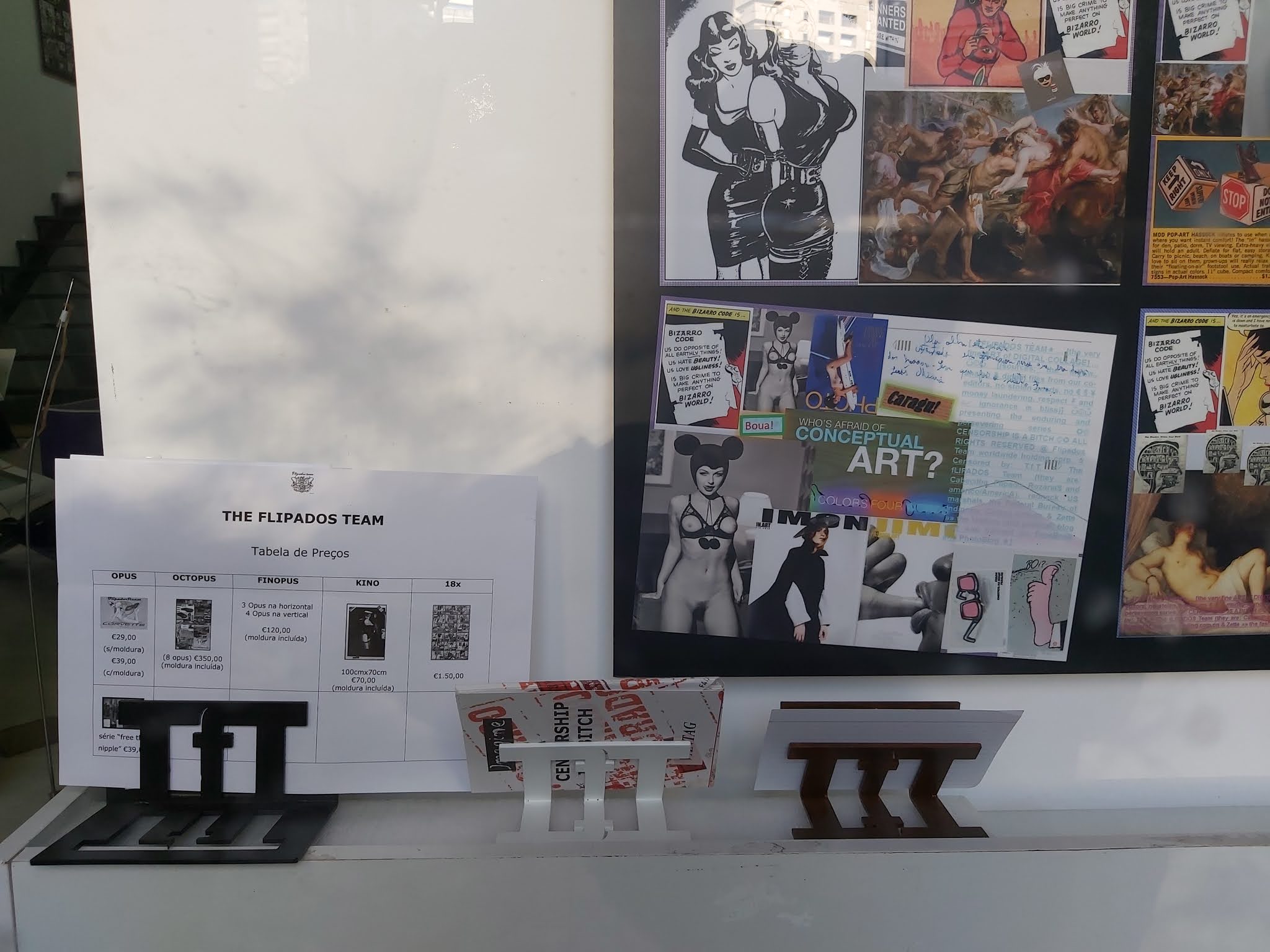 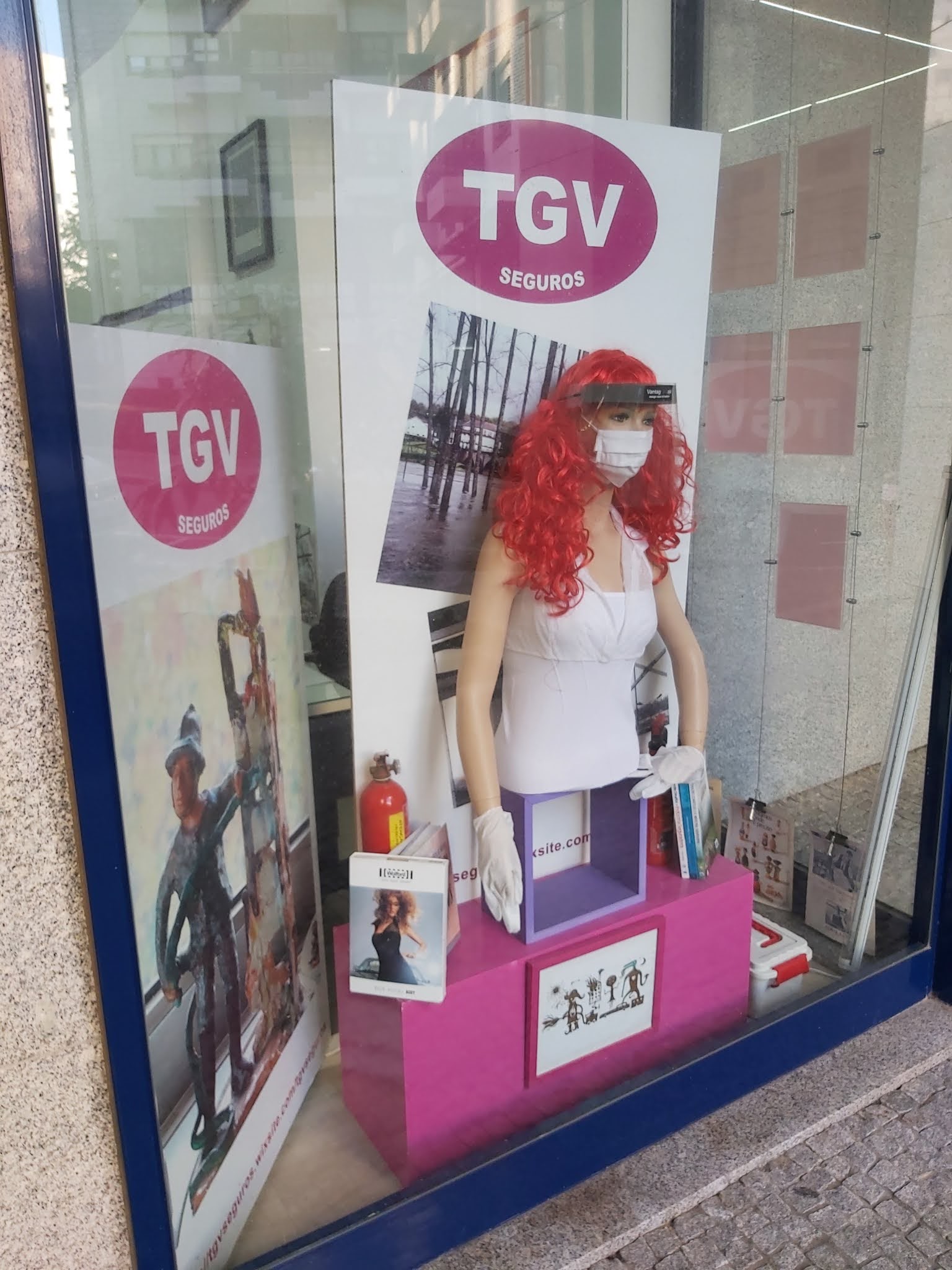 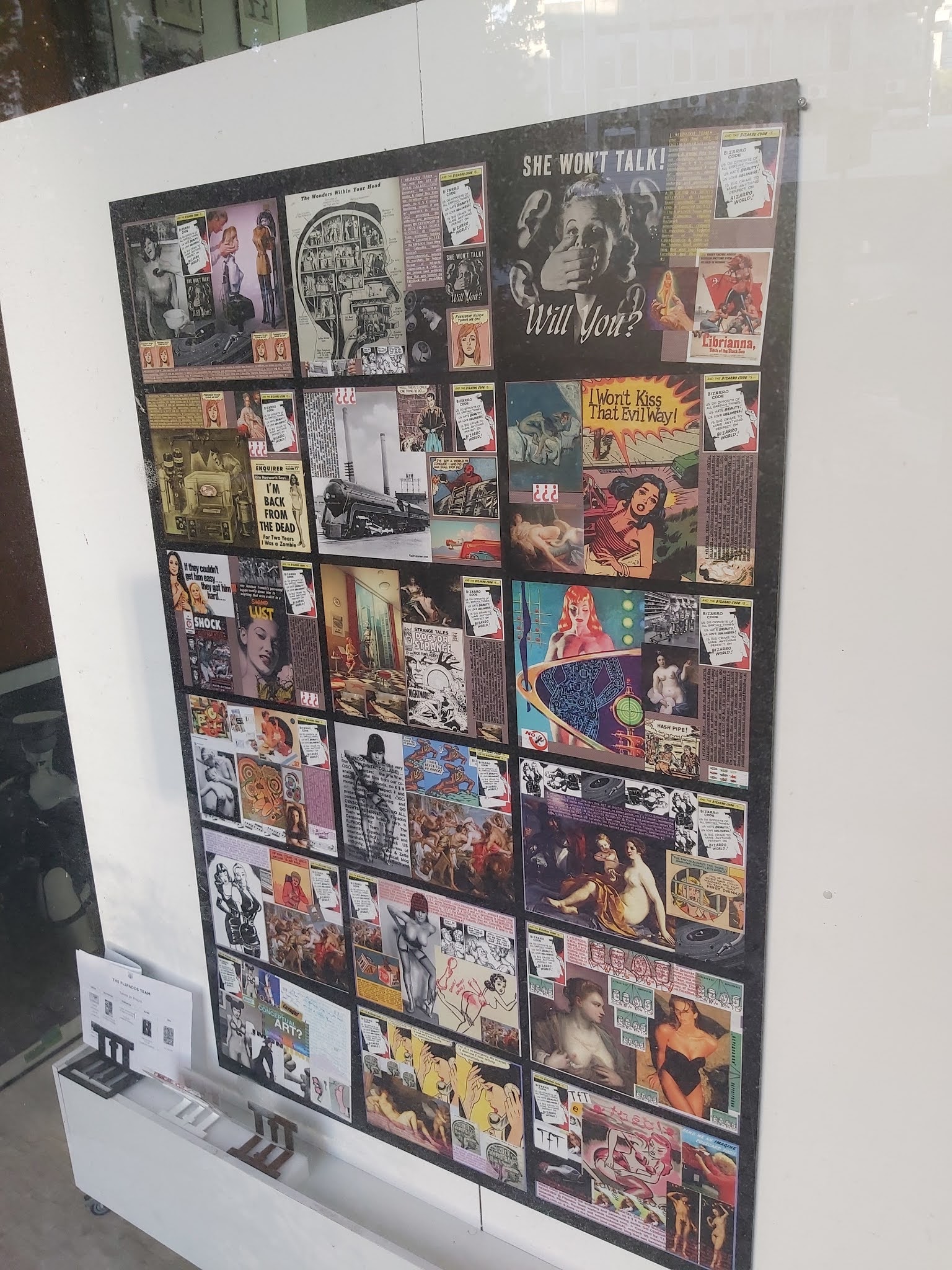 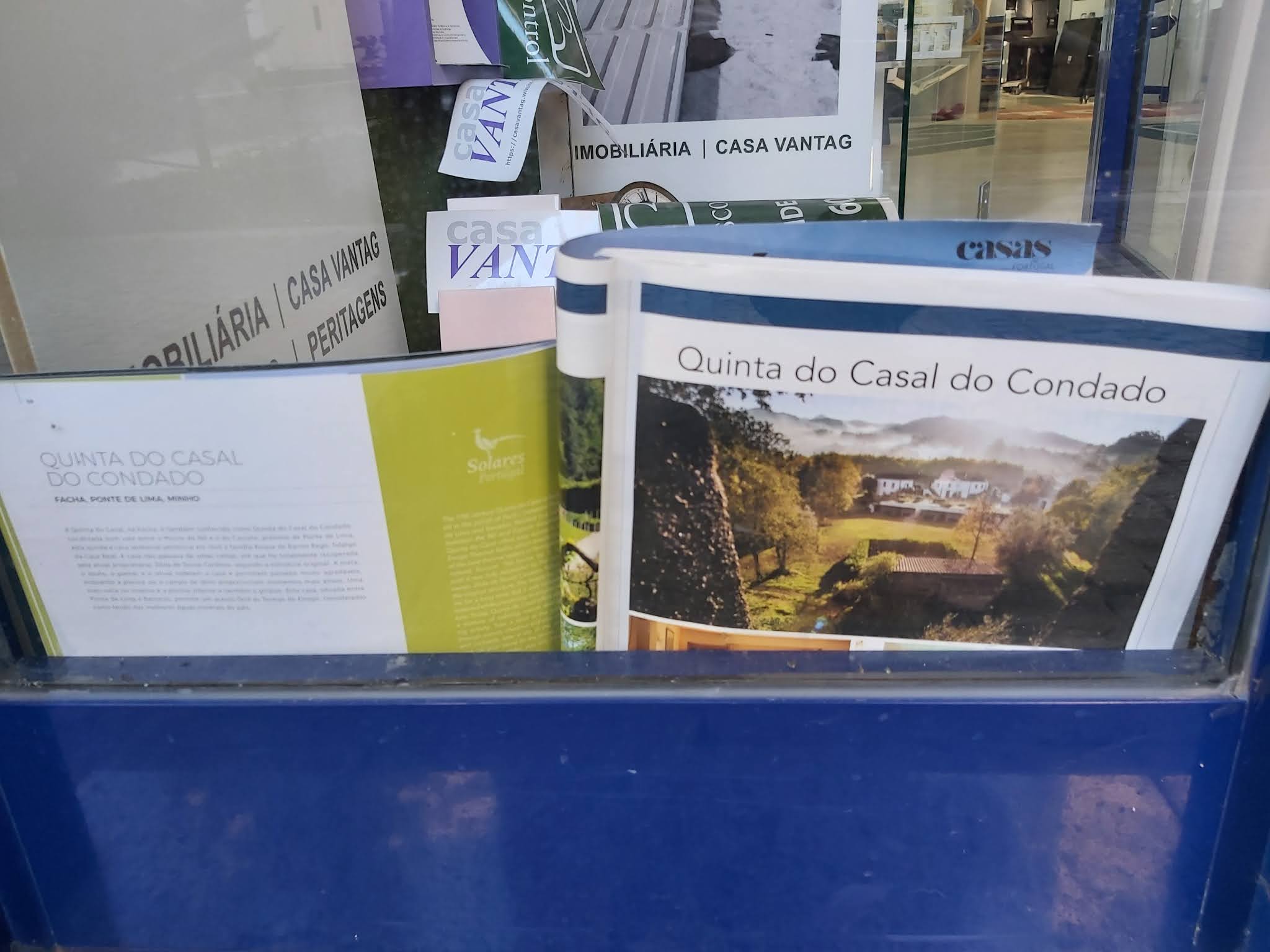 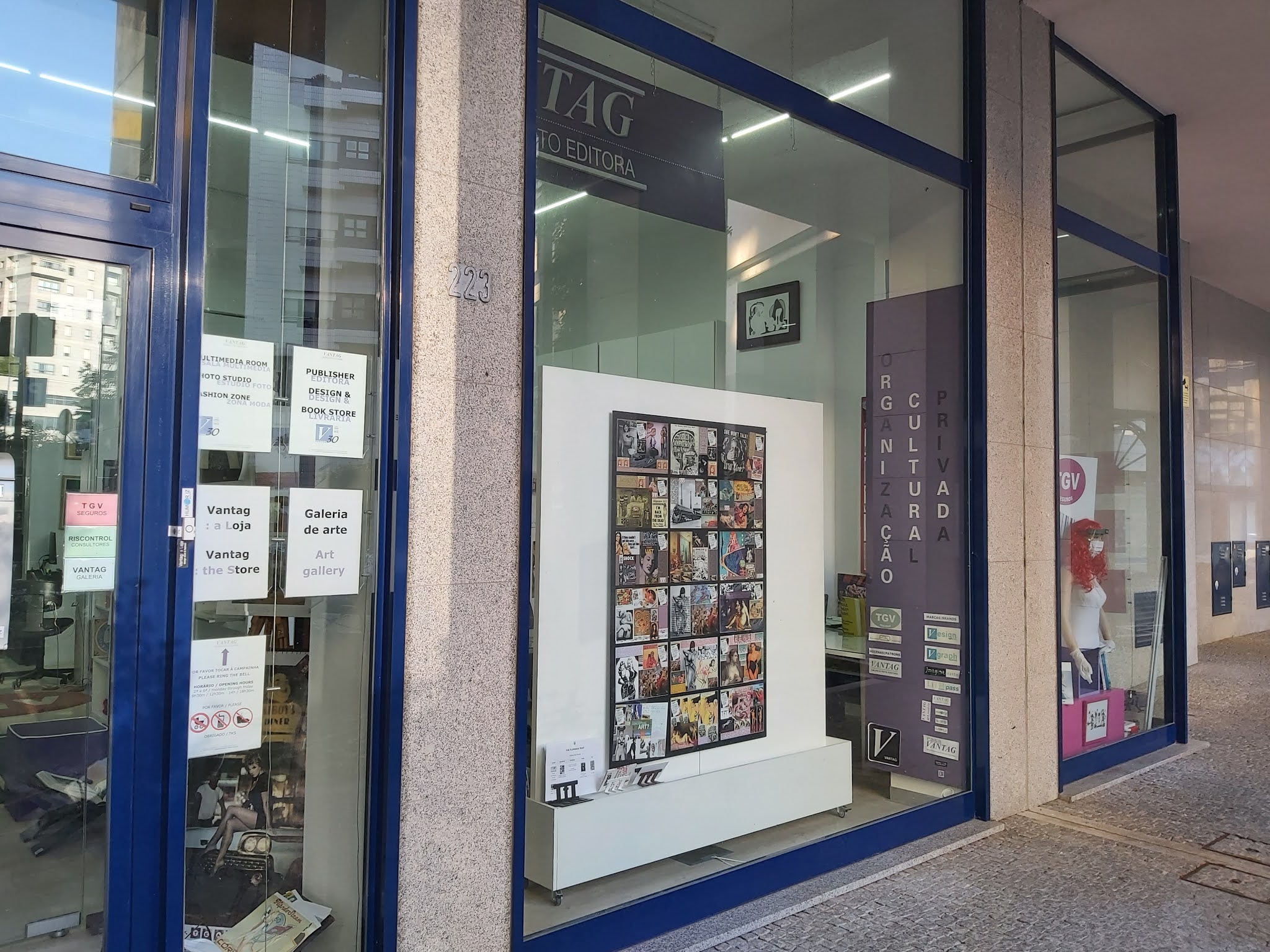 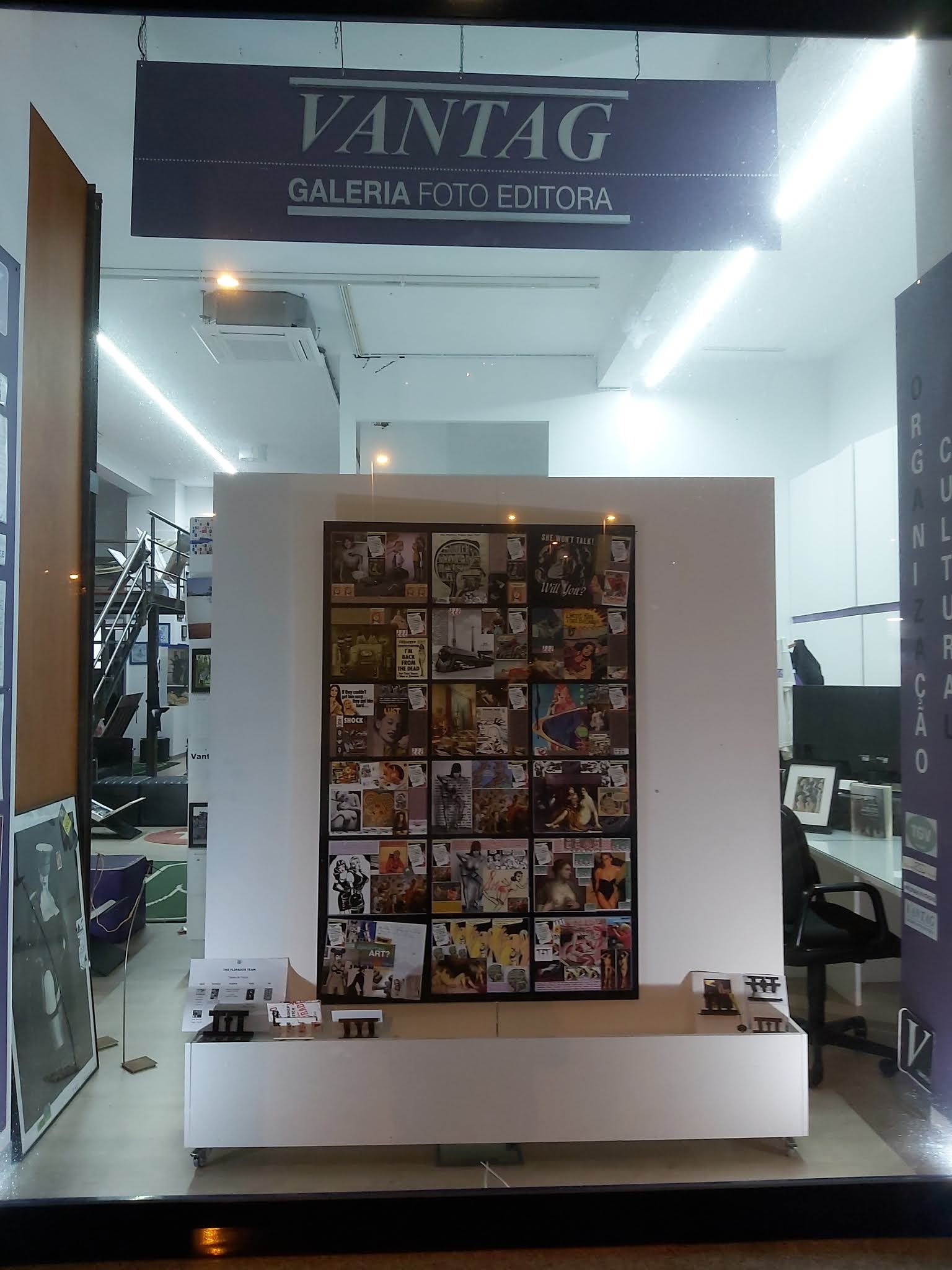 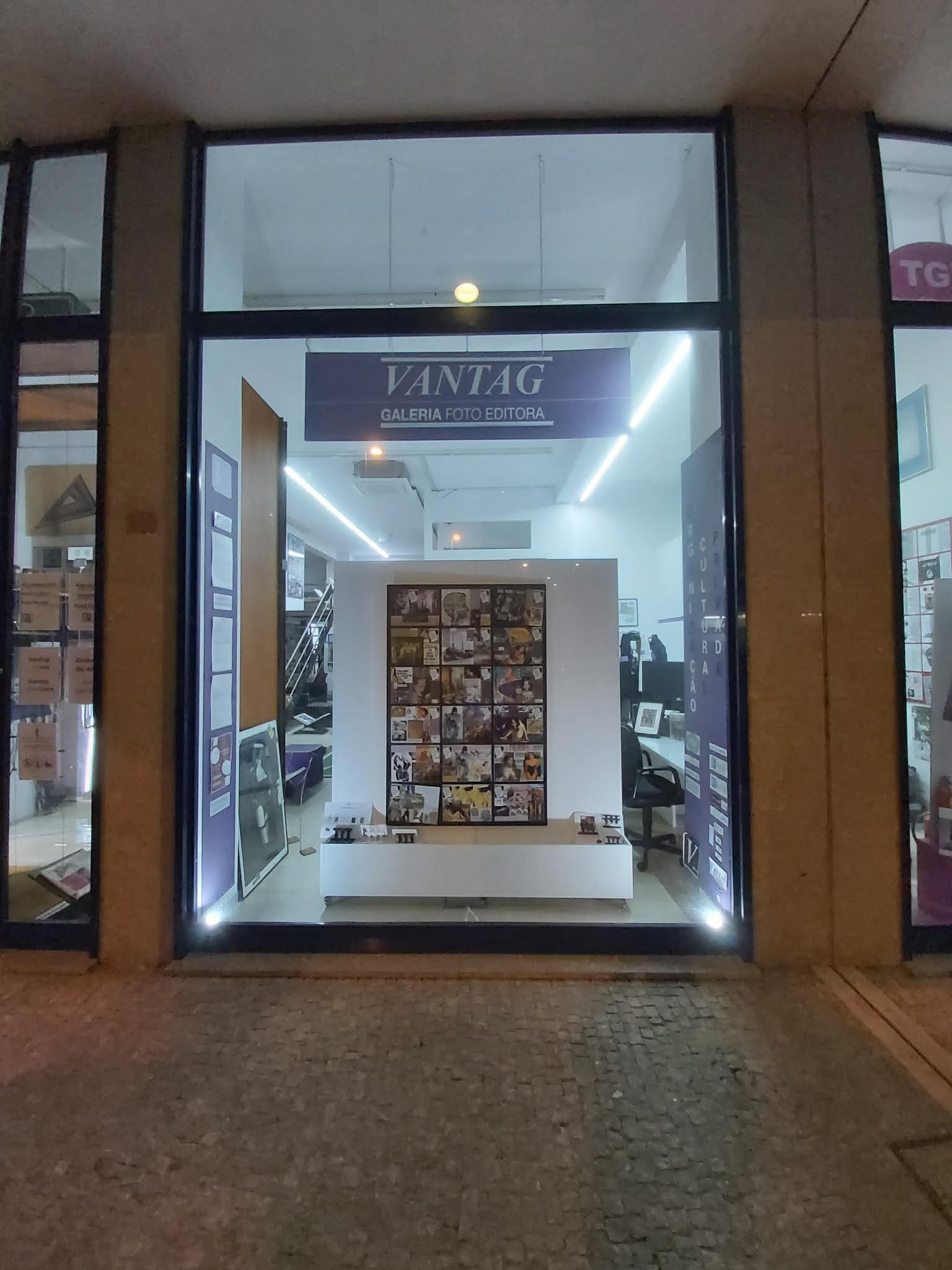 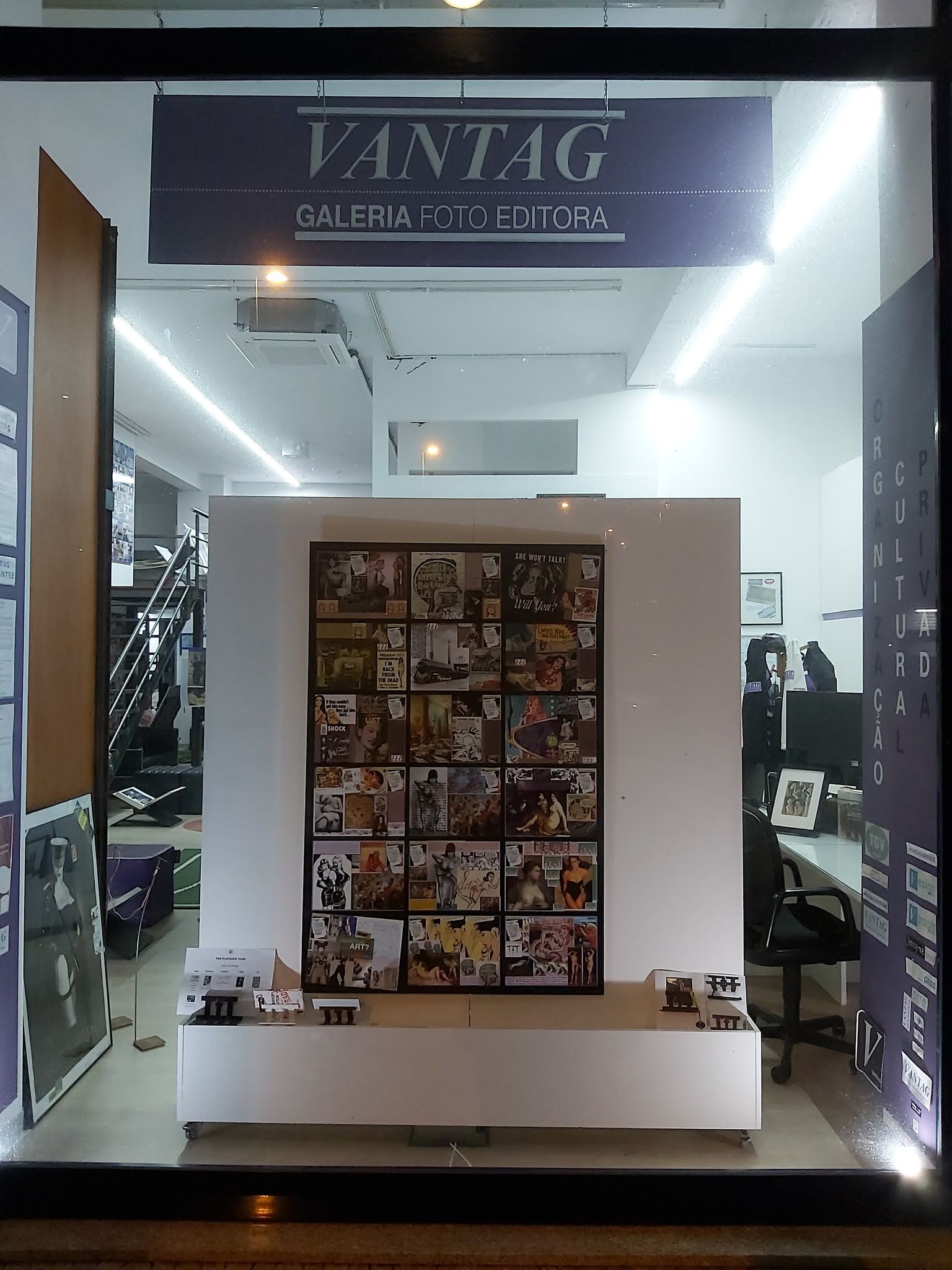 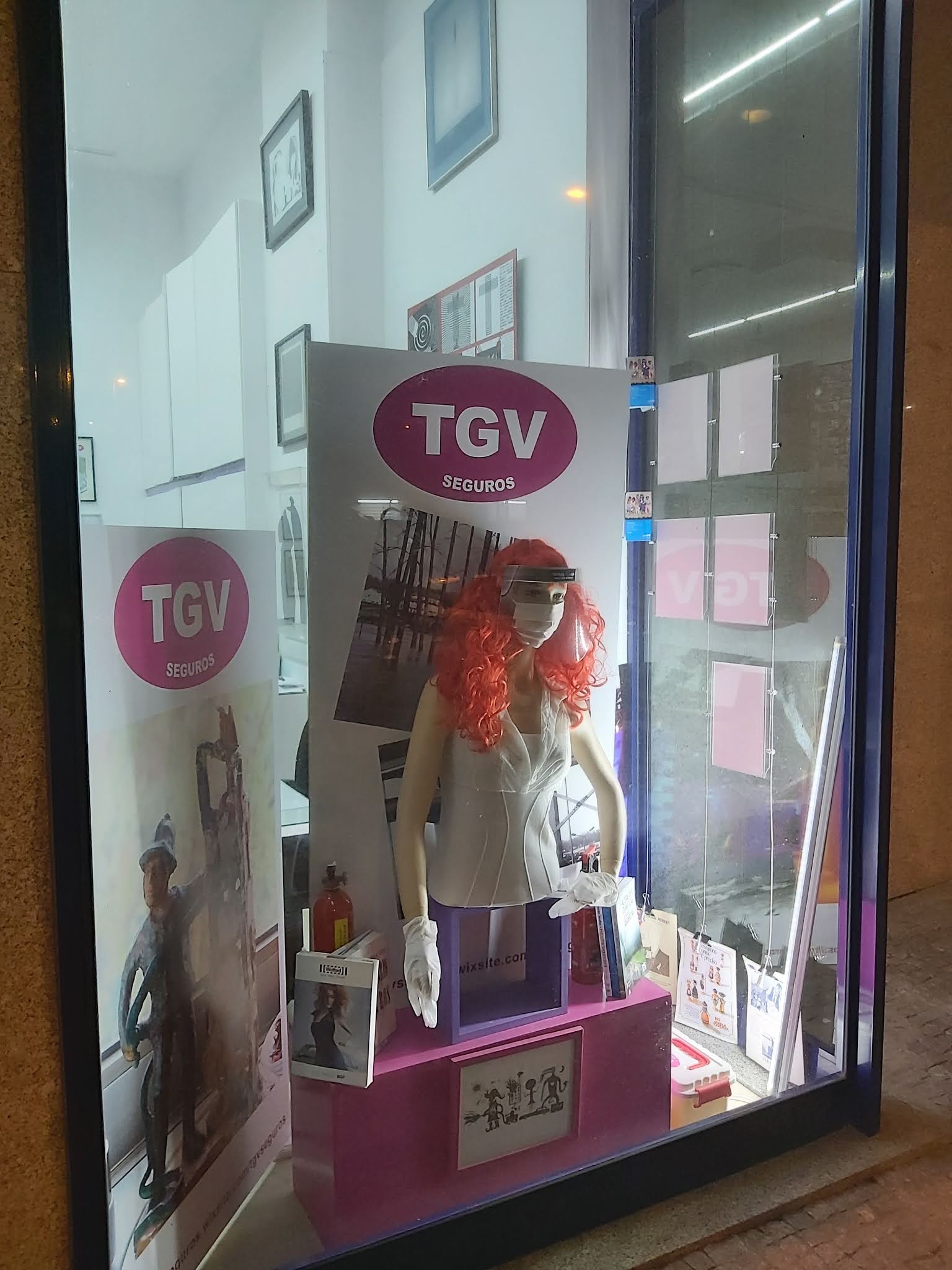 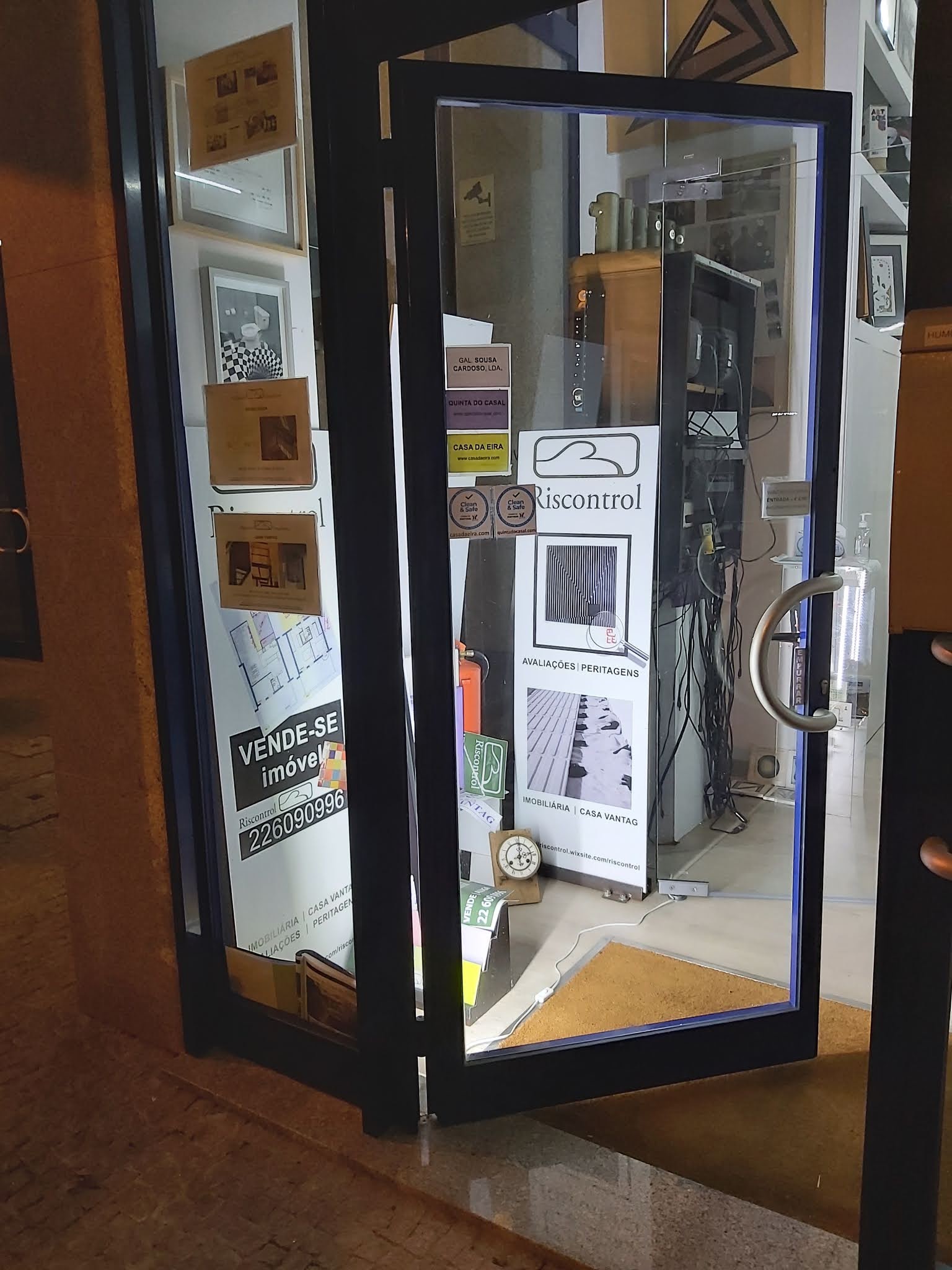 Whitest White Ever Made

A new super-white color of paint is so bright you might just need shades. Developed by scientists at Purdue University, the new whitest white acrylic paint reflects 95.5 percent of sunlight.

Engineer Xiulin Ruan designed the paint to keep buildings cooler and prevent machinery from overheating. Its makeup of calcium carbonate fillers gives it added reflectivity, which means it stays cooler than the ambient temperature, even when the sun is shining—something other heat-rejecting white paints have failed to achieve, according to findings published in the journal Cell Reports Physical Science.

Testing found that surfaces painted with the new white were up to 18 degrees cooler than the surrounding areas, opening up the possibility it could be used as an alternative to air conditioning.

“This paint may even be used to combat climate change since it rejects sunlight and radiates heat into space,” Ruan said in a statement.

The most obvious application is using it on rooftops. A coat of his super white on the roof of the average home could lower the electric bill by a dollar per day. And the paint stands to be quite affordable, as calcium carbonate is much cheaper than the titanium dioxide particles typically used in commercial paint. Recognizing that a white roof doesn’t necessarily match everyone’s aesthetic, Ruan hopes to use the same technology to make the paint in other shades, too. “The cooling won’t be as good as white paint, but we believe we can make it better than other colored paint,” he told Fast Company.

Meanwhile, the race to develop the world’s blackest black is ongoing and surprisingly contested. Artist Anish Kapoor has the exclusive license to use Vantablack, the carbon nanotube superblack invented in 2014 which absorbs 99.96 percent of light. In response, artist Stuart Semple developed his own line of superlative pigments and art supplies, including a superblack paint—and banned Kapoor from purchasing them. Now, ahead of the unveiling of the new white, Semple has released a beta version of his Whitest White in April, which purports to reflect 99.6 percent of light. The preemptive move was inspired by high-tech laboratories looking to replicate the whitest white in nature, which appears on the ultra-thin scales of the Cyphochilus beetle.

“We know the developers of these colors are focused on the most profitable commercial applications,” Semple told FAD Magazine. “I’m on a mission to make sure artists and creators get it first!” As the color wars continue, Kapoor plans to debut his first Vantablack sculptures at the Galléria dell’Accademia during the next Venice Biennale in 2022.

Scientists at MIT have since developed an even blacker substance that reflects 99.995 percent of all light. They debuted their discovery last fall at the New York Stock exchange via an artwork, The Redemption of Vanity by Diemut Strebe, an artist-in-residence at the MIT Center for Art, Science, and Technology, who used the material to make a diamond all but disappear.

USA Became a Country of A**holes

How America Became a Country Full of Assholes

As U.S. Marshal Raylan Givens (Timothy Olyphant) famously opined on Justified, “You run into an asshole in the morning, you ran into an asshole. You run into assholes all day, you’re the asshole.” Yet in a 2020 America on the precipice of a monumental presidential election, it seems that assholes are not only everywhere you turn—in newspapers, on cable TV, at political rallies and protests, and all over social media—but that they, and their behavior, has been normalized. It’s this “rising tide of assholery” that’s the focus of director John Walker’s Assholes: A Theory, which adapts philosophy professor Aaron James’ 2012 non-fiction book into a documentary aimed at both precisely defining the term “asshole,” and investigating how those who fit that bill have increasingly come to dominate key spheres of modern public life.

Donald Trump isn’t seen or mentioned once by name in Assholes: A Theory. Nonetheless, his specter looms large over Walker’s film (in theaters Oct. 30, and on VOD Nov. 6), whether during conversations about corrupt Italian Prime Minister Silvio Berlusconi—the forerunner of the media-manipulating populist-criminal-strongman trend that’s recently swept through Western nations—or passages discussing Facebook, Twitter and Google’s prioritization of profit over their responsibility to safeguard democracy from hate speech and disinformation. Without once bringing him up, Walker makes clear that Trump is the embodiment of this problem, given that his election to the highest office—and subsequent flouting of rules and standards of common decency—has made it appear acceptable, and in fact rewarding, to act in the worst possible manner as a means of achieving one’s selfish ends. He is, the film silently contends, the apex of American assholery.

To grasp that argument, one need only listen to Assholes: A Theory’s basic description of an asshole. As James states, “The asshole, as I define it, is the guy who allows himself special advantages in cooperative life out of an entrenched sense of entitlement that immunizes him against the complaints of other people.” In other words, he’s the individual—generally male, although as John Cleese candidly admits, his mother probably was one too—who thinks the general rules don’t apply to them because they’re somehow smarter, better, or more special than their fellow citizens. James’ example is a surfer who violates the right-of-way customs in the ocean. Yet the type is universal, whether in line at the grocery store, on the road in traffic, or at work. They’re the arrogant creeps convinced they’re fundamentally superior, and thus free to conduct themselves in whatever way they see fit.

The way they see fit, of course, is often hatefully, and after spending its early going delineating what it means by “asshole,” Assholes: A Theory dives into the many areas in which they thrive. That process begins with Sherry Lee Benson-Podolchuk, a former Royal Canadian Mounted Police officer who left her job after suffering harassment and discrimination from boorish male colleagues. When she subsequently wrote a book about her mistreatment (Women Not Wanted), she was further vilified by a police force that prized protecting its own—and upholding its ugly, sexist atmosphere—over doing the right thing. In the midst of ongoing protests and debate over America’s own domestic police culture, which has long had a tradition of closing ranks and demonizing critics, Benson-Podolchuk’s ordeal sounds eerily familiar.

Such attitudes, according to Assholes: A Theory, aren’t confined to law enforcement. Fraternities are breeding grounds for horrid group-think mindsets about women and sex. The financial sector encourages greed, ruthlessness, and vulgarity as the best way to get ahead. And the military champions initiation-ritual abuse in service of its own greater good. Using relevant clips from, respectively, Animal House, The Wolf of Wall Street and Full Metal Jacket, director Walker forwards the notion that these milieus are all rife with a similar brand of assholery in which arrogance and entitlement justify all manner of despicable ideas and deeds.

Assholes: A Theory suggests that real assholes probably don’t know they are one; central to this condition is the certainty that all bad behavior is actually OK. This is detectable in some of Walker’s interviews with young people, one of whom freely admits that he only pays attention to other social media users if there’s a personal benefit to connecting with them. That type of me-first worldview is crucial to Walker and James’ conception of their subject, and though some of the film’s tangents could use more fleshing out—like the notion that most NHL players are inherently assholes—its overarching classification of assholery feels spot-on. Moreover, while its form can be a bit staid and clunky (its animated interludes are unnecessary), it has a cheeky sense of humor, as when it compares asshole-rich America (where “exceptionalism” is ingrained from an early age) to asshole-light Canada (where folks tend to be more agreeable and accommodating).

…it has a cheeky sense of humor, as when it compares asshole-rich America (where “exceptionalism” is ingrained from an early age) to asshole-light Canada (where folks tend to be more agreeable and accommodating).

Assholes: A Theory’s most compelling—and enraging—segment concerns Silicon Valley, where Mark Zuckerberg and likeminded CEOs have bred a culture of trampling on competitors, laws, historical norms, and the bedrock tenets of democracy in pursuit of additional eyeballs, clicks, and revenue streams. In a place where young men team up in a desperate quest to develop the innovative next big thing that’ll turn them into tech moguls (a situation that one interviewee dubs “bro-gramming”), nothing matters but the self-centered end goal. And though Facebook, Twitter, Google and their ilk could alter this landscape by simply cracking down on the horridness that permeates their platforms, they choose not to because of the negative financial consequences.

What seems a jovial, tongue-in-cheek look at assholery, then, eventually morphs into a gravely depressing survey of a 21st century in thrall—in several crucial arenas—to humanity’s worst impulses. The fact that Donald Trump embodies every facet of Walker and James’ definition of an asshole only further transforms Assholes: A Theory into a disheartening look at America’s current predicament. Although in a roundabout way, that also makes it a powerful documentary about the vital need to get out and vote on November 3.