Small business advice: how do I start exporting?


You may have set your sights on expanding overseas, but is your business ready? Columnist James Caan shares his tips
Do you have a dilemma? Email smallbusinessnetwork@guardian.co.uk 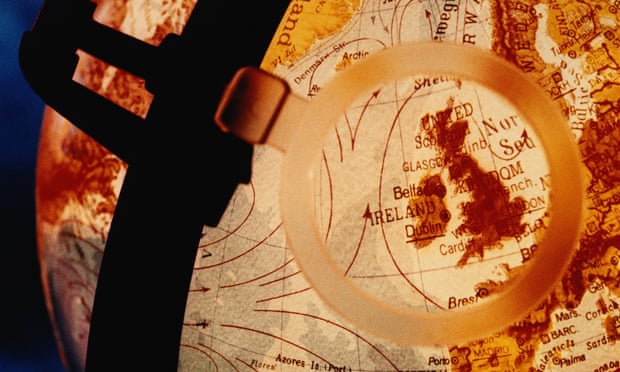 Investigate your competitors in new markets before looking beyond the UK. Photograph: Nick Dolding/Stone

Every fortnight a small business owner asks James Caan for advice. This week, a reader asks: How do I decide which country to export my products to? Where do I start?

Exporting is a huge step to take in business and, like all aspects of your startup journey, requires significant research and dedication.
Expanding your service or product overseas can take your business to another level. If you’re successful, it can transform it. However, if you’re not, the repercussions could be fatal.
Before you start thinking about the logistics, how and where you’re going to export, you need to make sure you are export ready. To do this, there are a few things to consider.

Sign up for free to gain access to best practice resources, expert advice, live Q&As and entrepreneur blogs.
Click here
First and foremost, you need to have UK success. There’s no point going after other markets if you haven’t established yourself at home first. Think about it logically, if you’re not succeeding in the UK, where you are likely to be familiar with trends, cultures and policies, then trying to expand internationally could prove difficult. It’s unlikely you will crack a market on the other side of the world if you can’t sell your product or service on your doorstep, so spend time developing your brand so you’re recognised in the market for all the good reasons.
Second, investigate your competitors, see if they are exporting and whether there is actually a demand for your business abroad. You wouldn’t want to waste your hard work and money exporting only to find the market isn’t there. If your research proves an expansion could be successful, you will need to run a thorough analysis on potential new local competitors and whether your business has the financial resources to take on a surge in market development. Exporting means your marketing, HR and financial commitments will double, so you need to prepare yourself.
It is crucial to bear in mind the potential barriers you will face when exporting. You need to understand the differing government policies, customer behaviours, culture, customs, and currency exchanges on profit in the area. Local knowledge will be invaluable when launching your products internationally – I have wasted a lot of time and money expanding into countries where I had little prior knowledge.

Think about hiring a local partner and start building connections with people who have real experience, who can add value and guide you in the right direction.
They are likely to have established connections in the industry who have the potential to be future customers. Remember that business is about people and I cannot express just how important relationship management is for your future success.
Exporting is a very expensive process, so to cut down costs think about whether you actually need to have a permanent presence in your chosen area. You may not necessarily need an office when you’re starting out so think about a virtual office. This can give you an address and phone number without the maintenance costs that come with a physical office.
If after considering all of the above you’re still looking to export, I suggest speaking to the team at UKTI. They can give you invaluable advice and get you on the right track.
Expanding overseas can be a game changer but make sure you don’t rush, and spend time researching your new marketplace and customers. Good luck!
Sign up to become a member of the Guardian Small Business Network here for more advice, insight and best practice direct to your inbox.

WASHINGTON — The Obama administration is locked in a sharp new debate over whether to deploy American military forces to establish no-fly zones and safe havens in Syria to protect civilians caught in its grinding civil war.

The White House remains deeply skeptical about the idea, but the growing refugee crisis in Europe and Russia’s military intervention in Syria have increased pressure on President Obama to take more forceful action. Secretary of State John Kerry and others renewed their push at a tense White House meeting on Monday to use air power to shield Syrians from the fighting, officials said.

Nonetheless, the fact that the administration is even revisiting an idea it has previously rejected — just weeks after Mr. Obama publicly dismissed it again — underscored the urgency of the crisis as tens of thousands of Syrians flood Europe to escape the war zone and Russian airstrikes fuel the multisided conflict. It also suggested a frustration on the part of policy makers seeking a strategy that can succeed.
Among the options discussed on Monday were establishing safe zones for civilians on Syria’s borders with Turkey and Jordan. Officials presented different variants, including some that had safe zones exclusively for humanitarian relief and more ambitious versions that would provide sanctuary for Syrian opposition forces allied with Americans.

The Life of Passion

David Brooks
Earlier this week I watched some young musicians perform Lady Gaga songs in front of Lady Gaga. As India Carney’s voice rose and swooped during the incredible anthemic versions of her dance hits, Gaga sat enraptured. Her eyes moistened. Occasionally her arms would fling up in amazement. Finally, she just stood up and cheered.
It was at a dinner hosted by Americans for the Arts, a leading nonprofit organization promoting the arts and arts education. Gaga received an award, along with Sophia Loren, Herbie Hancock and others. Her acceptance speech was as dramatic as the music. Tears flowing, she said that this blessing of respectability was “the best thing that’s ever happened to me.” And she remembered her childhood dreams this way: “I suppose that I didn’t know what I would become, but I always wanted to be extremely brave and I wanted to be a constant reminder to the universe of what passion looks like. What it sounds like. What it feels like.”
That passage stuck in the head and got me thinking. When we talk about living with passion, which is sort of a cliché, what exactly do we mean?

I suppose that people who live with passion start out with an especially intense desire to complete themselves. We are the only animals who are naturally unfinished. We have to bring ourselves to fulfillment, to integration and to coherence.


Some people are seized by this task with a fierce longing. Maybe they are propelled by wounds that need urgent healing or by a fear of loneliness or fragmentation. Maybe they are driven by some glorious fantasy to make a mark on the world. But they often have a fervent curiosity about their inner natures and an unquenchable thirst to find some activity that they can pursue wholeheartedly, without reservation.
They construct themselves inwardly by expressing themselves outwardly. Members of the clergy sometimes say they convert themselves from the pulpit. By speaking out their faith, they make themselves faithful. People who live with passion do that. By teaching or singing or writing or nursing or parenting they bring coherence to the scattered impulses we are all born with inside. By doing some outward activity they understand and define themselves. A life of passion happens when an emotional nature meets a consuming vocation.


Another trait that marks them is that they have high levels of both vulnerability and courage. As Martha Nussbaum wrote in her great book “Upheavals of Thought,” to be emotional is to attach yourself to something you value supremely but don’t fully control. To be passionate is to put yourself in danger.
Living with this danger requires a courage that takes two forms. First, people with passion have the courage to dig down and play with their issues. We all have certain core concerns and tender spots that preoccupy us through life. Writers and artists may change styles over the course of their careers, but most of them are turning over the same few preoccupations in different ways. For Lady Gaga fame and body issues predominate — images of mutilation recur throughout her videos. She is always being hurt or thrown off balconies.

Passionate people often discover themselves through play. Whether scientists, entrepreneurs, cooks or artists, they explore their issues the way children explore the possibilities of Play-Doh. They use imagination to open up possibilities and understand their emotional histories. They delight in new ways to express themselves, expand their personalities and move toward their goals. Gaga, to continue with today’s example, has always had a sense of humor about her projects, about the things that frighten and delight her.

Second, people with passion have the courage to be themselves with abandon. We all care what others think about us. People with passion are just less willing to be ruled by the tyranny of public opinion.
As the saying goes, they somehow get on the other side of fear. They get beyond that fog that is scary to approach. Once through it they have more freedom to navigate. They opt out of things that are repetitive, routine and deadening. There’s even sometimes a certain recklessness there, a willingness to throw their imperfect selves out into public view while not really thinking beforehand how people might react. Gaga is nothing if not permanently out there; the rare celebrity who is willing to portray herself as a monster, a witch or disturbing cyborg — someone prone to inflicting pain.
Lady Gaga is her own unique creature, whom no one could copy. But she is indisputably a person who lives an amplified life, who throws her contradictions out there, who makes herself a work of art. People like that confront the rest of us with the question a friend of mine perpetually asks: Who would you be and what would you do if you weren’t afraid?