MIAMI — To escape the crush of the Art Basel art fair, which ended Sunday, and visit Martin Z. Margulies at his voluminous warehouse and exhibition space for art in the Wynwood Arts District is to realize that this collector was there before it all began. Before his Twomblys were trading for more than $70 million at auction. Before the Arte Povera pieces he started buying years ago became chic. Before the market got red-hot and art became an asset class.
If Mr. Margulies were to sell some of the approximately 4,000 pieces he has amassed over more than 30 years of collecting — by de Kooning, Eliasson, Flavin, Noguchi, Segal, Serra — he might be a richer man than he has already become as a real estate developer. But he has no intention of doing that.
This is a guy who remembers exactly where, when and why he got every piece he owns — from the 1939 Miró constellation he bought from Marcel Duchamp’s widow in 1980 to the granite blocks by Giovanni Anselmo that he bought in October for his Key Biscayne, Fla., apartment at a London auction.
“I’m so excited about it,” Mr. Margulies said of the Anselmo. “People — if they see six rocks hanging on my wall, they’re going to say, ‘The guy’s nuts.’”
Mr. Margulies is one of several private collectors who dominate Miami’s art scene; the others include Norman Braman, Rosa and Carlos de la Cruz, Donald and Mera Rubell and Ella Fontanals-Cisneros.
He routinely rejects offers for his widely coveted holdings (like one of Lichtenstein’s four Picasso parodies) that others would find too good to refuse.
It’s not hard to see why it would be hard to be married to Mr. Margulies: He has been divorced twice. It’s clear that this man’s priority is buying and looking at the art he loves.
“He lives and breathes art,” said David Leiber, a director at the David Zwirner Gallery, who has known Mr. Margulies for 25 years. “From Pop through to the present, he’s put together a kind of unrivaled collection.”
Mr. Margulies, who refuses to give his age, can also be by his own description “not easy to be around.”
Advertisement
Continue reading the main story
He has been openly critical of the Pérez Art Museum Miami, for receiving millions in tax dollars rather than relying solely on private contributors.
“Marty’s never been given an award for diplomacy,” said Mr. Braman, the billionaire auto dealer and founder of the Institute of Contemporary Art. “He calls it the way he sees it.”
Despite consistently being named one of the top 200 collectors in the world by ARTnews, Mr. Margulies is “under the radar,” said the dealer Tanya Bonakdar. Unshaven in casual pants and a long-sleeved collarless shirt, with a New York accent and a forthright warmth, he defies the image of a cultivated connoisseur.
And given that he rarely parts with any of his artwork, Mr. Margulies seems like something of a dinosaur — the kind of collector drowned out by an increasingly transactional marketplace for which he has palpable disdain.
“I think it’s absurd,” he said. “It benefited me financially, but I don’t sell.”

“A lot of those hedge fund guys have art advisers who say, ‘Buy this for $30 million,’ and they say ‘Sure, I make that in four hours,’” he added. “I just don’t relate to that stuff. If they want to talk business, let them talk business with somebody else.”
This is a bit of a crossroads for the collector. He has mounted the most ambitious show of his career on Anselm Kiefer, currently on view until the collection closes for the season in April; he has decided to retire from real estate — “It’s repetitive” — and he is constructing a new building for his longtime cause, a shelter for women and children.
Mr. Margulies said that the proceeds from admission to the collection ($10; free for Florida students) and tours ($25 per person, usually led by his collection’s longtime curator, Katherine Hinds) go to the shelter, Lotus House, which is run by Constance Collins, his ex-wife (whom Mr. Margulies describes as his “best friend”). Women from the shelter work as guards at the warehouse.
Thelma Golden, director of the Studio Museum in Harlem, who stopped by the collection during Art Basel, said she makes a point of visiting every time she’s in town and appreciates the way Mr. Margulies “opens it to the public.”
Mr. Margulies grew up in New York, the son of grocers in Harlem. He got the collecting bug after attending an auction. “Things seemed to fall into place,” he said. “I didn’t have a lot of money, but a lot of the works weren’t a lot of money.”
“Friends said, ‘What are you doing?’” he added. “‘Why are you putting money into this stuff?’”
He moved to Miami in the early 1960s and opened his space, called the Margulies Collection at the Warehouse, in 1999, expanding it twice to the current 45,000-square-foot location on NW 27th Street.
The warehouse is run as a nonprofit institution — with educational programs, exhibitions and loans — that is funded by the Martin Z. Margulies Foundation. Most of the warehouse’s artworks are owned by the foundation, which has tax-exempt status.
Mr. Margulies maintains a TriBeCa apartment in Manhattan, where he has developed close relationships with a number of dealers, like Ms. Bonakdar, from whom he bought the Susan Philipsz sound installation now showing at his warehouse.
He loans his work for shows (one of his Stellas is in the artist’s current Whitney retrospective). And while he goes to auctions because “they tell me what I can afford,” Mr. Margulies said his budget is usually in the $200,000 range per piece and he can spend no more than $3 million on a single work, which is low for prime lots these days.
The collection’s main audience is the high school and college kids who regularly fill the warehouse, Mr. Margulies said. And while he has bequested money — $5 million to the Whitney, $5 million to the Met — he doesn’t plan to have his art given to museums after he’s gone. “I don’t want to see my work in storage, brought out every 10 years,” he said.
Instead, he will sell his collection to help provide for his four grown children and to benefit the underprivileged. “A lot of people like to see their names on buildings,” he said. “I don’t care. We’re so insignificant in many ways.”
“What would I do with $50 million? Buy more art,” he continued. “But the problem is, you can’t replace what I have sold.”
Posted by Cabecilha at 7:49:00 PM No comments:

... The Story Behind Brooke 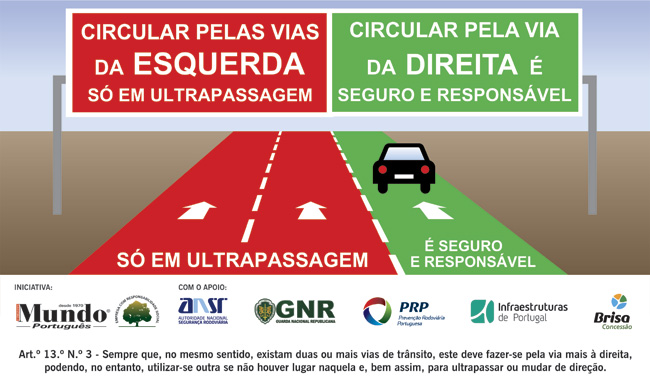