In the 1960s, the scooter became as much a fashion statement as humble transport. Vespa and Lambretta were the Coco-cola and Pepsi of the Mediterranean and you couldn’t be a fan of both. They had their own magazines, clubs and mod gangs across the continent. Then there was the Moto Guzzi and the futurist Maico Mobil, all of them competing for business in Italy’s post-WWII auto industry boom. Like all things vintage, I have a thing for scooters that look like they were just discovered in an old garage somewhere in Tuscany. Lucky for me, an Austrian collector is about to sell off his incredible collection of vintage scooters at auction. “Decades of scooter history will unwind before our very eyes,” says an auction house representative at the Dorotheum in Austria. The auction kicks off this Friday, April 6th, and starting bids are very tempting, ranging from 50 to 500 Euros. Bidders will be able to snatch up everything from a baby blue Labretta, to the very first Innocenti scooter! Rev your engines folks, Nessy needs a new scooter. Toot toot!

The End Is Here!

The great artists see it coming.
Back in their native Soviet Union, in the 1960s, collaborative artists Alexander Melamid and Vitaly Komar fashioned a body of work that deployed socialist realist tropes in comically magic realist and even downright Warholian terms, anticipating, by a good half century, this year’s film“Death of Stalin” (and for that matter the persistence of Putin). Following their arrival in America in 1978, they continued in much the same vein, though they broke up as a collaborative almost 15 years ago.
In February 2016, Melamid, for his part, flush off the success of his great urinal show (an extended revisioning of Duchamp’s epochal Fountain, on its 100th anniversary), decided to honor the 150thanniversary of Courbet’s scandalous Origin of the World (L’origine du Monde) with his own End of the World (Le But du Monde), a quite shocking portrayal of some guy’s (actually his own) naked rear end, cheeks spread, anus exposed and rampant. Talk about dialectical materialism: if his two ass-cheeks represented thesis and antithesis, where did that put the rest of us, his painting’s viewers? With this work, he anticipated, well, everything that was to follow through the rest of that year and, frankly, up till the present.

From April fifth to April twenty-eighth, Melamid’s will be the centerpiece, as it were, of an entire show given over to the theme of Assholes, with contributions from several dozen other artists, at the Plato’s Cave (!) exhibition space of EIDEA House in Brooklyn.
St Benedict might well have approved—or anyway understood.  Benedict, the founder of the Benedictine Order in the sixth century AD, taught that the foremost virtue of the righteous monk was “discretion.”  Over the years, interpreters have differed over what exactly the good saint meant or was getting at, but some have cited the origin of the word, which is to say, dis-escretio, to infer that he might have been heralding the ability to know the difference between food and shit and to understand that each has its place (shit being good for fertilizer, say, but not for eating). Discretion being, therefore, precisely the virtue our civic culture stands most in need of during this Age of Trump.
So, what better time than these, our very own End Times, to make our way over to the show?  And if it gets to be too much, we can always remember the old saw: What did the one butt-cheek say to the other?  If we can just stick together, maybe we can put a stop to all this shit!

The “Assholes” exhibit will be on display at Plato’s Cave in Brooklyn from April 5th to April 28th, 2018.
Lawrence Weschler, Director Emeritus of the New York Institute for the Humanities at NYU, is the author, most recently, of Uncanny Valley: Adventures in the Narrative.
Posted by Cabecilha at 7:16:00 PM No comments: 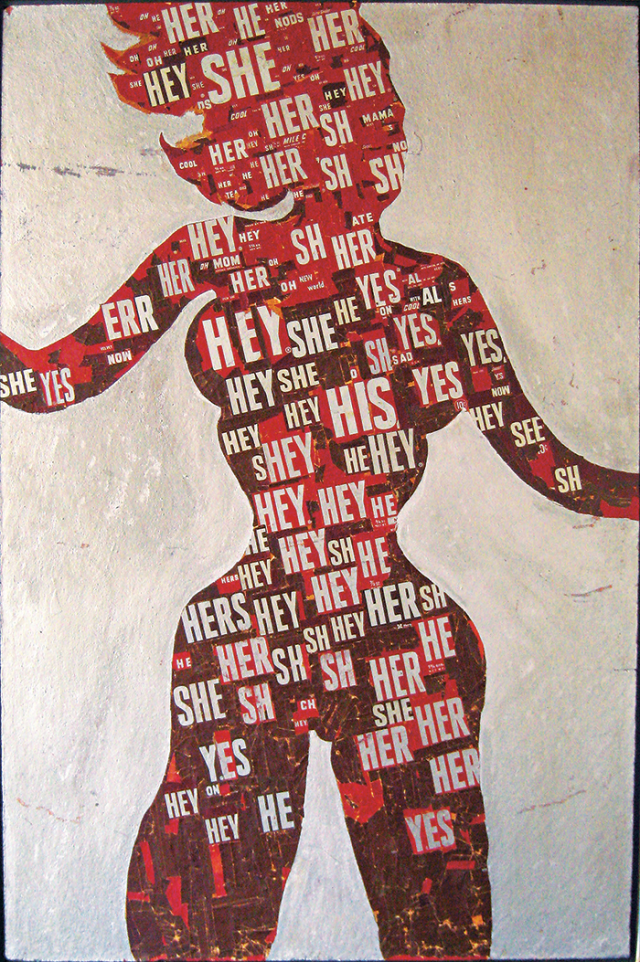 The modern history of the cut-up -begins with the advertising age and the Victorian craze for scrapbooks. Later, with Cubism, Dada, and Surrealism, collage became a form of modernist protest against bourgeois good taste. (Clement Greenberg called it “the pasted--paper revolution.”) Now collage and its close cousins—bricolage, décollage, and assemblage, all methods of crafting new work from old materials—are such familiar gestures that we may overlook the genre altogether. And yet collage has an aesthetic tradition all its own, one that honors materials and materiality, foregrounds handiwork, and exalts intimacy and whimsy while reclaiming the scraps of everyday life, whether these are candy-bar wrappers or postcards, matchstick boxes or newspaper ads.
“The notion of taking the vulgar bits and putting them in the context of a painting or a drawing, and calling it high art—that was certainly a revolutionary gesture at one time,” says Pavel Zoubok, a New York City gallerist devoted exclusively to collage and the curator of this portfolio. “I don’t know how much you can really violate anything anymore—people will alwaysbe cutting the heads off pictures of political figures and gluing them onto something else. But there is a whole new generation of artists embracing the medium and a whole new affection for collage,” he says. “People are naturally drawn to the tradition because it encompasses the things we know, the things we live with, and it embraces them out of a preservationist impulse—to save something that otherwise would be thrown away.” Collage is a cultural tool always near at hand: “It’s a more democratic medium—in theory we can all make a collage,” Zoubok says, careful to add, of course, that “collage is easier said than done.”
The following images cover much of the past century and reveal a family history of the genre, from the Dadaist fragments of Hannah Höch to the layered Pop of Joe Brainard, the arcane virtuoso Ray Johnson to the wunderkammer craftsman Joseph Cornell. Collages charged by jarring contrasts appear alongside painstaking pictorial compositions, some of which approach trompe l’oeil; two-dimensional tableaux are placed next to three-dimensional assemblage objects; the engaged beside the apolitical, and the elegant beside the rough—often within a single, eclectic work. 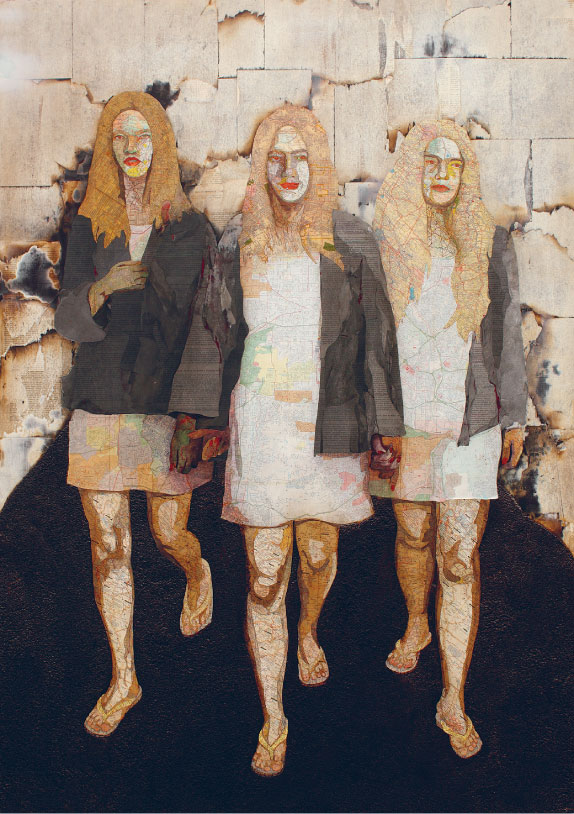 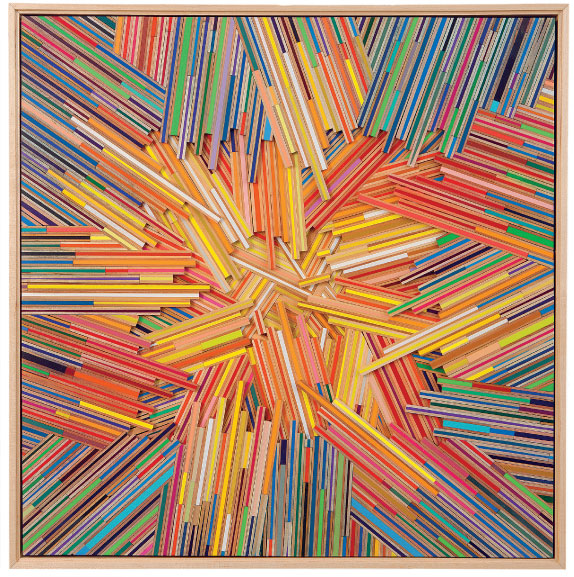 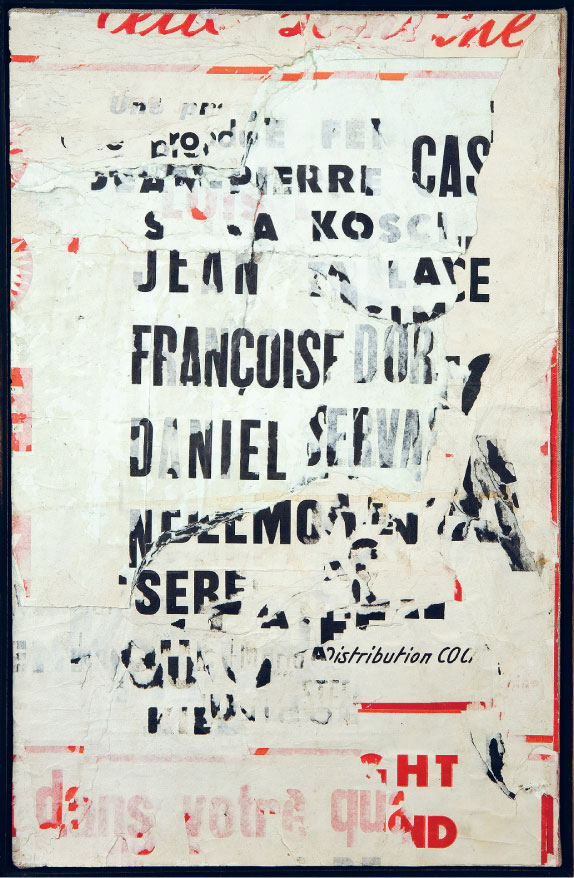 THE WRITER’S CHAPBOOK: A COMPENDIUM OF FACT, OPINION, WIT, AND ADVICE FROM “THE PARIS REVIEW” INTERVIEWS

We’re happy to announce the second volume from Paris Review Editions: The Writer’s Chapbook: A Compendium of Fact, Opinion, Wit, and Advice from “The Paris Review” Interviews.In 1989, George Plimpton compiled a survey of writers on writing—anecdotes, aphorisms, and excerpts culled from the Writers at Work interviews. Our new, updated edition brings together almost four hundred writers, editors, and translators from issue no. 1 to issue no. 224 to provide a rare glimpse of what being a writer is really like. Divided into four parts—“The Writer: A Profile,” “Technical Matters,” “Different Forms,” and “The Writer’s Life”—the book dilates on subjects such as first efforts, work habits, plot, writer’s block, prizes, and politics. Here are Gabriel García Márquez, E. M. Forster, Toni Morrison, Henry Green, Elena Ferrante, Arthur Miller, William Gibson, John Berryman, and many more discussing the nitty-gritty of the craft of writing.Printed on acid-free paper, in a limited edition, The Writer’s Chapbook is available exclusively from The Paris Review, with all proceeds going to support the magazine.
SHARE  TWEET 0  PIN IT 4  FANCY  +1

‘WOMEN AT WORK, INTERVIEWS FROM THE PARIS REVIEW,’ WITH A PREFACE BY OTTESSA MOSHFEGH
$20.00
SOLD OUT

THE UNPROFESSIONALS: NEW AMERICAN WRITING FROM THE PARIS REVIEW
$16.00

OBJECT LESSONS: “THE PARIS REVIEW” PRESENTS THE ART OF THE SHORT STORY
$16.00
Posted by Cabecilha at 7:11:00 PM No comments:

Pénélope Bagieu is a French illustrator and cartoonist. Her most recent book, Brazen, is out now from First Second.