face tragedy with humour and flexibility 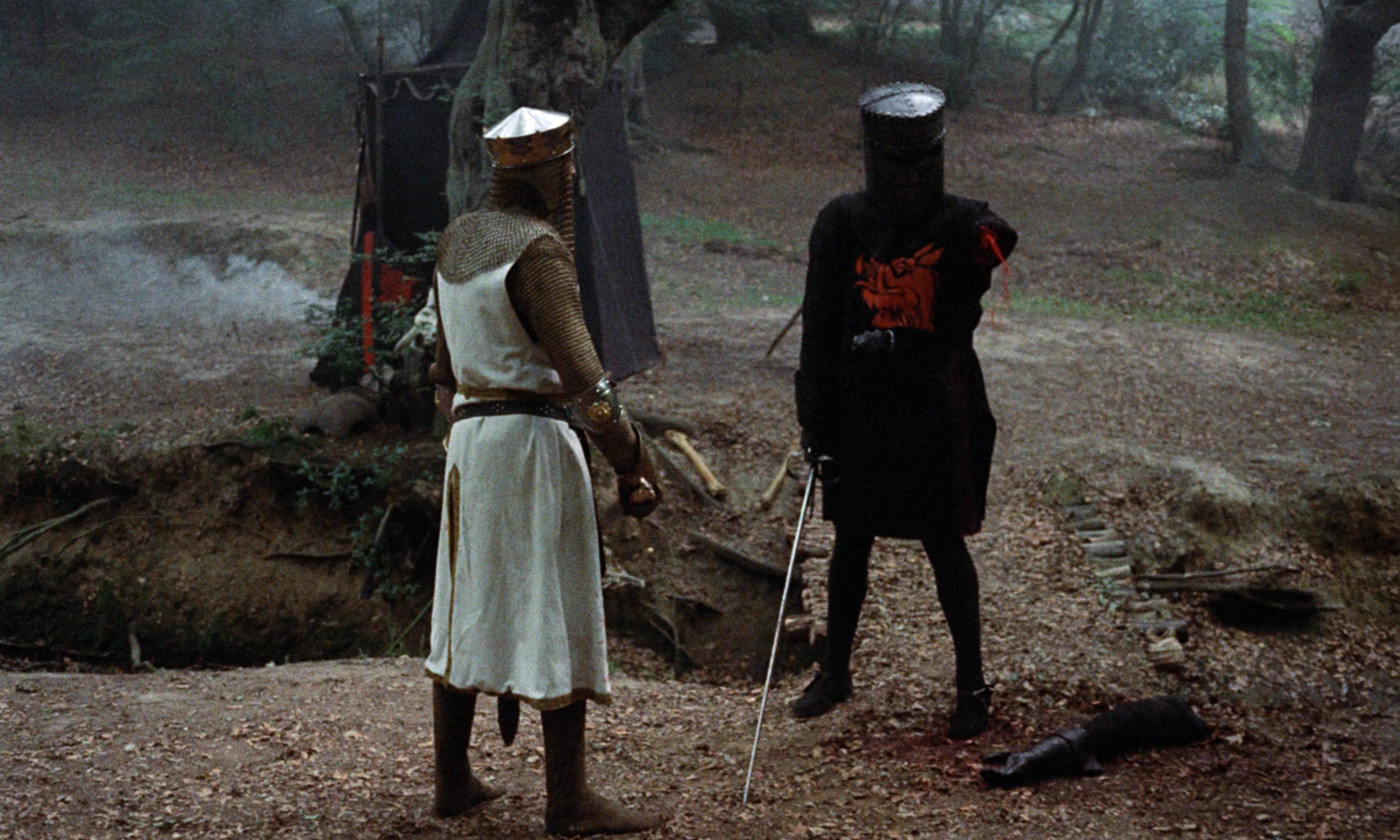 ‘’Tis but a scratch!’ From Monty Python and the Holy Grail. Courtesy EMI Films
People who are resilient tend to be flexible – flexible in the way that they think about challenges, and flexible in the way that they react emotionally to stress. They are not wedded to a specific style of coping. Instead, they shift from one coping strategy to another depending upon the circumstances. Many are able to accept what they cannot change; to learn from failure; to use emotions such as grief and anger to fuel compassion and courage; and to search for opportunity and meaning in adversity.
As the American entrepreneur and motivational speaker Pete Koerner observes: ‘Life=change. If you’re changing anyway, why not change for the better? Better or worse are your only choices; you can’t stay where you are forever.’
As a young man, Jerry White was a Judaic Studies major at Brown University in Rhode Island. He had a particular interest in the teachings of Jesus Christ, so in 1984 during his junior year he chose to study in Israel. He was hiking with two friends in the Golan Heights when an explosion knocked him off his feet. Blood poured from his leg, the skin was shredded and charred, and splinters of bone were covered with dirt and blood. ‘Where’s my foot?’ he screamed. As he lay injured, his friends removed their own shirts, wrapped one over Jerry’s stump, and tied a makeshift tourniquet around the injured leg. Ultimately, an Israeli man from a nearby kibbutz came to their aid.
White went on to co-found the International Landmine Survivors Network (since renamed Survivor Corps). Thirteen years after he lost his foot in Israel, he was among a coalition of activists awarded the Nobel Peace Prize in honour of their work on the international campaign to ban landmines.
How did White progress from victim to ‘super-survivor’? He answers these questions in five steps in his book, I Will Not Be Broken (2008): 1) face facts: accept what has happened; 2) choose life: live for the future, not in the past; 3) reach out: connect with other survivors; 4) get moving: set goals and take action; and 5) give back: service and acts of kindness empower the survivor to be an asset rather than a victim.
White’s story is an example of what numerous researchers have found. As Donald Campbell, professor emeritus at the US Military Academy at West Point, and colleagues have found, ‘Rather than seeing themselves as victims of a terrible and mindless fate, resilient people and groups devise ways to frame their misfortune in a more personally understandable way, and this serves to protect them from being overwhelmed by difficulties in the present.’

An important component of cognitive flexibility is accepting the reality of our situation, even if that situation is frightening or painful. To remain effectively engaged in problem-oriented and goal-directed coping, we must keep our eyes ‘wide open’, and acknowledge, rather than ignore, potential roadblocks. Avoidance and denial are generally counterproductive mechanisms that can help people for a while, but ultimately stand in the way of growth, interfering with the ability to actively solve problems.
In the scientific literature, acceptance has been cited as a key ingredient in the ability to tolerate highly stressful situations. This has been cited among survivors of extreme environmental hardship and threats to life, among highly successful learning-disabled adults, and among individuals with a variety of medical and mental disorders. In a surveyof individuals shortly after the terrorist attacks on the United States of 11 September 2001, researchers found reduced levels of post-traumatic stress symptoms in those who accepted the situation. In a study of mothers whose children had life-threatening cancer and were undergoing bone transplants, those who accepted the situation reported fewer symptoms of depression.
Another ingredient of resilience is the ability to reappraise a situation – a skill called cognitive reappraisal. Several years ago, while conducting a study on the psychological and neurobiological consequences of the Holocaust, a colleague asked an elderly survivor of the Nazi concentration camps if she had ever dreamed about her experience. ‘Oh yes,’ the woman replied. ‘I’ve never stopped dreaming about those times. I just had a dream the other night.’
Our colleague replied: ‘My goodness, it must be horrible to still have those nightmares after all those years.’
‘Oh no,’ the woman said. ‘It’s OK. It’s OK because when I awaken, I know that I’m here and not there.’
Positive reappraisal requires us to find alternative positive meaning for neutral or negative events, situations and/or beliefs. In reviewing an extensive scientific literature on cognitive strategies to regulate emotion, the psychologists Allison Troy and Iris Mauss at the University of Denver propose that positive cognitive reappraisal fosters resilience through its effect on negative emotions. More specifically, reappraising the meaning of a stressful event as less negative or more positive changes emotional reactions to the event and results in a more adaptive and resilient response.
We can take cues from those around us to help us interpret (or reinterpret) our own experiences in a more positive light. For example, in the workplace, a manager or supervisor might point out the positive aspects of an adverse situation or event, providing employees with cognitive and emotional tools to view the adversity as a challenge.
Resilience demands the emotional stability to handle failure, what the late US Navy vice-admiral James Stockdale referred to as the ‘ability to meet personal defeat with neither the defect of emotional paralysis and withdrawal, nor the excess lashing-out at scapegoats or inventing escapist solutions’. In our experience, people who are resilient generally meet failure head-on and use it as an opportunity to learn and to self-correct.
Recent research on coping has shown that successful adaptation depends less on which specific strategies people adopt than on whether they are applying coping strategies flexibly depending on the nature of the stressor. Sometimes it is wise to accept and tolerate a situation, while at other times it is best to change it. Similarly, emotion theorists argue that expression of emotion is not necessarily better than suppression. What helps people to cope is having the ability to express or suppress emotions in accordance with the demands of a given situation.
Humour helps, too. In his book Man’s Search for Meaning (1946), Viktor Frankl refers to humour as ‘another of the soul’s weapons in the fight for self-preservation. It is well-known that humour, more than anything else in the human make-up, can afford an aloofness and an ability to rise above any situation, even if only for a few seconds.’
Like other positive emotions, humour tends to broaden one’s focus of attention and thereby foster exploration, creativity and flexibility in thinking. Humour can also serve as a tool to help us face our fears. It provides distance and perspective, but does so without denying pain or fear. It manages to present the positive and negative wrapped into one package. As the Frankl scholar Ann Graber puts it, humour combines ‘optimism with a realistic look at the tragic’. Without Pollyanna-like optimism, humour can actively confront, proactively reframe, and at times transform the tragic.
In sum, people who are resilient tend to be flexible; they know when to accept that which cannot be changed and how to positively reframe life’s challenges and failures; they use humour to reframe the tragic and that which is frightening; and they regulate their emotions, sometimes suppressing feelings and at other times expressing them. Resilience requires creativity and flexibility: the creativity to explore multiple viewpoints and the flexibility to embrace a positive but realistic assessment – or reassessment – of a challenging situation.
Reprinted from ‘Resilience: The Science of Mastering Life’s Greatest Challenges’, 2nd edition by Steven M Southwick and Dennis S Charney. Copyright © 2018 by Steven M Southwick and Dennis S Charney, published by Cambridge University Press, reproduced with permission. All rights reserved.

Aeon straight
Posted by Cabecilha at 6:25:00 PM No comments:

Exclusive Date with Rembrandt at Edinburgh

An Exclusive Date with Rembrandt at Edinburgh

Landscape with the Rest on the Flight into Egypt, 1647 by Rembrandt (Rembrandt Harmensz van Rijn), National Gallery of Ireland, Dublin
(Courtesy: Scottish National Gallery)
RELATED
An “exclusive new exhibition” of Dutch Master Rembrandt's works will be held at the Scottish National Gallery in Edinburgh from August 1-31, 2018. The exhibition will reveal how the taste for Rembrandt's work in Britain evolved over the past 400 years.
From early beginnings around 1630, the fascination for Rembrandt's work gripped collectors and art lovers across the country, reaching a fever pitch in the late-eighteenth century. The exhibition will also reveal the profound impact of Rembrandt's art on the British imagination, by exploring the wide range of native artists whose work has been inspired by the Dutch master, over four centuries, right up to the present day.
Highlights of the show will include key paintings by Rembrandt drawn from British collections, such as “Belshazzar’s Feast” (1635) from the National Gallery in London and “Girl at the Window” (1645) from Dulwich Picture Gallery, as well as star paintings now overseas, such as The Mill from the National Gallery of Art in Washington DC.
Rembrandt is renowned for the penetrating realism of his self-portraits and some particularly fine examples will be up for viewing, including the extraordinary “Self-Portrait,” aged 51 (on long-term loan to the Scottish National Gallery) and Portrait of the Artist as Young Man (c.1629-31) from the Walker Art Gallery in Liverpool, which was the first painting by the artist to leave Holland and the first to enter a British collection, when it was presented to Charles I in the early 1630s.
The exhibition will include Rembrandt’s only portraits of ‘British’ sitters, “Rev Johannes Elison and his wife Maria Bockenolle” (both 1634), on loan from the Museum of Fine Arts, Boston, and key landscapes including “The Rest on the Flight into Egypt” (1647) from the collection of the National Gallery of Ireland in Dublin. Although they were painted in Amsterdam, the Boston portraits depict a Dutch couple who lived in Norwich, and the paintings were in Britain by 1677. They are one of only three pairs of full-length portraits painted by Rembrandt, and have not been seen in the UK since 1929.
Among the British artists represented in the exhibition will be William Hogarth (1697-1764) and Sir Joshua Reynolds (1723-92), both of whom betray a heavy debt to Rembrandt, seen in works such as “Reynolds’s Self-Portrait when Young” (1753-8).
The exhibition will also include a powerful version of “A Woman bathing in a Stream” (1654) by the renowned British painter Leon Kossoff (b.1926), as well as the work of artists such as John Bellany (1942-2013), Eduardo Paolozzi (1924-2005), and Frank Auerbach (b.1931).
The exhibition will be on view from August 1 through August 31 at the Scottish National Gallery.
http://www.blouinartinfo.com/
Founder: Louise Blouin 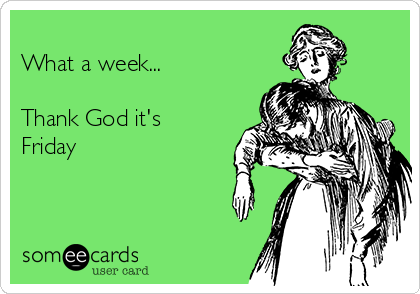 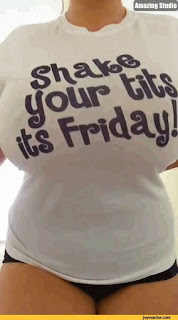 Time to relax and unwind it's Friday...

Loved on:www.google.com
PreviousNext
Posted by Cabecilha at 5:00:00 PM No comments: