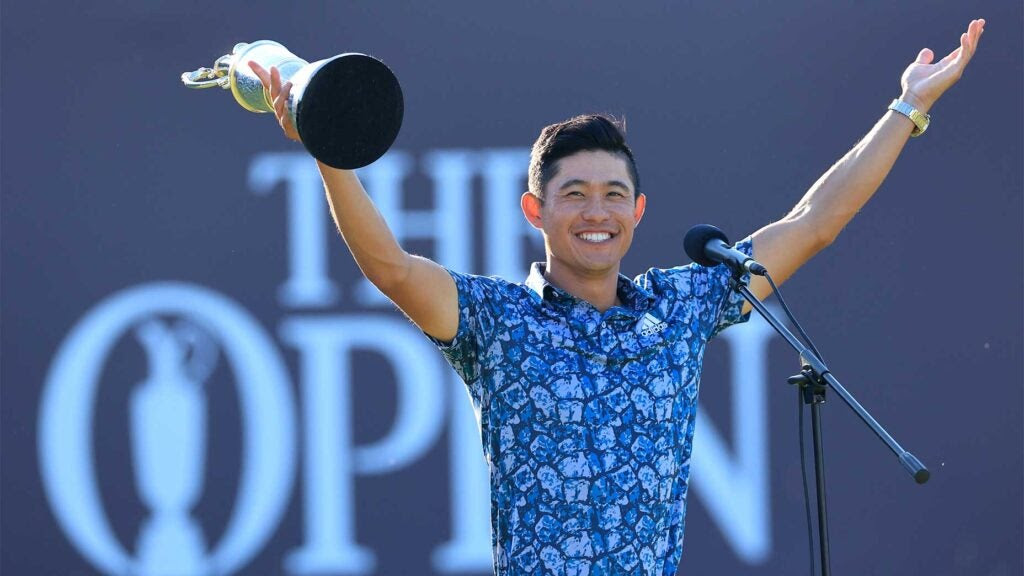 ‘Why are you doing that?’ Collin Morikawa explains the drill he used as a kid to become an elite ball-striker 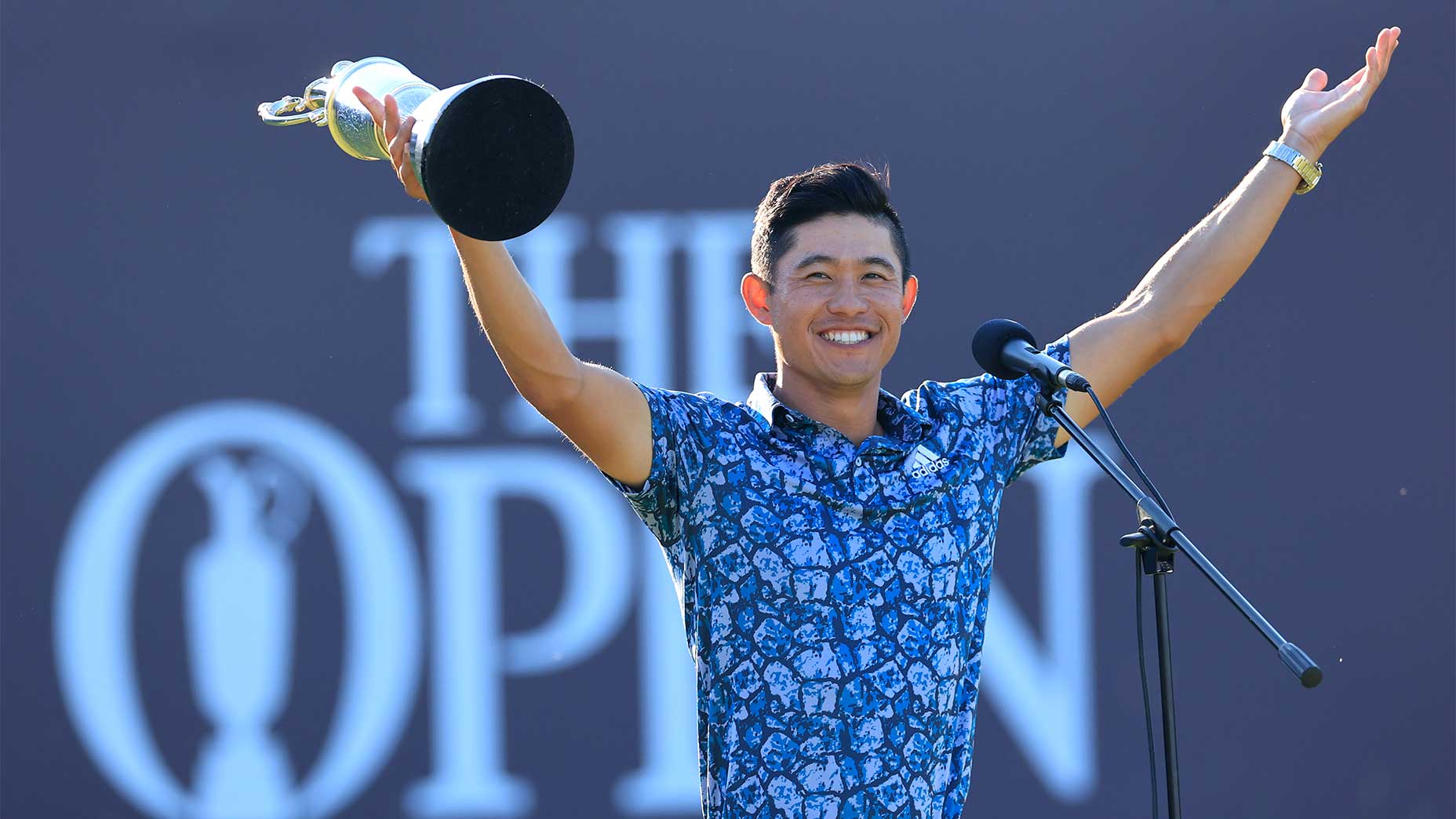 Collin Morikawa’s rise to stardom has been no accident. He followed up his two-win 2020 — which included a PGA Championship victory — with eight top 10s and two wins this year. The biggest victory came just last month, when he won the Open Championship for his second major.

Morikawa’s superb ball-striking has led the way. He’s 24th in Strokes Gained: Off The Tee and first in SG: Approach, gaining an average of 1.395 strokes on the field in the latter category. His gap over the No. 2 player in the ranking, Paul Casey (.917), is massive.

But just how has Morikawa become such a strong iron player? He was asked that on Wednesday at Liberty National in New Jersey, where he’s preparing for The Northern Trust and the first round of the FedEx Cup Playoffs.

The WGC and four time PGA Tour winner demonstrates how he likes to hit his favorite shot, a cut, off the tee box.

“Growing up, the way I practiced, I was practicing on the golf course, so I’d always hit different shots,” he said. “I’d never just throw it on a mat.”

Morikawa played at Chevy Chase Country Club in Glendale, Calif., a 1925 William P. Bell-designed nine-hole course with 10 greens. Hitting balls into a net cage was the only place Morikawa could warm up.

“I would stand kind of off to the side and create a ball above my feet, even though it was a half inch above the ground, and I’d have one foot off,” Morikawa said. “I remember a parent came up to me and was like, ‘Why are you doing that?’ You’re not really practicing anything good, and it actually sticks out to me now because, look, we’re never going to get a flat lie. We’re always going to have to adjust. You’re always going to have to do something different. So I think that’s why me practicing on the golf course, throwing a few balls out, and it’s been that creative side of hitting different shots.”

He continued, explaining what he does well within his swing and how to sustain it mentally.

“Obviously, I have a little bowed wrist, not as bowed as some people’s,” he said. “Club is still fairly square. And I just hold that, kind of turn, rotate, clear out the hips, and I’m able to hit that little baby cut, what I’ve been known for the past few years. Mentally, I think I just — I know what my body does. I know what my shots do. I just kind of stick to that. I’ve created more shots. I’ve learned different shots throughout the bag, but even through college, this is what I’ve been doing, and I don’t want to change anything just because guys are hitting it higher and guys are hitting it farther. I’ve stuck to what I’ve been doing, and I think I truly believe that what I’ve learned throughout college was good enough out here. Obviously, it’s shown sometimes here and there that it’s solid enough.”

Free insight into the mind of the best ball-striker on the planet? Thanks, Collin. His first round of The Northern Trust begins at 8:26 a.m. ET on Thursday, and he’s grouped with Jordan Spieth and Patrick Cantlay.

Get your daily dose of news, instruction tips, and more.

2021 Northern Trust live coverage: How to watch Friday's second round

'You're going to laugh at me': How a 15-year-old helped Justin Thomas' putting

Josh Berhow is the managing editor at GOLF.com. The Minnesota native graduated with a journalism degree from Minnesota State University in Mankato. You can reach him at joshua_berhow@golf.com.