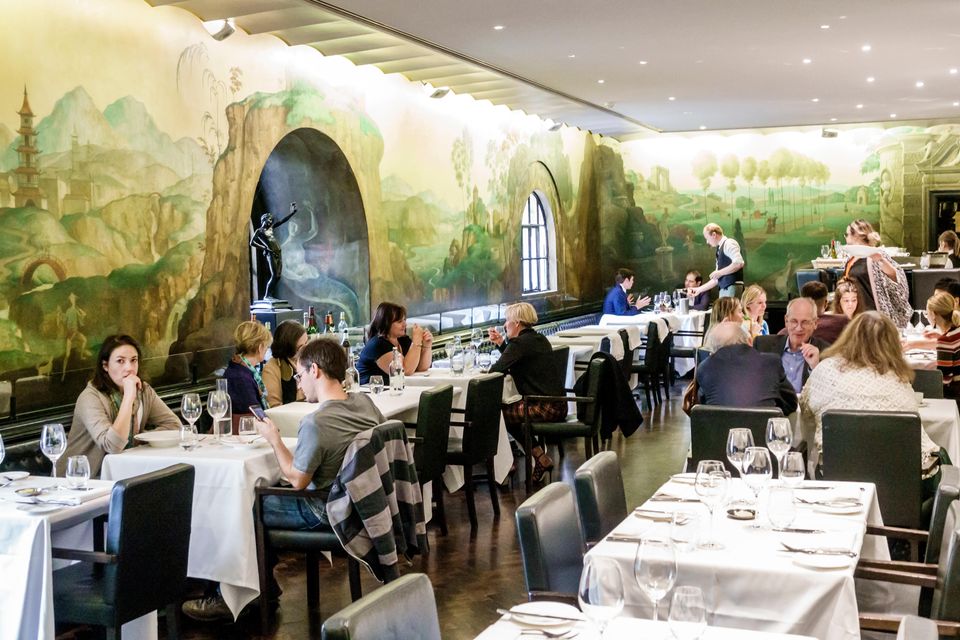 Tate Britain is expected to permanently close its restaurant because of a controversy over an historic artwork created nearly a century ago. Rex Whistler’s mural The Expedition in Pursuit of Rare Meats, which was painted specifically for the restaurant in 1927, has recently been criticised because of its portrayal of non-Europeans.

Moya Greene, until last month a Tate trustee and chair of its Ethics Committee, reported back to the gallery’s board. She told fellow trustees that committee members were “unequivocal in their view that the imagery of the work is offensive”. In addition, “the offence is compounded by the use of the room as a restaurant”.

Following the committee’s advice, it seems almost certain that the restaurant will never reopen. It was closed in March because of Covid-19, but did not reopen with the gallery displays last week. However, many UK museum catering outlets temporarily remain closed, so visitors may have assumed it would reopen in the new year.

The mural includes scenes where two black children appear to be roped and another which depicts caricatured Chinese people. The figures in the huge mural are small, just a few inches high, so comparatively few diners would have been aware of them.

Two years ago, after complaints about the mural, Tate provided an interpretation text putting the problems of the Whistler work into context. However, the trustees have now deemed that this explanation “has not been adequate”.

Tate trustees were also advised that the Whistler mural is “a work of art in the care of trustees and that it should not be altered or removed”. Although not a formally accessioned work, it forms part of a Grade I-listed interior.

Tate now faces a dilemma. As an art gallery, it can hardly cover the offending figures with a screen and it has a responsibility to allow public access to a work by an important early 20th-century British painter.

The question, then, is whether the room, once vacated by the restaurant, would be open to visitors all the time, on an occasional basis or only by appointment. Obviously it would need good security, adding to Tate’s staff costs.

A further challenge is that by drawing attention to the two black children and the Chinese figures the overwhelming number of visitors will go to see the mural simply because of the controversy. They will focus on the offensive passages rather than engage with it as a work of art - and many more people are likely to view the inappropriate figures than a few years ago.

The restaurant is sited next to the kitchen and there is no other part of the Tate Britain building which would be immediately suitable for an upmarket restaurant.

The closure of the restaurant, which was run by the gallery (rather than being leased out), has come at the worst possible time for Tate - since it provides a source of revenue which is desperately needed because of the impact of Covid-19. Permanent closure would, of course, also lead to the loss of jobs among restaurant staff.

A Tate spokesman says that “the fine dining restaurants at Tate Modern and Tate Britain both remain closed until at least Autumn 2021”, because of problems of social distancing and reduced visitor numbers as a result of Covid-19. He was unwilling to speculate on the fate of the Tate Britain restaurant.

On the Whistler mural, the spokesman says that “we are taking this time to consult internally and externally on the future of the room and the mural, and we will keep the public informed of future plans”. The external consultation is expected to be launched early in the new year.