How Creativity is Measured—And Why It’s So Difficult 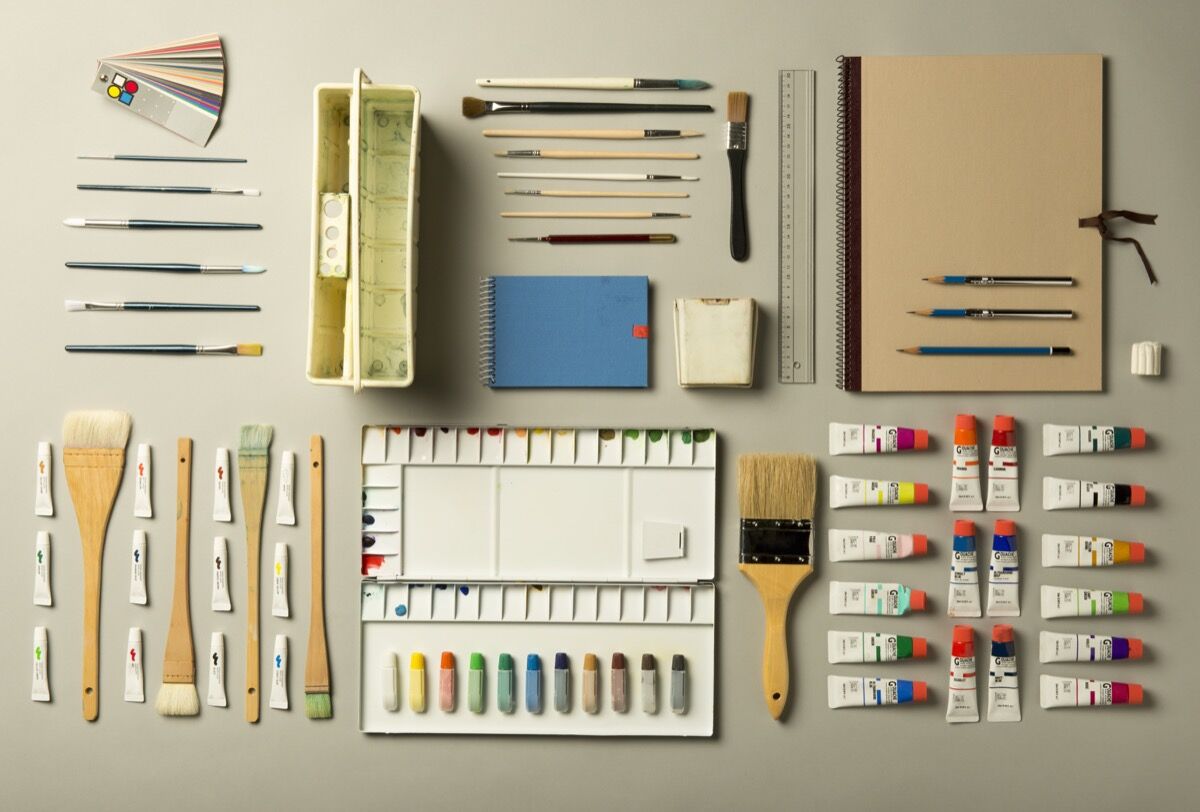 Iceland’s Population Is Staggeringly Creative. Why?

Creativity
Iceland’s Population Is Staggeringly Creative. Why?
By Casey Lesser 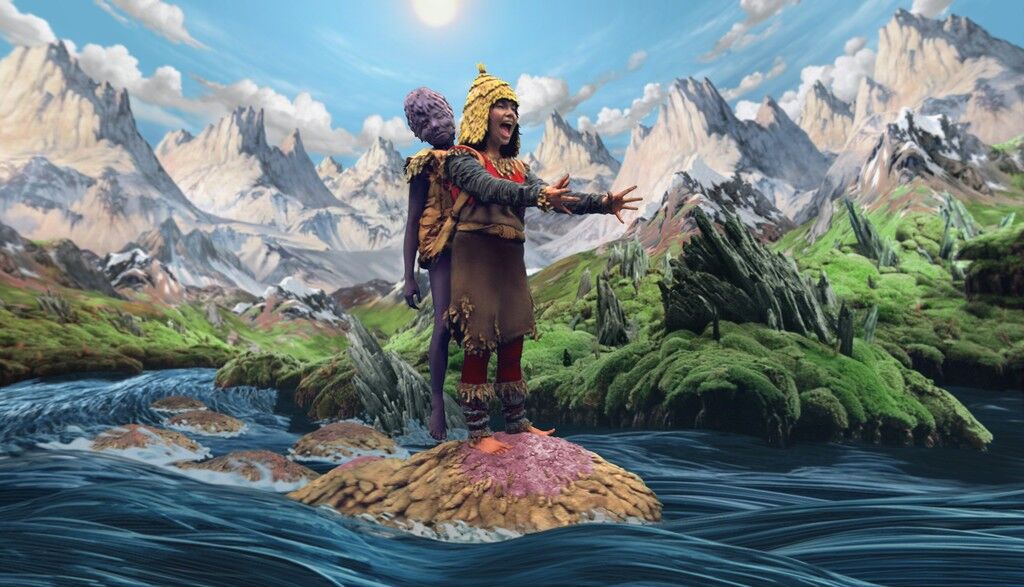 Björk
Still from "Wanderlust" directed by Encyclopedia Pictura, 2008
"Björk" at Museum of Modern Art, New York (2015)
It’s not gone unnoticed that some of the most innovative contemporary artists working today hail from Iceland. Björk, Ragnar Kjartansson, Katrín Sigurdardóttir, and Olafur Eliasson (who, to be fair, is half Danish) are all known for taking unique, interdisciplinary approaches to their art. The country, with a scant population of around 330,000, is also host to a thriving microcosm of designers, writers, and musicians.
Iceland has consistently ranked among the most innovative countries in the world. Indeed, one in four people there work in creative careers; a whopping one in 10 have published a book. The small nation boasts some 7,000 creative companies, and a growing number of creative jobs, despite the impact of 2008’s massive economic crisis.
While outsiders have long suspected that the island nation’s isolation and striking natural environment are key drivers of this creative boom, a new research study, published in the Gifted and Talented International journal, has found that various other significant factors can more directly account for why Icelandic people are so creative and innovative. Olafur Eliasson, Harpa. Photo by mariejirousek, via Flickr.
In 2011, University of Kansas professor and psychologist Barbara A. Kerr and her daughter, an art student, had a weekend stopover in Reykjavik on their way to a vacation in Prague. Charmed by the city’s creative community, Kerr’s daughter moved there after finishing school two years later, and found a supportive circle of creative peers that far surpassed what she’d found at an American university. Keen to understand what’s driving Iceland’s creative community, Kerr developed a university seminar for her doctoral and masters students, and took her team to Iceland.
Driven by the question “Why is Iceland so creative?” Kerr and eight students sought to examine “the people, places, processes, and products that may contribute to driving Icelandic innovation,” with a special focus on fine art and music. They collected data to address multiple variables, looking for distinctive elements in various areas: the abilities and personalities of individuals living in Iceland; the natural and built environment; social, familial, educational, and cultural dynamics; and government and economic policies.
They conducted a comprehensive literature review (CLR), which involved over 1,000 hours of analyzing existing scholarship, literature, and popular media, but also conducting new, on-the-ground research interviews in Reykjavik.
“It certainly takes us right out of the ivory tower,” Kerr said of the method. “We got in there to see to what degree our own observations support what the literature has to say, and it allowed the Icelanders themselves to comment upon the research.”
Working with their existing networks and new local contacts, like the editor of the popular newspaper the Reykjavik Grapevine, Kerr and her team chose to interview 15 individuals whom they believed were representative of artists, musicians, and writers working in Iceland. These subjects were complemented by more focused, off-the-cuff conversations throughout Reykjavik and elsewhere in the country, at local events, bookstores, museums, or other venues. In some cases these were quite informal; Kerr gives the example of a researcher having a 5-to-10-minute conversation with an Icelandic man at a club to discuss nightlife or relationships. Photo by Jonatan Pie.
Despite the fact that Icelanders largely refuted the idea that they were any more creative than people of other nations, Kerr and her team’s CLR supported the theory that creativity among Icelanders was a result of their individual, social, educational, and cultural attributes.
While Icelanders did not possess remarkably distinct personalities or abilities, they were found to commonly display “attitudes of independence and tolerance” which, Kerr wrote, “supports openness to experience, the personality attribute that is most strongly correlated with creativity.”
In terms of the environment, Icelanders rejected the idea that the vast beauty of the landscape was a font of creative inspiration. Kerr said that interviewees were overwhelmingly skeptical of this, often saying one of two things: “The inspiration comes from community and culture, and not from the environment,” or “That’s just the national advertising, policy makers came up with that idea, just trying to attract tourists.” Researchers found that urban and social contexts were more important to creativity.
“At one point, we came to the conclusion that Icelanders are like fish in water—they live in an inspiring environment, but they’re used to it,” Kerr quipped. Research found that unsurprisingly, non-natives were more likely to be inspired by the natural landscape.
Kerr noted that one of the most important differences between Icelanders and people from the United States and European countries is “extreme differences in family life.” They found that relationships between couples are remarkably egalitarian, and women’s creative output is well-supported. And while the institution of marriage is not a priority (only 30 percent of Icelandic people are married), family life and caring for children are central to adulthood.
Both in schools and at home, it’s common practice to give children the space for play and exploration, which “encouraged both imagination and the creative process,” the study found. In schools, which are free and public, testing is de-emphasized, and students engage in hands-on learning and free-play. Over the past two decades, the dominant curriculum has been innovation education (IE), which originated in Iceland in 1991, and is also used in other parts of Scandinavia and the United Kingdom. Students are given opportunities to apply creativity to everyday life, and teachers act as “facilitators rather than lecturers,” the researchers wrote, serving to support students in generating high-quality, novel ideas through their work.
Kerr also pointed to an emphasis on craft and making things by hand. “Every Icelandic male knows how to knit, every female knows how to use tools,” she said. “It seems important to the development of creativity to simply know how to use tools for making and learning at home and school.”
The government can also be credited for fostering creativity, researchers found, as “policies in Iceland encourage the development of creative products,” like public art commissions for street artists. Interviewees noted, however, that the government’s support might be “impeding more radical expressions of creativity,” given their political motives.
The less hierarchical society also enables greater creativity, Kerr’s team found. For one, an online phone book enables creatives to reach out to peers or leading artists, as well as local officials and business professionals, to discuss projects and collaborations. “I think that’s especially important to artists—not only can they get in touch with each other but opinion-makers and promoters,” Kerr said. “If you have a rock band, you can get bookings, you can get reviewers to come and watch you, it’s not that hard to reach out.” Ragnar Kjartansson
“World Light – The Life and Death of an Artist”, 2015
"Ragnar Kjartansson" at Hirshhorn Museum and Sculpture Garden, Washington, DC
The greatest learnings from the study, researchers recognized, are in terms of educational opportunities for fostering creativity among children and young adults. Schools in Iceland are particularly key to the creative community, not only in providing children with designated space for creativity, but also in implementing the promising approach of the IE curriculum.
Research concluded, though, that a great deal of emphasis should be placed on the generous, social safety net that Icelanders enjoy. They summed this up with a quote from an Icelandic immigrant who collaborated on the study: “Never underestimate what knowing you will always have food, shelter, childcare, and education will do for your creativity.”
Casey Lesser is an Editor at Artsy.
Stay up to date with Artsy Editorial
Related Stories

How Creativity is Measured—And Why It’s So Difficult

Need a Creative Boost? Take a Look at Your Diet
Posted by Cabecilha at 8:35:00 PM No comments: