How to Practice Safe Collecting: 7 Tips for Protecting Your Precious Art

"Fallen" by Banksy
Do you know that feeling when your heart begins to thud in your chest, your palms start to sweat, and you feel like you might somehow float off the ground? Yeah, we know what buying art feels like too. Like any act of love, purchasing an artwork can be exhilarating—but you should really use protection. That way you can avoid unexpected and unwanted surprises, like authenticity disputes, warping and material degradation, useless insurance policies, and other collecting faux pas. This guide will teach you that practicing safe collecting is about more than just remembering to always wear a… pair of white gloves.

1. GET A CERTIFICATE OF AUTHENTICITY

This past month, a bizarre, three-year-long lawsuit accusing the artist Peter Doig of falsely claiming he never made a 40-year old landscape painting signed “Pete Doige,” finally came to a close when the judge sided with the painter due to the sheer preponderance of evidence that he had nothing to do with the middling artwork (which was in fact made by a prison inmate). Now, if the painting had been signed by the artist (which is was not), or the owner had a certificate of authenticity (which he did not), the authenticity of this painting would never have been questioned.
Word to the wise: if an artwork is unsigned, always make sure that you receive a certificate of authenticity, which officially states that the artist in fact produced the work in question. If the work is signed, don’t expect to receive a certificate of authenticity. Common practice involves either/or. At Artspace, these assurances form the basis of our Artspace Collector Guarantee.
2. CONSIDER INSURING YOUR SHINY NEW ARTWORK

Night Moves (2014) by David Kramer is available on Artspace

As soon as an artwork leaves a gallery’s property, it is no longer insured—unless you insure it. (Artspace is unusual in that it insures all purchases in transit.) Many new collectors make the mistake of not insuring their artwork until it is installed, even though damage is most likely to occur while it’s on the move. To properly insure your collection, you’ll need to add an insurance policy that specifically covers damage to valuable personal property.
As artists advance their careers, or demand for a particular work or movement rises, so might the value of your collection. It’s not a bad idea to get your collection appraised periodically, and to update your insurance policy accordingly.

3. DON'T SCREW UP THE INSTALLATION

Balloon Dog (Blue) (2002) by Jeff Koons is available on Artspace
Hanging a 9”x14” acrylic-on-canvas and installing a Jeff Koons balloon dog are like apples and oranges (or apples and… polished stainless steel oranges worth up to $5.8 million apiece.) If the artwork you’ve bought is particularly hard to transport or install, or is very valuable, ask the gallery to recommend an art handler that is well-trained in installing that particular artist’s work. If it's more conventional in format—like a painting, print, or photograph—you can most likely do it yourself without catastrophic consequences, particularly if you follow our trusty rules for hanging your art.

4. KNOW THAT SUNLIGHT CAN BE A SILENT KILLER

Sunset Burger (2012) by Neïl Beloufa is available on Artspace
Interior designers can tell you where to hang works so they’ll look great. We’re here now to tell you where to hang works so that they’ll last. Treat your art like a pet vampire and keep materials that can fade out of direct sunlight. Be sure to frame works on paper and photographs using UV Plexiglas. (Artspace always uses UV plexi. See our framing options here.)
Unconventional materials and non-archival materials will need special care, so consult the gallery for specific instructions. Some works may require temperature-controlled environments—so consider this before storing art in your garage. (Perhaps, if you're spectacularly wealthy, you might hire an architect to purpose-build a home for your collection.) Otherwise, if you find that you don't have enough space for older art purchases in your, say, studio apartment, go ahead and store your work—just make sure it’s safely packed and lifted at least a foot off the ground.

5. KEEP TRACK OF YOUR INVENTORY

Sephora Project (2012) by Cindy Hinant is available on Artspace
Prolific veteran collectors often have robust databases to keep track of their inventory. Though this isn’t necessary for newer collectors, everyone should maintain some sort of record of what artworks they own. We recommend keeping a spreadsheet with the following information about each work that you purchase: title, artist, seller information, purchase cost, whether or not you framed it, how much framing cost (if applicable), and updated appraisals with date (if applicable).
If buying from a gallery, save the receipt that has the date of sale and condition of sale, and ask for a high-resolution photograph of the work for your records, if they don’t automatically provide one.

6. DON'T BE MEAN WHEN YOU CLEAN

Mr. Clean (2008) by Mark Licari is available on Artspace
For the love of god, do not use regular glass cleaner on UV Plexi. The horrific result might make you weep. Ask the gallery for specific cleaning instructions for your pieces, and be sure to remember to pass this information along to whoever cleans your house!

7. REPAIR ANY DAMAGE SAFELY, AND INTELLIGENTLY

Petrol Bomb (2011) by Banksy is available on Artspace
Don't wine all over your art. Please. But if, for some reason, an artwork in your collection is damaged, the first thing you need to do is contact the gallery that represents the artist. Don’t be embarrassed, and definitely don't try to fix it yourself. The gallery may tell you how to go about restoring it, or may ask the artist to fix it herself. It’s in the best interest of the gallery to keep their artist’s work in good condition, so they should be happy to help. 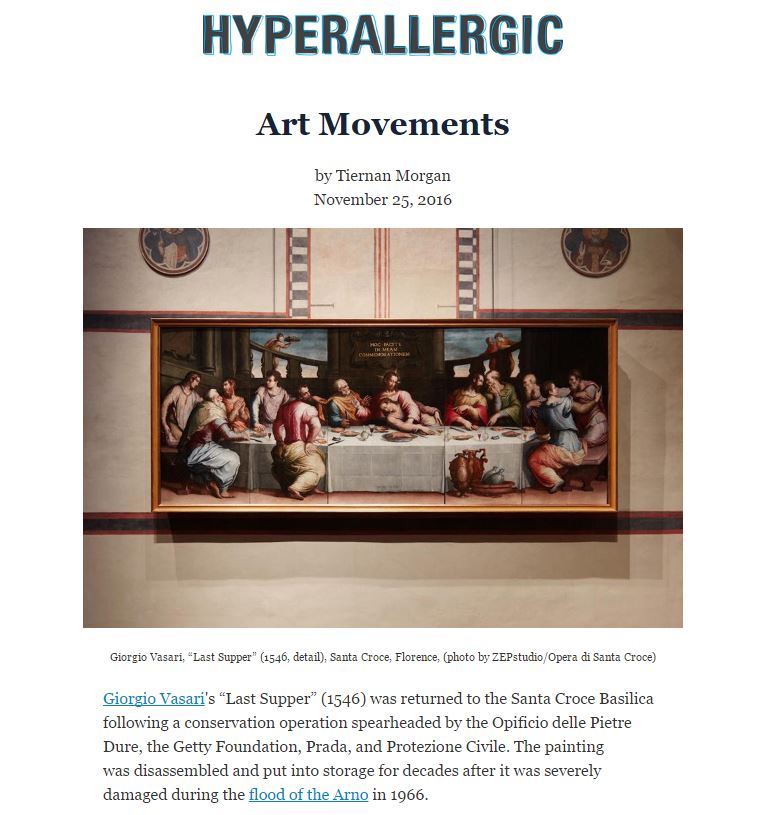 50 Years Ago, Truman Capote Hosted the Best Party Ever

What if you gave a party and everybody came? That is precisely what occurred on the drizzly night of Nov. 28, 1966, when 540 of Truman Capote’s nearest and dearest turned out for what the writer insisted on calling his “little masked ball for Kay Graham and all of my friends.”
The evening survives on film and in the recollections of the guests who are still alive 50 years later. It was a party of a kind we are unlikely to see again, given that it allowed for a then unheard-of, but now more common, coming together of disparate social spheres.
“There will never be another first time that somebody like Andy Warhol could step into a room with somebody like Babe Paley,” said Deborah Davis, the author of the 2006 book “Party of the Century: The Fabulous Story of Truman Capote and the Black and White Ball,” referring to one of Capote’s so-called swans — the socialite wife of William Paley, who built the CBS network.
Before the Black and White Ball, no one had ever imagined, let alone attended, a formal party with a guest list so wildly catholic that it brought into one room the poet Marianne Moore and Frank Sinatra, Gloria Vanderbilt and Lionel Trilling, Lynda Bird Johnson and the Maharani of Jaipur, the Italian princess Luciana Pignatelli (wearing a 60-carat diamond borrowed from Harry Winston) and the documentary filmmaker Albert Maysles.
Continue reading the main story
Advertisement
Continue reading the main story
When Capote summoned his pals for a night of dancing (and spaghetti and chicken hash at midnight), he was as famous as he would ever be, and flush with the profits from his critically acclaimed best-selling nonfiction book “In Cold Blood.”
In the Grand Ballroom of the Plaza hotel, starting at 10 o’clock that night, European aristocrats rubbed elbows with novelists and scholars; social register blue bloods drank Taittinger Champagne with the denizens of Hollywood and Broadway; the stolid middle-class citizens of Garden City, Kan., who had played host to Capote during the years he had spent researching his masterpiece, danced to the Peter Duchin Orchestraalongside the photographer and film director Gordon Parks, who would later joke that he — along with Harry Belafonte and Ralph and Fanny Ellison — represented “the black of the Black and White Ball.”
In the half-century since that Monday evening just after Thanksgiving, countless other parties have evoked, interpreted or outright copied Capote’s ball.
Continue reading the main story