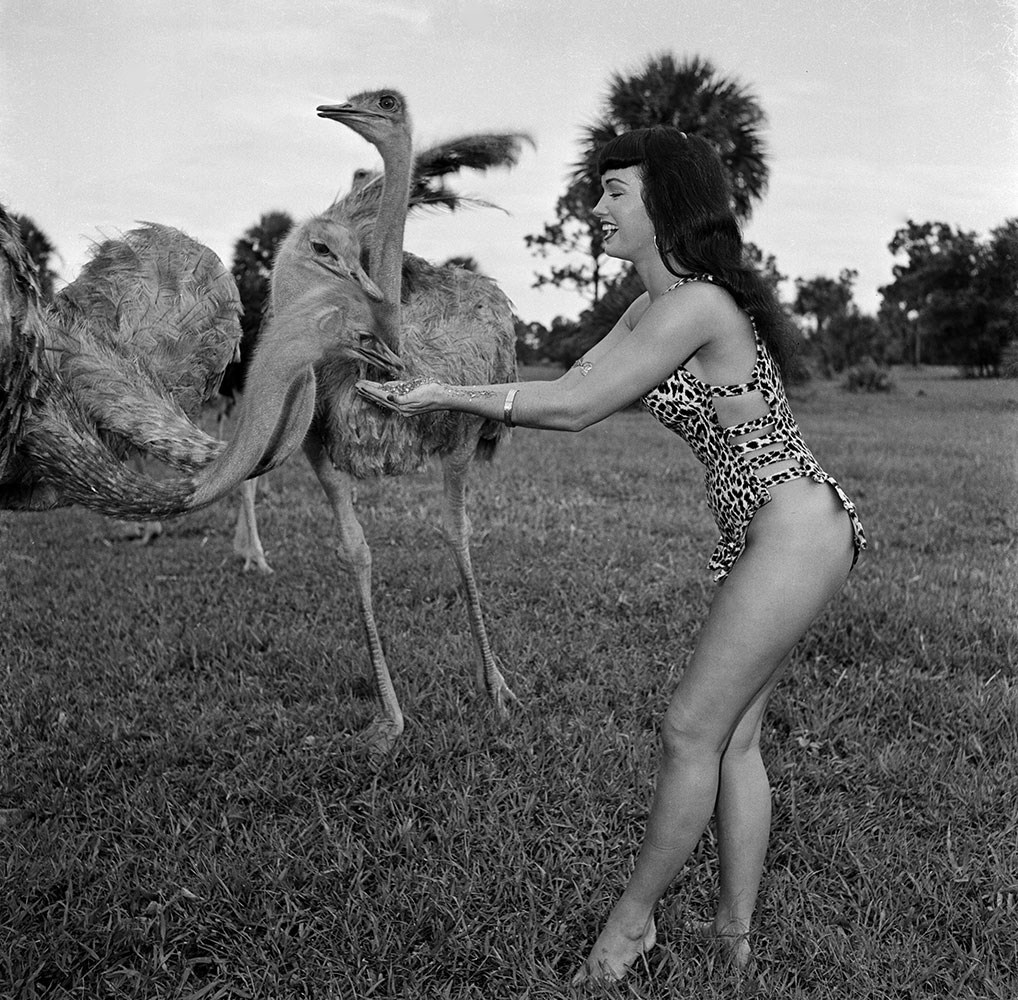 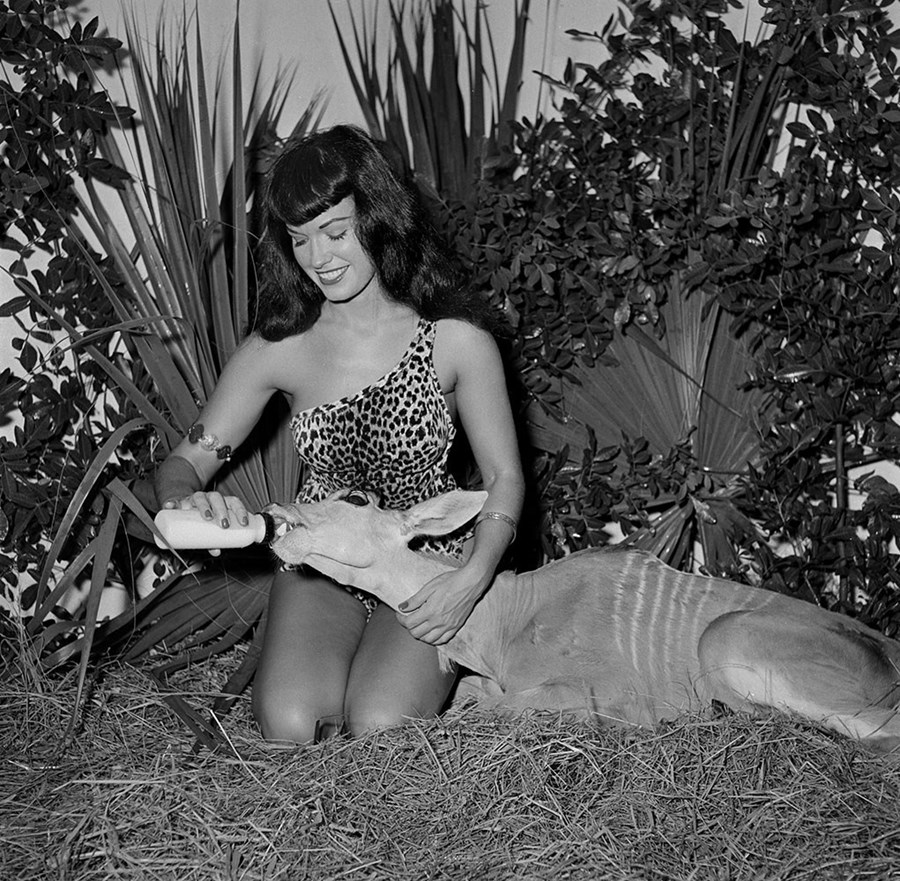 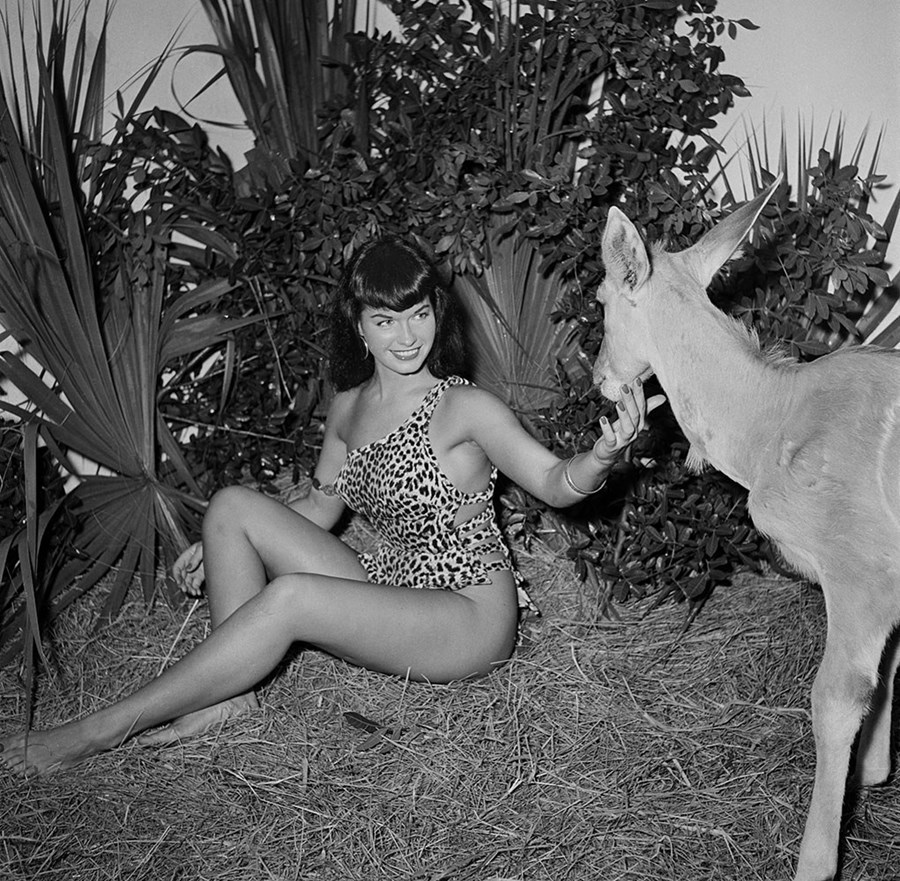 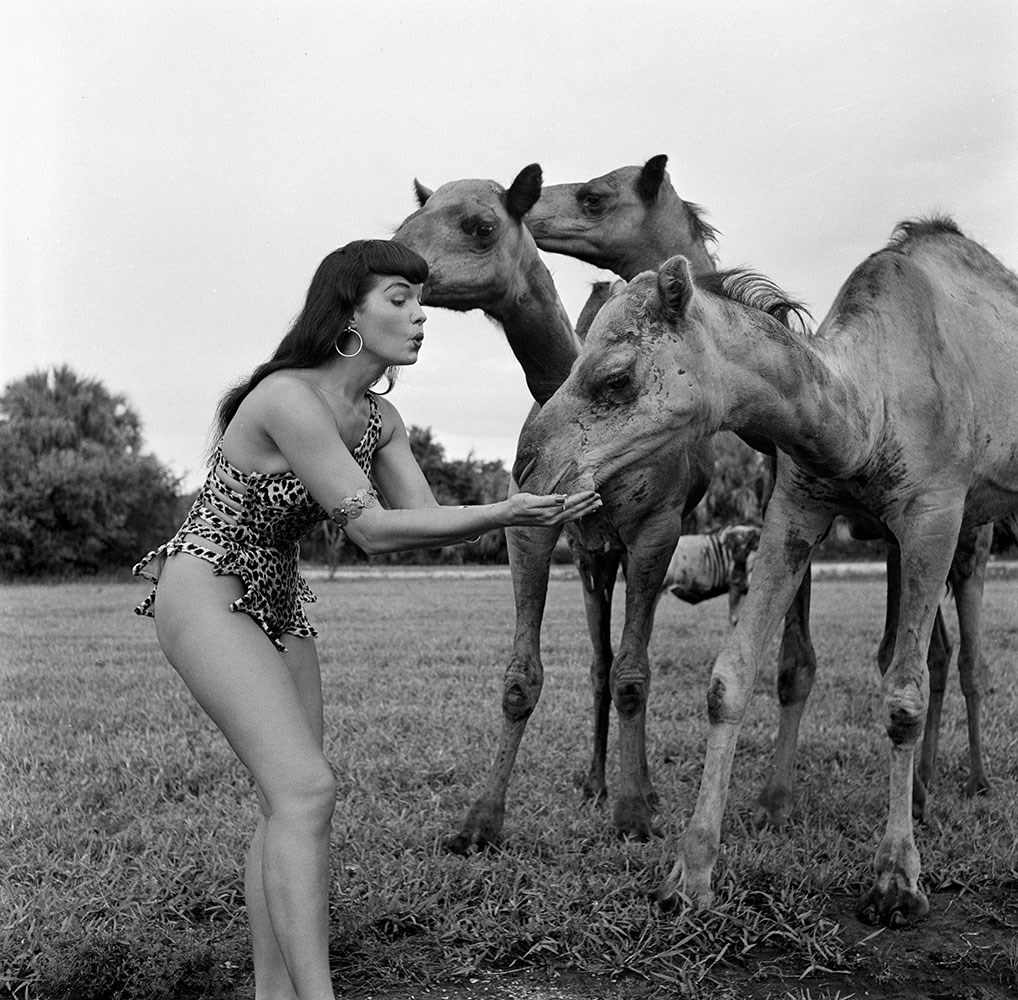 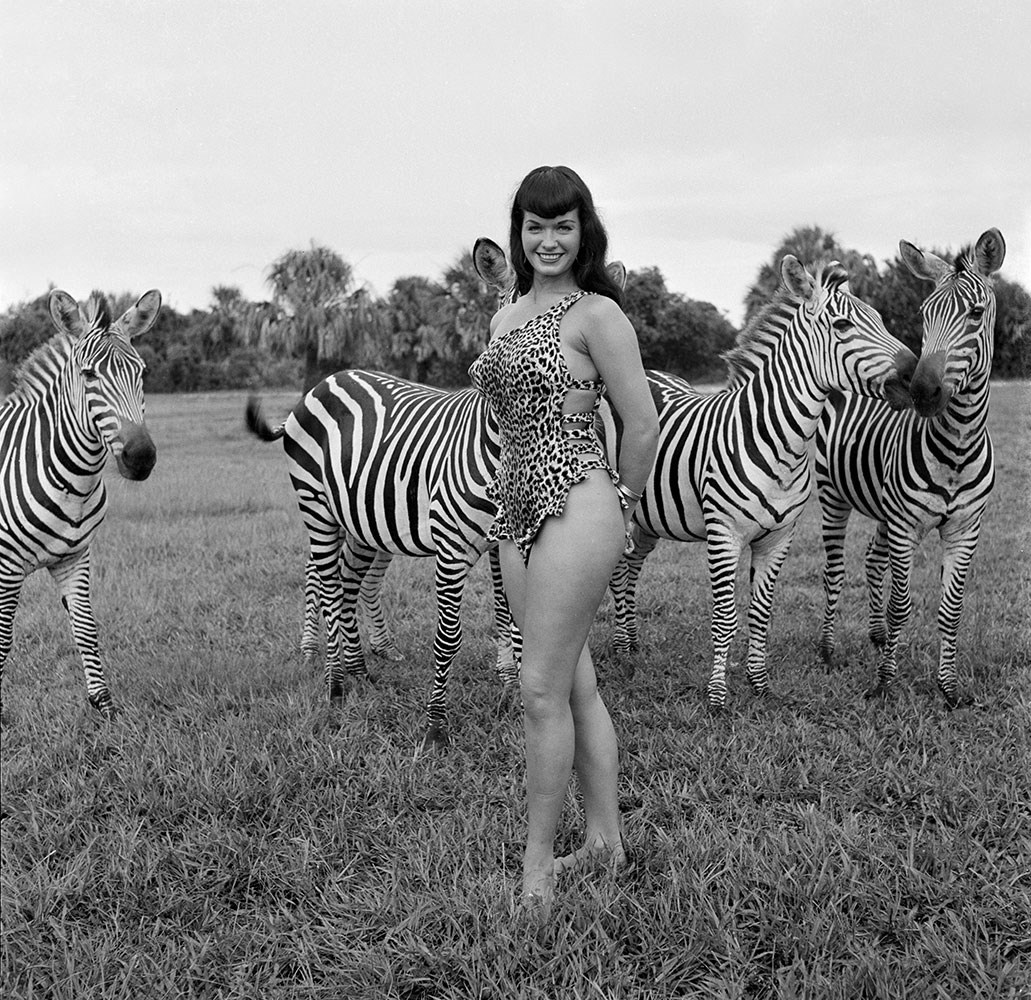 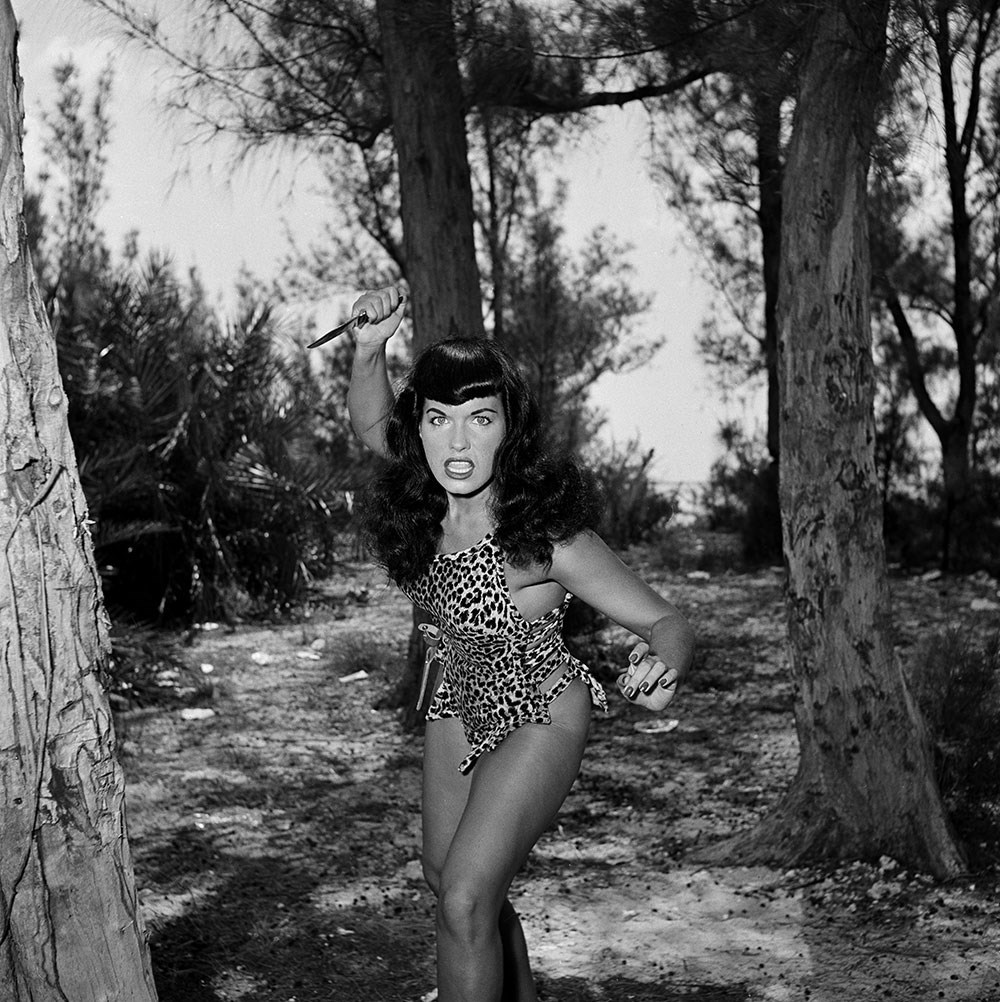 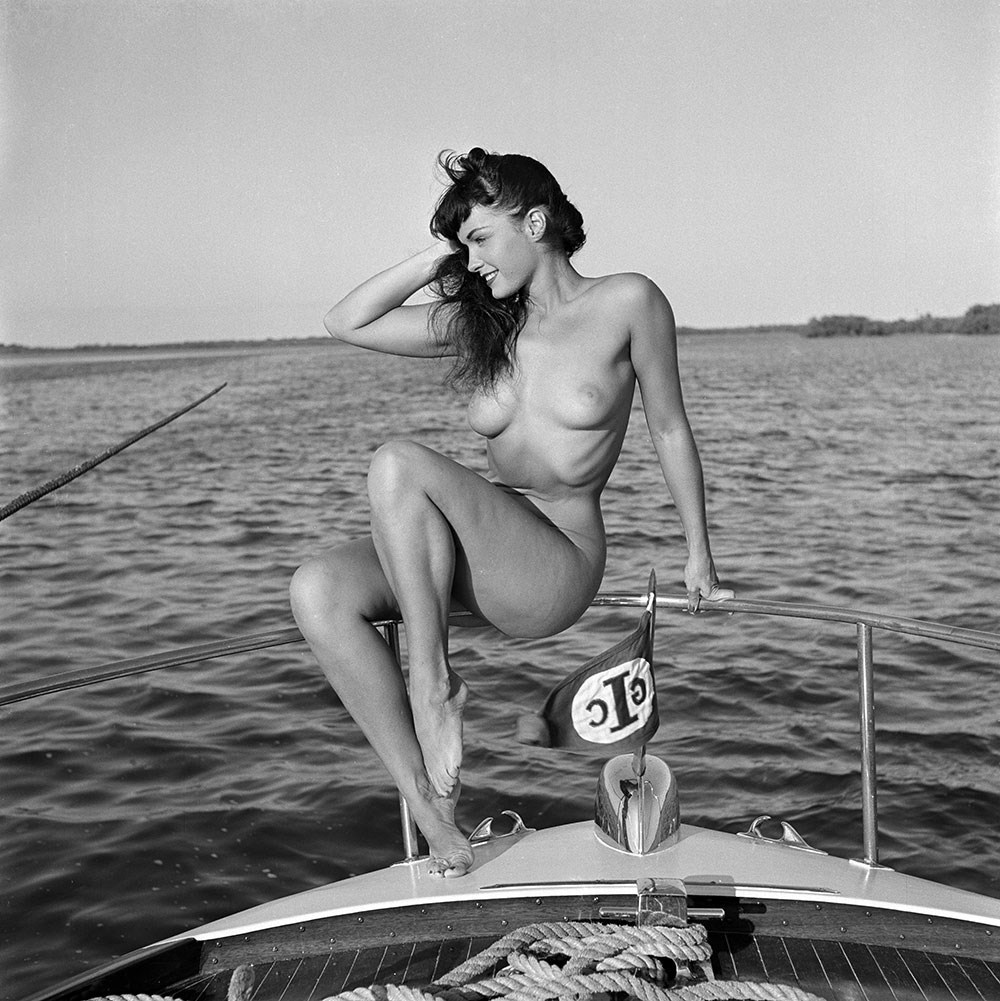 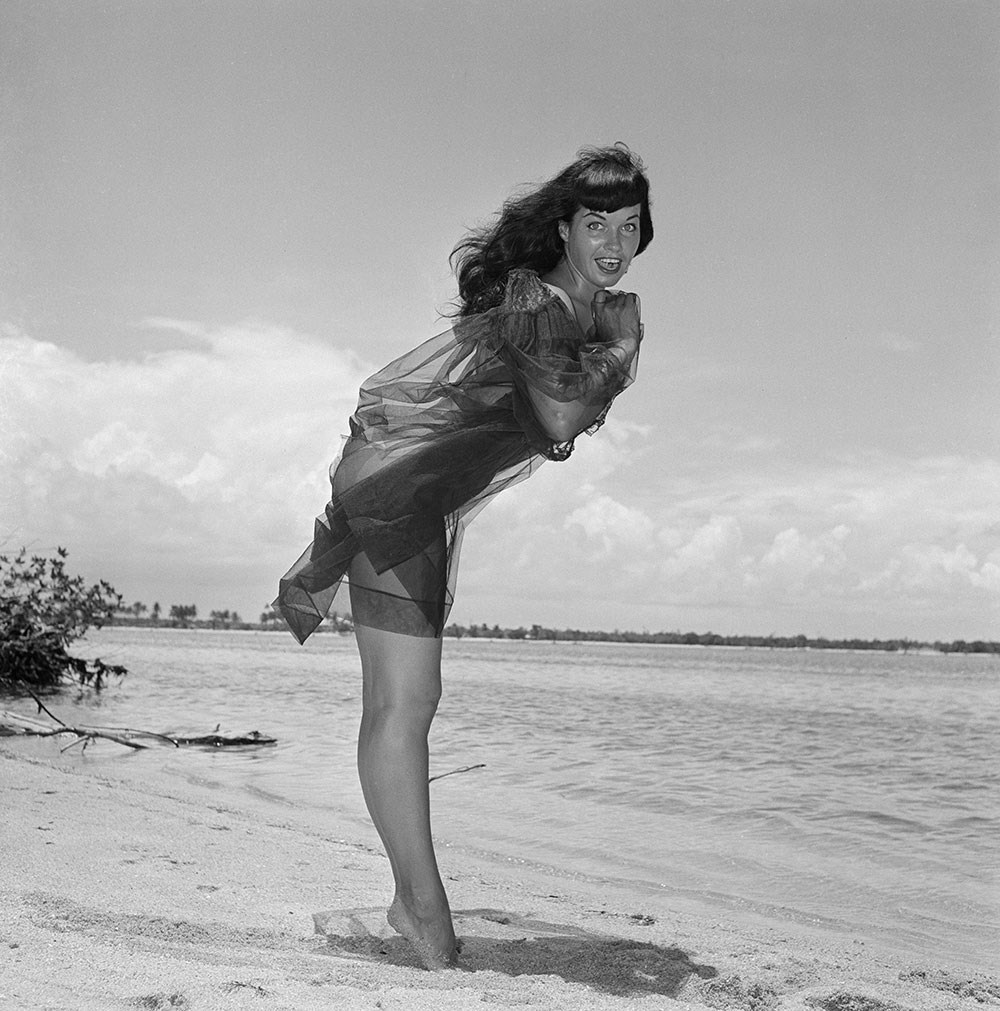 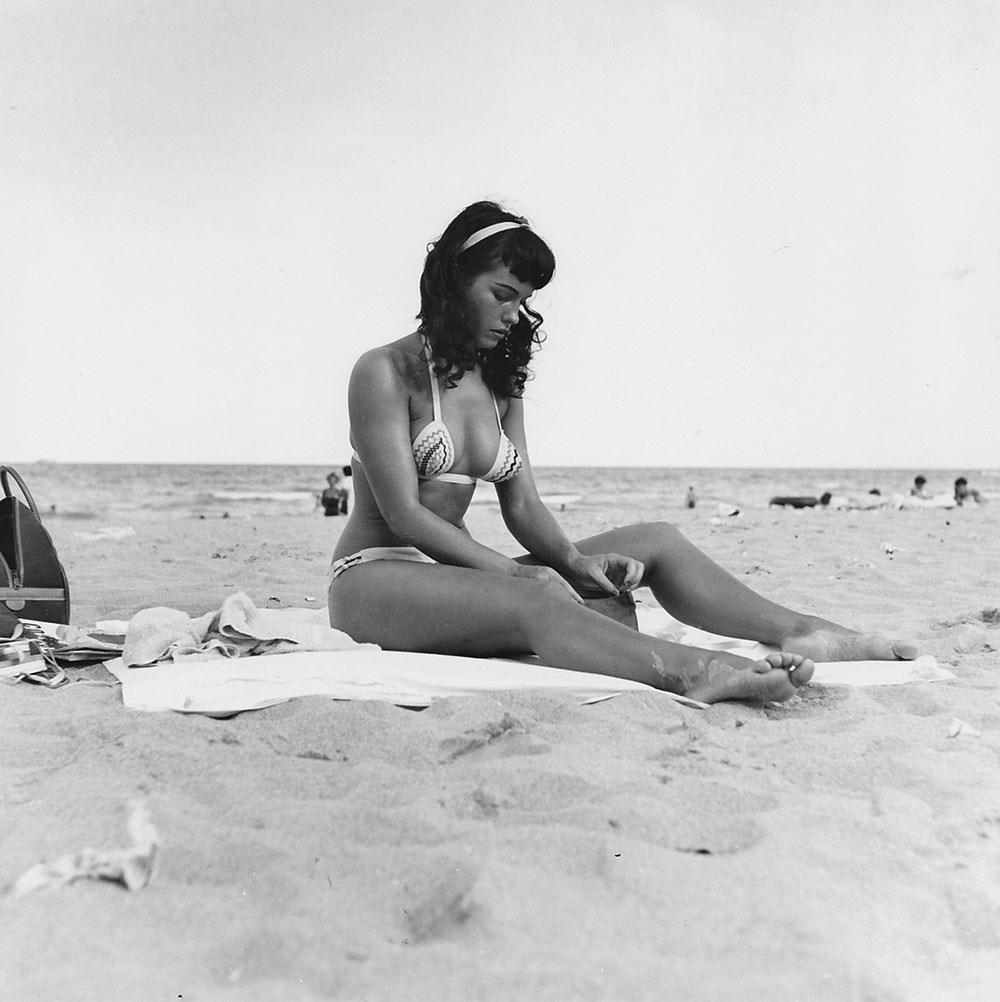 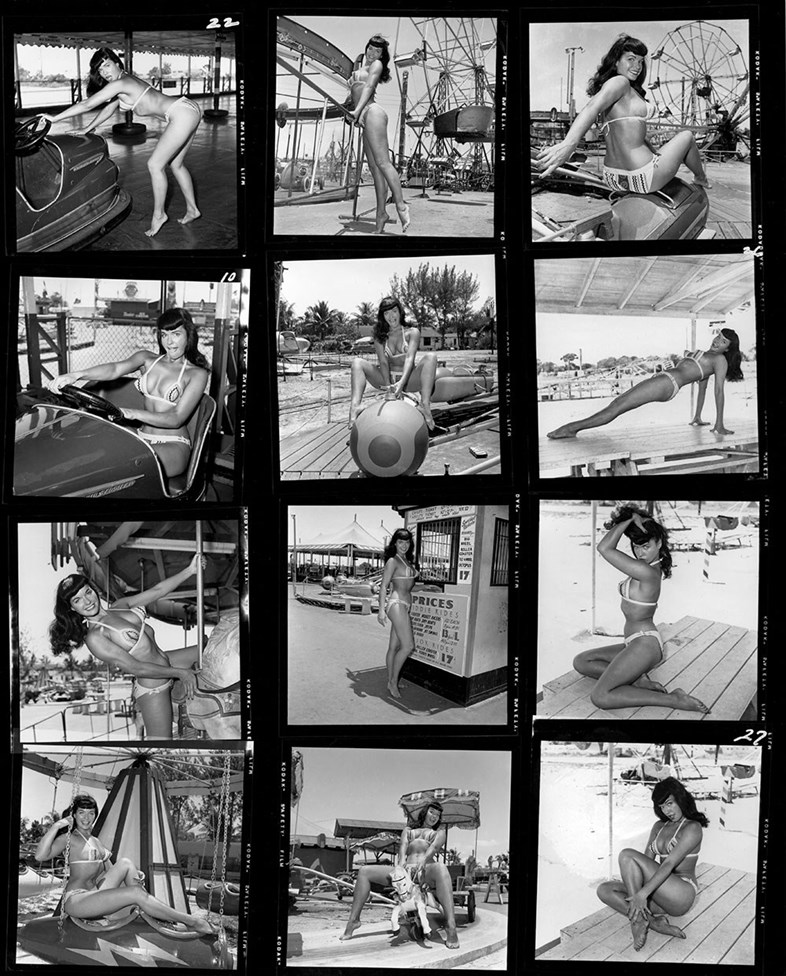 Bettie Page might be Nashville, Tennessee’s best-loved export. She’s synonymous with the cheeky cheesecake photography of the 1950s – a raunchy new breed of erotica which precipitated the sexual revolution which would soon follow – and her enduring fame is largely due to Bunny Yeager, the young female photographer who created some of the best-known photographs of her that were ever made.
Their first meeting, however, came about largely by accident. “After several years in New York, Bettie had decided it was time to take a break and come to Miami for some fun and sun,” explains Bunny Yeager’s introductory essay at the beginning of new book, Bettie Page: Queen of Curves, by Petra Mason. “We did a lot of beach shots; many of our sessions were shot on miles of isolated beaches, which allowed us to shoot pictures without being interrupted by strangers.” She later continues: “What are the odds of a successful New York model leaving the big city to move to a laid-back tourist town like Miami to wind up working with a 25-year-old female photographer, also a pin-up model, who had no studio and had never sold a photo before?”
When editor and curator Petra Mason came across Yeager’s archive – a series of haphazardly arranged cardboard boxes containing reams of contact sheets, negatives and prints – she knew she had to share them with the world. Her new book, published by Rizzoli, compiles hundreds of these photographs in one tome. Here, Mason reflects on enduring allure of Bettie Page.

On her fascination with Bettie Page…“Bettie Page was so raunchy, and she clearly had a sense of humour. While other models looked non-threatening, playing cute and coy, Bettie looked you straight in the eye as if to say: ‘let’s do this, my way!’ which was way ahead of the pack. She was a true nudist, and she oozes ‘nude, not naked,’ to quote Bunny.”


“Facts about her were a bit thin on the ground. With this book I truly wanted to honour Bettie, who was so spirited and so sassy, a modern woman doing what she could with what she had, in a world with limited options. She seemed a genuinely sweet person, far too fragile. I tried also to engage with what her reality must have been like, the Camera Club types (which do exist to this day, and still inhabit Bettie’s world.) I walked the streets of her New York neighbourhood, on the edge of the theatre district and Hell’s Kitchen. I went to the locations she and Bunny shot at, I discovered a pin-up pier she posed on, when the tide was low. I tried to get under her beautiful olive skin. There is a vulnerability and a sassy-ness about her that I think is eternally attractive.”


On her favourite photograph from the book…“I like the ones where she’s fishing on the Christ-Craft boat and she looks very womanly; you can see her lines, and cellulite, and appreciate the fact that she was 32, not 22, when she posed for Bunny. I also love the ones where Bettie’s hamming it up for the camera; in true 50s American style, she seems to have eaten a lot of hot dogs and drank soda, although you’d never tell with her figure!”


On her first encounter with Bunny Yeager’s extensive archive…“She [Bunny Yeager] did not invest in museum quality, acid-free archival storage material. Once I’d looked at the mix of slides and negatives, prints and contact sheets, I put what I could back into acid-free envelopes then I figured they’d been around longer than I had and survived in dark cardboard boxes, so it was a lesson in relaxing my own archival anxiety for me. Bunny was meticulous about keeping records, it was just the organisation and storage that was chaotic.

“Back in the day it seems pin-up photographers kept pretty detailed notes, much like model agencies do today. Even the king of bondage, Irving Klaw, kept pages of notes on his models, including what their hobbies were. Miami was where Bunny's archive was, and she did not want her originals to travel, so I did it all in Miami. Working with my editor in New York, I created the thematic sections instead of chapters: Sunshine State, Sweet & Savage, Jungle-Land, Nutty Cheesecake, and so forth. The themes are not random; each theme has appeared authentically elsewhere in pin-up history, or relates to Bettie or Bunny’s story.”
Bettie Page: Queen of Curves by Petra Mason and Bunny Yeager is out now, published by Rizzoli.
Petra Mason will be giving a talk about the book at 6.30 on October 14 at Somerset House.

Lessons in Style and Sexuality from 1967 Film Belle de Jour

What I Learned from my Week in the Hamptons