The daughter of Lygia Pape is suing LG Electronics

The daughter of Lyiga Pape is suing LG Electronics Inc. over the alleged unauthorized use of an artwork in a smartphone marketing campaign. (A real version of the stirringly beautiful piece is currently on view at the Met Breuer.)Bloomberg

The daughter of deceased Brazilian artist Lygia Pape says LG Electronics Inc. is using images of one of her mother’s works without permission for a smartphone marketing campaign, despite being told not to do that.
Paula Pape sued in Manhattan federal court last month claiming the Seoul-based electronics maker is using copies of her mother’s 2003 sculpture ’Tteia 1, C’ in packaging materials, advertising and promotions for its K20 V mobile phone. The cultural association that administers the rights to her mother’s work has repeatedly denied LG’s requests for permission to use the art, Pape said.
John Mancini, a partner at Mayer Brown LLP who represents the two U.S.-based LG units named in the complaint, declined to comment on the lawsuit.
Pape said in a statement that her mother, who died in 2004, was an artist for 50 years and never commercialized her pieces. She called the sculpture, which was put on public display at London’s Serpentine Galleries in 2011, "the culmination of all her work." 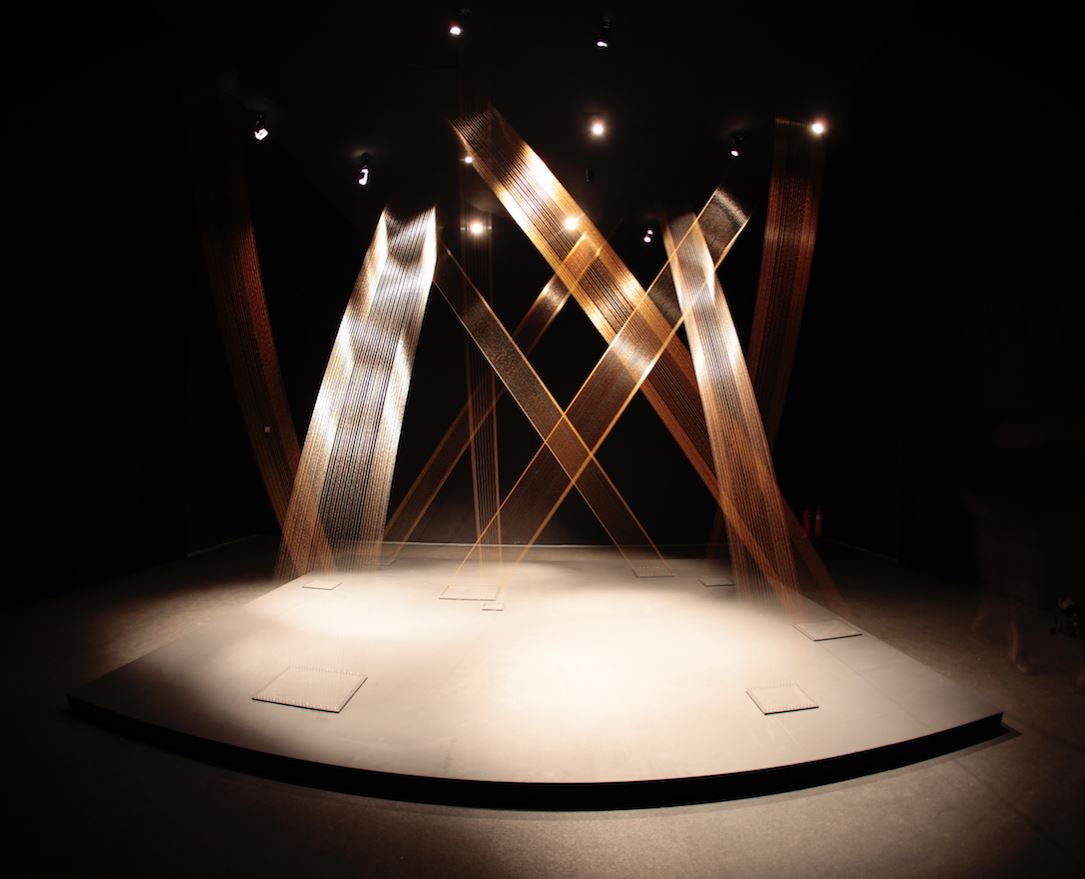 Lygia Pape was “a critical figure in the development of Brazilian modern art,” according to the Metropolitan Museum of Art where an exhibition of her works is on view through July 23. An opponent of Brazil’s military regime, she was imprisoned, held in solitary confinement and tortured, according to the complaint.
She didn’t work with a commercial gallery until later in life. Her exhibition at the Met Breuer in New York spans five decades and includes sculpture, painting and film.
“That LG and others stole her work for their crass commercial purposes is not only against the law, it is an affront, an ugly reminder that enormous corporations such as LG believe themselves beyond the law,” Paula Pape said. “They can steal now and pay later from their profits,” she said.
“They have no respect for those who live to bring beauty to the world, for artists, and for all human beings who strive to live with purpose and integrity,” Pape said.
The case is Paula Pape v. LG Electronics USA Inc., 17-cv-04925, U.S. District Court, Southern District of New York (Manhattan.)
Before it's here, it's on the Bloomberg Terminal.
https://www.bloomberg.com/news/articles/2017-07-19/brazilian-artist-s-daughter-claims-lg-stole-images-for-phone-ads