See the article in its original context from
September 18, 1994, Section 7, Page 13Buy Reprints
New York Times subscribers* enjoy full access to TimesMachine—view over 150 years of New York Times journalism, as it originally appeared.
SUBSCRIBE
*Does not include Crossword-only or Cooking-only subscribers.
About the Archive
This is a digitized version of an article from The Times’s print archive, before the start of online publication in 1996. To preserve these articles as they originally appeared, The Times does not alter, edit or update them.
Occasionally the digitization process introduces transcription errors or other problems; we are continuing to work to improve these archived versions.
CHINA WAKES The Struggle for the Soul of a Rising Power. By Nicholas D. Kristof and Sheryl WuDunn. Illustrated. 501 pp. New York: Times Books/Random House. $25.
TWO things keep China in the news these days: its economic boom and its political oppression. We hear about the Chinese gulag, where vast numbers of political prisoners are mixed with common criminals and forced to make cheap goods destined for our markets. We hear about the arrest and torture of dissidents. We hear about the autocratic behavior of cranky octogenarians. But we are also told about boom towns on the coast, and about expensive nightclubs, fortunes made overnight, financial scams and fantastic economic statistics.
This two-faced China, of new prosperity and old oppression, is the subject of "China Wakes," by Nicholas D. Kristof and Sheryl WuDunn, correspondents in Beijing for The New York Times from 1988 to 1993 and winners of a Pulitzer Prize for their coverage of the Tiananmen Square massacre in 1989. (Mr. Kristof and Ms. WuDunn, who are husband and wife, write separately, indicating which sections of the book are the responsibility of which author.) They grapple with the tension between democratic aspirations on the one hand and what Mr. Kristof calls "Market-Leninism" on the other. By Market-Leninism he means the combination of relatively free-market economics and authoritarian one-party rule. Both writers sense an "end of dynasty" atmosphere in China: very few people in China believe in Communism anymore, the old men at the top are dying and millions of Chinese, from high-ranking party cadres down to common soldiers and peasants, are trying to make money as fast as they can.
The question is what will happen to China once the old men are dead. Will the country disintegrate into warring factions or regions? Can the economic boom be sustained? What will emerge from the chaos -- Chinese fascism? Soft military authoritarianism? A form of democracy, perhaps? Mr. Kristof and Ms. WuDunn are wise enough not to prophesy. They know their chances of being proved utterly wrong. Instead, they tell us what they saw, and thought, in the course of their stay in Beijing. What they saw is, on the whole, more interesting than what they thought. The merit of their book lies in the anecdotes, in the descriptions of various people the authors met and got to know. Mr. Kristof and Ms. WuDunn are their best when dealing with individual Chinese, rather than with China.
Some of the stories they tell are horrendous. China was very keen to be host to the Olympic Games in 2000. To prepare for the inspection of Beijing by an Olympic delegation, the Government arrested dissidents and other problematic people. One of the victims was Wang Chaoru, a retarded man who was utterly harmless but whose very presence might have disturbed the delegates if they had chanced to look his way, speeding through town in their limousines. Wang was removed from his home and beaten to death by the police, as part of the official attempt to beautify the capital.
Then there is the story of Han Dongfang, an independent labor union organizer, active in the democracy movement in 1989. Since he felt he had done nothing wrong, he gave himself up to the police after the crackdown. He was jailed, refused treatment for a stomach ailment, deprived of blankets in the winter and then locked up for four months in a contagious unit, where he caught tuberculosis.
Subscribe to The Times
There is also Peng Yuzhang, a retired scholar of great distinction, who joined the pro-democracy demonstrations when he was in his 70's. He was arrested and shackled to a door-sized wooden board with a hole to allow him to excrete. He was kept that way day and night for three months, then sent to an insane asylum.
China being China, the wrath of the authorities after Tiananmen Square hit not only individuals but their families, too. Ren Wanding was a human rights activist. Like Han Dongfang, he refused to run away after the Tiananmen massacre. He was arrested. His wife and their young daughter were thrown out of their house. The daughter had a nervous breakdown. Their lives were wrecked.
Terrible as such stories are, some of them also show how quite ordinary people (with extraordinary courage) are fighting back. It is a mistake to assume, as foreigners often do, that dissent and protest are confined to the most educated people, living in cities. In fact, the weight of arbitrary, often petty tyranny falls heaviest on the people who are in no position to fend the authorities off through bribery or other means. As Mr. Kristof and Ms. WuDunn say, life in China hinges on one's contacts, or guanxi, in high places. China is a bit like a massive prison camp, where order is based on a Darwinian hierarchy in which the strong always bully the weak. 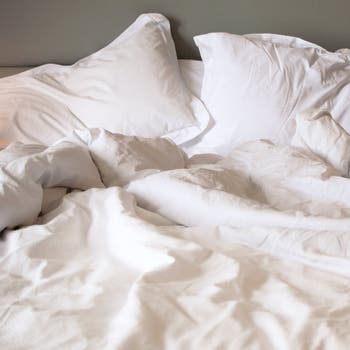 Why Am I Having Weird Dreams Lately? 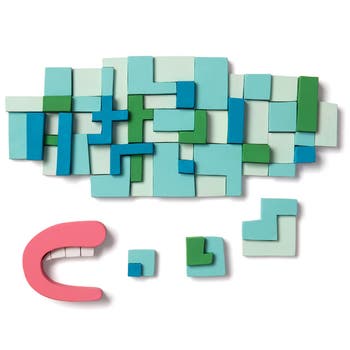 In the Battle Against the Machines, She’s Holding Her Ground 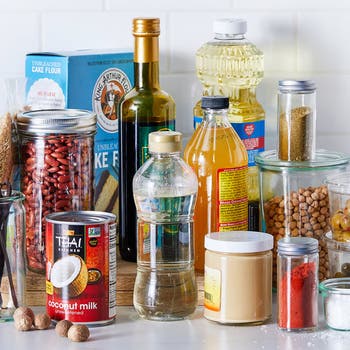 Missing an Ingredient? Here Are Substitutions You Can Use Instead

Ms. WuDunn points out that China is ruled by individuals (renzhi), instead of by law (fazhi). This is why corruption thrives: on every step of the social, political or economic ladder you will meet someone who demands his or her cut. Ms. WuDunn quite rightly calls this system "government by whim." And correctly she observes that "one of China's biggest challenges in the years ahead will be to build a fazhi, a system of laws, so that democracy and a market economy can take firmer root. Otherwise, tomorrow's democrats may simply turn into the following day's autocrats."
Up to a point, corruption (and other forms of crime) can be accommodated. It is, after all, a sign of economic life: money changes hands. And prostitution, gambling and other kinds of more or less shady entertainment, prevalent once again in China, are primitive forms of private enterprise. The problem is that without laws to protect property, and without ways to check the greed of officials, any market economy is bound to fail. Business can be squeezed so hard that it dies. And too much uncertainty inhibits investment.
Mr. Kristof and Ms. WuDunn have raised the right questions about China. Yet they have written an unsatisfying book. This is partly a question of style. Like many journalistic books, this one is too long. It should have been more tightly edited, and organized with more care. Points made by one of the partners are often repeated by the other. Mr. Kristof tells us that a yoga-like exercise called qi gong has prompted millions of Chinese to follow qi gong masters, who claim to be able to heal the sick and "fly through the air." So it is hardly necessary for Ms. WuDunn to tell us again in another chapter that millions of Chinese follow qi gong masters, who say they can heal the sick and "fly across the country."
There is a problem with the writing as well, which seems to be folksy and inflated at the same time. There is too much talk of what "Sheryl and I" feel about China, as in: "Sheryl and I were feeling pretty grim about China in the spring of 1992." Or: "Sheryl and I are never so optimistic about the future of mainland China as when we stroll the bustling streets of Taipei."
This tone spoils the otherwise interesting reporting on important events, like the Tiananmen massacre. After witnessing the shooting and seeing the wounded in a Beijing hospital, Mr. Kristof "ran the three miles back home, my senses overwhelmed, every element of my being furious with China." Then, after "embracing Sheryl for a long, desperate hug to drive away the demons, I pounded out my story on the computer keyboard. Our stories filled most of the front page the next morning." And so on. With such stirring material there is no need for the author to take center stage.
WHEN they concentrate on the serious argument that runs through the book, about the connection between politics and economic prosperity, Mr. Kristof and Ms. WuDunn are less bothered by deadlines and demons, and their conclusions are plausible, even though I don't always agree with them. Ms. WuDunn believes that China has moved from being a totalitarian state to being an authoritarian one. Since many areas of life, including economic life, have been freed from state control, this is clearly true. The question exercising Mr. Kristof is whether a certain amount of authoritarianism is helpful in making a country like China more prosperous.
He believes in democracy, particularly in countries with many well-educated middle-class people. But he is not so sure about the successes of democracy in poor countries, filled with millions of peasants. He points out that although China is less democratic than India, China is getting richer faster. "Dictators," he thinks, "worry less about public opinion and so perhaps are somewhat more likely to introduce unpopular but necessary economic measures." Once a prosperous middle class has emerged, he suggests, democracy can flourish. But if it is introduced too soon, chaos may work against economic development.
This is a commonly held view. But I have doubts about it. I don't believe that China's relative prosperity, compared to that of India, is due to the iron hand of the state. Nor do I think that the inherent messiness of more open, democratic systems necessarily hampers growth in poor countries. The point is rather that economies grow where people are free to trade and do business. Commerce in China today is actually less regulated than it has been in India until very recently. India was more democratic than China, but its economy was run as a closed shop. When people are relatively free to make money, and their property and investments are protected by law, they tend to do better than when such conditions do not exist. And democracy, even in poor countries, has usually been more effective in creating these conditions than dictatorships.
The issue, then, as far as China is concerned, is precisely the one brought up by Ms. WuDunn: Will there be the rule of law, or government by whim? If it is the former, there has to be more democracy, for dictators are above the law. That is what makes them dictators. And without the rule of law, whim is all there is left.
A version of this article appears in print on Sept. 18, 1994, Section 7, Page 13 of the National edition with the headline: In the Land of Market-Leninism. Order Reprints | Today’s Paper | Subscribe


Jerry Craft is the author and illustrator of the graphic novel “New Kid,” winner of the 2019 Kirkus Prize for Young Readers’ Literature.
Follow New York Times Books on Facebook, Twitter and Instagram, sign up for our newsletter or our literary calendar. And listen to us on the Book Review podcast.