As fears grow the 18-karat gold work of art could be melted down, the Italian artist says the robbery is "deadly serious" and not a prank.
Javier Pes, September 15, 2019

British police have arrested a man after burglars stole Maurizio Cattelan‘s solid gold toilet from Blenheim Palace. The conceptual work of art, reportedly worth around $5 million, is still missing 24 hours after the daring heist, leading to fears that the 18-karat gold work might be melted down.
A gang of thieves broke into the stately home near Oxford the night after Cattelan’s America (2016) had gone on display to the public. Police confirmed in a statement that the thieves had made their getaway by 4:50 a.m. on Saturday morning, having removed the high-value, heavy weight, and fully functioning work of art. It had been plumbed into the water closet once used by Winston Churchill.
The audacious theft will also cause red faces at Blenheim Palace and the Blenheim Art Foundation, which organized the Italian artist’s first solo show in the UK. Cattelan corrected speculation that the theft was a hoax. “I wish it was a prank,” he told the New York Times, adding that the robbery is “deadly serious if even a little bit surreal.”
The chief executive of Blenheim Palace, Dominic Hare, said in a statement: “We hope against hope” that America can be recovered.
Thames Valley Police confirmed that a 66-year-old man has been arrested in connection with the theft, and that he remains in custody. In a statement, Blenheim Palace said that it was relieved that no one was hurt during the robbery. The thieves did cause significant flooding when they removed toilet, however, and Blenheim Palace remained shut yesterday, September 14. It is due to reopen today. The extent of the damage to the historic interior of water closet near Churchill’s bedroom, and rooms beneath it, is unclear.

Installation view, Victory is Not an Option (2019), Maurizio Cattelan at Blenheim Palace, 2019. Photo by Tom Lindboe.
The thieves would have had the past six months to plan the robbery as the arrival of Cattelan’s America, the highlight of the exhibition, “Victory Is Not an Option,” was first announced in May. This has increased fears that the sculpture could be melted down. The gang used two vehicles to carry out the robbery, and remove the heavy toilet.
Ahead of Cattelan’s exhibition, Edward Spencer-Churchill, who is the founder of the Blenheim Art Foundation and the half-brother of the Duke of Marlborough, appeared relaxed about the risks of borrowing such a valuable work of art. He told The Sunday Times newspaper the America would not be “the easiest thing to nick.”
A spokesperson for the art foundation declined to say whether the piece was commercially insured. Blenheim Palace’s security would have had met national art museum standards to qualify for the UK government indemnity scheme.
Cattelan’s exhibition is the latest in a series of annual interventions by leading artists at Blenheim Palace, Churchill’s birthplace, which has been the home of the dukes of Marlborough since the 18th century.  Previous exhibitions have included solo shows by Jenny Holzer, Ai Weiwei, and Yves Klein, but none have generated the level of publicity caused by the theft of the Italian artist’s gold toilet.
Blenheim CEO Dominic Hare drew cold comfort from the theft, saying in his statement: “We hope that the wonderful work of our dear friend Maurizio Cattelan becomes immortalized by this stupid and pointless act.”
Follow artnet News on Facebook:
Want to stay ahead of the art world? Subscribe to our newsletter to get the breaking news, eye-opening interviews, and incisive critical takes that drive the conversation forward. Victoria’s Secret Weighs What’s Next, Rihanna May Be Onto 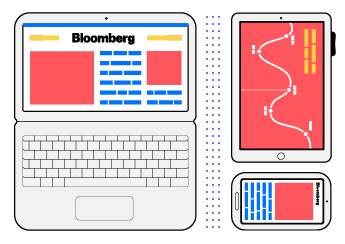 As Victoria’s Secret Weighs What’s Next, Rihanna May Be Onto Something

The once-dominant lingerie brand is retrenching as new rivals present clear and focused messages that are resonating with consumers.
By
Jordyn Holman
and
Rebecca Greenfield
14 de setembro de 2019, 11:00 WEST


NFLX
NETFLIX INC
294.15
USD
+5.29+1.83%
Victoria’s Secret, amid an identity crisis over its antiquated view of female beauty, is taking a step back to re-evaluate what to do with its annual fashion show. For guidance on how to proceed in the post-supermodel era, the company might want to take a look at Rihanna’s show on Sept. 10 at the Barclays Center in Brooklyn.
Sure, there were plenty of stiletto-clad models to promote her Savage X Fenty lingerie brand—some of whom have participated in past Victoria’s Secret events as well. But unlike those shows, Rihanna’s featured women of all shapes and sizes. The models were racially diverse, as well, representing nearly all the shades offered by Rihanna’s Fenty makeup line.

On the same day as the show in Brooklyn, Les Wexner—the billionaire founder of Victoria’s Secret parent company, L Brands Inc.—convened with investors in Columbus, Ohio, where a series of mostly male executives laid out plans to win back market share that’s been lost to upstart rivals like Savage X Fenty. Victoria’s Secret is in the initial stages of recasting its advertising: For now, it’s producing more black-and-white photos with a retro aesthetic and stylized videos touting product partnerships. The company says it will also produce better quality bras, improve in-store experience and  focus on “By Her, For Her,” according to Victoria’s Secret Lingerie Chief Executive Officer John Mehas.
But as L Brands moves tentatively forward, Rihanna and other competitors like Aerie and ThirdLove Inc. have their message nailed down. It’s built on inclusivity and diversity, and it’s letting them jump in and flood the neglected spaces in the market. Victoria’s Secret U.S. market share now stands at 24%, according to Coresight Research, down from almost 32% in 2013.

Related: Victoria’s Secret Has More Than a Jeffrey Epstein Problem

Savage X Fenty isn’t just gaining ground with more diverse models. The product offerings it showcased on the runway were diverse as well, from bralettes and body suits to sports bras and nighties, in addition to the barely-there sets that Victoria’s Secret specializes in. The message that intimate apparel can be functional, as well as sexy, is resonating.

While Victoria’s Secret hasn’t publicly canceled its 2019 show, executives said in May it wouldn't be broadcast on TV for the first time in more than two decades, following years of viewership declines. In 2018, the show drew its smallest-ever audience of just 3.3 million viewers, down from more than 5 million the year before. That, in turn, is down from a 2011 broadcast where nearly 10.3 million people tuned in.
Asked about plans for this year’s show, an L Brands spokeswoman referred to comments from Mehas during the investor event. “We've also made some recent marketing changes,” he said on Sept. 10. “We're re-evaluating the fashion show. We are taking time to evaluate the right marketing strategy going forward.”

Rihanna’s show, in contrast, will be available to Amazon Prime’s more than 100 million subscribers on Sept. 20. A Nielsen study shows the median age of viewers for digital services like Prime is 40, younger than broadcast TV viewers and closer to Victoria’s Secret target of women in their early 30s.

1
Savage X Fenty has also been quick to pounce on the growing acceptance—and celebration—of transgender models. Rihanna’s show featured Laverne Cox, a transgender actress nominated for an Emmy Award for her role on Netflix’s Orange is the New Black. Her arrival was met with screams and applause. That contrasts with comments from former Victoria’s Secret Chief Marketing Officer Ed Razek, who said in a Vogue interview last year that he didn’t think transgender models should be in the show. The company has since reversed course, hiring its first transgender model for a photo shoot earlier this year.
Razek, who left Victoria’s Secret in August, also said when the company tried to do a television special for plus-size models in the early 2000s that “no one had any interest in it, still don’t.” Rihanna’s show went beyond a token plus-size model and featured many women of different sizes and abilities, including a model with prosthetic legs. Last year’s show had a pregnant model who went into labor right after the event.

“These brands are losing customers and pricing power while competition is increasing,”  said Jefferies analyst Randal Konik in a research note about L Brands titled “Don’t Buy the `Sexy Illusion.’” While it’s good that management has acknowledged that change is needed, “consumer perceptions of brands are hard to change,” he said.

When it comes to investment, the upstarts are making their presence felt: Savage X Fenty announced a $50 million funding round earlier this month. ThirdLove, an online lingerie seller, recently opened its first pop-up shop this summer in Manhattan’s SoHo district after raising $55 million earlier this year. Meanwhile, L Brands shares have fallen 26% this year, compared with a 20% gain for the S&P 500 index.
Victoria’s Secret is aware of the challenge. As its CEO Mehas said:  "There’s a big belief in the company that we need to evolve.”
UP NEXT

Have a confidential tip for our reporters?
GET IN TOUCH
Before it's here, it's on the Bloomberg Terminal.
LEARN MORE
by Taboola
Sponsored Links
Posted by Cabecilha at 7:55:00 AM No comments: