what a jerk!... Gates, Epstein, the prize

Bill Gates Thought Epstein Was His Ticket to a Nobel Prize 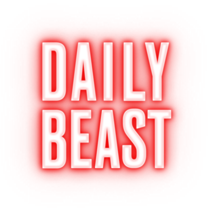 EYES ON THE PRIZE

The prize “is what Bill wants more than anything else in the world,” one former Gates Foundation employee said.

Bill Gates enjoyed holding court at Jeffrey Epstein’s Manhattan mansion, allegedly seeking refuge from his marriage and talking with the sex offender’s circle of high-profile dinner guests about philanthropy and other worldly topics.

But the Microsoft mogul may have been angling for another perk by networking with Epstein: Gates hoped the well-connected pervert could help him secure the Nobel Peace Prize, one former Gates Foundation employee told The Daily Beast.

This person said members of the foundation’s communications team were alerted to Gates’ relationship with Epstein and were told it “was a maneuver to try to get himself a Nobel Peace Prize.” They said the tech mogul had even kept some employees on call on prize day in years past just in case he was awarded the distinction.

“We were aware of things that were potential reputational risks for the foundation and the co-chairs, Bill and Melinda,” said the former employee. “Even back then, people knew this guy wasn’t squeaky clean,” the person said, referring to Epstein.

“He thought that Jeffrey would be able to help him, that he would know the right people, or some kind of way to massage things, so he could get the Nobel Peace Prize.”
— Former Gates Foundation employee

“He [Gates] thought that Jeffrey would be able to help him, that he would know the right people, or some kind of way to massage things, so he could get the Nobel Peace Prize, which is what Bill wants more than anything else in the world,” the staffer said.

“I think he was ultimately disappointed it didn’t work out,” the person added.

Epstein was known for cultivating a rolodex of elite contacts from around the globe: billionaires, royals, celebrities, politicians, and prominent scientists, including Nobel laureates Frank Wilczek, Gerald Edelman and Murray Gell-Mann. The money-manager also opened various “nonprofits” over the years to steer millions to his friends’ projects and to fund research at institutions including the Massachusetts Institute of Technology and Harvard University. Researchers continued taking Epstein’s money despite widespread reports of his abuse of underage girls and young women.

The former staffer’s claim that Gates thought Epstein was his ticket to the prestigious prize adds fuel to a Norwegian newspaper’s report last year that highlighted a 2013 meeting with Gates, Epstein, and the Norwegian Nobel Committee’s chairman at the time, Thorbjørn Jagland.

A spokesperson for Bill Gates, however, denied the billionaire philanthropist was seeking Epstein’s help in obtaining the award.

“While a Nobel Prize would certainly be a great honor, it is false to state that Bill Gates was ‘obsessed’ with the honor, set it as a goal, or campaigned for it in any way,” the spokesperson told The Daily Beast. “If Epstein had a plan or motivation to insert himself into any processes related to any awards or honors on behalf of Gates, neither Gates nor anyone he works with was aware of his intentions and they would have rejected any offers for assistance.”

Since his divorce announcement this month, Gates has faced a torrent of scrutiny over his ties to Epstein, whom he met dozens of times after Epstein went to jail for soliciting a minor and had to register as a sex offender. Over the weekend, The New York Times and The Wall Street Journal published reports on Gates’ alleged history of hitting on employees and his extramarital affair with a Microsoft engineer.

“It was not a secret within the foundation that he had dalliances,” the former foundation employee told The Daily Beast. Of Melinda’s attitude toward the infidelity, the employee added, “I don’t think it was a wink-wink permissive thing at all. I think she was humiliated and did not like it.”

According to People, Bill and Melinda Gates will continue as co-chairs of their foundation, even as they divide their $130 billion in marital assets, because of their shared ambition for the Nobel Prize. One source told the magazine: “They were really interested in trying to win a Nobel Prize. So one thing that was part of this is, if it gets worse, then it ends that. It seems as if that was on the agenda, and that’s for both of them.”

Bill Gates may have had the prize on his mind in March 2013, when he and Epstein reportedly visited Jagland’s home in Strasbourg, France.

The rendezvous was revealed by Dagens Næringsliv, Norway’s largest business newspaper, in an October 2020 report. At the time of the meeting, Jagland was chair of the committee which awards the Peace Prize, and Gates was a potential candidate for the honor.

The meeting also included members of the International Peace Institute (IPI)—a think tank run by former Norwegian diplomat Terje Rød-Larsen that Epstein’s secret charity lavished with a $375,000 donation in 2017. (Rød-Larsen resigned from the New York-based IPI last October after it was revealed his group received $650,000 in donations from Epstein, who also provided him with a $130,000 personal loan.)

According to DN, Jagland said Gates and Epstein arrived at the Strasbourg meeting together, and Epstein introduced Gates to IPI for a “polio eradication project.” Rød-Larsen didn’t attend the meeting but is a longtime friend of Jagland.

Rød-Larsen also had longstanding ties to Epstein, who issued press releases touting his support of IPI while he worked to rehabilitate his image following his 2008 conviction in Palm Beach, Florida. (As The Daily Beast reported Sunday, Gates allegedly encouraged Epstein to revamp his reputation in the media.)

In an email to DN, Jagland claimed Gates asked to meet him while he was in France and that their discussion centered not on the Nobel, but around human rights organization Council of Europe’s work on counterfeit vaccines. Asked if he thought it was a conflict to socialize with a possible Nobel laureate, Jagland told the newspaper: “Bill Gates was not nominated for the Nobel Peace Prize in 2013.”

And, in September 2013, Bill and Melinda Gates spoke at IPI’s “Eighth Annual Ministerial Working Dinner on the Middle East.” A writeup of the event indicates the couple were “special guests” who “discussed the ongoing efforts of their foundation to eradicate polio and cited the connection between health and security.”

When asked about Gates’ meeting with the Nobel committee chairman, a spokesperson for the billionaire directed The Daily Beast to a 2019 statement, which says: “Multiple high-profile people suggested that Bill Gates meet with Epstein because he made claims of being able to bring billions of dollars into philanthropy based on his status as an agent and advisor to wealthy individuals with respect to their giving strategies.

“Given the prospect of helping catalyze significant increases in charitable giving, Gates met with Epstein and others multiple times to discuss philanthropy and the work of his foundation. Although Epstein pursued Gates aggressively, Gates had absolutely no business partnership or personal friendship with Epstein. Gates never socialized with Epstein or attended parties with him.

“It’s become clear that Epstein misrepresented the nature of his meetings with Gates while also working to insert himself behind-the-scenes without Gates’s knowledge. Bill Gates regrets ever meeting with Epstein and recognizes it was an error in judgement to do so.”

The Strasbourg meeting may not have been Gates’ only visit abroad with Epstein.

In August 2019, the French news outlet Franceinfo reported on a roster of famous visitors to Epstein’s Parisian apartment, which included Bill and Melinda on at least one occasion, according to the financier’s former butler. A spokesperson for Melinda Gates told The Daily Beast that Melinda has never been to Epstein’s Paris home.

In spring of 2013, Epstein and his friend Lawrence Krauss appeared to be touting Gates’ appearance at a future panel at Arizona State University in 2014.

Krauss, a theoretical physicist who led ASU’s Origins Project and left the university amid sexual misconduct allegations, name-dropped Gates in an email to a prospective panelist for the event, which was later canceled. (Epstein had donated $250,000 to the Origins Project, while his buddy, billionaire hedge-funder Leon Black, donated $2 million, according to Buzzfeed.)

In an email obtained by the Daily Mail, Krauss indicated Epstein was organizing a panel on the “Origins of Money" and that "right now he has Bill Gates, Richard Branson, Larry Summers on board.” Through a spokesperson, Branson denied having anything to do with the event, while Summers apparently didn't comment for the article.

Reached by The Daily Beast, Krauss would only say that the panel never happened. “Since I don’t know Gates or these people, I can’t comment,” he said.

— with additional reporting from William Bredderman