For new golfers, an uncluttered mind is a beautiful thing

Bad shots plague every golfer, from tour players to someone picking up a club for the first time. The reaction is usually one of anger or resignation, which can carry over into the next shot and cause more exasperation. Before you know it, you’re on the final hole in a daze, unsure of how everything went so wrong.

Pia Nilsson and Lynn Marriott are here to save you from yourself. The two women were working as golf coaches—Marriott after a collegiate golf career and Nilsson after playing on the LPGA Tour and coaching the Swedish national teams—when they created Vision54. It’s a golf school in Scottsdale where people can go to get on-course training from the performance gurus. Nilsson and Marriott also work with professionals on the LPGA Tour and PGA Tour. Ten are major-championship winners, including Annika Sorenstam, Suzann Pettersen and Ariya Jutanugarn.

RELATED: Golf's mental-health benefits are not just the ones you think

Nilsson and Marriott believe that the key to good golf starts with a healthy mental approach, and a major part of that is learning how to react to bad shots. Their research in neuroscience has informed their teaching. For example, the way a person reacts emotionally to an event affects the way that person’s brain stores the memory. If you get mad after a bad shot, the shot and that negative reaction are stored in your mind. The more you replay it, the more prominent the memory becomes. Because of those negative reactions, your brain starts to associate golf shots with something scary, something to avoid. This can be detrimental to your game.

If you shouldn’t get mad after a bad shot, then what should you do?

Here are five things Nilsson and Marriot say you can tell yourself instead of cursing or tossing a club when your ball ends up in a bunker:

(4) “I was thinking about the outcome instead of feeling my tempo.”

Most of the golfers Nilsson and Marriot work with have been playing golf for a while, so they have been “brainwashed” to think about the result and not the process. The advantage that beginners have is that there are no bad habits that need reworking. It’s a lot easier to start out thinking like this on the golf course than trying to train yourself to do it after years of agonizing over bad shots.

The good news is that the way our brains store memories works for positive emotions, too.

“When you do something well, you should celebrate it for about 15 seconds, even if it’s just internally,” Nilsson says. “Anything from great to good to good enough you need to recognize and take in and be proud of it.”

Nilsson also suggests talking about good shots after your round.

“What we practice, we get good at,” she says. “If I practice reminding myself of good shots and what I do when I hit good shots, it’s going to be easier to do those things more often.” 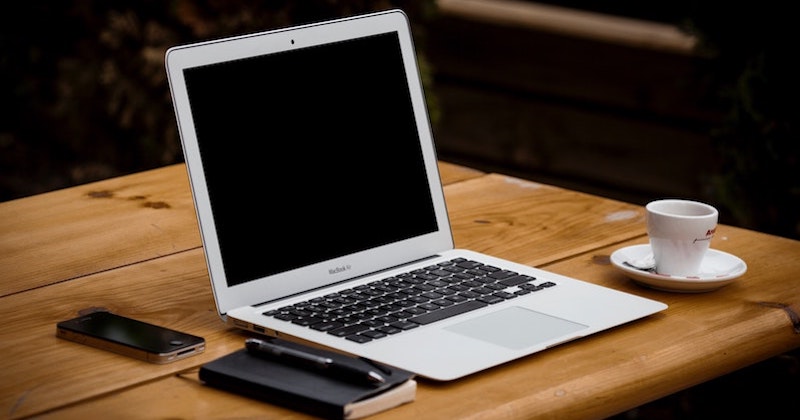 Learning, Practice, and Repetition: Why the Act of Writing Is Work

Jessie Greengrass on the Intersection of Muse and Routine

If there is anything I believe to be foundational to the business of writing then it is this: writing is work. To frame it in this way is to acknowledge that good writing doesn’t come out, fully formed, at two in the morning; and nor does it require anything extraordinary in the way of genius or education, although of course it’s possible to have an aptitude for it, and reading helps.

Instead, good writing happens, in increments, between everything else that needs to be done. To believe otherwise feels, to me, like a form of exclusion, keeping out anyone who might have parts of their lives which must take precedence: bills to be paid or people to be cared for, appointments which can’t be missed, worries, aches; whereas to define writing as work is to believe both that it can be learned, and that it can be put aside. It is to delineate it as part of the ordinary. It is to state that, far from being esoteric, like gold leaf on a halo, writing requires in the main what all things require if one wants to make a decent fist of them: learning, practice, repetition.

I didn’t start out wanting to be a writer. As a child I wanted to be all sorts of things, most of them absurd, and then at university I studied philosophy and thought I wanted to do that; but afterward, everything crumbled and I found myself passing, more and more unwell, through the offices of a series of therapists, redirected like an unwanted parcel from one to the next. In each I sat, mute. Although my interior voice was articulate—although I knew what I wanted to say—I found that I was unable to speak. In each new chair I perched, smiling, knotting my fingers together with nerves until, in a third-floor office in Swiss Cottage, after another excruciating silence, a woman in smart shoes whose name I have forgotten told me to go home and keep a diary.

Afterward, I was sent on again, to a psychiatrist with an enormous beard, but by that point, I had found the loophole: while I still couldn’t bring myself to talk, I could write, and also that doing so was like the release of a valve, taking all the air out of me. I began to write more often, and with more attention, trying to do so, not just as a means of relief, but in order to make work that felt complete—although it would be some years and many more offices before I was well enough to write anything which could be read in the way that I wanted it to be. Deep unhappiness, anxiety, that caged feeling in which you are your own cage—none of these make writing easy.

To write a story or an essay which feels well-made, which values successful communication, bridging the gap between oneself and others, requires, paradoxically, a separating distance: the imposition of structure between oneself and the self about which you are writing, even if those two might seem to be the same self or versions of the same self. Personally, I have found that to be able to write in this way, with the intention of saying what I mean, I need routine and habit. Even if the time available is short, which it often is, I need to partition it. I need to know when it is time to write so that I can make myself do it, in the same spirit which I have done every other job of work in my life: resentfully, with moderately bad grace.

Of course, there is another part of writing, and it has taken me a very long time to understand that this too is work. There is the way an idea arrives, as though from nowhere, and there is the solving of a problem, the finding of a lost word. These things can seem miraculous: the way answers present themselves, rising from nothing to awareness—but they are ordinary miracles, versions of the same mechanism which allows us to recognize faces or to hear when a note is in tune; to estimate distance; to pull out into traffic. It is a kind of muscle memory of the mind, derived from practice and embedded deep below the surface, and although to be stuck with a story and then to suddenly see the way forward might feel like magic, the thing which is magic isn’t the writing but the mind itself—the way it works, churning away somewhere in the illegible, meaty heart of itself, generating everything we are.

There is the way an idea arrives, as though from nowhere, and there is the solving of a problem, the finding of a lost word.

For a very long time, after I first started trying to write regularly, this was the part that I couldn’t codify. For days I would spend my writing time at my computer, typing and deleting the same sentence over and over again, unable to understand why it wouldn’t come good—nearly in tears, sometimes, with frustration; and then, furious with myself for wasting time on something which didn’t seem to be work, I would go for a walk. At which point, of course, the answer would present itself. It has taken me almost all of the intervening years to realize that the walk is a part of the writing. Perhaps some people can think on purpose while staring at a screen, but I am not one of them. I can’t generate an idea consciously. Instead, I have to perform a kind of sleight of hand called doing other things.

I can’t think at my desk. I can’t think while folding washing, because folding washing requires the wrong kind of attention. I can’t think while talking or reading or playing with my children. I can think while washing up, sometimes. I can think while gardening, often. I can think best, though, while running, which is why I run, but I can’t do it if I’m trying to run well, or fast, so I run badly, and slowly. It feels to me as though what I am trying to do, when I am trying to do that bit of writing which is not actually writing, is to decouple my mind from my body—to generate something like a fugue state by giving my arms and legs something familiar and repetitive to get on with so that my thoughts can turn by themselves.

It has taken me years to have the confidence to understand that running is a reliable way of thinking and that, because it is reliable, it is also a kind of work—or it is a necessary prelude to work, and so is not prevarication or time-wasting. This is how I always begin, now: moving at a gentle trundle along the cliff path, leaning into the wind or squinting through the rain or, on the occasional rare morning which feels like a reprieve, warmed by the sun, trying to find out what it is I want to say so that I can go home and do the other bit, which is building the framework to fit the idea. 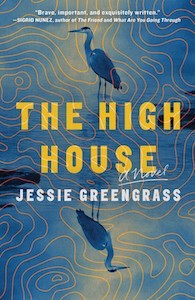 The High House is available from Scribner. Copyright © 2022 by Jessie Greengrass.

Jessie Greengrass was born in 1982. She studied philosophy in Cambridge and London, where she now lives with her partner and child. Her story collection, An Account of the Decline of the Great Auk, According to One Who Saw It, won the Edge Hill Prize 2016 and a Somerset Maugham Award, and she was shortlisted for the PFD/Sunday Times Young Writer of the Year. Sight is her first novel.
Posted by Cabecilha at 5:31:00 PM No comments: