“The Views of the Majority Don’t Align with My Own”: Artists React to Brexit Vote

“The Views of the Majority Don’t Align with My Own”: Artists React to Brexit Vote (screenshot by Hyperallergic via Twitter)
LONDON — After two days of torrential rain, I woke up at 6am this morning to bright sunshine, surely a sign that all would be well. But it would appear the gods were in favor of Brexit. As soon as I checked my phone, the sad news of our country’s decision hit home; texts from fellow insomniacs ridden with expletives reinforced my grief and there has been talk of nothing else since. As of this writing, the sun is still shining, but everyone remains downcast — none more so than the Londoners, whose boroughs came out overwhelmingly in support of staying in the European Union. Even David Cameron, once a hated figure, elicited some sympathy as he announced his resignation this morning. And though all are angry with the decision, the disappointment with our countrymen supersedes it all. In the hours after the referendum’s outcome became clear, our feeds were filled with messages of mourning and only half-joking intentions to leave the UK. A petition was even started to lobby London mayor Sadiq Khan for the city to become its own state, to stand apart from a country we no longer recognize as our own.
As the day unfolded, politicians who voted to leave backtracked on false promises and we were confronted with Donald Trump’s smug smile as he descended on his luxury golf course in Scotland. There was sympathy from the Germans, the Italians, and the French, as well as rallying cries from those countries’ own nationalists calling for further referenda across the continent. Scotland, which held its own referendum for independence in 2014, is set to call another in the wake of the Brexit vote, and there was even talk of the reunification of Ireland. So what does it mean for us?
I, for one, will be renewing my long-expired Italian passport post haste, while my brother is taking it one step further and considering emigrating. “I feel devastated,” he told me. “We can emigrate if we want, but I’m torn … I don’t see things ever getting any better, but I don’t want to leave this country to rot in the hands of fascists as it’s the people who can’t afford to leave who will suffer.” London-based artist Will Jenkinson also voiced plans to leave. “Before the referendum, I had already planned to relocate to Glasgow due to the soaring rent prices in a city that feels like it’s being sold off to the highest bidder without any concern for the people and their communities,” he said. “Now the result of the referendum confirms that the views of the majority don’t align with my own. … At times I have found the propaganda used by the press unbelievable.”
Beyond anger with the right wing press, there is also much ire aimed at the older generations, the conservative parents and grandparents who benefitted from the baby boomer years of plenty and left future generations scraping by and saddled with student loans. One particularly callous diagram making the rounds on Facebook calculated the average age of those who voted out and how long they would have to live with the decision.
As the value of the British pound dropped dramatically, it was obvious we’d made a huge mistake, and no number of Arrested Development memes could make it better. Many artists in London who are already accustomed to uncertain incomes are increasingly concerned about the effect Brexit will have on their lives. “I woke up this morning in a country that makes me feel sad and scared, not proud and independent,” said illustrator Charlotte Trounce. “I’m starting to worry about how a recession could affect my work and income and I will definitely consider whether it’s right for me to stick around.”
London is winding down for the weekend and it feels like any other summer evening, but tonight there will be talk of nothing else in the pubs and squares of our capital. We will anxiously await news of the immediate steps in the long process of Brexiting and try and muster up some optimism for the future of our country.

BrexitCharlotte TrounceFeaturedWill Jenkinson
Hyperallergic welcomes comments and a lively discussion, but comments are moderated after being posted. For more details please read our comment policy. 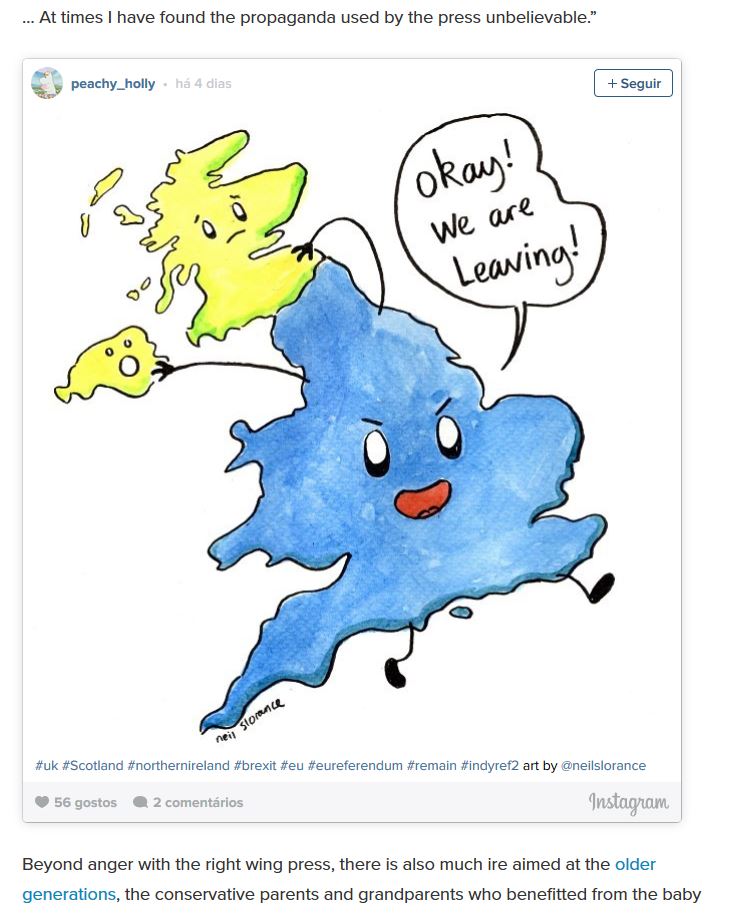 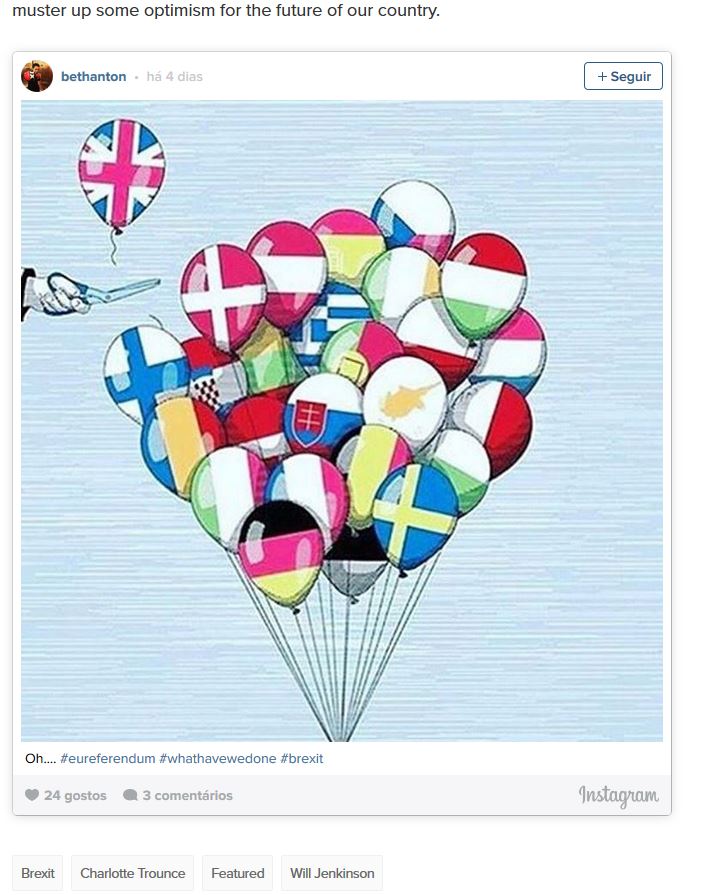 Comics || How To Use Your New Art Degree

How To Use Your New Art Degree