PHOTOGRAPHY ON A POSTCARD 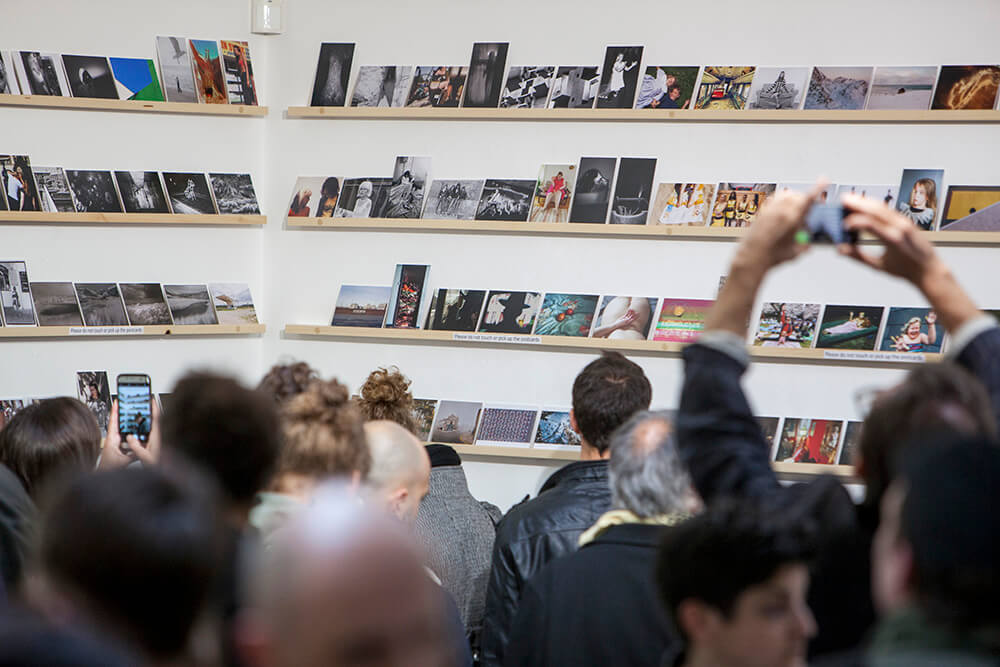 Art on a Postcard and Photo London are delighted to announce their partnership for this year’s Fair. Art on a Postcard’s “Photography on a Postcard” will offer fairgoers the unique opportunity to own a one-off edition by a world-renowned photographer for just £55. But there’s a twist – the images will be anonymous. Fairgoers are able to choose which of the 350 postcard sized photographs they would like buy but the photographer will only be revealed at the end of the Fair.
Priority will be given to those pre-registered online and all money raised goes to The Hepatitis C Trust’s campaign to eliminate hepatitis C from the UK by the year 2025.
Photographers taking part this year so far include Bruce Gilden, Mark Power, Homer Sykes, Maggie Taylor, Lottie Davies, Nick Brandt, David Titlow and, Alma Hasar Karine Lavan, Scarlett Hooft Graafland. A full list of the photographers taking part in this year’s Photography on a Postcard will be available before the event.
Register your interest to be first in the queue. 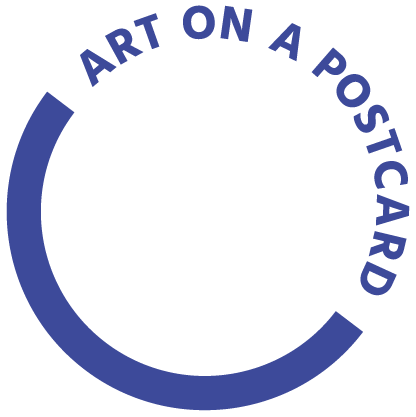 Ever fancied owning a one-off, signed edition from Bruce Gilden, Mark Power, Maggie Taylor, Karine Laval or Nick Brandt? Well now you can. Thanks to Photo London’s Photography on a Postcard initiative. Works from a series of world-renowned photographers (postcard sized, of course) will be on display alongside photographs from the industry’s rising stars at Photo London this year, with fairgoers offered the chance to purchase a piece from the exhibition for a mere £55. But there is a twist – the works are anonymous, and will remain uncredited until after the sale.
Here’s how it works: A list of participating photographers is circulated among Photo London attendees. Each attendee has the chance to pre-register here to purchase a photograph. After the exhibition’s private view, the show will open to the public and the sale begins. After the photographs have been sold, their credit will be revealed. All money raised from the sale will be donated The Hepatitis C Trust, which aims to eradicate Hepatitis C by 2025.
See a selection of images from the show below. And find out more about Photography on a Postcard here.


Photography on a Postcard - Artist announced after sale

How did the Rockefellers shape the modern art market?

How did the Rockefellers shape the modern art market?

Ahead of the sale of the David and Peggy Rockefeller collection at Christie’s this week, the family's archivist examines their approach


How did the Rockefellers shape the modern art market?

Ahead of the sale of the David and Peggy Rockefeller collection at Christie’s this week, the family's archivist examines their approach

Abby’s tastes had a powerful impact on her children, David Rockefeller in particular. When he and his wife, Peggy, began collecting in the late 1940s, Alfred Barr was their principal mentor, as he had been for Abby in the 1920s and 30s. He honed their knowledge of the Impressionists, Post-Impressionists, Fauves and their successors, and introduced the couple to dealers he thought reputable–Dalzell Hatfield, Georges and Daniel Wildenstein, Sam Salz, Justin Thannhauser and Paul Rosenberg.
In 1955, Rosenberg and Barr played a role in the Rockefellers’ acquisition of Manet’s La Brioche (1870), Seurat’s the Roadstead at Grandcamp (1885) and Cézanne’s Boy in a Red Waistcoat (1893-95) for a total of $500,000 from the mining magnate A. Chester Beatty. In return for the Rockefellers’ agreement to leave the Cézanne to MoMA, Barr convinced Rosenberg to allow them the first choice of the 80-odd Impressionist paintings in Beatty’s collection. As David later said: “Had I been able to afford them, I would have been very tempted to buy them all.”
A decade later, William S. Lieberman, MoMA’s curator of paintings and sculpture, negotiated the $6m sale of 47 paintings by Pablo Picasso and Juan Gris from Gertrude Stein’s estate to a syndicate headed by David and his brother, Nelson Rockefeller. Among the works was Picasso’s Girl with a Basket of Flowers (then valued at $845,000) and Reservoir: Horta de Ebro (valued at $325,000), which was later donated to MoMA.

The library at East 65th Street, where Picasso’s Fillette å la corbeille fleurie (est in the region of $90m) was displayed Courtesy of Christie’s

MoMA’s curators (including Dorothy Miller, William Rubin, Kirk Varnedoe, Christophe Cherix, and its current director, Glenn Lowry) continued to advise the Rockefellers, alongside dealers, particularly the late Eugene Thaw. But inevitably, there were a few misjudged buys: an Albert Bierstadt landscape that turned out to be a much less valuable Hermann Herzog, and a Thomas Sully portrait of a young gentleman actually painted by an unidentified artist. Most intriguing is a small Diego Rivera watercolour, bought by David from a Maine lobsterman, who had inherited it from his wealthy employer. More than 40 years later, it was found to be a well-done fake.
The post-war works of the Abstract Expressionists were, for the most part, not to the Rockefellers’ tastes. However, they did buy an early Rothko in 1960 for $9,000, which David hung in his office. He sold it at auction in 2007 for $72.8m, a then-record price, and remarked to me at the time that it “might have been the best investment I ever made”.
However, in general the Rockefellers bought art because it appealed to them, not because they expected a hefty return on their investment. Neither would have anticipated the value of their collection today, nor would Abby have foreseen the impact her own avant-garde leanings would have on the museum collections and the art market of today.
• The Peggy and David Rockefeller Collection, 8-10 May, Christie’s New York. All proceeds will be donated to charity

The masterpieces that got away: Noah Charney presents the Museum of Lost Art


BLOG IN THE FRAME

The masterpieces that got away: Noah Charney presents the Museum of Lost Art

Featured in The Museum of Lost Art: a tapestry copy of The Justice of Trajan and Herkinbald now in the Historical Museum of Bern Phaidon
Imagine a museum of lost art crammed with masterpieces that have, over the centuries, been looted, destroyed in war, accidentally demolished or attacked. This is the fascinating premise of a new book by the US scholar Noah Charney, published by Phaidon. The tome begins with an analysis of famous thefts including the notorious Isabella Stewart Gardner Museum heist of 1990 when 13 works, including Vermeer’s The Concert, were stolen from the Boston museum. Consider also Russborough House, a country house in Ireland that has been plundered on four separate occasions. Other sections are just as riveting, from “accident” (covering the Momart warehouse fire in London in 2004 which ravaged works owned by Charles Saatchi) to “acts of god” (the 1966 flood of Florence when the swelling River Arno ruined works such as Paolo Uccello’s Creation and Fall, 1443-46). There are also intriguing tales of works deliberately annihilated by artists—think of Gerhard Richter who burned around 60 works in the early 1960s (he was displeased apparently with the blurred paintings based on photographs). Charney also throws up some art world mysteries—what happened to Van Gogh’s Portrait of Dr Gachet (1890), sold in 1990 to the Japanese businessman Ryoei Saito who wanted to have the work cremated with him when he died (Saito died in 1996; the painting’s whereabouts remain unknown). Crucially, Charney points out that “the works selected also offer an alternative history of art. Most art history today uses a core of some 200 or so extant historic works, illustrated and discussed over and over again.”