BOOKS | Hey Lazybones: Push Yourself to ‘Read Harder’ in 2017

Want a challenge in the New Year? Book Riot has you covered with Read Harder. We’re looking at this, Oscar categories, and more in today’s Daily Blunt.
You’re reading, but are you truly growing? Recognizing book lovers’ instinct to take the easy road, clinging to simpler formats and pursuing existing interests, Book Riot invites us all to participate in their third annual Read Harder challenge. They’ve broken the challenge down into certain criteria you must meet in your book selections for 2017, ranging from the relatively obscure (“Read an LGBTQ+ romance novel”) to the fairly general (“Read a book about sports”), stretching your worldview to include as many unfamiliar perspectives as possible. If your critical thinking muscles have sagged a bit since college, now’s your chance to whip yourself back into fighting shape! 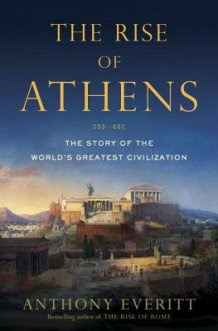 The Rise of Athens


On the heels of yesterday’s rulings from the Academy about what constitutes an “original score,” it shouldn’t be surprising that we’re also experiencing shakeups in terms of what Oscar voters will consider an “adapted screenplay.” It turns out that “Moonlight” and “Loving” — which had both been vying for original script nominations — have been reclassified as adaptations at the last minute. The former owes its inspiration, however loosely, to a stage play, while the latter hewed too closely the HBO documentary “The Loving Story” to be considered a truly original work. This shakes up the race in both categories, since “Moonlight” had been imagined to be a major contender in its previous slot. How will it fare against films that enjoy a more solid literary connection?
Speaking of the Oscar nominees, BUST magazine has a bone to pick with the voting community for basically drumming Nate Parker out of the race due to his college-aged acquittal on rape charges, while basically ignoring the more recent ones leveled against Casey Affleck for sexual harassment and assault of women he’s worked with on various film projects. “The Huffington Post recently speculated that media outlets aren’t asking Affleck about his seedy past because there’s a risk of them losing access to [Matt] Damon and the older Affleck if they ask relevant questions to serious crimes,” BUST observes, pointing out the parallels to Woody Allen and others who end up being shielded from association with their alleged abuses thanks to a “complicated and artistic” public persona.
What happens when you take four hundred different adaptations of A Christmas Carol and edit them into one huge supercut? Unbelievably, you end up with a fairly coherent, hourlong version of Dickens’s classic tale, as you can see for yourself in the video below. This project encompasses snippets of everything from “Sandford and Son” to “Tales from the Crypt,” all whipped into a potent holiday brew that will keep you spellbound in amazement over just how many versions of this story have been committed to film. Not to be missed: the full five-minute montage of actors saying “Bah, Humbug!”

BOOKS | Let It Flow: 10 of the Best Books on Creativity

Let It Flow: 10 of the Best Books on Creativity

The best books about creativity can simultaneously spark new ideas in the reader while also giving them a compelling narrative to follow. Sometimes this can come from writers or artists taking a step back and recounting the ways in which their craft comes together; in other cases, it might involve a historian following the way that certain practices have evolved over time, or a journalist’s deft observations and interrogations on how insights and creative breakthroughs can happen. 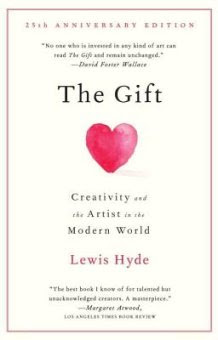 
Books about creativity can also encompass more than simply the creation of art. One memorable take on the subject examines principles associated with the making of creative storytelling and applies them to the way that companies and businesses can operate. Just as no two artists have the same working methods, so too might your next bolt of inspiration come from an unexpected place, be it a groundbreaking building, a compelling work of art, or a spare Oblique Strategies deck. One of these books might hold the key to your next creative breakthrough–or it might just help you better understand the world around you.

The Gift: Creativity and the Artist in the Modern World by Lewis Hyde
Lewis Hyde’s The Gift, first published in 1983, is considered a classic by some. A 2008 profile in the New York Times Magazine argues that it “tries to reconcile the value of doing creative work with the exigencies of a market economy,” a concern that only seems to become more relevant with each passing year. The range of subjects covered in this book is vast, from artistic inspiration to sociological observations to musings on the human condition–and its influence remains deeply felt today.

Big Magic: Creative Living Beyond Fear by Elizabeth Gilbert
Elizabeth Gilbert is known equally for her fiction and her nonfiction, both of which fall into the realm of the critically and commercially successful. In this recent book, she examines the roots of creative pursuits and puts a definite emphasis on the importance of curiosity in one’s life.  In a memorable 2015 interview, Gilbert discussed the book’s origins, and mentioned that its approach could be considered idiosyncratic: “It’s not for everybody. It’s for whoever finds that it’s helpful for them.”

About Writing: Seven Essays, Four Letters, & FiveInterviews by Samuel R. Delany
The writings of Samuel R. Delany have crossed genres, earned critical acclaim, and established their author as one of the most singular voices in American literature. In this work, Delany both offers advice (in abundance) to writers while also examining the way that the role of the writer in society has changed over the years, a question that he has also pursued through his fiction.

Creativity, Inc.: Overcoming the Unseen Forces That Standin the Way of True Inspiration by Ed Catmull with Amy Wallace
For Ed Catmull, creativity isn’t just something that arises when someone sits down in front of a blank page or bare canvas. Catmull is the co-founder of Pixar Animation Studios, known for a number of films that feature innovative storytelling while still resonating with massive audiences. Here, he translates his experiences working there into a book about business that offers advice for those looking to transmute that sort of creativity on an organizational level.

Hammer Head: The Making of a Carpenter by Nina MacLaughlin
For some, inspiration and rebirth can come from an unexpected path. Nina MacLaughlin’s Hammer Head documents her shift away from a job writing at a newspaper and her embrace of a very different sort of craft. MacLaughlin’s narrative shows the way that a different kind of pursuit can create new connections and spark a host of insights along the way.

The Paris Review Interviews, Volume 1
Sometimes, one of the best ways to learn about creativity comes from hearing creative people talk about their process, their inspiration, and the way that everything comes together for them. Over the last few decades, The Paris Review has regularly published definitive interviews with some of the best writers out there. Several volumes collect highlights from the series; this first one contains talks on life and art with the likes of Jorge Luis Borges, Joan Didion, Kurt Vonnegut, and Elizabeth Bishop.

The World Beyond Your Head: On Being An Individual inan Age of Distraction by Matthew B. Crawford
Among the most basic questions that arise when pondering creativity is this: how does one carve out the time and the space, whether physical or mental (or both), to create? In The World Beyond Your Head, Matthew B. Crawford examines the way that we perceive the world from multiple angles, from those involved in painstaking craftsmanship to professional athletes. What he discovers about how we perceive the world provides plenty of grist for those pondering the interaction of creativity and inspiration.

Wonderbook: The Illustrated Guide to Creating ImaginativeFiction by Jeff VanderMeer
Some of the best advice on creativity can come from visionary artists and writers. Jeff VanderMeer certainly falls into that category: his fiction is often set in surreal, phantasmagorical landscapes, but never loses touch with human emotions. In Wonderbook, he offers pointers on creating fantastical fiction in both written and illustrated form, along with advice from the likes of Karen Joy Fowler, George R. R. Martin, and Neil Gaiman.

33 Artists in 3 Acts by Sarah Thornton
Sarah Thornton’s examinations of the contemporary art world are fascinating in and of themselves, but their rigor and depth also offer plenty of places to pick up interesting habits, tricks, and insights into the creative mind. As the title suggests, a large number of artists are featured here, and Thornton’s narrative approach provides plenty of information on the evolution of their practices and the way that they’re able to find inspiration.

Pick Me Up: A Pep Talk For Now & Later by Adam J. Kurtz
Sometimes, creativity requires you to mark things up, jot down notes, and track your progress. Pick Me Up features a blend of writing prompts, motivational phrases and activities (“Draw your guts, then learn to trust them”), and more. It’s a stylized take on creation and grappling with anxieties, but its blend of optimism and irreverence might just the thing you need to get past something that’s been blocking you.
Posted by Cabecilha at 7:13:00 PM No comments: