Marina Abramović Charges into the Metaverse

The cult performance artist discusses her first-ever NFT release, 'The Hero 25FPS', and fostering the next generation of Web3 creatives

With the release of her first NFT project, the self-styled ‘warrior’ of performance art Marina Abramović steps into the Web3 space. In collaboration with digital art and culture platform CIRCA, she revisits her 2001 film The Hero, which has been split into hundreds of unique frames to form a set of NFTs called The Hero 25FPS. With this ‘performance on the blockchain’, as CIRCA calls it, the artist responds to global instability and the public’s deteriorating trust in the institutions built to protect them.

The Hero, which was originally created in memory of the artist’s father, who fought against the Nazis in Yugoslavia during the Second World War, depicts a valiant Abramović holding a white flag while astride a white horse. Today, the image speaks to Abramović’s desire to inspire a new generation of incorruptible heroes who can bring real change to a fractured world.

Angel Lambo: In recent interviews about your inaugural NFT project, you stated that we need ‘less artists and more heroes’ and have spotlighted individuals like Txai Surui, a climate activist, Pussy Riot’s Nadya Tolokonnikova, a political activist and Volodymyr Zelensky, Ukraine’s wartime president, as paragons of heroism. Some may say figurehead worship is at odds with the philosophy of Web3, which privileges collectivist action. Does The Hero 25FPS challenge the lone, exceptional hero trope in any way?

Marina Abramović: I love this question because you’re absolutely right and it has really made me think. I have two thoughts. First of all, every revolution needs a hero. Every battle needs a hero. Every story needs a hero. When Josef O’Conner (founder of CIRCA) approached me about doing [this project] I felt a great need to share The Hero with the world because right now we are at a turning point in human history and this time calls for new ideas of heroism. This brings me to my second thought: Why the figurehead? Why Nadya? Why Txai? Why the lone soldier? What should heroism look like today for it to really serve the collective purpose? What is the purpose of heroism today? So many questions.

The answer I have is a question. And the question is, What matters the most? Because that is why we create art. If people engage with this work ­­– if they see it appear on Piccadilly Lights or in Times Square or on their phone — and it makes them stop and think, ‘Who is my hero?’ then I have succeeded. Art is about planting ideas and allowing those ideas to grow into trees. Trees create forests and those forests give oxygen, which supports an entire ecosystem. Right now, we are building a new collective ecosystem that will hopefully pull us as away from this nightmare. Hopefully not as far away as inhabiting another planet, but far away from nuclear weapons. Far away from toxic masculinity. Far away from Trump. Far away from all this bullshit. That is what the future demands of us all. We need new heroes.

AL: For decades you have pushed the boundaries of performance art and found new ways to build intense, visceral connections with your audience. How is this ‘performance on the blockchain’ a continuation of that legacy?

MA: What excites me the most about entering this new Web3 space is how it divides opinion. And at 75 years old, [for me] to still divide opinion is a privilege. But if we are talking about legacy, this project reminds me a lot of what it was like in the 1970s when we pioneered performance and people genuinely thought we were crazy. They didn’t understand what we were doing by engaging in the immaterial. How do you hang a performance on the wall? Well, you take a photograph of it. You film it. But nobody used to buy film. So, this was the dilemma.

I could never have performed ‘The Artist Is Present’ (2010) in the ’70s because the audience wasn’t prepared for it then. Timing is so important when making art. Around 1985-86, I was asked what the future of art is. I said that I see it as the transmission of the artist’s experience to the audience in an immaterial way — an exchange of energy. And now it looks like this prediction is coming true with NFTs. What we were doing in the ‘70s has manifested its way into this new space where a generation of artists are finding innovative ways to support their practice, and we must support them because they are the future.

I never expected a symmetry to emerge between my past and present through this project. In a way it’s quite romantic and I am happy to support this new generation by donating a percentage of the funds generated from this NFT project towards Hero Grants. I am inviting people working within Web3 to submit ideas. Ideas that make the world a better, more beautiful place. People who demonstrate heroic vision will then receive a grant in the coming months. The grants we award from The Hero 25FPS is my small way of contributing to this future.

AL: How has this project changed your approach to time-based art?

MA: I didn’t do NFTs for a while because I needed to find the right concept. With The Hero 25FPS, people who want to own the work can collect as many seconds as they want. Marcel Duchamp said that the public completes the work and with this performance on the blockchain, people can either collect a single frame (.jpg) or a sequence of frames (.gif) to complete the work.

If you think about my most famous works, they have always relied on an audience to be present. It is the same with this project because the audience can decide how much of the movement and how much of the experience they want.

AL: Early performance artists like yourself were ridiculed in the same way that artists working in Web3 and on the blockchain are today. Based on your own experience, what advice would you give to them?

MA: I’m doing something better than giving advice, I’m giving grants. These Web3 artists don’t need my advice, they need our support and understanding. It’s tough out there and I don’t know how this generation finds time to earn enough money to pay rent, buy food and then make work. I am collaborating with CIRCA because of the amazing work they do with #CIRCAECONOMY (a programme that generates funds to provide young artists with original commissions, scholarships and grants). We are now doing something similar with Hero Grants. I initially wanted to give money to Ukraine but I did that already this year when we raised USD$150,000 reperforming ‘The Artist Is Present’ in collaboration with Sean Kelly Gallery. Now I want to focus on unlocking new ideas of heroism within the Web3 space. So my advice would be to go to the nft.circa.art website and apply for a hero grant.

AL: From experimenting with virtual reality technology in your climate-conscious project Rising (2019) to staging an opera in 2020 inspired by the American soprano singer Maria Callas, and now NFTs, are there any other mediums that you plan to explore in your work?

MA: I am very passionate about exploring the medium of doing nothing. We have all become far too busy and preoccupied with life. There are so many emails and news alerts. Sometimes you just have to say ‘Okay fuck it, I’m doing nothing today’ and that’s fine. In fact, that’s great. Why? Because life opens itself up to you in ways that one can’t possibly imagine when you are doing nothing. This is the greatest medium of them all. When I was doing nothing, I dreamt up some of my most important ideas. I strongly recommend everyone reading this to do nothing today. 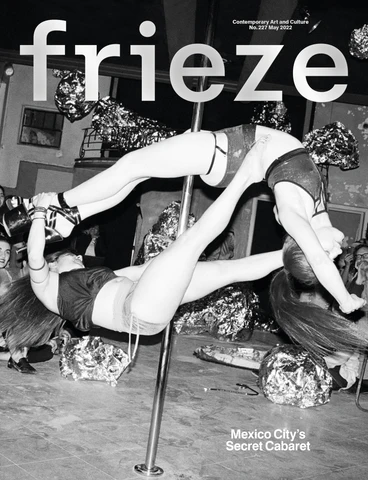 'The Hero 25FPS' NFTs by Marina Abramović launched 25 July 2022 at 2PM UTC on the Tezos blockchain.

Main image: The Hero, 2001, image render at Piccadilly Lights; Courtesy: CIRCA and the artist

Angel Lambo is associate editor of frieze. She lives in Berlin. 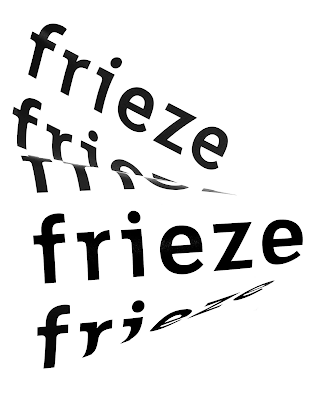 © FRIEZE 2020 MANAGE PREFERENCES | DO NOT SELL MY PERSONAL INFORMATION