McLaughlin: I tell my hands 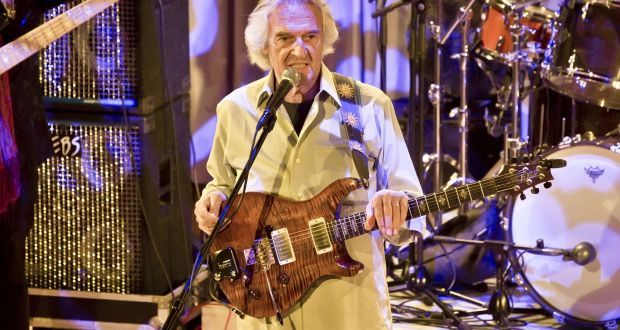 John McLaughlin: ‘I tell my hands how beautiful they are. Now I have no pain at all’

The great guitarist on arthritis, choosing art over money and working with Miles Davis

John McLaughlin on stage during a concert in April 2019 in Berlin, Germany. Photograph: Frank Hoensch/Redferns

Identity is a fluid concept for guitarist John McLaughlin. He was born in Yorkshire; forged as a guitarist in Swinging Sixties London; summoned to New York to play with the cream of American jazz; became leader of the Mahavishnu Orchestra, deeply connected to India and its music; then a globe-trotting jazz superstar; and for the last four decades has based himself in Monaco. So just who does John McLaughlin think he is?

“My entire musical career is based on black American music,” he says via Zoom from his Riviera home. “Whether its rhythm and blues, funk or jazz, whether its straight-ahead jazz, Coltrane or the greats, this is my music, this is my school. But my answer would be: I feel European if I feel anything at all.”

In fact, he’s very proud of his Irish name and first visited the land of his ancestors in the early 1960s, when, as a young guitarist with Herbie Goins and the Night-Timers, he was part of the glamorous international jet set that flew into Dublin in 1962 for the 21st-birthday party of Guinness heir Tara Browne at Luggala in the Wicklow mountains.

“That was my first time going to Ireland, and I have to tell you that I had a feeling of coming home. Isn’t that strange?” McLaughlin is an easy interviewee: gracious, talkative, enthusiastic and wearing his 80 years lightly. “I hadn’t really thought much about Ireland growing up, but actually to arrive in Ireland and see it, it affected me very deeply.”

“I did a very bad thing. I just hit the gas and left everybody in the shit. It’s bad”

The Night-Timers was just one of several prominent R&B bands that McLaughlin played with during the mid-1960s. This was a time when the London scene was enjoying its blues explosion, and McLaughlin, already a fluent, technically gifted guitarist, played with some of the most influential bands of the time, including the Graham Bond Organisation with Jack Bruce and Ginger Baker; and Georgie Fame and the Blue Flames. He even gave a few guitar lessons to a pre-Led Zeppelin Jimmy Page. But as the 1960s progressed, he found himself increasingly cast as a gun for hire, and while he enjoyed the financial independence, it nearly destroyed him as a musician.

“The thing is, most of it was rubbish,” he says of the endless round of commercial recordings he did in the late 1960s. “And I saw what it was doing to musicians. They had this look in their eyes that really disturbed me, and if I was going to continue that way, I was going to die.”

One day McLaughlin pulled his car up outside yet another London studio and sat there for a few minutes contemplating his destiny. And then, he says, “I did a very bad thing. I just hit the gas and left everybody in the shit. It’s bad.” Even 50 years later, he still feels a little guilty about it. “So I became more poor again.”

He moved to Holland for a while, recorded his first jazz album, Extrapolation, and was beginning to find his feet as a jazz musician when he got a phone call that would change everything. It was from legendary Miles Davis drummer Tony Williams, an invitation to join a new trio he was forming with organist Larry Young. At the time, Williams was still a member of the Davis group, and when McLaughlin arrived in New York on a freezing night in early January 1969, the drummer was fulfilling his last engagement with the great trumpeter.

“They were playing at this club in Harlem called Club Baron, and I was standing at the bar the first night. The door opens and Miles walks in, and he had on this big black cape, and he was so handsome and just – what an aura he had. And he saw me and, as he walked past me, he brushed me with his cape, and he said ‘Johhhhhn’ ” – McLaughlin gamely imitates Davis’s husky drawl – “and he walked on. That blew my mind because he knew my name.”

The next day Williams brought his new guitarist to visit Davis at his apartment in Manhattan. “And Miles said to me, ‘We have a date tomorrow, bring your guitar’. And that was it.”

Although he wasn’t to know it at the time, McLaughlin had just been invited to take part in what would become one of the most famous recording sessions in jazz history, which would sharply divide opinion in the jazz world and usher in the era of jazz fusion. Nor was he to know that Davis, in the way that he had of pushing his musicians out of their comfort zones, was about to anoint this unknown 27-year-old English guitarist as one of that art form’s patron saints.

McLaughlin has honed his Miles impersonation over the years, and clearly enjoys conjuring the economy and menace with which the trumpeter expressed himself

McLaughlin has told it many times, the famous story of what Davis said to him in the studio, but he tells it with good humour and generosity, like it was yesterday. The next day he found himself in the famous CBS studio on 30th Street (where Davis’s epochal Kind of Blue was also recorded) with some of the most important musicians in American jazz. The band began working on In a Silent Way, the tune by keyboardist Joe Zawinul that would give the album its name.

“So I am sweating big time, and I don’t really know what to do, so after maybe 30 seconds, which felt like an hour to me, he comes out with ‘Play it like you don’t know how to play the guitar.’ ”

It’s ironic that the phrase that has followed McLaughlin around ever since should be a reference to not knowing how to play the guitar. There are few in the world who know better how to play that instrument. Certainly other guitarists, including Pat Metheny and Jeff Beck, rate McLaughlin as probably the greatest alive. But even today, the mysterious opening melody of In a Silent Way stands as one of the guitarist’s most personal, most affecting performances.

“That was the thing about Miles, because when he had his musicians get like that, they would play from a place they don’t know, instead of playing what they know or what they think Miles wants, or what they want to show Miles.”

Over the next couple of years, McLaughlin would become a regular with Davis, recording ground-breaking albums such as Bitches Brew and On the Corner. But it was also a time when he began leading his own groups, notably the trail-blazing Mahavishnu Orchestra (which included Irish-born bassist Rick Laird) a band that signalled McLaughlin’s growing interest in Indian music. He would go on to become perhaps the first western musician to fully integrate the complex rhythms and melodic improvisations of the Indian classical traditions into his own playing, which reached its virtuosic zenith in his Indian supergroup Shakti. In the early 1980s, McLaughlin broke through to a wider audience in an acclaimed trio with fellow jazz guitarist Al Di Meola and Flamenco master Paco de Lucía. They were known simply as the Guitar Trio, and their 1981 recording Friday Night in San Francisco is ground zero for fans of the acoustic guitar.

Since 2007 McLaughlin’s main performance vehicle has been the powerful group The 4th Dimension, which he is bringing to Dublin, but there have also been revivals of Shakti and the Mahavishnu Orchestra that have reminded listeners of just how much incredible music has flowed from his hands over the past six decades. But dismay broke out among McLaughlin fans in 2017 when it was announced that the great guitarist was suffering from arthritis and would not be performing live any more.

He credits his miraculous recovery to learning about American doctor Joe Dispenza, who healed his own broken back through meditation and what McLaughlin calls “intent”. “I’m still into my yoga and my meditation, because that’s an integral part of my life, and before my meditation, I sit down and go into my hands and I talk to them, and I tell them how beautiful they are, how much I love them, and how marvellous and miraculous they are. Now, since the last three years, I have no pain at all. I’ve never felt better musically. We are capable of amazing things, but we underestimate ourselves.”

What a fantastic life I’ve had. How fortunate I am, to have played with the best in the West, the best in East

His recovery, alas, coincided with the Covid pandemic, and for the past two years McLaughlin has been waiting, it seems quite impatiently, to get back on the road. Earlier this year he celebrated his 80th birthday, but as he looks forward to a European tour that brings him to Dublin on May 26th, he sounds more like the wide-eyed twentysomething guitarist that Miles Davis knew.

“When I look back on my life as musician, I can only say ‘Hey, thank you God!’, not just God, ‘Thank you people, thank you music!’, because what a fantastic life I’ve had. How fortunate I am, to have played with the best in the West, the best in East. I mean, Jesus, come on!” he says, laughing. “I can’t ask for more than that. And I’m still here. I just need a gig, man.”

Naturally, the folks in the National Concert Hall are happy to oblige. 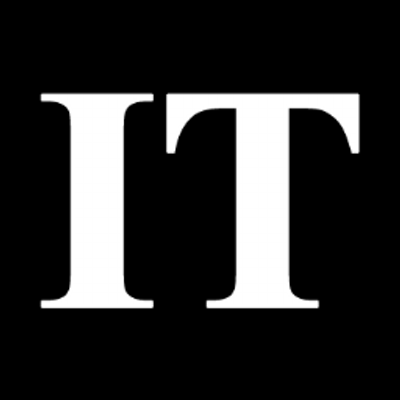 John McLaughlin and The 4th Dimension play at the National Concert Hall, Dublin, on Thursday, May 26th. nch.ie