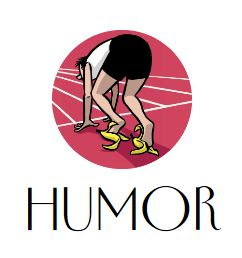 WASHINGTON (The Borowitz Report)—Donald J. Trump deleted nine tweets early Wednesday morning in a failed attempt to spell the word “subpoena,” a White House source confirmed.
According to the source, Trump spent more than an hour angrily trying to spell the legal term before giving up in disgust.
“I’ve never seen him so enraged,” the source said. “He hates the word ‘subpoena’ more than the E.P.A. hates the words ‘climate’ and ‘change.’ ”
Having been flummoxed in the past while trying to spell such words as “heel” and “tap,” Trump now believes that the word “subpoena” is “out to get him,” the source said.
Speaking to reporters later in the morning, Trump called the word “subpoena” “disgraceful” and said that it had treated him “very unfairly,” but stopped short of threatening to fire it from the dictionary.

Andy Borowitz: The End of Trump
The New Yorker contributor discusses Nazis, Donald Trump and impeachment, and starting his own movement, élitism.

Satire from The Borowitz Report

Americans Startled by Spectacle of President Who Can Speak English

Just minutes into the telecast, thousands of viewers called the networks to inquire if they were witnessing a hoax.

By Andy Borowitz
Apr. 25, 2018
Satire from The Borowitz Report

Nation Shocked to Learn of Possible Bias at Fox News

“I know I speak for a lot of people when I say that today was the day that America lost its innocence,” one viewer said.

The Promise of Vaping and the Rise of Juul

Juul is saving smokers from cancer. It’s also getting kids hooked on nicotine.

Donald Glover Can’t Save You

The creator of “Atlanta” wants TV to tell hard truths. Is the audience ready?

By Tad Friend
Posted by Cabecilha at 8:15:00 PM No comments: