Sure, they have more time and productivity is up. But there are also deeply personal reasons employees don’t want to go back to work as it was.

You have 3 free articles left this month. Support our journalism by subscribing to Fast Company Premium or Login here.
The pandemic has transformed how we think about lunch
Don’t call it a side hustle, think of it as dual careers
This is the most advantageous way to think of hybrid work
BY GWEN MORAN5 MINUTE READ

It’s no secret that employee-employer tensions about heading back to the workplace are growing. As more employers push to get employees back in-house, the workers themselves are taking a harder stand. An April 2021 survey by FlexJobs found that 60% of women and 52% of men would quit if they weren’t allowed to continue working remotely at least part of the time. Sixty-nine percent of men and 80% of women said that remote work options are among their top considerations when looking for a new job.

The “official” reasons that they don’t want to head back to the workplace are well-documented. They’re more productive. It’s easier to blend work and life when your commute is a walk down the hallway. But, for some, the reasons are more personal and difficult to share. Who will walk the dog they adopted during the pandemic? They gained weight and need to buy new work clothes. The thought of being trapped in a cubicle all day makes them want to cry.

We spoke with several people who shared their very personal reasons why they don’t want to return to work. (Because of the sensitive nature of some of the comments, Fast Company has allowed some of the individuals to use a pseudonym to protect their identities.)

‘I NEED TO NAP DURING THE DAY’

Since 2013, when a backpacking incident caused a spine injury that required two surgeries, Lynn (not her real name) has been dealing with chronic pain and sleep issues. As a result, she’s often tired during the day and realized she wasn’t at her best, especially after lunch, when fatigue would often set in.

“When I’m in meetings, and people throw questions to me, I can’t really answer instantly [or I] say the wrong things,” she says. She didn’t feel comfortable talking to her boss or colleagues about the issues she was facing and was dealing with anxiety, depression, and hair loss in recent years as a result of her sleep issues. But, during the pandemic, she’s been able to adjust her schedule so she can take a nap during her lunch hour and rest periodically when she needs to do so. (Research tells us that naps are good for our brains.)

Since she’s been working from home, her productivity has soared—and her supervisor has noticed and begun complimenting her on her work. She feels sharper and healthier. Her biggest concern right now, she says, is that she will have to give up the balance she has finally found.

‘I’D GIVE UP MY RAISE FOR REMOTE WORK’

Melvin Gonzalez, a certified public accountant (CPA) for Inc and Go, an online business formation website, is facing a dilemma. “I love my career, love my job, and have amazing benefits which include a lifelong pension—something very rare in today’s labor force,” he says. “However, as with everything in life, there is a price to pay: my commute,” he says. Gonzalez travels two hours each way, which adds up to more than 20 hours per week just getting to and from work.

Gonzalez said he never really considered how much time he was spending on commuting until he worked from home during the pandemic, He used the extra time—the equivalent of a part-time job—to go to the gym, spend time with his wife and children, and still get his work done.

Now that he’s facing heading back to the office, he’s not ready to give up that time. He and his colleagues have shared their concerns with their employer, but he doesn’t think remote work will continue to be an option. He says he’s even willing to give up a raise to keep his flexibility. “This has certainly become my main concern about going back to the office,” he says. “I believe my mood for work will not be the same.”

Until the pandemic hit, Frank (not his real name) worked at a high-end restaurant in Philadelphia. What his co-workers didn’t know at the time was that he was struggling with alcoholism. The environment, where he had ready access to alcohol and co-workers who loved to go out for drinks after work, made it difficult for him to quit.

But, while many saw their substance abuse issues increase during the pandemic’s isolation, James was able to get his addiction under control, he says. Now that the restaurant is resuming full service again and inviting him to return to his old job, he has concerns about whether that will put his recovery in jeopardy. “Most people don’t recover because they’re not willing to change their lifestyle,” he says. If he refuses to return to his old job, money will be tight, but he’s pretty sure he can make a go of it. “I also don’t want to admit to all of my co-workers that I’m a recovering alcoholic,” he says.

‘I DON’T WANT TO GIVE UP MY SIDE HUSTLE’

“My reluctance is really the opportunity cost of commuting,” says Shondra (not her real name), a public relations professional in New York City. Before she was laid off in April 2020, she would wake at 6 a.m. to have enough time to get ready, walk her dog, commute, and start work by 10 a.m. After she was laid off, she started picking up freelance work, which turned out to be lucrative—and which she could easily do from home.

Shondra has a new employer, but the plan about whether or not employees will be required to be back at the office full-time is “very unclear,” she says. For now, she has plenty of time to complete her responsibilities for her employer and work on her freelance projects. That won’t be the case if she goes back to her long commute. Plus, the thought of being on mass transit with so many other people gives her pause from a safety perspective, she says.

She’s waiting to see what happens but is reluctant to give up the freelance work that got her through her layoff. “It’s given me the opportunity to build a nice nest egg, in case—God forbid—something like that happens again,” she says. “I don’t want to lose this opportunity by having to return to the office full-time.” 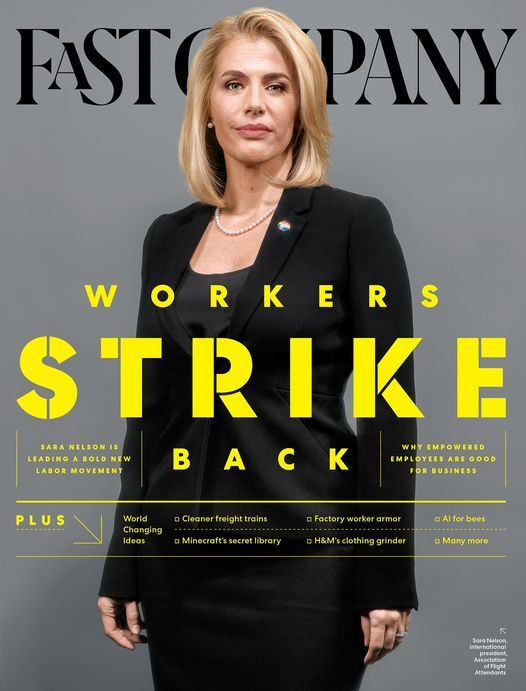